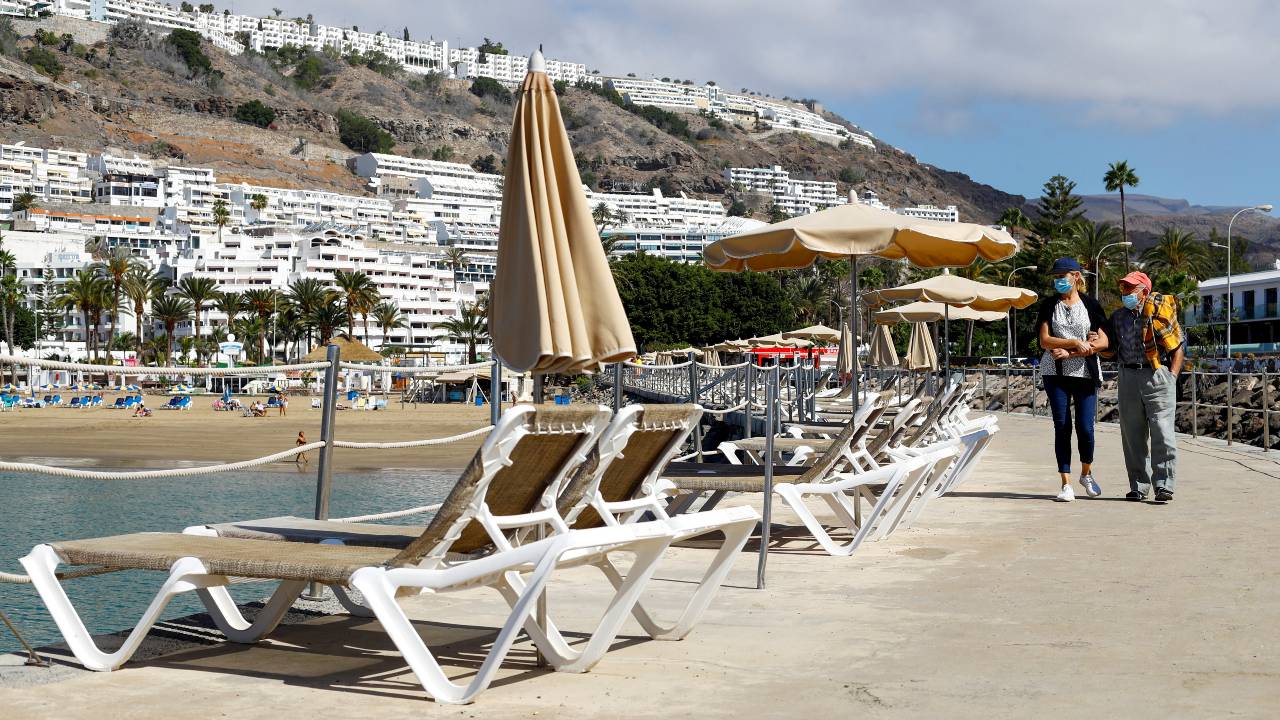 Two tourists walk near Puerto Rico beach, amid the spread of the coronavirus in Gran Canaria, Spain. /Borja Suarez/Reuters

Two tourists walk near Puerto Rico beach, amid the spread of the coronavirus in Gran Canaria, Spain. /Borja Suarez/Reuters

Vacations abroad will be "extremely unlikely" for most Britons this summer because of an increased risk of importing new variants of COVID-19, a scientist who advises the UK government has cautioned.

The warning will worry Europe's already beleaguered airline and travel sector, which after a year of crippling restrictions, could now face another lost peak season.

Traveling for holidays is currently banned under current UK lockdown laws, but it was tentatively set to be lifted on May 17. However, Mike Tildesley, a scientist on the UK government's advisory body, said the risk of bringing vaccine-resistant coronavirus variants into the UK would likely sink any hopes of a summer getaway.

"I think international travel this summer is, for the average holidaymaker sadly, I think, extremely unlikely," Tildesley, a professor of infectious disease modelling at Warwick University, told BBC Radio on Saturday.

Struggling airline and holiday companies like British Airways, easyJet and TUI were hoping to get their businesses back on track during their annual peak season after a year of restrictions.

Other European airline companies suffered stock-market falls on Friday after Paris and much of northern France shut down for a month, days after Italy introduced new restrictions for most of the country including Rome and Milan.

IAG shares were down 4 percent on Friday, easyJet and WizzAir were both down 3.5 percent, and Ryanair traded 4.2 percent lower. Now airlines that have already taken on billions in debt are likely to face further strain without fresh funding.

Half of the UK's adult population have had their first vaccination, making it one of the world's most successful vaccine drives.

Tildesley, who is also a member of the Scientific Pandemic Influenza Modelling group which reports into the government's Scientific Advisory Group for Emergencies (SAGE), added that overseas travel could undermine Britain's vaccination rollout.

"We are running a real risk if we do start to have lots of people going overseas in July, for instance, and August, because of the potential for bringing more of these new variants back into the country," he said.