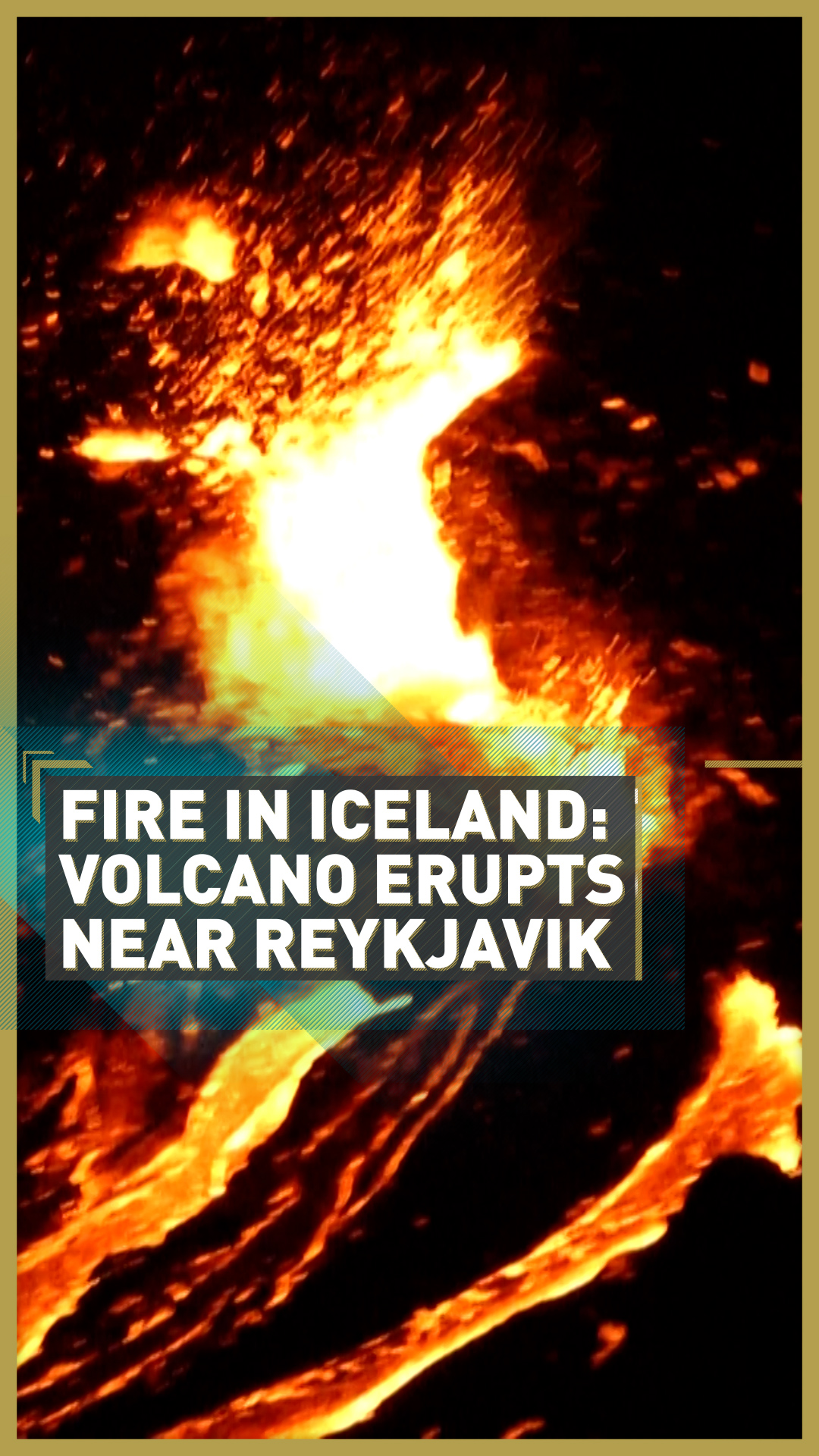 A long-dormant volcano close to Iceland's capital Reykjavik flared into life on Friday night. Lava spewed from a fissure in the earth on the Reykjanes Peninsula, the area's first volcanic eruption in nearly 800 years.

Initial aerial footage, posted on the Facebook page of the Icelandic Meteorological Office, showed a relatively small eruption so far, with two streams of lava running in opposite directions. The glow from the lava could be seen from the outskirts of Reykjavík, about 32 kilometers away.

The Department of Emergency Management said it was not anticipating evacuations as the volcano is in a remote valley, about 2.5 kilometers from the nearest road.

The Fagradals Mountain volcano had been dormant for 6,000 years, and there had been no eruptions at all on the Reykjanes Peninsula for 781 years.

There had been recent signs of a possible eruption, with thousands of earthquakes occurring over the past three weeks – often a harbinger of an eruption. But volcanologists were still taken by surprise because the seismic activity had calmed down. 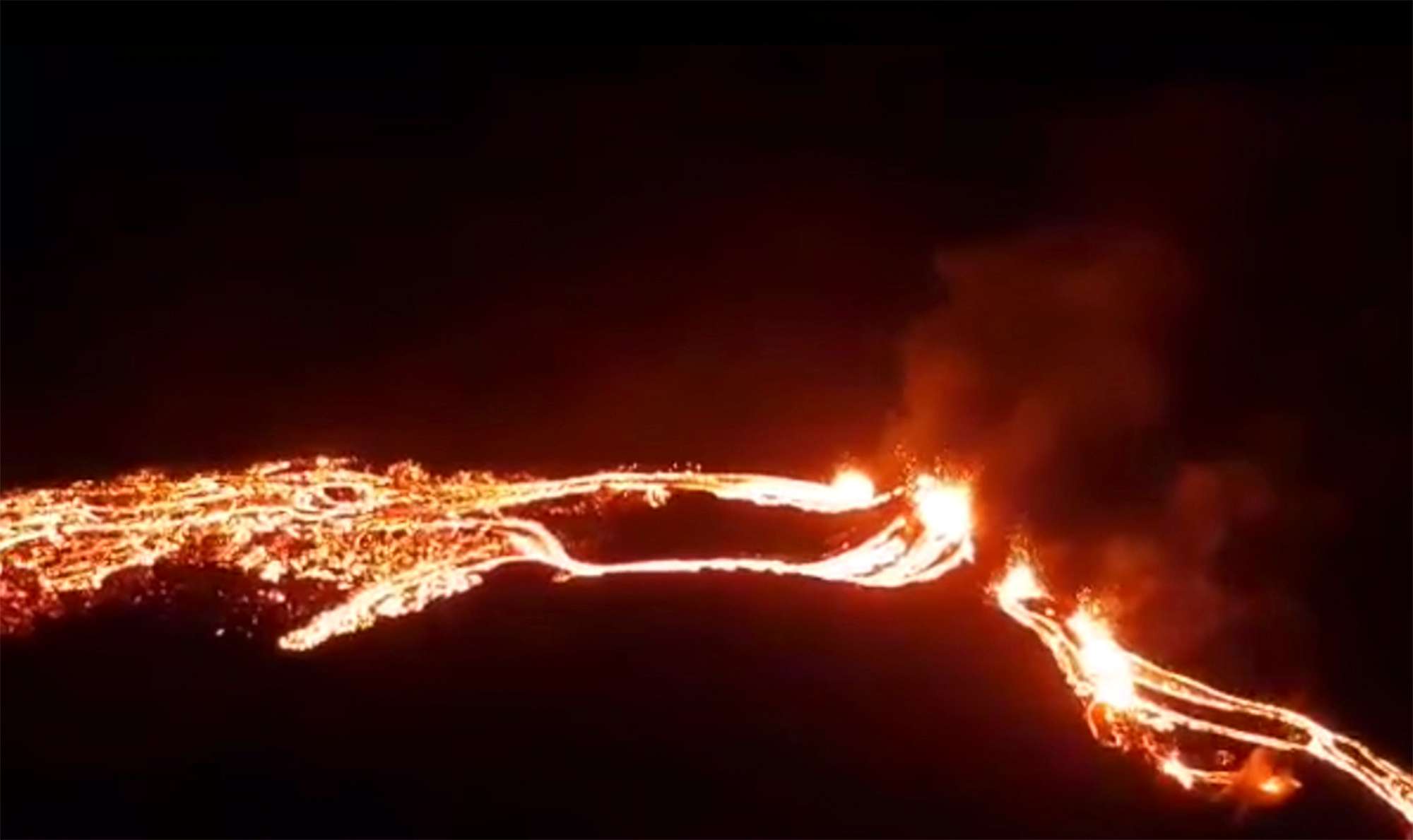 The eruption has sent streams of lava in two opposite directions. /Icelandic Met Office/AP

The eruption has sent streams of lava in two opposite directions. /Icelandic Met Office/AP

Pall Einarsson, professor emeritus of geophysics at the University of Iceland, told AP that the seismic activity was new to the region.

"Big earthquake sequences are not unheard of, but this is the first time we see it here in the neighborhood of the capital of Iceland, Reykjavik. And it's a new experience for a lot of people now, to feel earthquakes every day."

The earthquakes did not create any significant damage, but for people in the area, having to live with continuous tremors is a new experience.