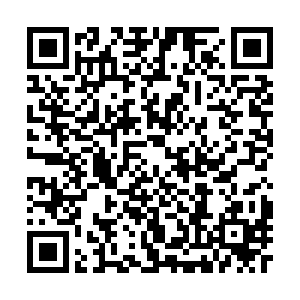 Russia's Gamaleya Institute has gained world fame for making the Sputnik-V vaccine in just a few months. Its head, Aleksandar Ginzburg, tells CGTN Europe that this was possible because it already had well-developed technology and methods of working.

Not too far away from Moscow's Red Square, the Gamaleya Institute made the vaccine breakthrough and it was the speed that it was registered that led to some skepticism. But Ginzburg says that the doubt over Sputnik-V mainly came from businesses rather than scientists.

"We were very well prepared in advance for this work," Ginzburg tells CGTN from his office. "It is how our scientific fate happened.

"Over the past 20 and more years, our institute, our employees have been developing a technological platform that allows introducing different human genes into our organism to replace the spoiled genes with well-functioning ones.

"This technology was well developed, but it was not introduced directly into practice for economic and other circumstances. In 2014 we faced the task of creating a vaccine against the Ebola virus. The structure of that virus is very similar to COVID-19."

Russia's work on an Ebola vaccine was well-known in the scientific community and Ginzburg says that this gave them a head start.

"We realized that we had a very powerful technology in our hands that would allow us to quickly create the vaccine preparations we need," Ginzburg continued.

"Indeed, within 15 months, we had made a vaccine against the Ebola virus, which has demonstrated its very good results both in the first, second, and third phase of clinical trials and in the field conditions of Guinea in Africa. That's why the drug was registered.

"Using this technology, we actually created a vaccine against another coronavirus, the MERS virus, with a lethality of 38 percent. With those developments, we learned about the doses, quantities, timings of the vaccine doses introduction.

"All of that previous work gave us a head start and allowed us, within five months, to develop the vaccine against COVID-19, which you now know under the name Sputnik-V."

Ginzburg says that market competition was behind doubts over the vaccine.

"I haven't seen skepticism among the scientists in the U.S., China and Western Europe," he said.

"It was the economic community that mainly expressed skepticism. The companies that are not engaged in the development of these vaccines and the commercial side. The market for these vaccines is the largest in pharmaceutical history."

Sputnik-V is now reportedly being produced by India and South Korea while it will also start soon in China. Serbia and Italy would be the first countries in Europe to start their own localized production of the vaccine.