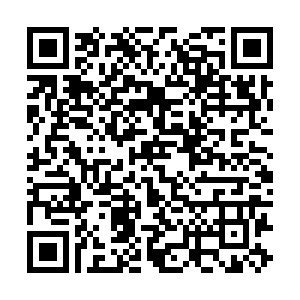 • Portugal will gradually ease lockdown restrictions from next week, Prime Minister Antonio Costa said. Kindergartens, pre-schools and primary schools will reopen on Monday, as well as hair salons, libraries and bookshops, while restaurants will be allowed to open from May 3.

• Italy will implement a nationwide lockdown over the Easter weekend in a bid to stem the spread of the virus. Non-essential shops will be shut from April 3 to April 5, with Italians only allowed to leave their homes for work, health or emergency reasons during those days.

• Europe's drug regulator, the European Medicines Agency, is to investigate whether any of the vaccines approved in the bloc might be linked to a blood deficiency that can cause internal bleeding amid reports that over 30 recipients of the Oxford University-AstraZeneca jab have since suffered blood clots.

• Bulgaria is the latest country to suspend vaccinations of the AstraZeneca jab until Europe's drug regulator, the European Medicines Agency, sends a written statement dispelling all doubts about the vaccine's safety, it says.

• Switzerland has proposed further steps to relax its lockdown restrictions, with outside events like football matches and concerts for up to 150 people and inside events, such as cinemas and theaters, for 50 people allowed again from March 22. A final decision will be made on March 19.

• Austria's Chancellor Sebastian Kurz has suggested that vaccine doses are not being evenly distributed within the European Union. He pointed out that Malta will receive three times as many doses per capita as Bulgaria and the Netherlands would receive more than Germany and twice as many as Croatia.

• Germany is to remove several regions in Spain, including the Balearic Islands and Mallorca and four regions in Portugal - Alentejo, Centro, Norte and the Azores from its list of 'risk areas' from Sunday, meaning travelers will no longer need to quarantine on arrival.

• Germany's Health Minister Jens Spahn has confirmed that Germany will have to wait until "mid-to-late April" to receive its first batch of the newly approved Johnson & Johnson vaccine adding that the EU would be querying the company over the delays.

• Walt Disney's Disneyland theme park in Paris will not reopen on April 2 as planned due to the current overseas travel restrictions, but is "optimistic that we will be able to reopen soon."

• The King of Sweden, Carl XVI and his wife Queen Silvia lit candles at a church ceremony at the chapel of the Drottningholm Palace, just outside Stockholm to honor the victims of the pandemic, on the one-year anniversary of the first confirmed death in the Scandinavian nation. 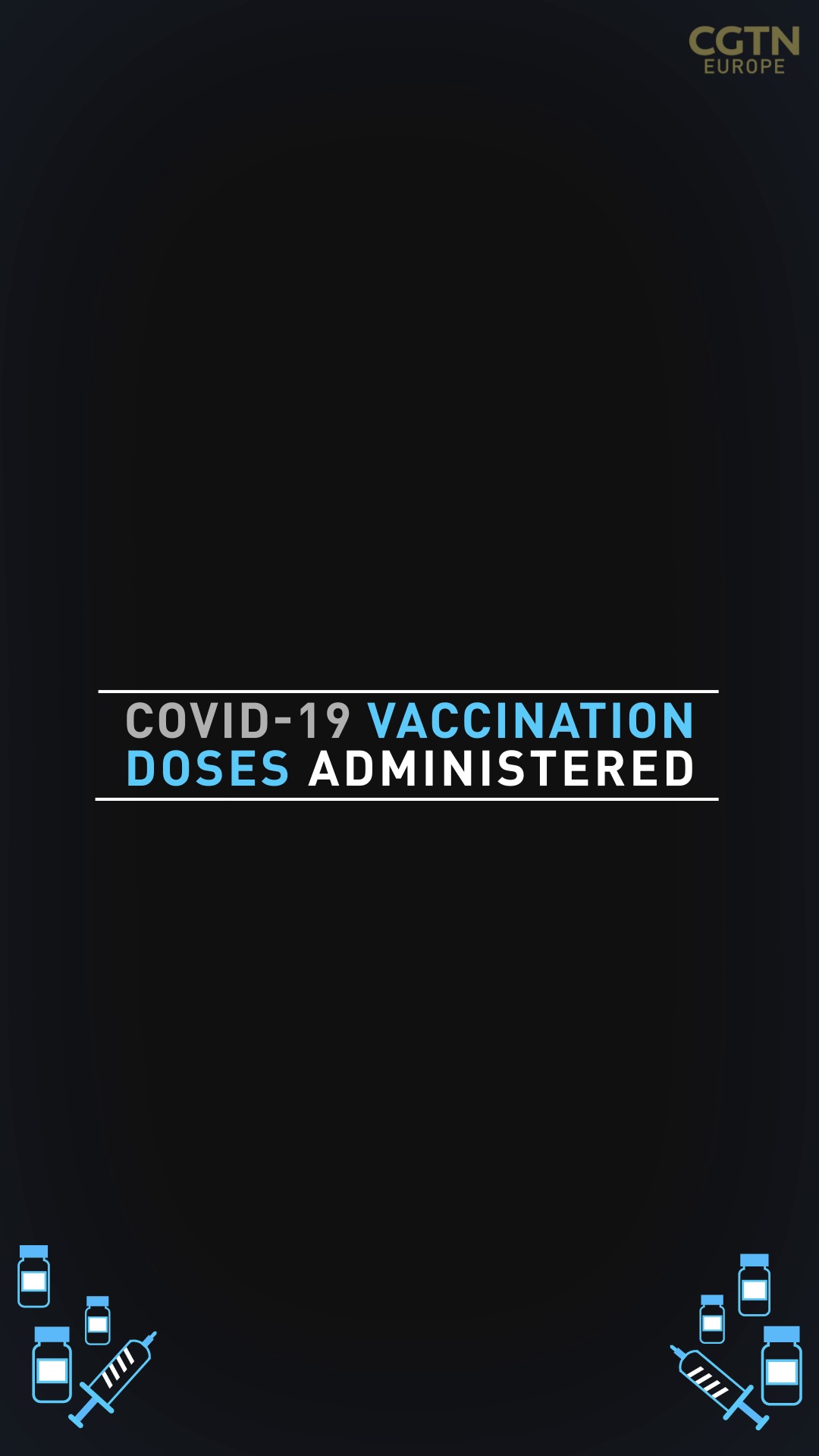 AstraZeneca will come up short on vaccine deliveries once again. The Belgian Federal Health Minister said the vaccine maker will provide 200,000 fewer doses in March than it originally promised.

He called it a "very annoying situation" for countries that have to constantly adjust immunization plans to accommodate fewer doses. The bloc was expecting at least 80 million AstraZeneca shots to be delivered in the first quarter, but the company has confirmed 39 million is the most it can offer after production problems at it's Groot-Bijgaarden plant.

According to a Bloomberg report, the shortfall in doses could continue into the second quarter of 2021.

Brussels' immunization program has been dealt another blow after a number of countries temporarily halted - either partially or fully - the use of the AstraZeneca vaccine as a precautionary measure.

According to the EU regulator, the European Medicines Agency (EMA), at least 30 people have reported blood clots after receiving the jab and at least one person has died.

The EMA said there is no evidence of a link between the clots and the vaccination and that the benefits of receiving the jab outweigh the risks. At least seven member states, including Austria, Denmark, Italy and Estonia, along with non-EU countries including Norway and Iceland have suspended the use of the vaccine. 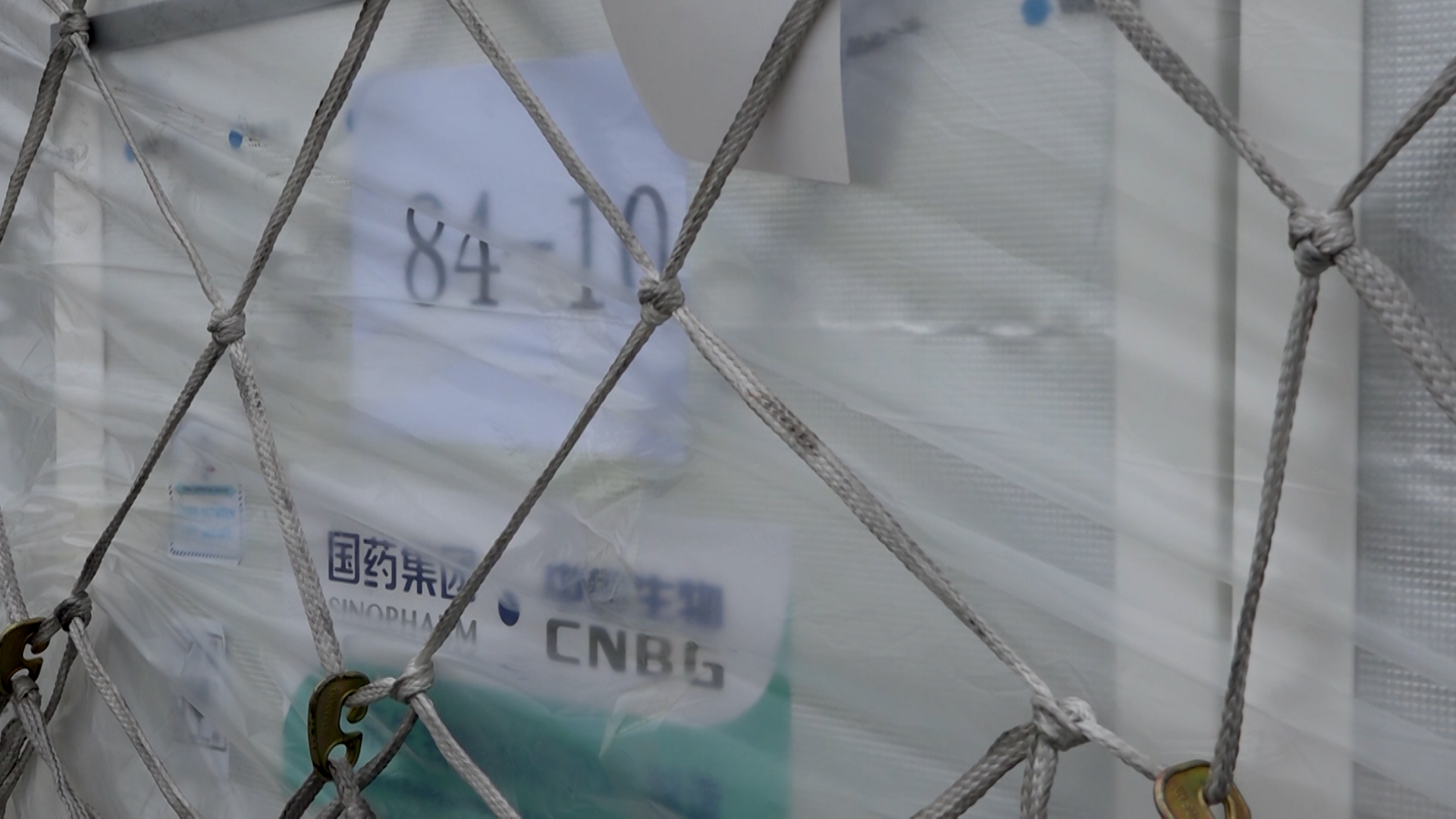 With more than 23 million people across Britain receiving their first dose of a vaccine, Wales is the first UK nation to begin lifting the stay-at-home order.

Restrictions will be eased this weekend but people are being urged not to leave their local area. From Saturday, groups of four people from two different households will be able to socialize outside. The same rules will be applied in Scotland.

Hairdressers and barbershops will reopen in Wales on Monday, and some sports facilities. Visitors will be able to see their relatives in care homes, as long as they visit by themselves, and schools are also reopening slowly. Apart from garden centers, most non-essential retail shops will stay closed until April 12, when they're expected to reopen across the UK.

The Office for National Statistics says the economy has contracted by 2.9 percent in January, with a downturn in shopping and manufacturing. It is an improvement on The Bank of England predictions that had expected the economy to shrink by 5 percent.

The latest data from Germany's Robert Koch Institute shows there have been 12,834 new COVID-19 infections recorded. That's a 20 percent increase compared to this time last week and renews fears Germany is now facing a third wave during this pandemic.

The increase comes as voters prepare to go to the polls in two key regional elections. The elections in Baden-Wuerttemberg and Rhineland-Palatinate will be monitored closely, not just as a barometer on the public's response to the government's handling of the pandemic, but also as a precursor to the Federal election this coming September. 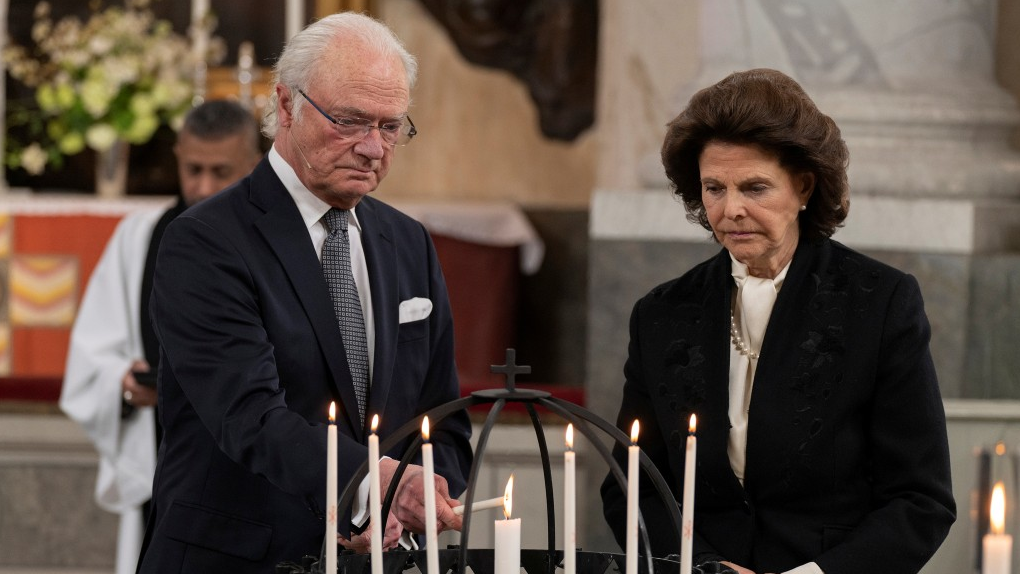 Sweden's King Carl XVI Gustaf and his wife, Queen Silvia, lit candles at a church ceremony on Thursday evening to honor the victims of the pandemic. /Reuters

Sweden's King Carl XVI Gustaf and his wife, Queen Silvia, lit candles at a church ceremony on Thursday evening to honor the victims of the pandemic. /Reuters