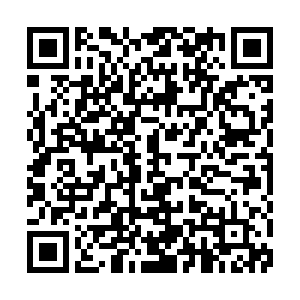 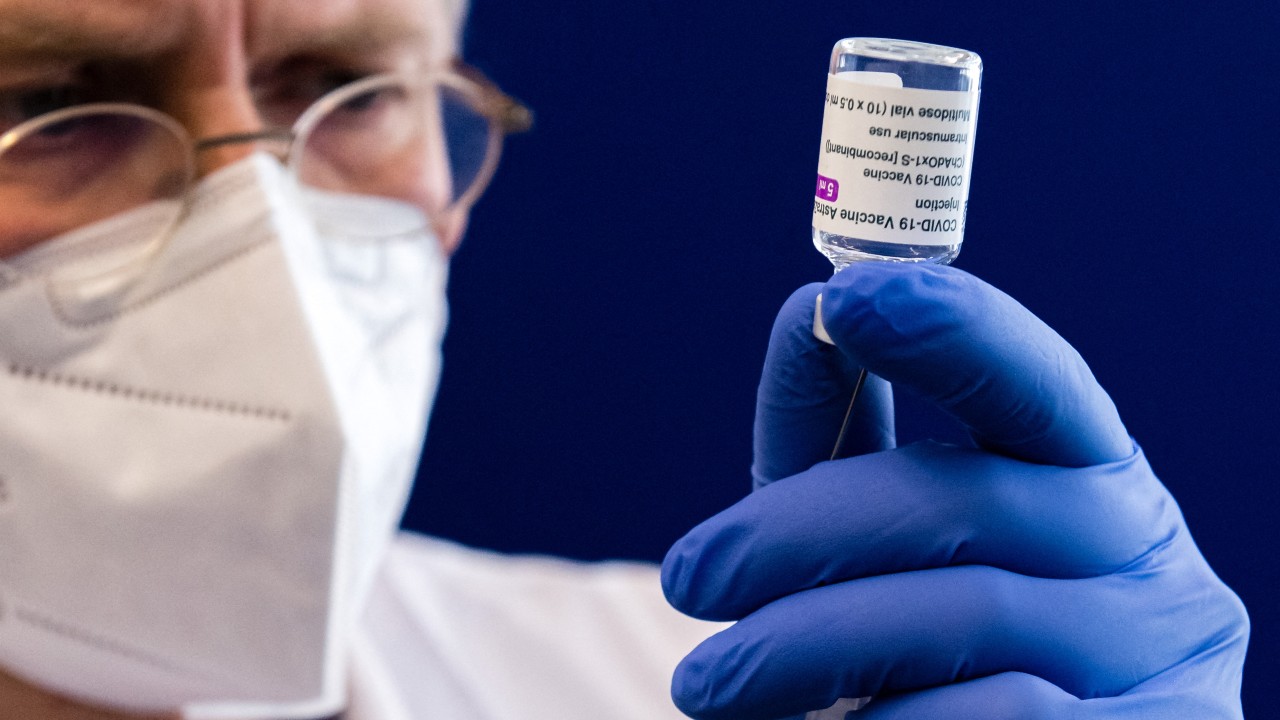 The Oxford/AstraZeneca vaccine was found to be significantly more efficacious after a 12-week gap between two doses. /Jens Schlueter/AFP

The Oxford/AstraZeneca vaccine was found to be significantly more efficacious after a 12-week gap between two doses. /Jens Schlueter/AFP

Updated analysis of the first major study into the Oxford University-AstraZeneca COVID-19 vaccine has backed the decision by the UK government to delay administering second doses.

A report in medical journal The Lancet found that the vaccine efficacy was 81.3 percent after two standard doses given at an interval of 12 weeks or longer. This was compared with just 55.1 percent when doses were given less than six weeks apart.

Can France avoid another full lockdown?

The report was written by Merryn Voysey, lead statistician at the Oxford Vaccine Group, and colleagues.

"Overall, the value of this study is in providing evidence that a single dose of the vaccine is highly efficacious in the 90 days after vaccination, that a longer prime-boost interval results in higher vaccine efficacy, and that protection against symptomatic COVID-19 is maintained despite a longer dosing interval," said the report.

It added: "It offers much-needed evidence for the UK policy of extending the dosing interval to 12 weeks and for rapid mass-immunization campaigns worldwide.

"Further studies are warranted to assess whether a longer-interval strategy would also offer higher vaccine efficacy against the new variants and could be applicable to other types of COVID-19 vaccines." 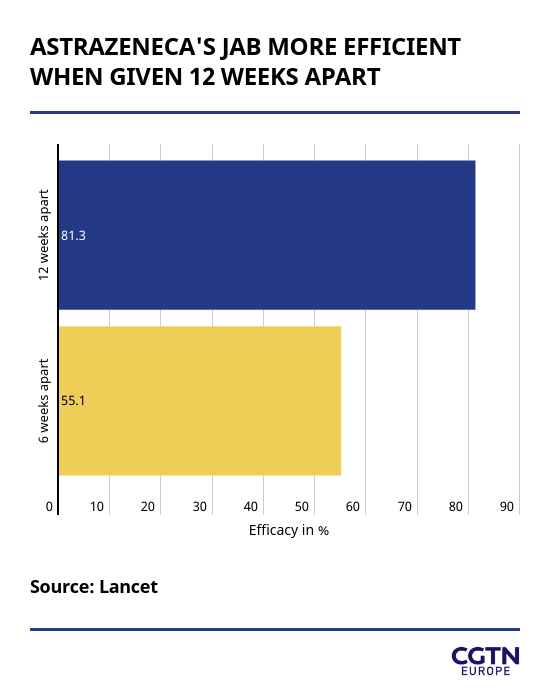 The study involved three single-blind, randomized controlled trials in the UK and Brazil and one double-blind study in South Africa. Analysis of the four trials of 17,178 participants suggested an overall AstraZeneca vaccine efficacy of 70.4 percent, with a higher efficacy of 90 percent in those who received a low dose followed by a standard dose.

The need for a second vaccine dose was reiterated by data showing that a single standard dose had an efficacy against symptomatic COVID-19 in the first 90 days of 76 percent, but provided no protection against asymptomatic infection.

The authors said the study did have limitations, including the fact that participants were not randomised to dosing interval, only one of the four trials was double-blind, and single-dose recipients were self-selected. They added: "Also, worth considering is whether these results would hold up with widespread circulation of more transmissible and lethal viral variants." 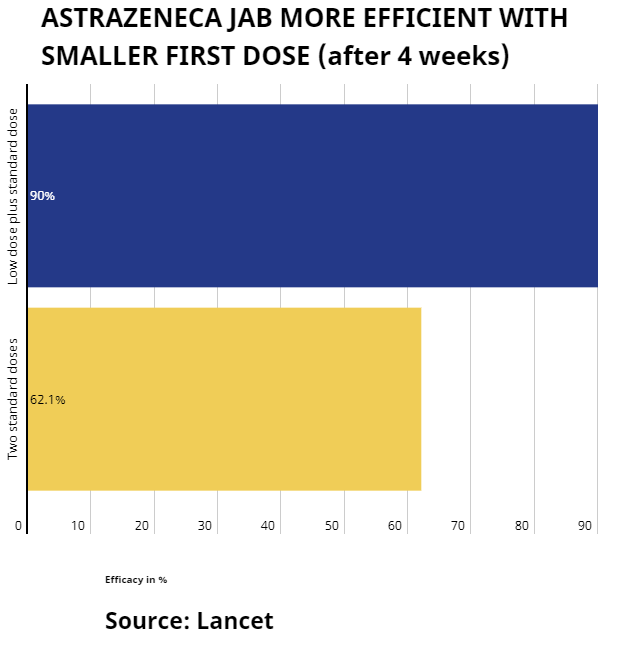 It's the latest study to show the remarkable success of various vaccines created at breakneck pace to help end a pandemic that is barely a year old.

Recent Israeli health ministry data showed the Prizer vaccine was 98.9 percent effective at preventing death by COVID-19 while decreasing the chance of hospitalization by the same percentage. Data from Moderna, Novavax, AstraZeneca and Johnson & Johnson clinical trials show full or 100 percent protection from death due to COVID-19 in vaccinated people.

The same has been proved for China's CoronaVac vaccine, as Sinovac Biotech said late-stage trial data of its COVID-19 vaccine from Brazil and Turkey found the vaccine was 100 percent effective in preventing COVID-19 sufferers from dying.