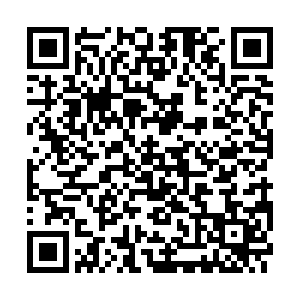 "We can't sort of suddenly decide that were free and then not decide how to exercise it. This government has a very clear agenda to use this moment to unite and level up, and to spread opportunity across the country," said UK Prime Minister Boris Johnson in December, just ahead of the country's departure from the EU.

"Leveling up" has been a key pledge of the Conservative government, as it seeks to address long-standing regional inequalities in the UK economy post both Brexit and now also COVID-19.

It's hoped new policies such as "freeports" can also help the current administration hang on to the so-called "Red Wall" of parliamentary seats it won from the opposition Labour Party at the 2019 general election. Eight freeport sites have now been identified, several in deprived areas, that will allow for goods to arrive in the country that aren't subject to normal tariffs.

Elsewhere, Germany's Volocopter has come a step closer to winning the race to become the first operator of a commercial air taxis. The Stuttgart firm has just raised an extra $242 million in capital in an oversubscribed funding round. On top of the $388 million raised so far, Volocopter says it expects commercial air taxi routes to be opened within the next two years.

The boss of mining giant Rio Tinto is to step down from his post, amid a growing public and investor backlash over the destruction of ancient Aboriginal sites in Western Australia. Despite the group delivering bumper profits in 2020, Simon Thompson said he was "ultimately accountable" for the explosion at the Jukkan Gorge site.

Amazon is launching in one of the fastest-growing e-commerce markets in Europe, Poland, despite analysts warning it's a little late to the party. Its new Polish site went live on Tuesday but as our graph shows, the U.S. giant still faces challenges globally.

And one industry that is booming in lockdown is video gaming. Whether it's on a smartphone, PC or console, sales of games along with music and videos was up almost a fifth last year, so grab your handset!

Read on for more on this and the rest of the day's business news in full.

The UK is to create eight 'freeports'. /Getty Images

The UK is to create eight 'freeports'. /Getty Images

Eight new 'freeports' are to be created across the UK, under plans spelled out in the annual Budget by Chancellor Rishi Sunak. Their creation will allow for goods to arrive in the country from abroad that aren't subject to the normal tariffs paid to the government and are only paid if they leave and moved elsewhere in the UK. The sites will be located at Humberside and Teeside in the North East, at Liverpool in the North West, at East Midlands Airport, and in the south of England at Felixstowe docks, Plymouth, the Thames Estuary and on the Solent.

The sites, some of which are in economically deprived areas, will have "different rules to make it easier and cheaper to do business," said Sunak, while companies locating there will also be offered temporary tax breaks for up to five years. The nations of Scotland, Wales and Northern Ireland are expected to announce similar policies soon.

While more than 30 areas in England reportedly made initial bids for freeport status, a crucial criterion was showing how the development would bring economic opportunities and help "level up" the country.

Boss of mining giant Rio Tinto is to step down from his post after a backlash over the company's destruction last year of sacred Aboriginal sites in Western Australia. Chairman Simon Thompson has said he will not seek re-election at the company's annual meeting next month and that the search was under way for his successor. Despite booming profits, Rio Tinto has faced a storm of protests in Australia for blasting two ancient rock shelters at Juukan Gorge in the Pilbara region, during iron ore explorations in May 2020. In a statement, Thompson said he was "ultimately accountable for the failings that led to this tragic event."

After the explosion, several of Australia's biggest pension funds lobbied successfully for the resignations of former Rio CEO Jean-Sébastien Jacques and two other senior executives. However, figures out last month show Rio Tinto's remuneration committee handed large payouts to all three prior to their departures.

Germany's Volocopter has raised an extra $242 million in additional capital, as it aims to be the first electric air taxi firm to start commercial flights. The oversubscribed listing by the firm, which has attracted heavyweight support from German corporate giants including Daimer and Lufthansa, has now attracted new investment from backers, these include the toll road and airport operator Atlantia, tire maker Continental and funds managed by private equity giant BlackRock.

Italy is to launch a "green" bond as it looks to diversify its sovereign debt portfolio. The nation is selling the debt, which matures in 2045, through domestic banks. The issuance is expected to draw support from individual investors as well as retail funds and are expected to attract cheaper levels of financing if ring-fenced for environmental projects. Other European nations including Germany, Spain and the UK are tipped to follow as they seek funding to support a COVID-19 recovery marked by sustainable development.

German regulators have taken control of the day-to-day running of the troubled lender Greenshill bank, as its parent company warns of a wave of credit defaults. BaFin, the financial watchdog, is using special representatives to oversee operations at the bank, amid reports that it is close to freezing payments. The lender, partly backed by Japan's SoftBank, is seeking insolvency protection in Australia and a rescue deal with new and existing backers

German exports to the UK plunged in January, according to new figures. Brexit helped trigger a nearly 30 percent fall in exports, equivalent to $80 billion in lost trade, according to preliminary data by the country's Federal Statistics Office, close to double the decline seen in 2020 and the biggest annual drop since the 2008 Global Financial Crisis. It comes amid evidence that UK manufacturers stockpiled goods prior to the UK leaving the bloc in January.

Samsung Electronics is considering four sites in the U.S. for a new $17 billion chip plant, just as President Biden calls for a review of the supply chain with a view to boosting domestic production. Two sites in Arizona, another in New York and a fourth in Austin, Texas have been targeted as Samsung continues talks with state officials over possible tax abatement and "significant grants or refundable tax credits."

Meanwhile, Elon Musk's rocket design venture SpaceX is building a new factory in Texas. A company job posting for an engineer to join its satellite-based broadband operation Starlink said a "new, state-of-the-art" manufacturing facility in Austin, Texas was planned to keep up with global demand. Musk says he remains fully committed to the SpaceX project, despite setbacks.

Trading in the stocks of U.S. mortgage provider Rocket Companies was halted several times on Tuesday amid signs the firm may be the latest so-called "meme" stock to be targeted by day traders. Shares in the heavily indebted lender closed up 71.2 percent at $41.60, with more than 367 million shares changing hands in the stock's busiest trading day ever.

Bitcoin is back above the $50,000 mark after climbing to a one-week high. The digital currency was up 7 percent in early London trading.

Amazon has launched its Polish website, targeting consumers in one of the fastest-growing economies in Europe. The e-commerce market in Poland is estimated to be worth $19 billion, but analysts say Amazon faces stiff competition from well-entrenched domestic rivals such as the online shopping site Allegro, which has 20 million monthly customers in a nation of 38 million. Amazon said in January it planned to open a bespoke Polish site to better serve local customers previously reliant on the Polish language section of its German operation.

European car maker Stellantis says it aims to lift profit margins this year, but has warned about the impact of the global chip shortage on production. Stellantis became the world's fourth largest car maker in January with the merger of Peugeot-maker PSA and Fiat Chrysler in a deal that brought together 14 leading brands including Fiat, Opel and Maserati. The group says its hopes to deliver profits of up to 7.5 percent this year, assuming there are no further significant COVID-19-related lockdowns, sending shares up 3 percent in early trading.

Five Chinese online community groups have been fined for unfair price competition, according to market regulators, as the country intensifies efforts to regulate internet firms. The group has received a collective bill of $231,965 in penalties over claims of price manipulation. Community group buying has become a popular e-commerce phenomenon in China, where consumers order goods and food on their mobile phones from providers that lower costs by bulk buying.

And stay-at-home Britons spent a record sum on home entertainment last year, with sales of music, videos and gaming products booming 18 percent to $12.9 billion. It's the eighth consecutive year of growth, according to industry group the Entertainment Retailers Association.

WATCH: Prosciutto di Parma is among the Italian foods on the list of 'Geographical Indications' to be protected in an agreement between China and the EU. But just what will the agreement mean for its producers? 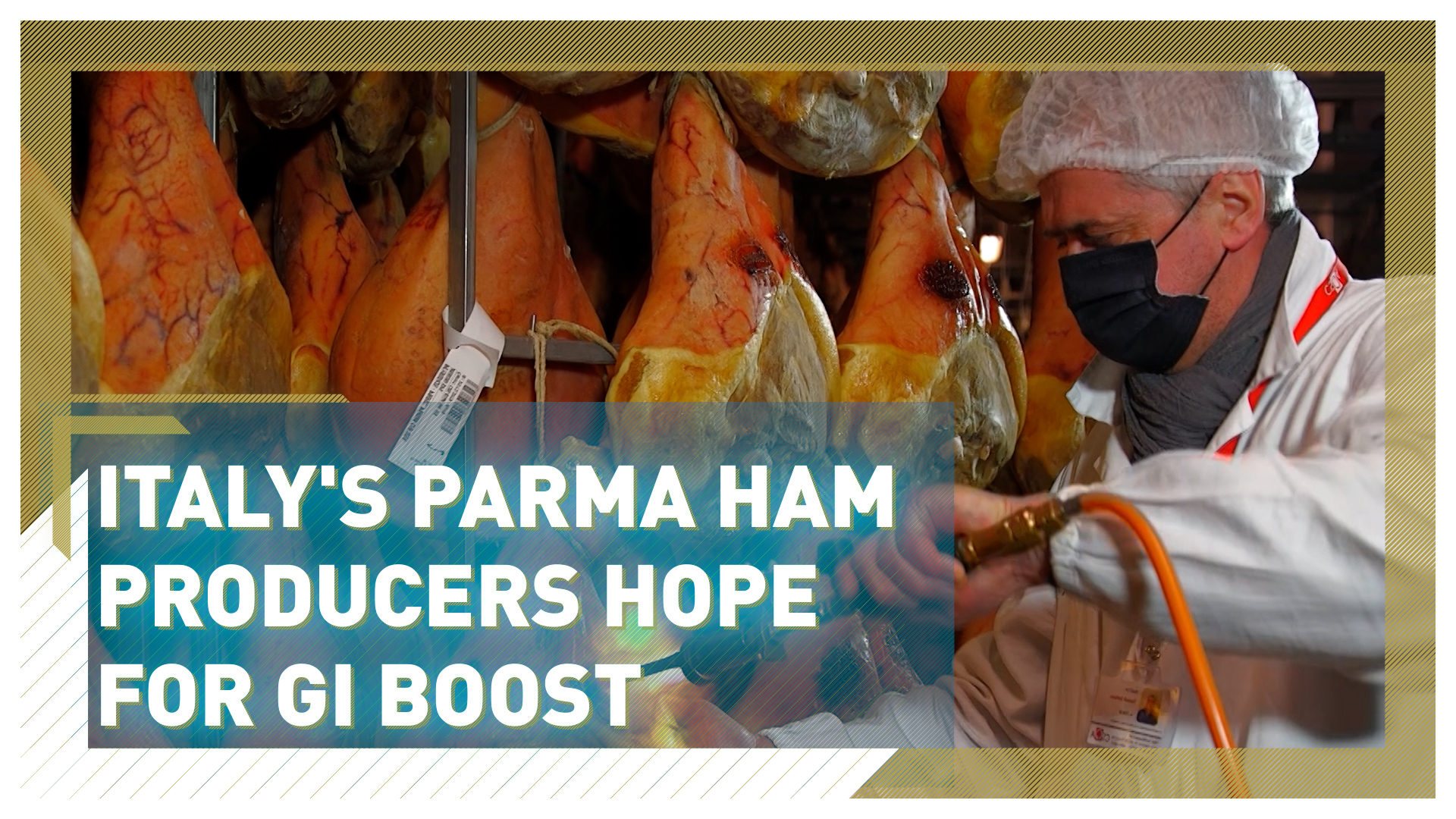 A virtual summit this week looks at how to minimize the impact of plastic waste and carbon emissions from shipping on the world's oceans. CGTN Europe was joined by Minna Epps, director of the Global Marine and Polar Program at the International Union for Conservation of Nature, to discuss the challenges faced at this year's World Ocean Summit.

I think there's been a very big increase in awareness about the importance of the oceans, not only its benefits and function, but also the importance of stabilizing our climate and recently also realizing that it's worth trillions. So I think if the ocean was its own state it would be the seventh largest economy. So there's been a huge investment also in marine industry. So that's a huge potential there.

The summit wants to create a sustainable ocean economy. What would that look like?

So I think when we talk about a sustainable ocean economy, it's basically the concept of a "blue economy." So the blue economy basically looks at the ocean as a economic potential while conserving or meeting the conservation needs. So we might look to the ocean for potential solutions, whether it's for clean energy, etc.. We've been talking about decarbonization, restoring marine ecosystems and also potentially growing aquaculture to meet food security needs. However, all of this really needs to be underpinned and make sure it's done sustainably.

And finally, Amazon's latest site is going live today as it targets Poland, a market where the online retail is estimated to be growing by 42 percent. But the U.S. giant still faces challenges globally. 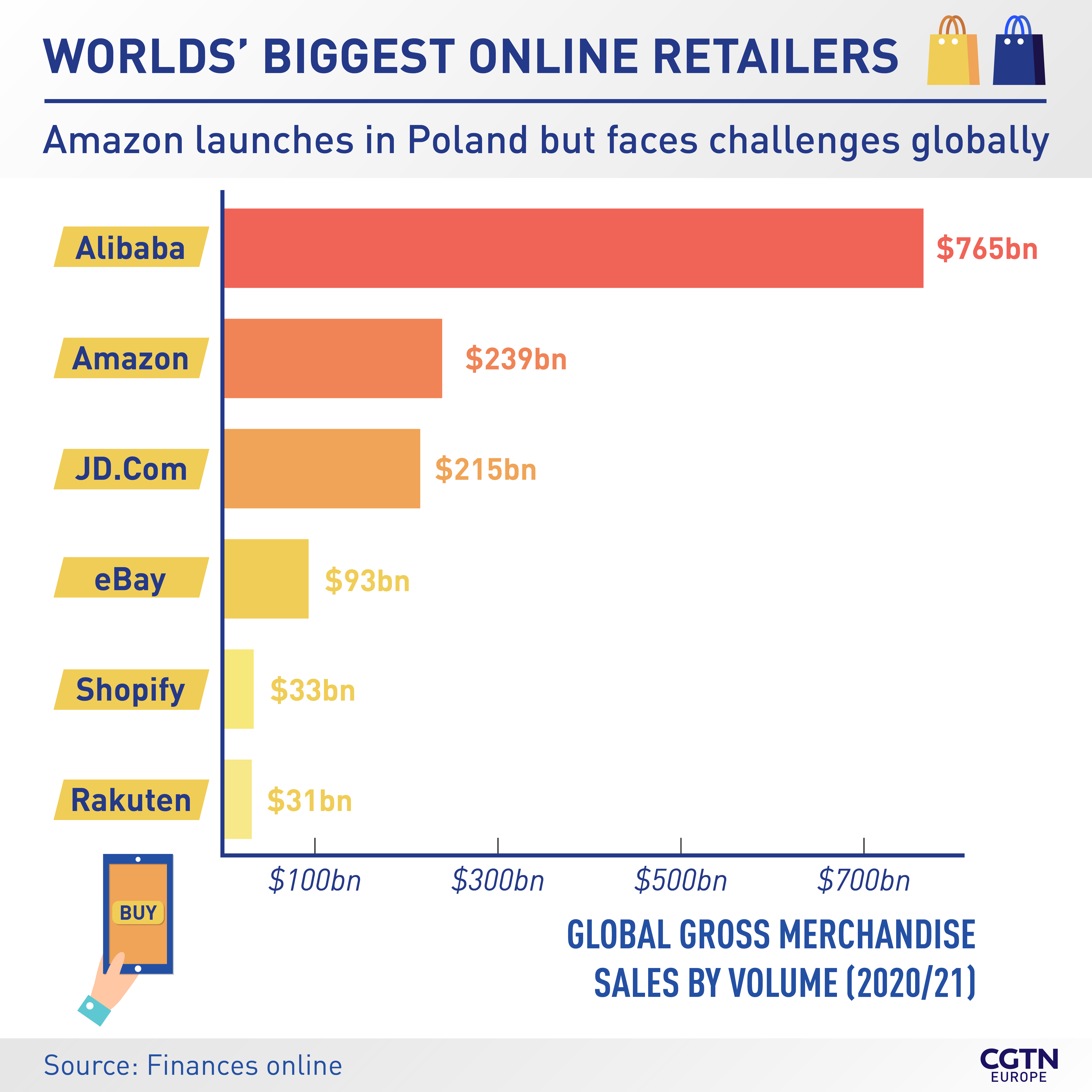