Download
An Italian city offered homes for sale for one euro. Here's what happened next
Giulia Carbonaro and Michele Mosca 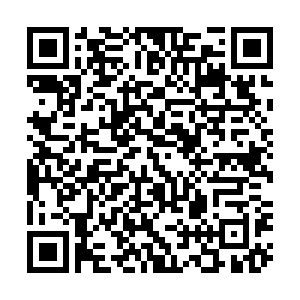 Faced with a crippling issue of depopulation threatening to turn his city into one of Italy's many ghost towns, the mayor of Taranto, Rinaldo Melucci, decided to offer one-euro ($1.20) houses to anyone willing to move there.

In August last year, Melucci announced the unusual campaign to repopulate the historic city center, based on the sale of uninhabited houses for the symbolic price of one euro. There was one condition – the new owners had to commit to restoring the buildings, take permanent residency and not resell the houses. 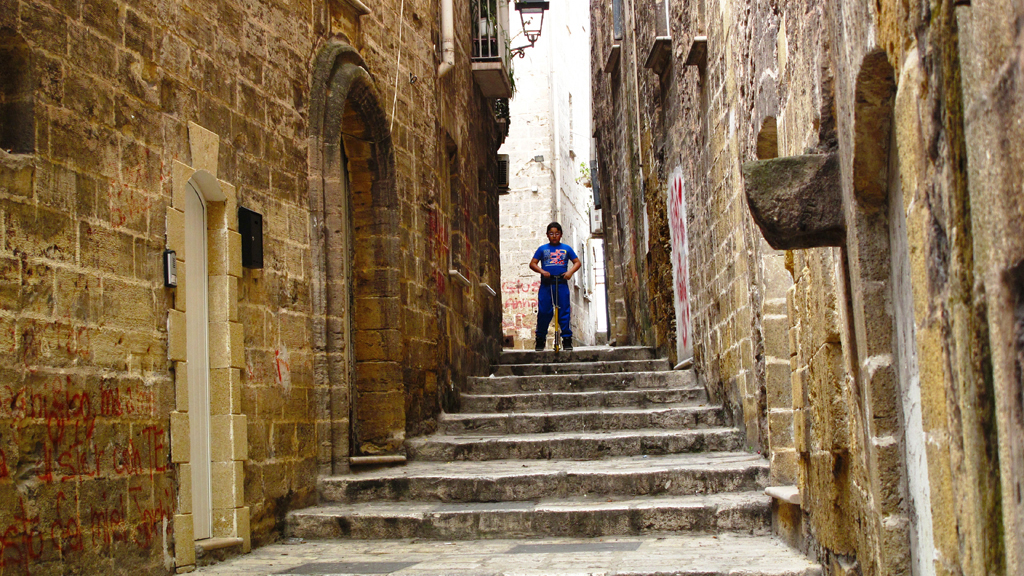 A boy plays in the historic center of Taranto, afflicted by the growing migration of its residents. /Peppe Allegretta

A boy plays in the historic center of Taranto, afflicted by the growing migration of its residents. /Peppe Allegretta

Once a town of more than 200,000 inhabitants, Taranto's population has dived.

The exodus from the city can be dated back to 1975, when the collapse of a building marked the beginning of the growing phenomenon of residents leaving the city in search of better jobs, better living conditions and better futures. Since then, the heart of the city, almost deserted, has been falling apart. 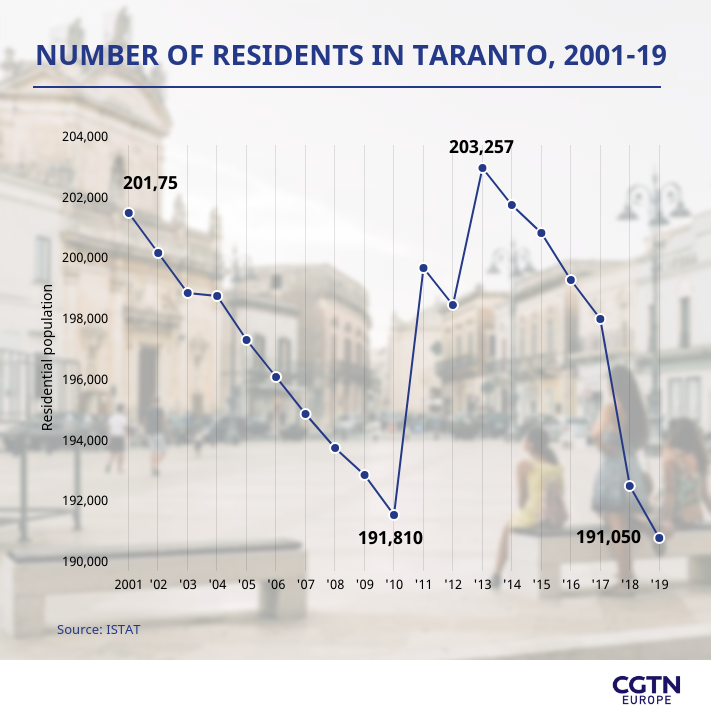 Depopulation is a common reality in Italy. It's enough to stray from the routes of low-budget airlines to discover that, away from the glamour of Italy's biggest cities and the buzz surrounding them, there's a constellation of smaller towns and villages which, after years of the so-called "brain-drain," are becoming ghost towns.

"When we analyzed what we have lost from a demographic point of view, we realized that it was mainly young people, high-spending families and those who we call 'leaving brains' meaning very professional categories," said Melucci. 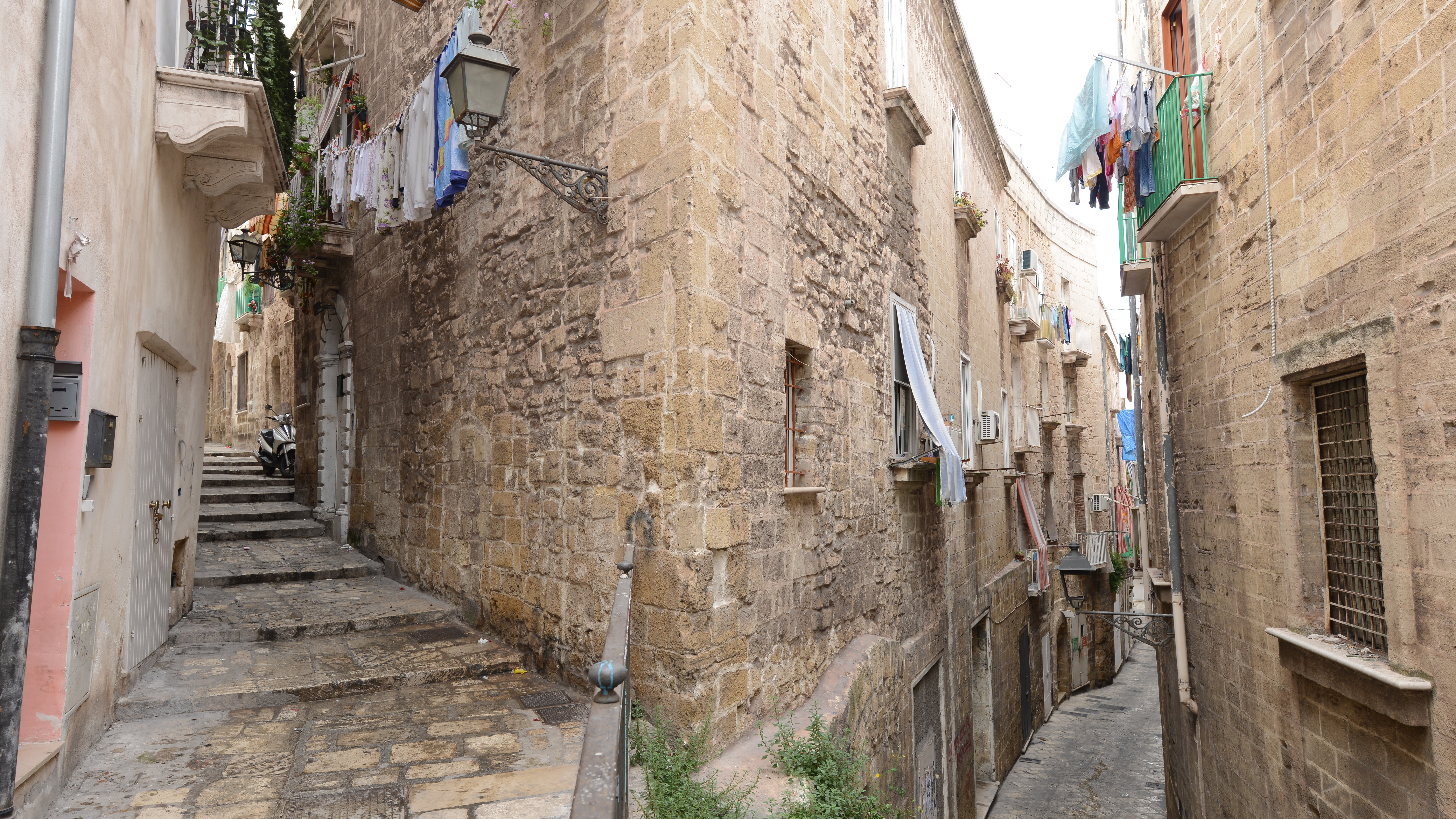 Taranto's town hall has a total of 1,300 empty flats at its disposal, but it began its new repopulation experiment by putting only seven of these on the market for one euro.

The offers flooded in, but the candidates were carefully selected – families with ecologically sustainable renovation projects in mind got priority over estate agencies and business companies. 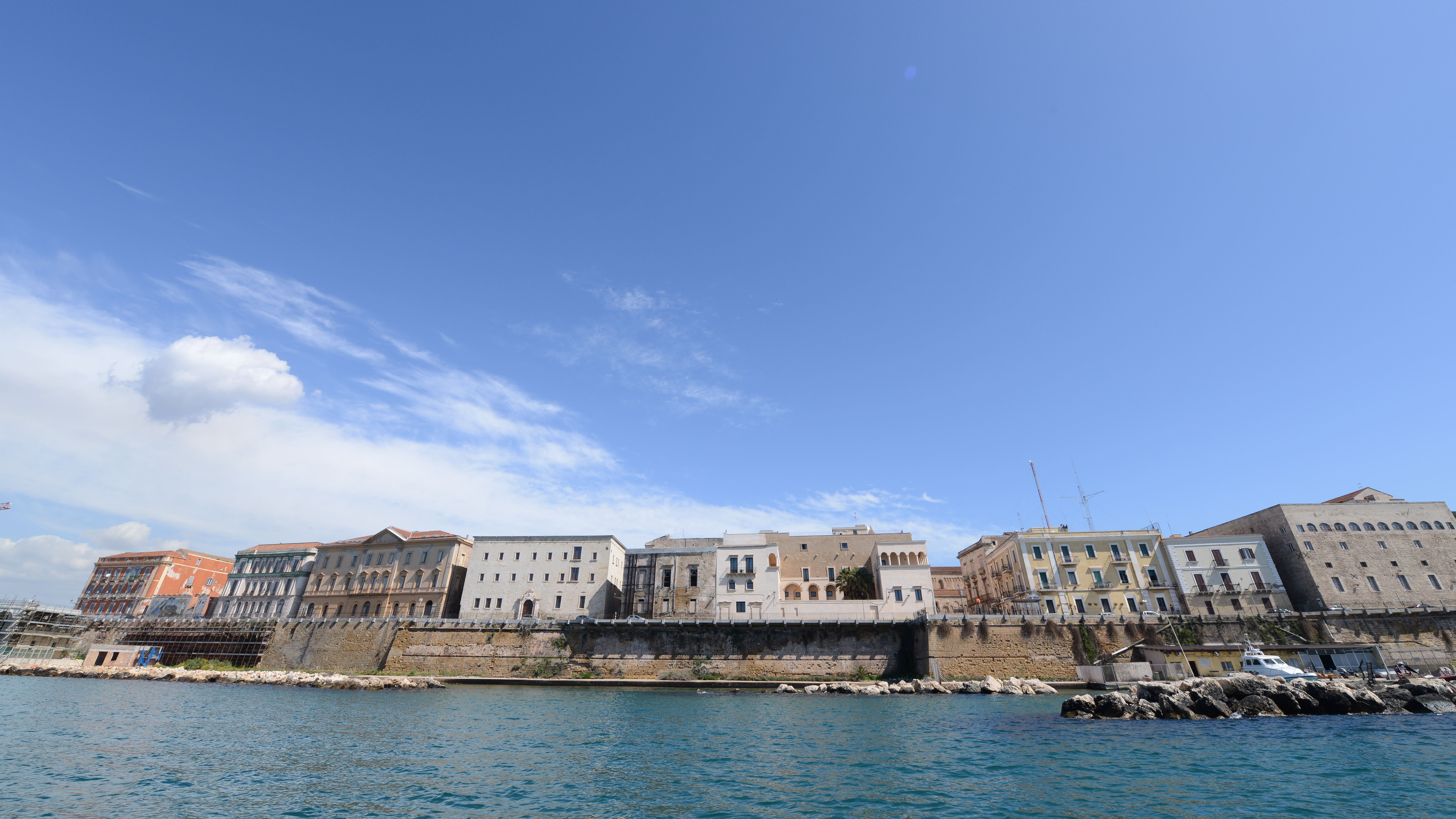 A view of Taranto's historic city center from the harbor. /AcidiColori

A view of Taranto's historic city center from the harbor. /AcidiColori

Among those few who made it through the final skim was Anna Krivosheeva, a Russian interpreter with a passion for Italy.

"I dreamed one day of living in Italy," she said. "And yes, when I heard about these proposals to buy a house for one euro in Italy, I thought it could be a great opportunity for me."

Krivosheeva, who currently lives in Moscow and made her offer through a local architect, made quite a risky choice following her dream of an Italian dolce vita. "I have never been to Taranto. I have certainly visited Italy many times because I am an interpreter and I teach the language, but I've never been to Taranto or Puglia." 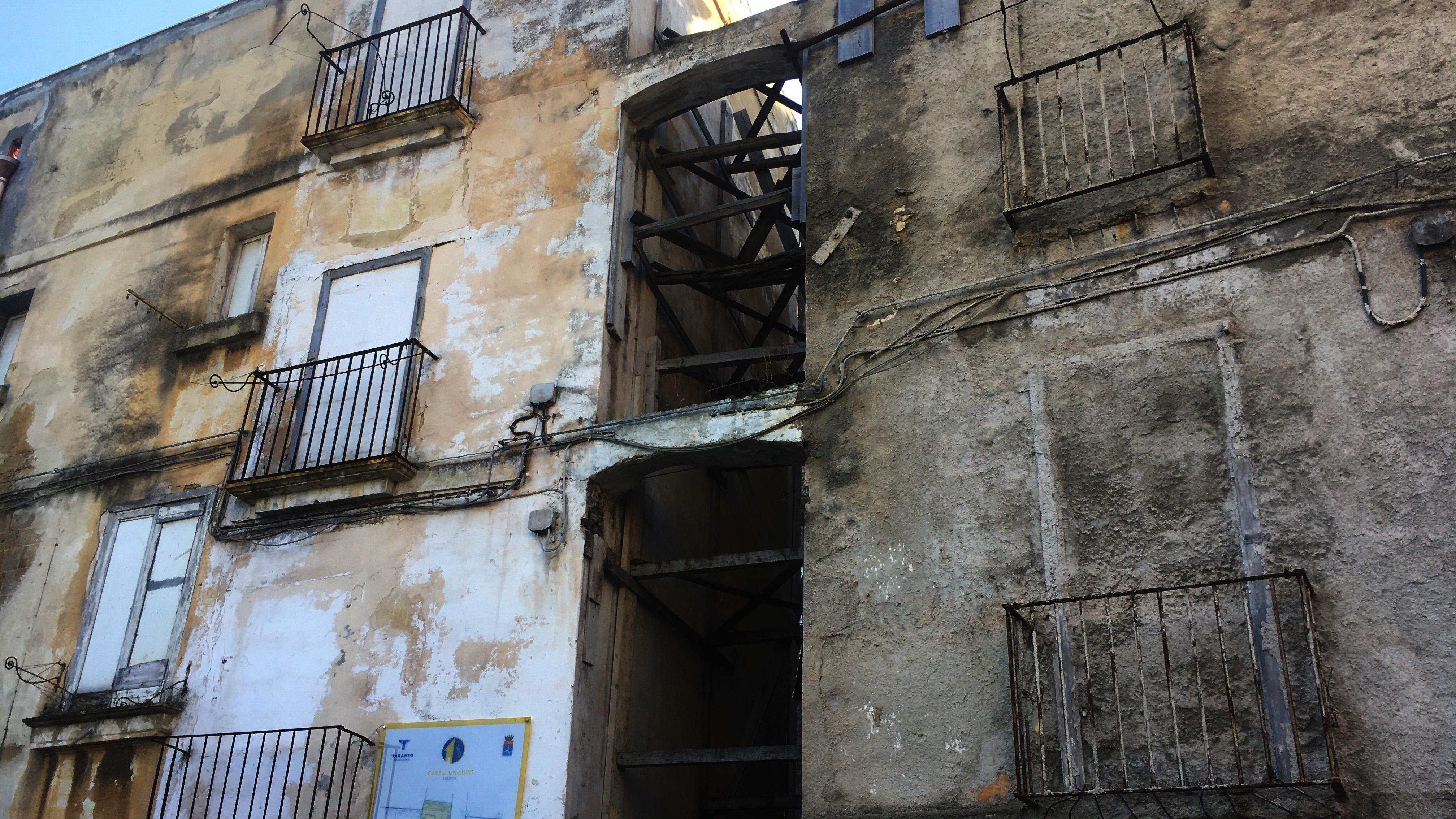 The house Anna Krivosheeva bought for one euro in Taranto. /Michele Mosca/CGTN Europe

The house Anna Krivosheeva bought for one euro in Taranto. /Michele Mosca/CGTN Europe

Vincenzo Fanelli, on the other side, knows Taranto very well. It's the city he grew up in, before leaving it to pursue his university studies in northern Italy.

"I returned to Taranto about 10 years ago by choice, after having had some experience in north Italy between the university and work," he said.

"And for me to return here is a bit of a return to my roots. My grandfather lived nearby." 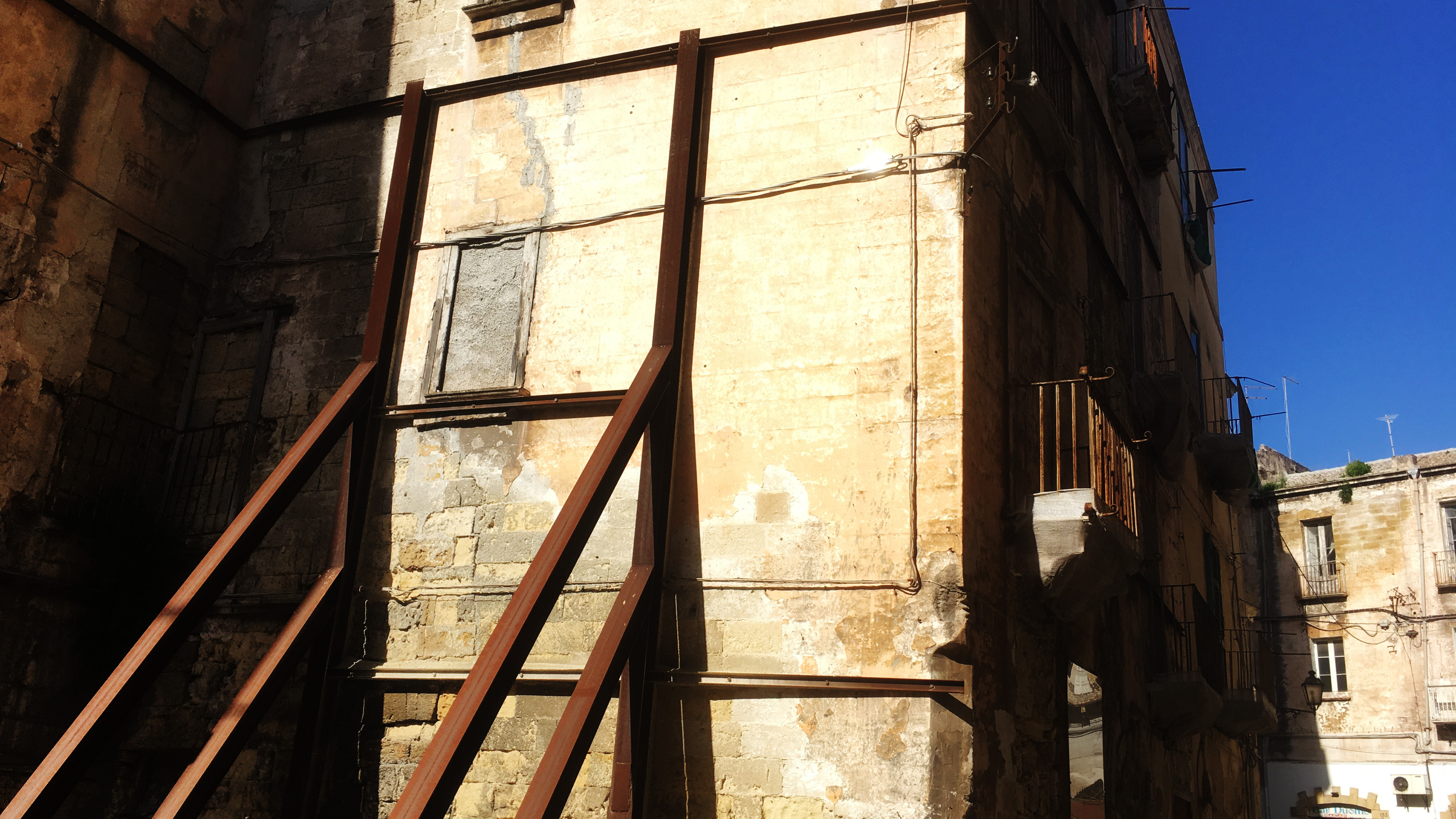 The mayor is expecting the campaign 'One euro to save Taranto' will bring as many as 25,000 people back to the city.

Taranto is, in many ways, a symbol of the complicated history of southern Italy. With its maze of narrow alleyways in the historic center, dominated by a baroque Cathedral of Byzantine influence, architectural gems including the remains of a Greek temple and a 15th century Aragonese castle, the town carries the mark of its long and conflict-ridden past. It bloomed under the Greeks, declined through the Roman Empire and capitulated to the Spanish and the French in the following centuries all the way until Italy's unification in 1861.

To this day, Taranto continues to be a place full of contradictions. Because of its strategic position in the Mediterranean, this city of fishermen and women is also home to a huge naval port full of warships and submarines. Taranto's steel plant Ilva, one of the largest in Europe, is at the center of a national political storm: an industrial monster that has given work to the city's residents, but it has also tragically compromised their health and the local environment.

The one-euro houses initiative is proving successful so far, but it's still to be seen whether the campaign will be enough to bring a much-needed breath of new life to Taranto, which grapples with high unemployment and a stifling economic situation.