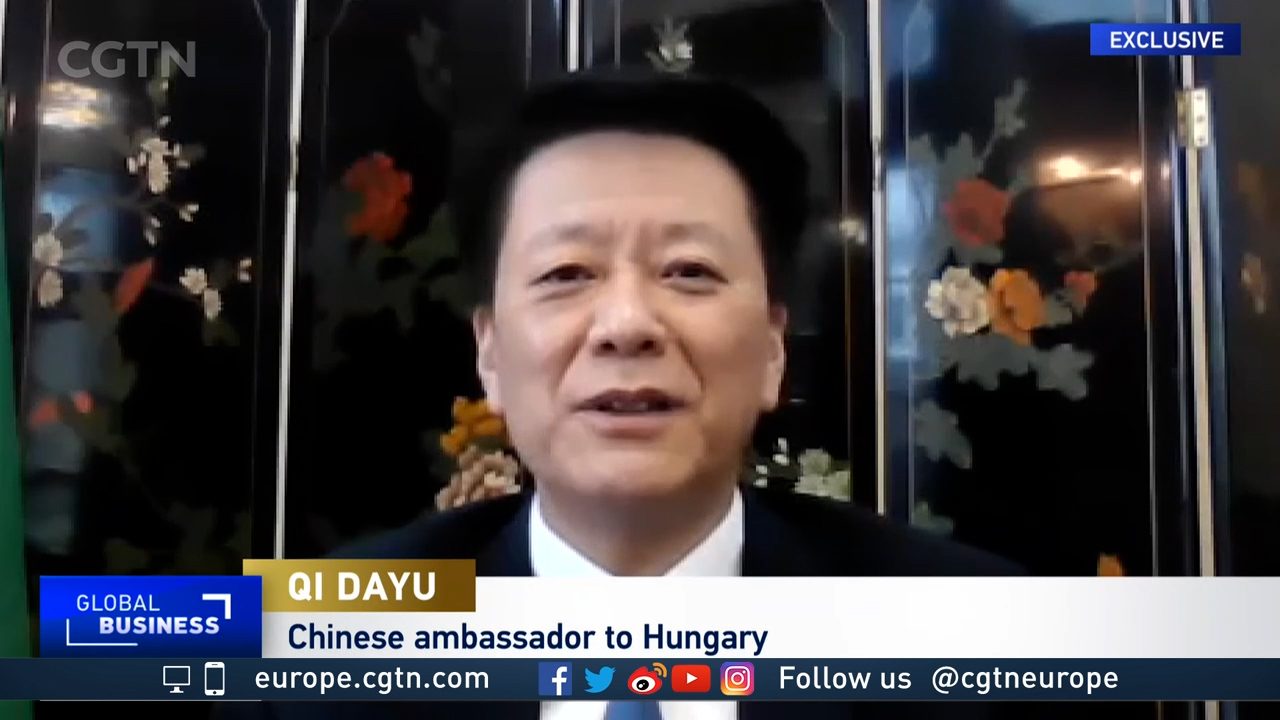 China's Sinopharm COVID-19 vaccine has already reached around 5,000 doctors in Hungary, according to the Chinese ambassador to the country.

Qi Dayu, China's chief diplomat in Budapest, told CGTN Europe that Hungary's Prime Minister Viktor Orban hopes to get his Sinopharm jab in the near future.

So far, Hungary is the only European Union country to have approved the Sinopharm shot, although the vaccine is already in use in other European nations including Serbia.

"Vaccination has been rolled out in an orderly fashion and so far there are no adverse events," said Qi. Adding: "Chinese vaccines are proved to be safe and effective by Hungarian health experts … and are easy to administer by family doctors."

Qi's comments follow Orban's chief of staff stating on Thursday that Hungary expects to receive 1 million doses of the vaccine in March and April, with 3.5 million more doses arriving in May.

"We try to save lives and preserve the economy and we are fighting together with our Chinese friends against COVID-19," Tamas Menczer told the Xinhua news agency. "It is a very important day for Hungary."

Amid the EU's faltering vaccine distribution, Hungary has forged its own path, securing vaccines that have yet to be approved by authorities in Brussels. Hungarians now have access to five COVID-19 vaccines as the nation rushes to eradicate the virus that, at the time of writing, has killed 14,672 people.