Download
'Human rights are about people': China hits back after UK claims 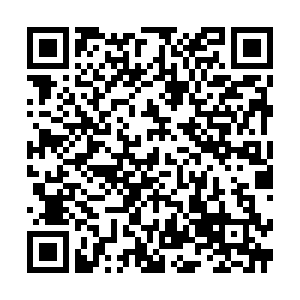 Human rights must be about putting people first, China's top diplomat has said after the UK foreign minister launched a direct attack on China's policies.

Chinese State Councilor and Foreign Minister Wang Yi said in a speech to the United Nations Human Rights Council that China's policies were succeeding in improving the health, economic prospects and security of all its citizens.

"The people's interests are where the human rights cause starts and ends. Increasing people's sense of gains, happiness and security is the fundamental pursuit of human rights as well as the ultimate goal of national governance," Wang Yi said. Wang Wenbin said China has sent invitations to the UN Human Rights Council's high commissioners about a trip to Xinjiang, and the two sides have maintained close communication on the matter.

On Monday, British Foreign Secretary Dominic Raab called for the UN to launch an investigation into China, as well as Russia, Belarus and Myanmar, for violating the rights of their citizens.

Raab singled out events in Hong Hong, Tibet and Xinjiang and called for UN investigators to visit the latter region to report on the situation of ethnic Muslim groups there. He cited reported abuses including torture, forced labor and forced sterilization.

A spokesman for China's mission to the UN later dismissed these claims directly as "'Lies of the century' fabricated by Western politicians". He accused the UK, alongside Germany, Finland and Denmark who spoke in support, of spreading false information and "smearing China."

In Wang Yi's speech, he stated that the UN High Commissioner for Human Rights or others were welcome to visit Xinjiang. Those living there can choose their own career paths and live in safety thanks to rigorous anti-terrorism measures that follow similar patterns to those used in other nations, he said.

China considers all such matters to be its own internal affairs.

"Human rights are not a monopoly by a small number of countries, still less should they be used as a tool to pressure other countries and meddle in their internal affairs," Wang Yi said.