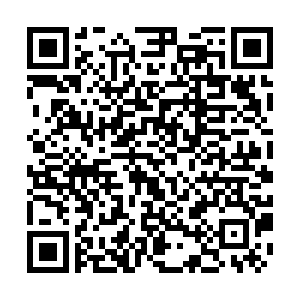 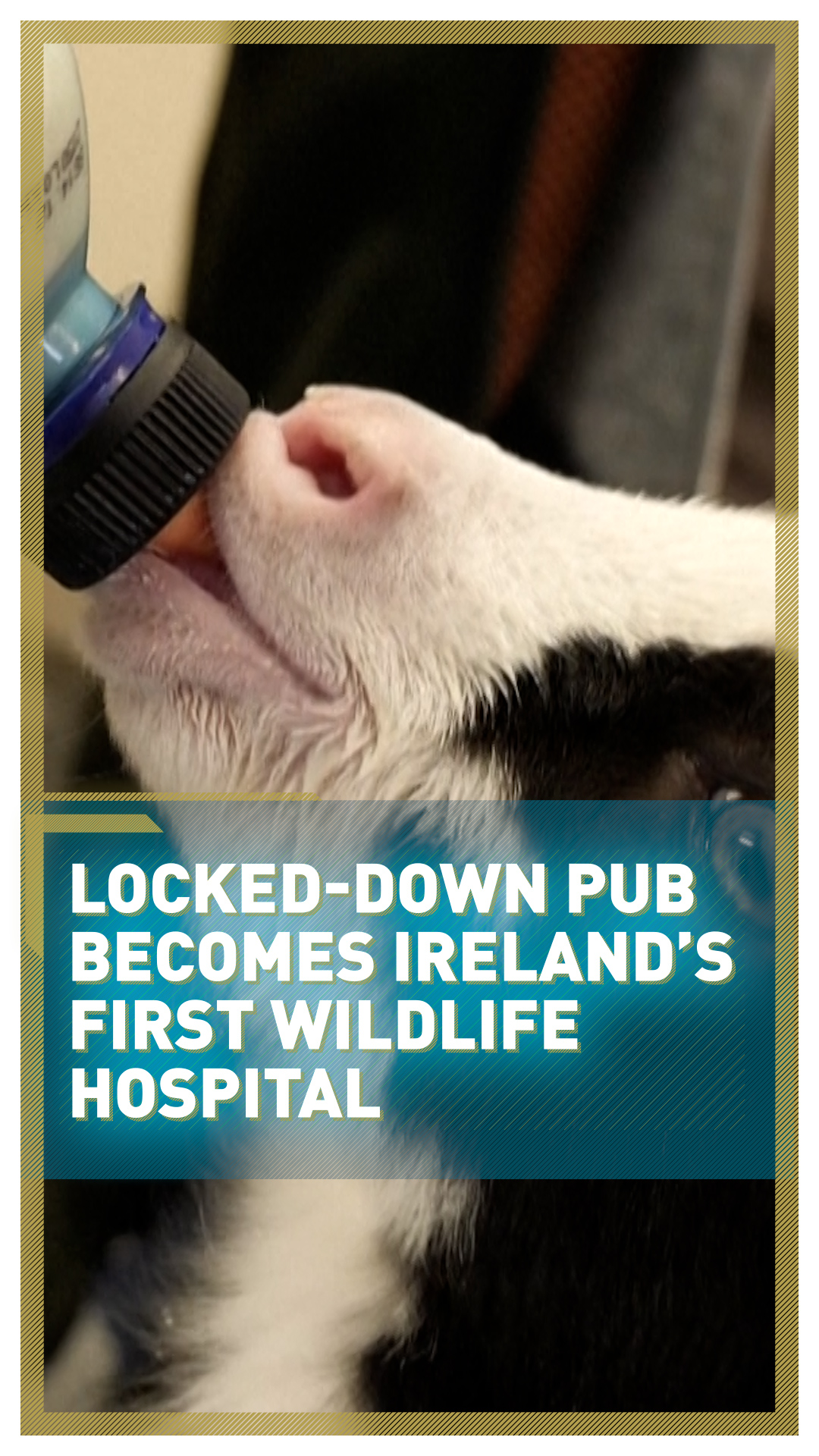 A pub forced to close during the COVID-19 lockdown is now serving a very different clientele by moonlighting as Ireland's first wildlife hospital.

At the deserted Tara Na Ri pub in County Meath near Dublin, the Guinness taps may be dry, but its outbuildings have become a busy hub for injured and abandoned animals.

One resident, a two-week-old wild Irish goat, was found on a mountainside and is now being nursed back to health. His fellow patrons include three wounded swans, a jumpy fox and a wide-eyed buzzard.

"We were very much accustomed to just one singular way of living," said James McCarthy, whose family have run the rural pub for more than a decade.

"When that's taken away you're just kind of left with a void. It takes some time before it starts getting replaced with other things that you never would have thought were possible before." 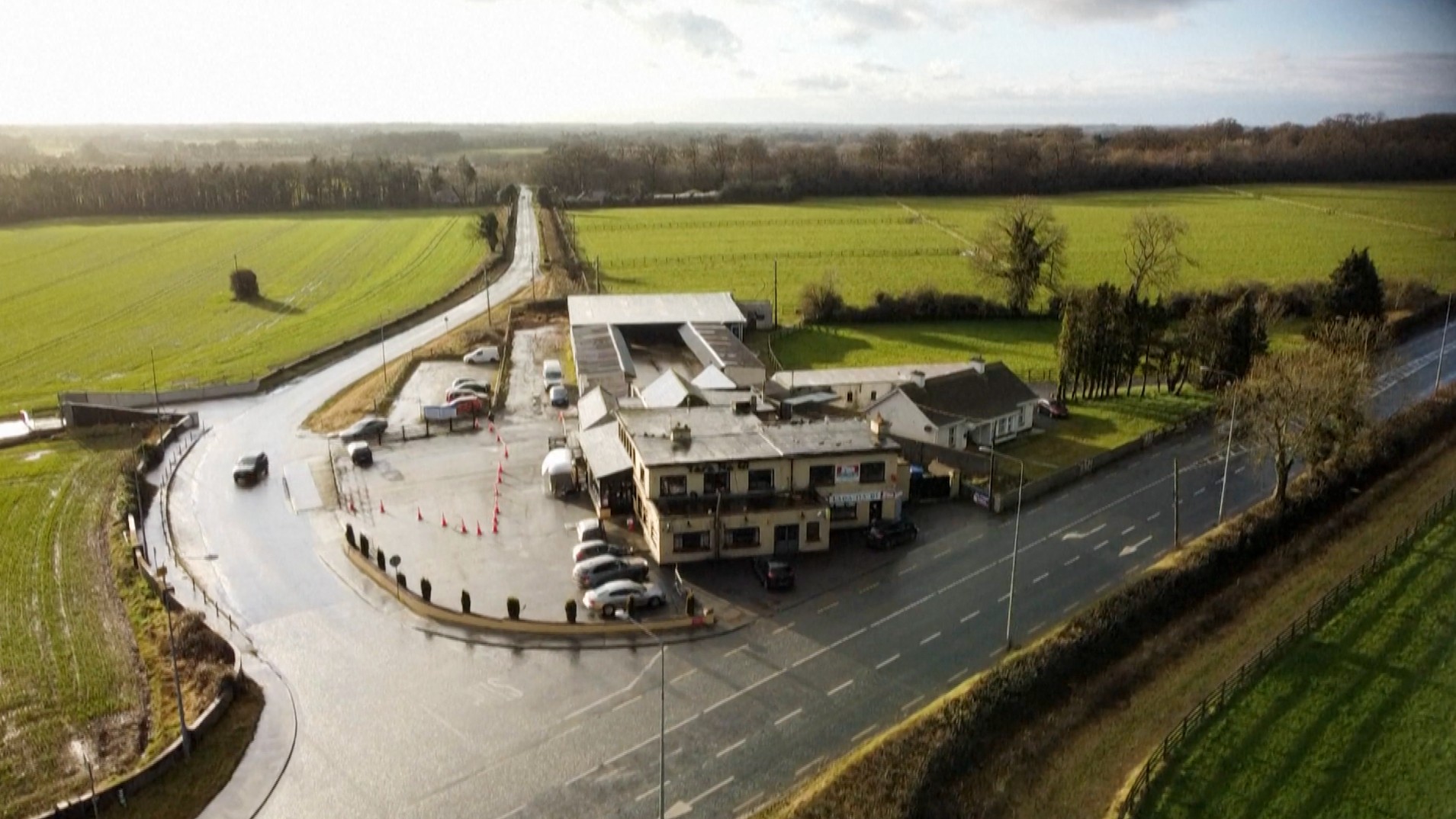 Pubs play an important role in rural Irish society and the closure of the Tara Na Ri in March 2020 has meant that for months customers have had to settle for drive-through takeaway coffees.

But when McCarthy turned the pub's stables over to the government-backed agency Wildlife Rehabilitation Ireland (WRI), the pub's regulars were quick to help out, said WRI education officer Aoife McPartlin.

"We embraced them, they embraced us," she said of locals, who apparently volunteered their time to renovate the outbuildings.

Wild foxes are just one of the many animal species set to be treated at the pub-turned-animal hospital. /Paul Faith/AFP

Wild foxes are just one of the many animal species set to be treated at the pub-turned-animal hospital. /Paul Faith/AFP

The transportation from pub to sanctuary saw "everybody mucking in" through dreadful weather, she said, "and as a result we can now open."

The WRI facility, which formally opened its doors on Friday, is the first hospital in Ireland set up to look after animals of any species, size or medical needs.

"We're bracing ourselves for 'orphan season' – our busiest time of year," said animal manager Dan Donoher. "We'll get lots of baby birds, baby foxes etc and they'll keep us busy for the next six months." 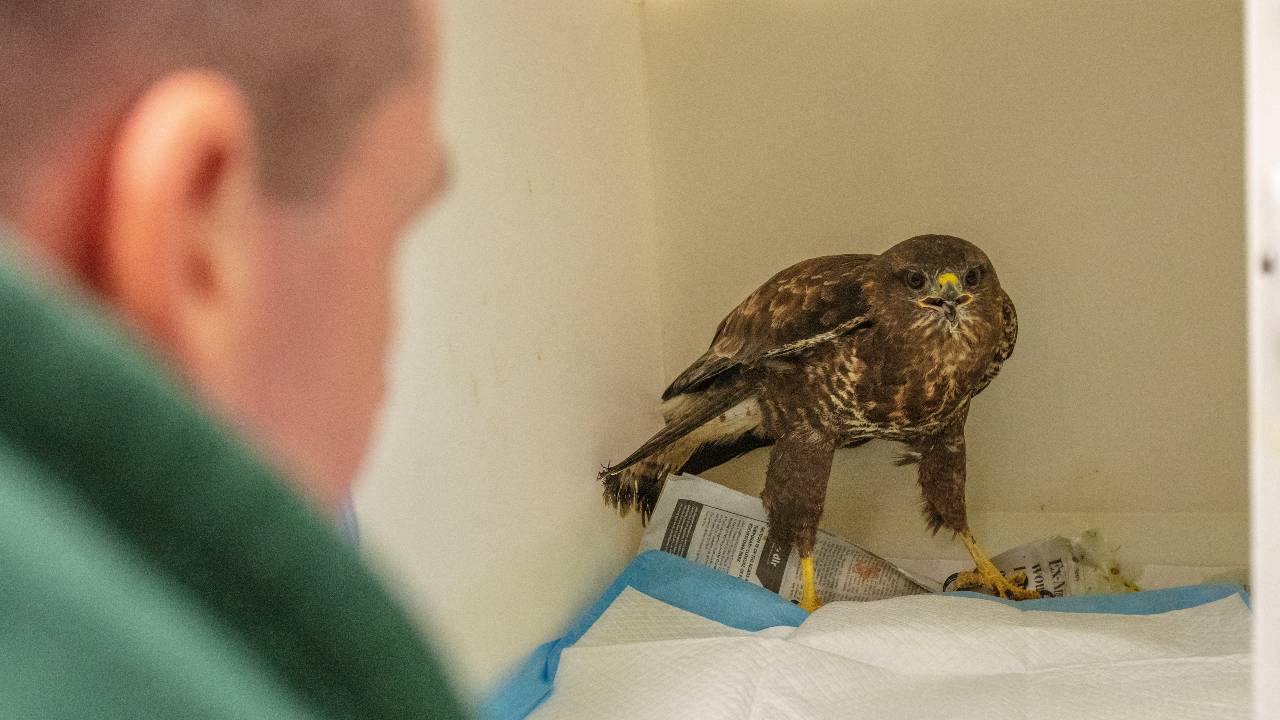 Animal specialists at the site say they are preparing for 'orphan season', when lots of abandoned baby birds and foxes are discovered. /Paul Faith/AFP

Animal specialists at the site say they are preparing for 'orphan season', when lots of abandoned baby birds and foxes are discovered. /Paul Faith/AFP

Ireland is experiencing its third lockdown, with more than 4,000 people having already died from the novel coronavirus.

The republic's first two waves saw relatively low numbers of cases and deaths, but in early January it had the highest rate of infection per capita in the world.

Around 45 percent of its total coronavirus mortalities have occured since the start of 2021, with Prime Minister Micheal Martin describing it as a "tsunami of infection."

Non-essential shops, pubs, restaurants, gyms and cinemas remain closed for now, but McPartlin says there has been an unexpected upside. More people are taking countryside walks, so more and more injured and abandoned animals are being found and given help.

"I think nature has saved a lot of people through the pandemic," she said. "They're just generally more aware of wildlife and they know they exist – and we co-exist."