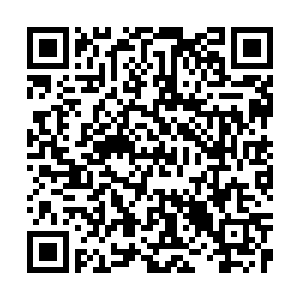 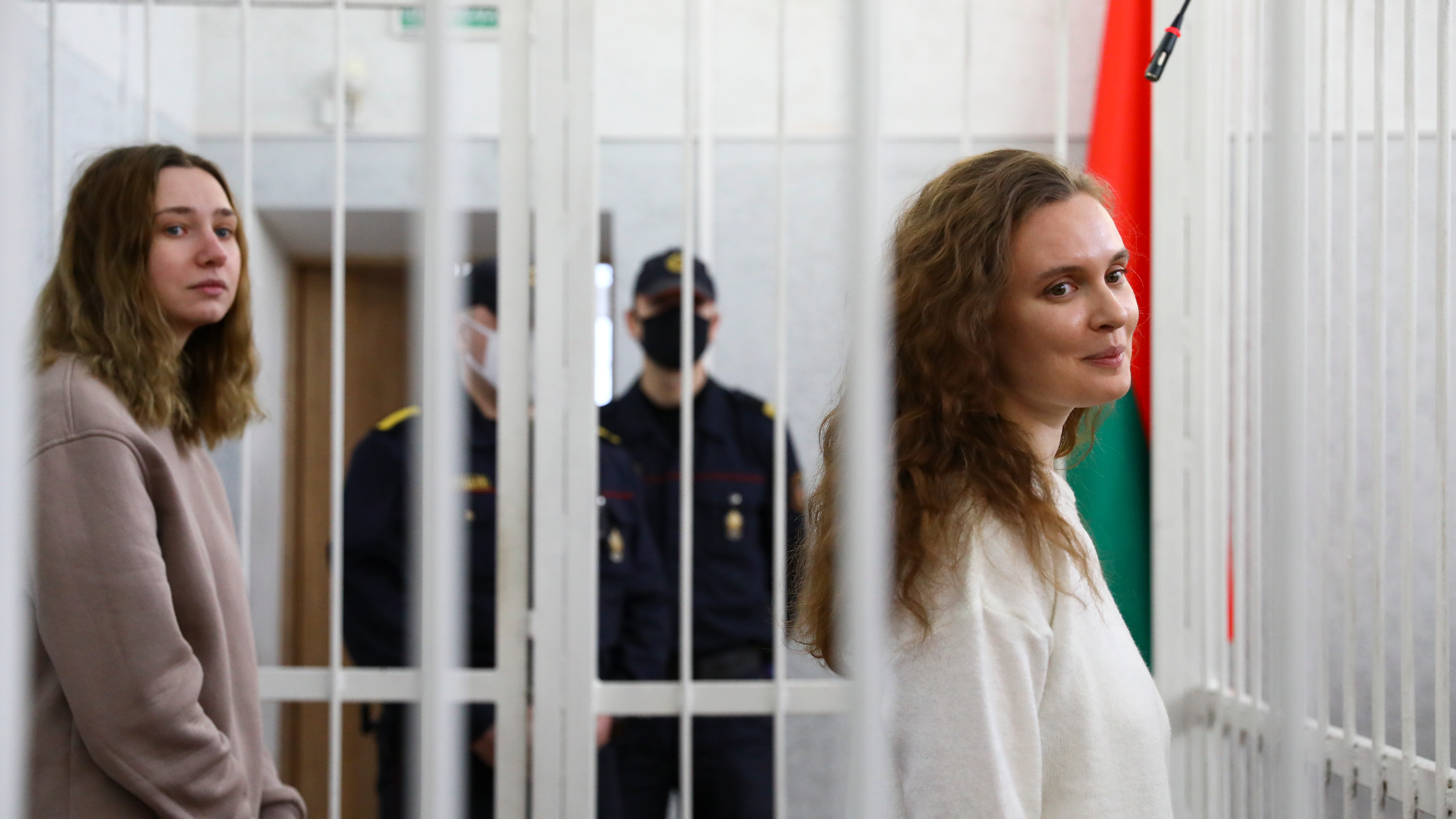 Journalists Katsiaryna Andreyeva, right, and Darya Chultsova stand inside a defendants' cage in a courtroom in Minsk, Belarus, each was sentenced to two years in jail. /AP

Journalists Katsiaryna Andreyeva, right, and Darya Chultsova stand inside a defendants' cage in a courtroom in Minsk, Belarus, each was sentenced to two years in jail. /AP

A Belarusian court has jailed a pair of journalists for two years on charges of orchestrating protests against President Alexander Lukashenko.

Katsiaryna Andreyeva, 27, and Darya Chultsova, 23, were detained in November in an apartment they had been using as a vantage point to film demonstrations, held over the death of a protester killed several days earlier.

Both women, who were working for Belsat, a Warsaw-based satellite TV channel that provides Belarusians with an alternative to state-run television, pleaded not guilty. They appeared in a cage at Thursday's hearing, hugging and making V (victory) signs. Their lawyer said they would appeal.

Asked about the verdict, Belarus Information Minister Igor Lutsky said the court would not have made its ruling unless it was justified.

More than 33,000 people have been detained during protests against Lukashenko's rule, following a contested August election his opponents say was rigged. He has been in office since 1994.

In a statement earlier, Andreyeva said she had risked her health and life for her work.

"I managed to hide from rubber bullets, explosions of stun grenades, blows from truncheons. My colleagues were much less fortunate," she said. "I have everything: youth, a job that I love, fame and, most importantly, a clear conscience."

The journalists were filming protests after the death of 31-year-old Roman Bondarenko, who died in hospital in November after what protesters say was a severe beating by security forces. The interior ministry denied responsibility.

In response to the protests, Lukashenko has both promised certain reforms – including the introduction of a "people's assembly" – and cracked down on opposition forces. This week, police raided the homes of journalists and rights activists and one of Lukashenko's main electoral opponents was put on trial for corruption.

The verdicts come as the U.S. announced visa restrictions on 43 Belarusians, including law enforcement officials it accused of detaining and abusing peaceful demonstrators. Also targeted were judges and prosecutors allegedly involved in sentencing protesters and journalists.