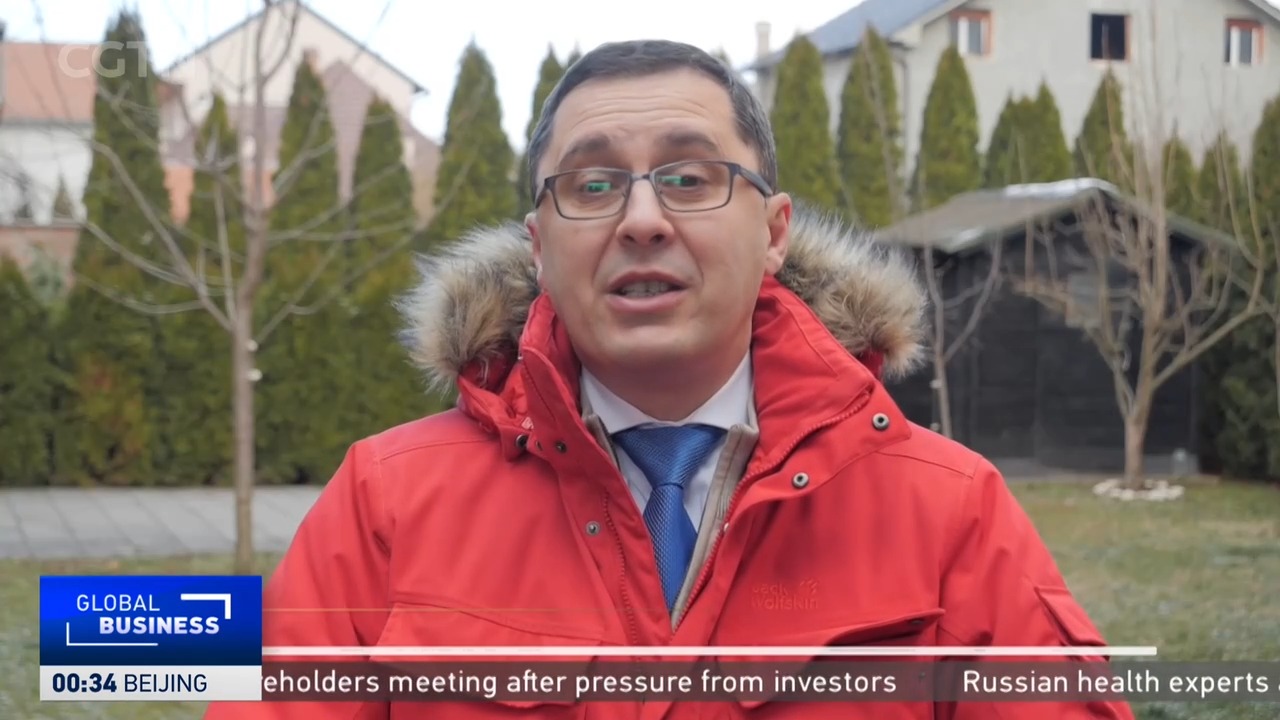 A high-ranking group of Russian health experts has arrived in Serbia to discuss the possibility of producing the Russian-made Sputnik V vaccine locally.

It's part of Serbia's efforts to produce coronavirus vaccines for itself and export them.

The meeting has drawn attention because it makes Serbia the first country in Europe to start direct negotiations with Moscow for the localized production of Sputnik V.

Serbia's minister for innovation, Nenad Popovic, met with representatives of the Russian Direct Investment Fund and the Sputnik V vaccine developer to discuss a potential deal earlier in the week.

The closed-door talks lasted for around one hour, but details of the meeting remained scant.

However, Russia's ambassador to Serbia, Aleksandar Bocan-Harcenko, did use the negotiations to comment on the politicization of public health amid COVID-19.

"This is a clear sign that Russia does not see vaccines as a tool for global confrontation," said the ambassador.

"Our wish is just to have friends and to develop cooperation with a goal that unifies everybody: fighting against the coronavirus and the pandemic." If the deal were to go ahead, the Belgrade-based Torlak Institute would produce Sputnik V in Serbia, according to Serbia's minister of innovation.

It's an institution with a proven track record of producing various vaccines in its decades-long history.

In the first three-month phase, Serbia would just repackage the vaccines coming in bulk from Russia. In the second stage, which could start in about six months, Torlak would produce the vaccine on its own under Russian supervision.

These negotiations fit into Serbia's unique approach to fighting the pandemic: it is one of the only countries in the world so far to collaborate with both the East and the West for vaccine supplies. The Belgrade Fair has been turned into a vaccination center as Serbia pushes ahead with its vaccine roll-out. /Andrej Isakovic/AFP

The Belgrade Fair has been turned into a vaccination center as Serbia pushes ahead with its vaccine roll-out. /Andrej Isakovic/AFP

It's roll-out is also novel in that it offers citizens the choice of which vaccine they would like to take –  the Pfizer-BioNTech jab, Sputnik V or China's Sinopharm shot.

As a result, Serbia has one of the highest vaccination rates in Europe per 100 citizens.

The financial details of the Sputnik V production deal are yet to be released, but the Russian delegation is scheduled to inspect the intended production site at the Torlak Institute in the next few days.

If an understanding is reached, Serbia's intention is to become the regional center for the COVID-19 vaccines.

That could mean Serbia becomes one of the Sputnik V vaccine's key suppliers for itself, the region – and even the EU market.