Download
How can Shell become carbon neutral by 2050?
Siobhan McCall 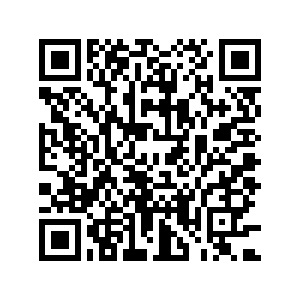 Shell's pledge to have net-zero carbon emissions by 2050 will have left many asking the question, how on Earth can an oil company manage that?

The oil giant revealed on Thursday that its carbon emissions and oil production peaked in 2018 and 2019 respectively, as it looks to move away from fossil fuels and become more environmentally friendly, with a focus on expanding biofuels, hydrogen and renewables.

David Elmes, an expert in global energy, told CGTN Europe the announcement is of "real significance" and one that will see Shell move towards different areas of focus – including possibly the electric car market.

"What they are saying is that over time they will gradually reduce their reliance on producing oil and gas as the main part of their business," explained Elmes, who is head of the Global Energy Research Network at Warwick Business School.

"They will shift more towards, first of all, oil to gas but then also shift their activity towards the efficient use of energy and also increasing the use of electricity rather than oil and gas. And the particular example there is how fast we start using electric vehicles and what role does Shell play in supporting the electrification of cars and vehicles?"

Shell, which is Europe's biggest oil firm, will spend around $3 billion on renewable projects. Other oil companies such as BP and ExxonMobil are also moving towards sustainable and cleaner energy.

Elmes also told CGTN Europe that it will be very interesting to watch how the paths the various oil companies take differ over the next few decades.

"These international oil and gas companies like Shell, BP, Total, Exxon, they are sort of getting squeezed out between the big companies around the world that belong to various governments who produce oil and gas, and so what you are seeing is different strategies," he said.

Some, like Shell, BP, Total, are saying 'right, we need to change, we need to firmly move in to a different space,' while other companies are saying, 'we will still need to use oil and gas for a while,' and so they are not making that transition yet. It's interesting in the details to see who is making the change now and who thinks they can make it later."