Download
Why is the UK's COVID-19 death toll so high?
Gary Parkinson in London 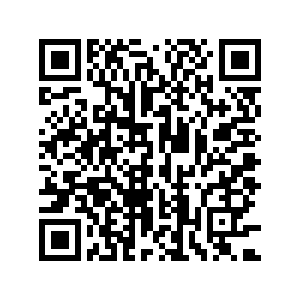 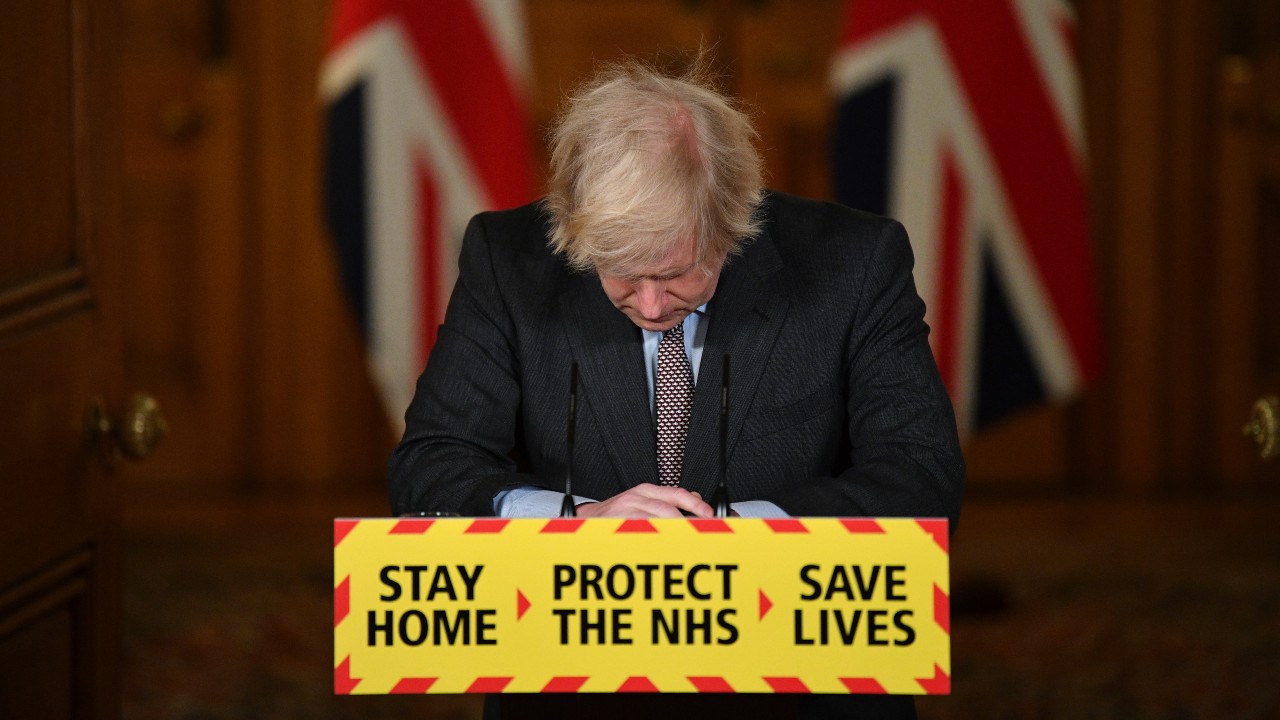 Boris Johnson bows his head during a press conference on the day the UK COVID-19 death toll passed 100,000. /Justin Tallis/Pool via AP

Boris Johnson bows his head during a press conference on the day the UK COVID-19 death toll passed 100,000. /Justin Tallis/Pool via AP

As not all countries are equal, some will be more vulnerable in a pandemic. Citizens of the UK, an island nation with a long-established National Health Service (NHS), could have been forgiven for expecting to ride out the worst of it – but they will have been sadly disappointed.

Why has the UK been so badly hit? Several possible underlying causes have been suggested. Was the NHS unprepared for the pandemic?

The NHS has been wholly unprepared for this pandemic… The result has been chaos and panic
-  Richard Horton, editor-in-chief of The Lancet, March 2020

On March 27, 2020, the UK recorded its largest single-day death increase to that point – 260 fatalities, taking the overall toll to 1,019. Two days later, Sunday newspapers broke a story about a 2016 test of the NHS's preparedness for a pandemic outbreak.

Codenamed Exercise Cygnus (because it was based on a hypothetical new "swan flu" originating in Taiwan), it had involved more than 1,000 organizations – including NHS trusts, the military and doctors' associations – demonstrating how they would cope with a major influenza outbreak.

Cygnus demonstrated that Britain would be quickly overwhelmed due to a shortage of personal protective equipment (PPE), morgue capacity and critical care beds.

Some lessons were learnt from Cygnus but clearly not enough: PPE shortages were regularly headline news during the first wave of COVID-19. But it was also headline news in other European countries: In Germany, some doctors posed naked to publicize the problem.

Has the NHS been underfunded?

Even before the pandemic, there was a common perception in the UK that the NHS was struggling. Some put this down to cuts in central government expenditure, especially during the austerity measures which began after the 2010 election of the Conservative-led coalition government.

But how does the UK's per-capita healthcare spending stack up against comparable countries? In August 2019, the UK's Office for National Statistics (ONS) surveyed the spending of various governments between 2013 and 2017. 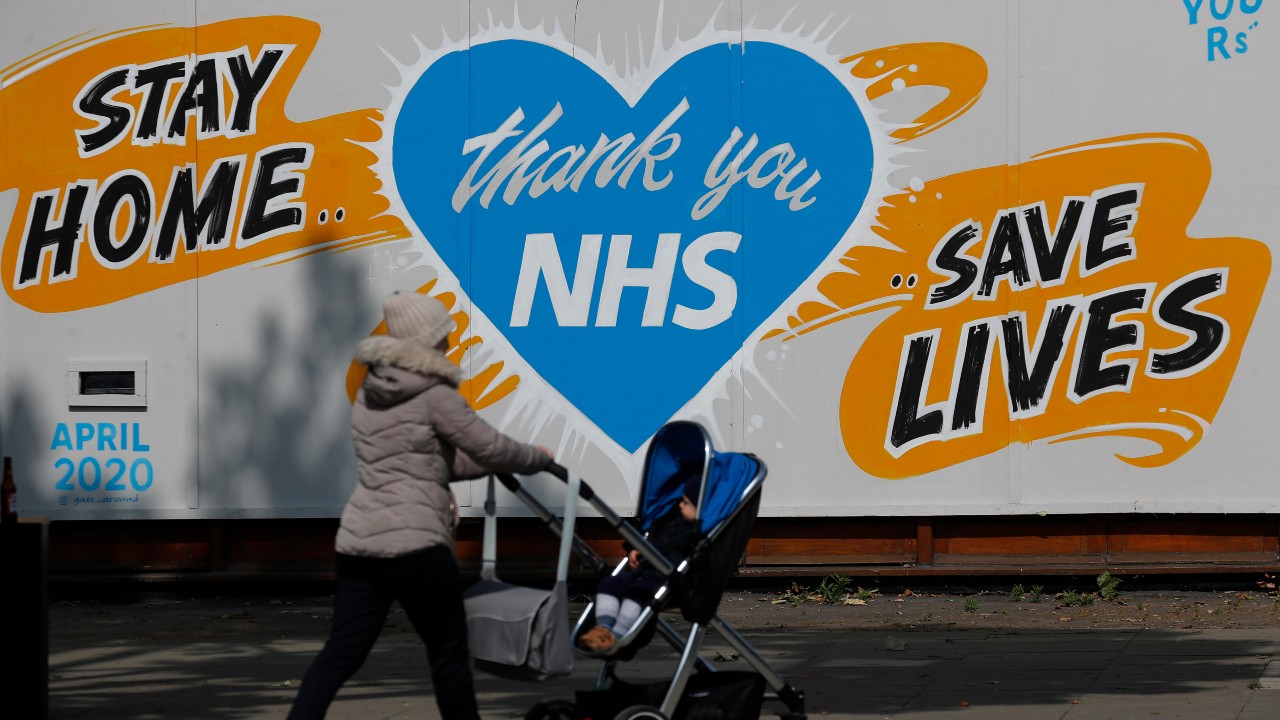 The UK public has huge affection for the NHS. /Frank Augstein/AP

The UK public has huge affection for the NHS. /Frank Augstein/AP

The ONS research discovered that as a percentage of GDP, UK healthcare spending fell from 9.8 percent in 2013 to 9.6 percent in 2017 –only a small drop, but the percentages had risen in four of the remaining six G7 countries.

Does the UK have 'pre-existing conditions'?

Some have argued the UK was predisposed to viral distress by the sort of pre-existing conditions that seem to have been preyed upon by COVID-19: conditions including obesity, heart disease and diabetes that are non-transmissible but still verge on epidemics in modern society.

The OECD's 2017 study of obesity rates suggests 26.2 percent of UK adults are obese, which is worryingly high compared with some European neighbors: Italy's rate is 9.8 percent, while Norway, Sweden and the Netherlands are all around half the UK rate.

That said, the same research shows the obesity rate in Finland is 26.8 percent, with Portugal 28.7, Turkey 28.8 and Hungary on 30 percent. Fascinatingly, one of the world's highest obesity rates of 32.2 percent – just outside the unwanted "medal" positions occupied by the U.S., Chile and Mexico – is New Zealand, which at the time of publication had suffered just 25 COVID-19 deaths. 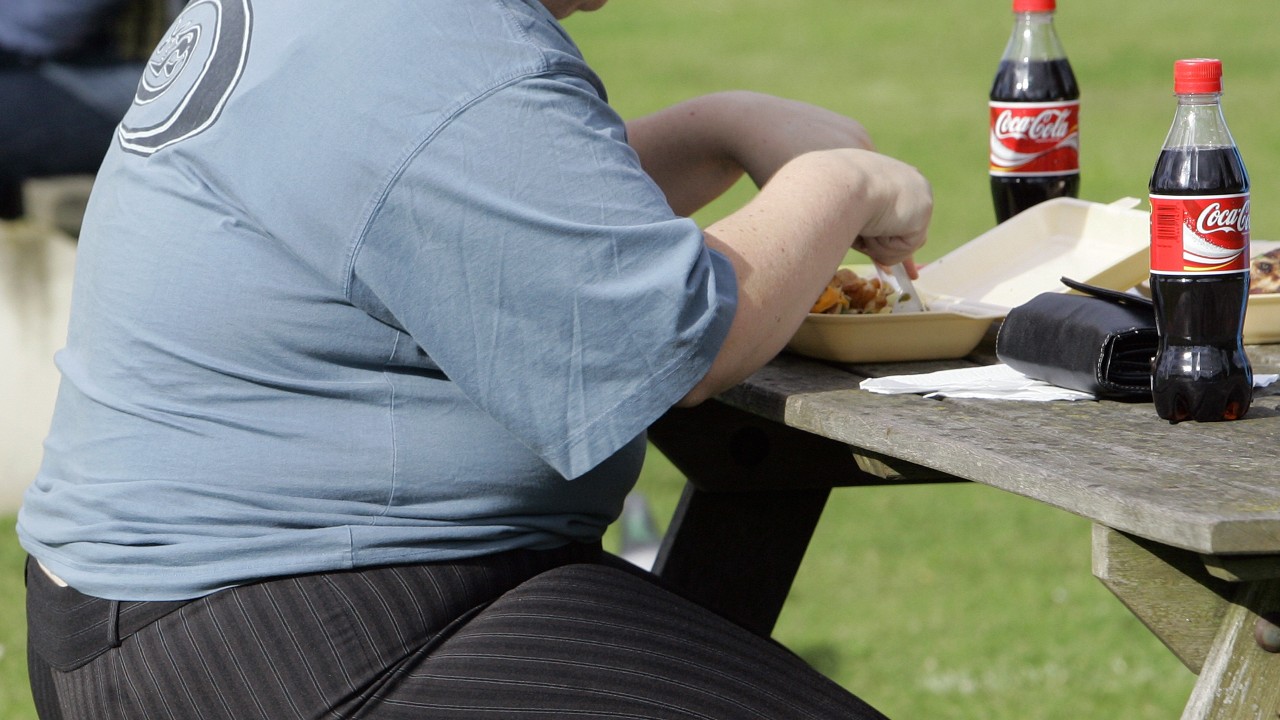 Many Britons are obese – but the percentages are higher in other countries less affected by COVID-19. /Kirsty Wigglesworth/AP

Many Britons are obese – but the percentages are higher in other countries less affected by COVID-19. /Kirsty Wigglesworth/AP

The World Health Organization (WHO) cites cardiovascular disease as the number one cause of death globally. The average among the 36 OECD nations was 115 deaths per 100,000 and the UK was well below this on 84.

Meanwhile, 2019 figures from The World Bank put the UK prevalence of adult diabetes at 3.9 percent – less than half of the 8.3 percent average of OECD members, and way less than leading sufferers including Germany (10.4), Portugal (9.8) and Turkey (11.1).

I take full responsibility for everything that the government has done
-  Boris Johnson, UK prime minister
03:10 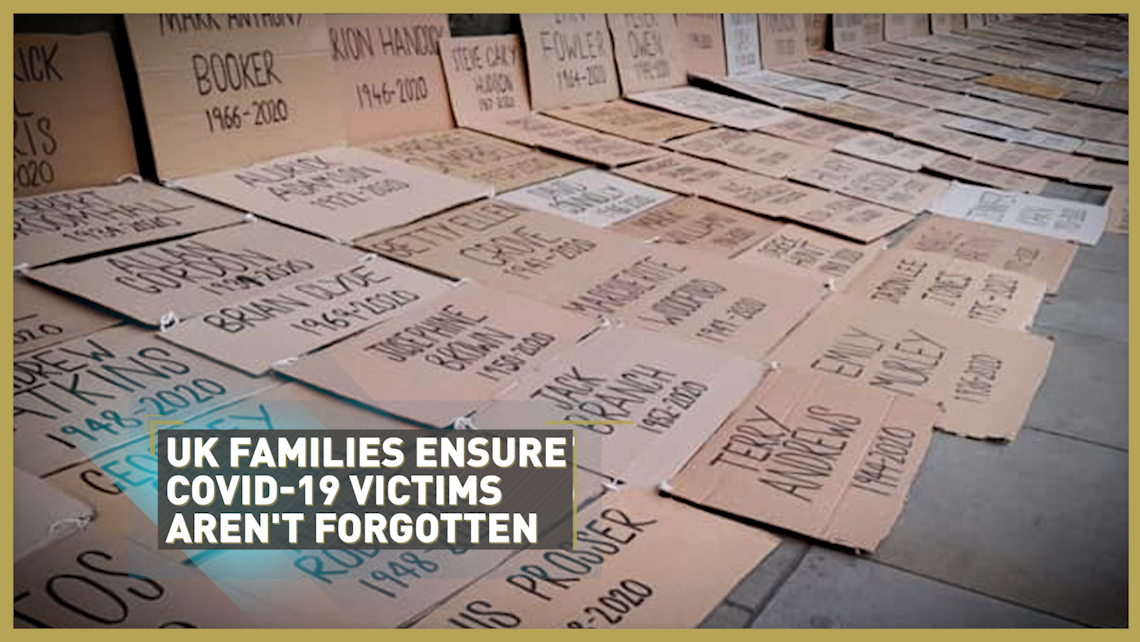 UK Prime Minister Boris Johnson knows the dangers of COVID-19 – last April he was admitted to intensive care with it and later acknowledged, "I owe my life to our doctors and nurses." However, he and his government have been under increasing scrutiny and criticism for how the UK has handled its response.

The criticism can be roughly split into two sections: the timing and the type of the UK's responses to the pandemic.

Was the timing of government interventions responsible?

By March, nobody in Europe could reasonably doubt the pandemic was coming – but countries reacted at different speeds. Italy locked down on March 10, Spain on March 14, Switzerland on March 17 – just 21 days after its first registered case.

On Friday March 20, Johnson announced the closure of schools – but over a weekend of fine weather, the British public flocked in startling numbers to beauty spots. Johnson finally enforced lockdown on March 23, 52 days after the first UK case.

Over the summer, the government tried to assert a new normality via its Eat Out To Help Out restaurant discount scheme. On September 21, with infections rising again, the government's official Scientific Advisory Group for Emergencies (SAGE) recommended a short "circuit-breaker" lockdown.

Johnson rejected this idea and instead, in October, implemented a three-tiered system of restrictions. The UK's second lockdown finally started on October 31, lasting until December 2 and being replaced by a new, different tier system.

Two weeks later, Johnson promised a five-day lifting of restrictions and said "it would be inhuman to cancel Christmas." However, rising concern and the discovery of a new variant forced him to backtrack on December 19 – at which thousands of travelers crammed into railway stations to beat the impending ban.

The third lockdown started on January 4 – the day after thousands of schoolchildren had gone back to classes and mingled. The UK's COVID-19 death toll had passed 70,000 on December 24; it took little more than a month to climb into six figures.

Countries like Britain and the U.S. don't seem to have enough of either social cohesion or an effective state to manage the pandemic well
-  John Kay, economist

Were the UK's COVID-19 measures the right ones?

Speaking to CGTN's The Agenda recently, economist John Kay noted the countries that have dealt well with the pandemic fall into two types: ones with what he calls "social cohesion," such as Scandinavia or New Zealand; and ones in Asia built around the "collective."

"Somewhere in between," said Kay, "We have countries like Britain and the United States that really don't seem to have enough of either social cohesion or an effective state to manage the pandemic well."

Certainly, it seems the UK has been somewhat less strict than many countries. Spain enforced a much stricter lockdown, while French authorities expected anyone on the streets to show documentation proving their exceptionalism.

Amid often confusing and apparently conflicting messages, public confidence has been badly affected. Researchers from University College London found that while 25 percent of respondents at the start of the first lockdown had no confidence in the government's handling of the pandemic, within six months this had rocketed to 56 percent.

Other concerns have lingered over the UK's response. Throughout the pandemic, the WHO has insisted the way to win was through "track-and-trace," but Johnson's promises of a "world-beating" system have been left unfulfilled amid delays and much furore over the awarding of lucrative contracts.

Finally, the UK has not made the most of its key geographical advantage: its island status. Other isolated states have made a virtue of their watery borders by quickly introducing strict travel restrictions, the UK has remained resolutely open.

Quarantine rules were not introduced for all arrivals until June and even these were quickly circumvented by "travel corridors," which remained in place until January 2021.

But with the country's death toll inexorably rising, will Johnson change tack in 2021?