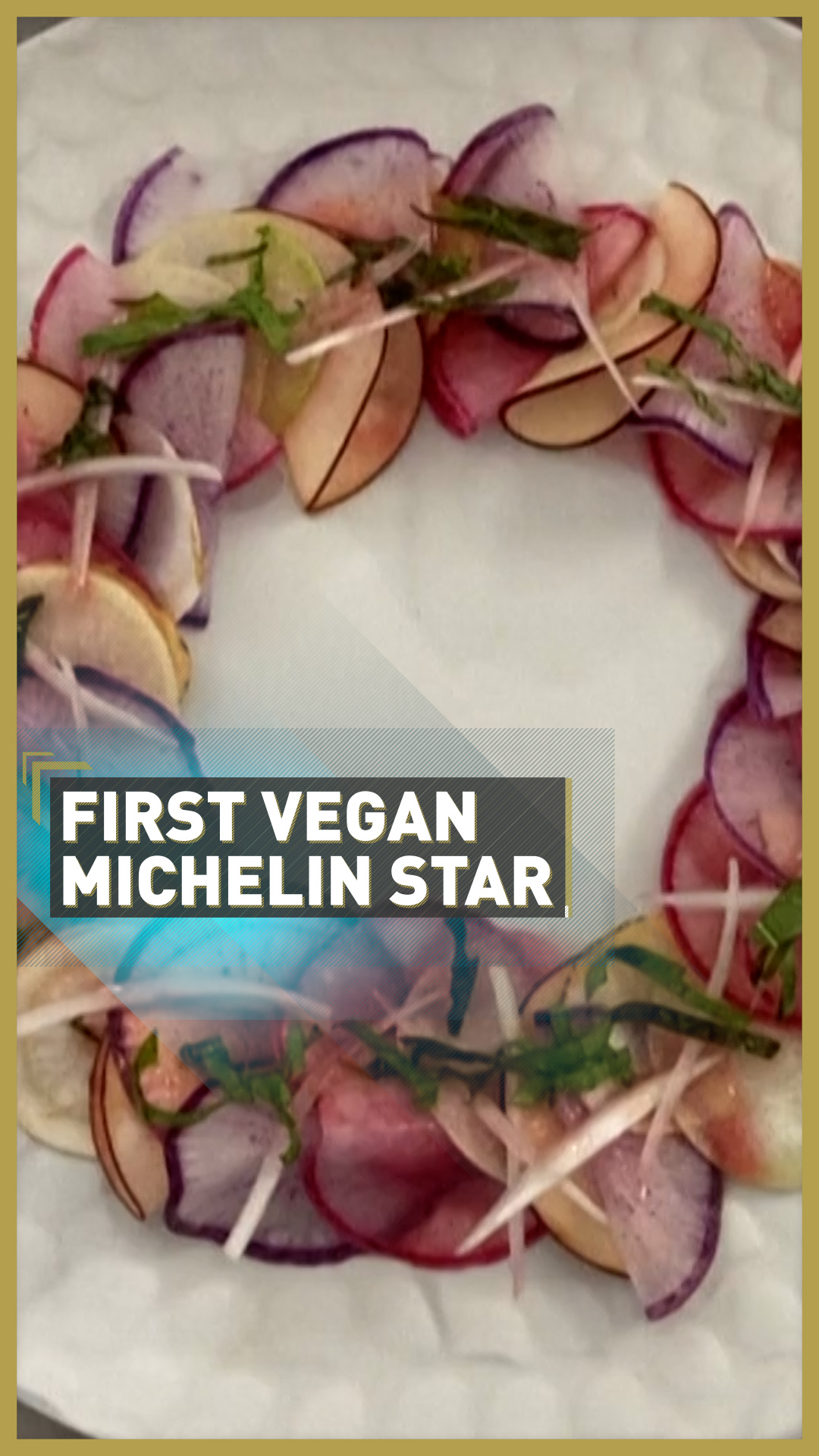 When you think of the French department of Gironde, the gastronomic delights of the capital Bordeaux dominate, with images of sunny evenings, fine wine and rich meat dishes mingling with the dual delights of the Atlantic coast and the Dordogne valley in the other direction.

So it might come as some surprise that the world's preeminent restaurant review guide has awarded one of its coveted stars to a vegan eatery in a small town 45 km from its big city neighbor. It's a far cry from the meaty, foie gras-inflected and truffle-seasoned local fare.

Even the restaurateur behind the small seaside diner said it was a "big surprise" to find ONA recognized with a Michelin Star.

ONA (Origine Non Animale) is located in Ares, on the Bay of Biscay. It was opened by chef Claire Vallee in 2016 after winning a local prize and gathering crowdfunding. Its menu includes offbeat treats such "sea lettuce" and calamansi, or Philippine lime.

The 41-year-old chef and business owner said she was "very moved" by the award, which is a significant step up from the restaurant's previous place on the Michelin Guide. Now it's one of the top eateries in the world.

"We didn't expect it at all because this year is a very special year with COVID-19, we didn't even know if the Michelin had [visited]," she said.

Vallee said her travels have inspired her cuisine, with southern Asian styles of plant-based protein like seitan taking an important role alongside herbs and root vegetables like daikon.

"I went to Thailand several years ago, for one year. It actually gave me a different approach to cooking. In Asia, we work a lot with plants, whether it's in the roots, the plants or even in the textures of imitation meat like tofu, seitan ... I got closer to this cuisine, it really moved me and that's when I said to myself that I could do something really different."

It might surprise you that Vallee would then return to France – with its famously carnivorous culture – to open a vegan restaurant.

But she explained how vegans and vegetarians are not actually her main clientele and the sensation of exploration and discovery actually drives the majority of ONA's footfall.

"Ninety five percent of our customers are neither vegan nor vegetarian, so we are really sure that people come by word of mouth, from the press we receive, for what they want to discover in the restaurant," she explained.

But the local culture has had an impact on Vallee and ONA.

"The problem with veganism is that it gets bad press in France. It has been a bit hammered by somewhat extremist currents."

Perhaps with a Michelin star ONA can carry the flag for veganism in France and counter the extremism Vallee sees in French gastronomie.