Download
What are the biggest threats to the planet in the next 10 years?
Alec Fenn 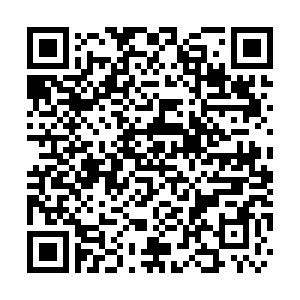 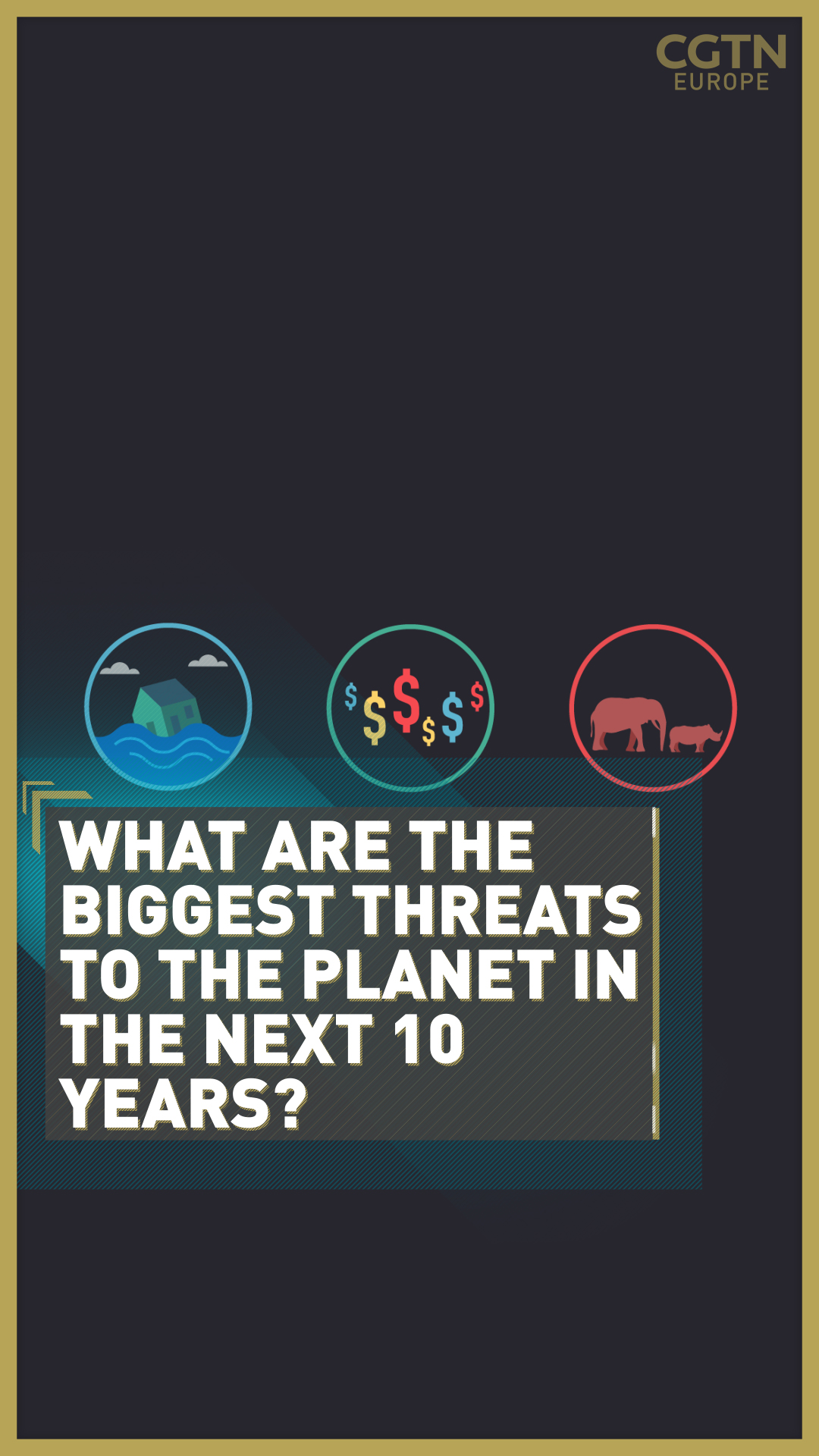 In 2006, a report by the World Economic Forum (WEF) predicted that a lethal global flu pandemic was one of the biggest threats to humanity in the years ahead.

Last year, what the pandemic experts had long feared materialized as global travel facilitated the worldwide spread of COVID-19.

WEF has now published the results of its new Global Risks Report, highlighting the biggest risks to the planet over the next decade - but what are they? 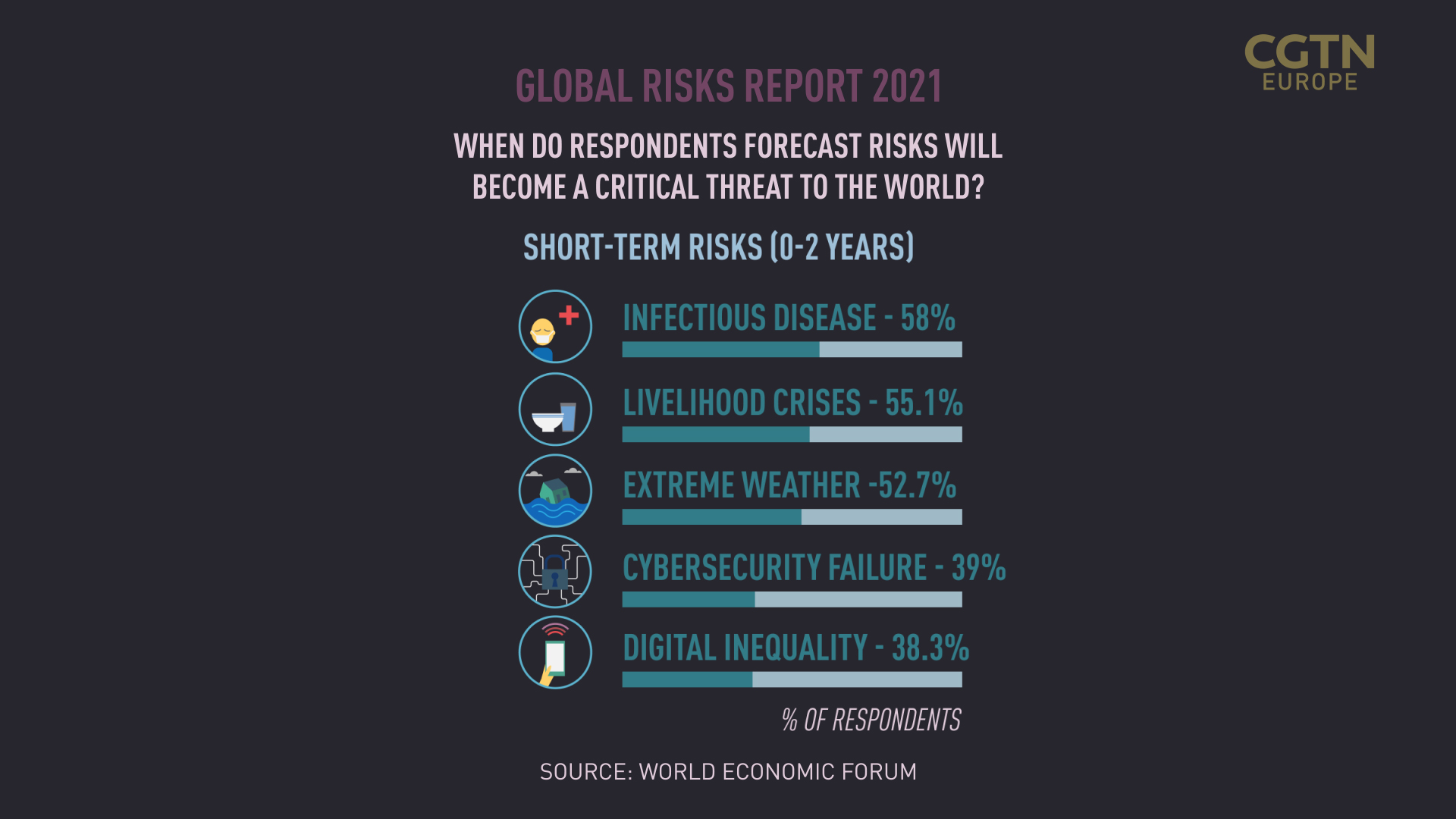 Over the next two years, 'livelihood crises' are expected to be the biggest issues facing mankind, with the human and economic costs of the pandemic likely to be significant. The WEF survey predicts that the poverty gap between the richest and poorest nations on earth will widen and that societies will become increasingly fragmented as a result of rising unemployment and damage to education following the long term closure of schools. 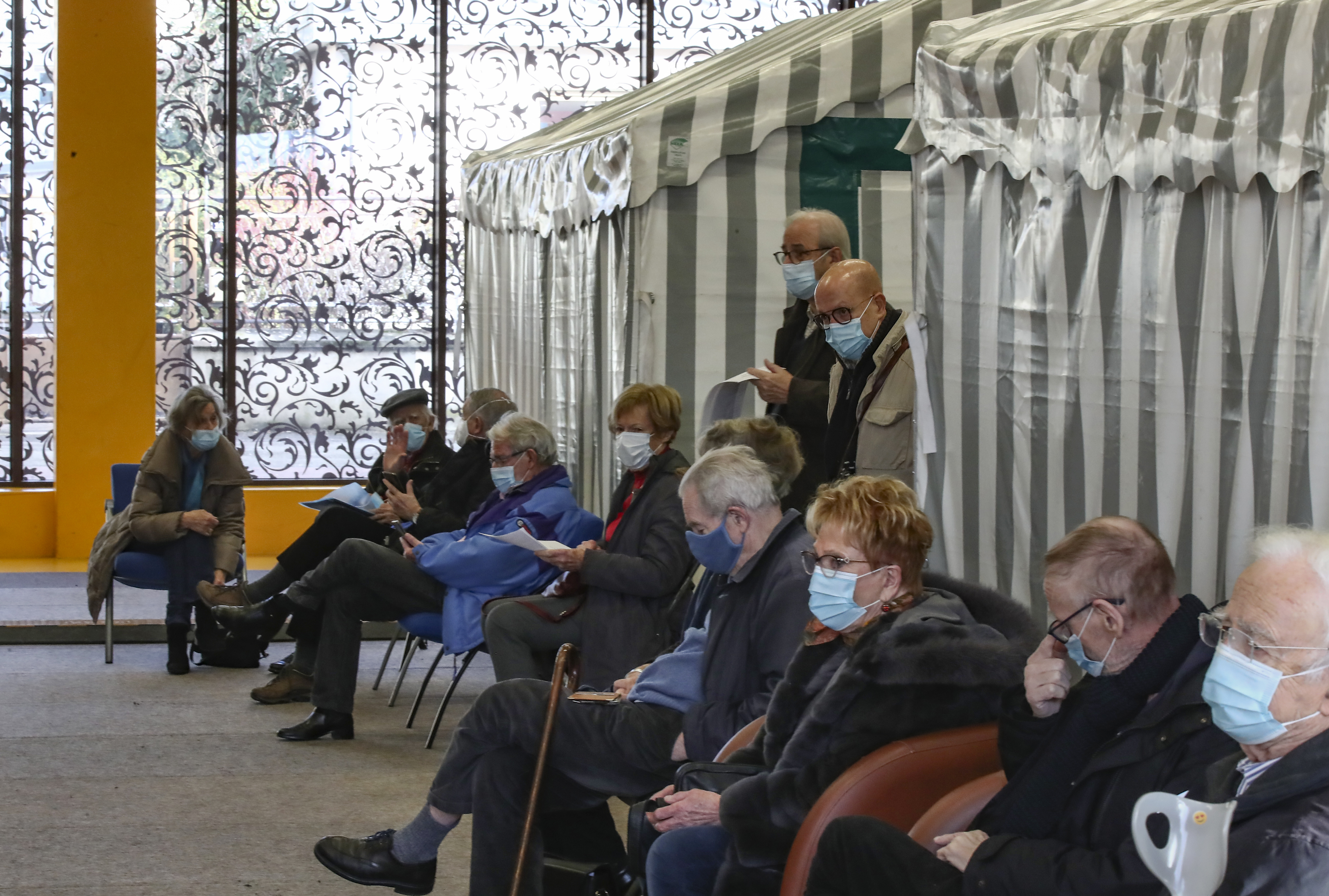 Unemployment and poverty are likely to soar in the next two years as a result of the pandemic./AP

Unemployment and poverty are likely to soar in the next two years as a result of the pandemic./AP

Wealthier nations are expected to make giant leaps in digitalization, with businesses moving online and their workforces continuing to work from home. But poorer countries are unlikely to be able to replicate these digital advances, meaning digital inequality will increase. International relations could also become frayed as nations prioritize their own interests in an attempt to recover as swiftly as possible from the pandemic.

The knock-on effect of the pandemic could be seismic. While the acceleration of digitalization could provide huge benefits to society it also brings with it the risk of an overreliance on technology and online tools to make decisions that were previously made by humans. Machine learning and sophisticated algorithms are being used on an increasing scale to diagnose health problems, choose investments, assess educational achievements and even predict the likelihood of prisoners reoffending. 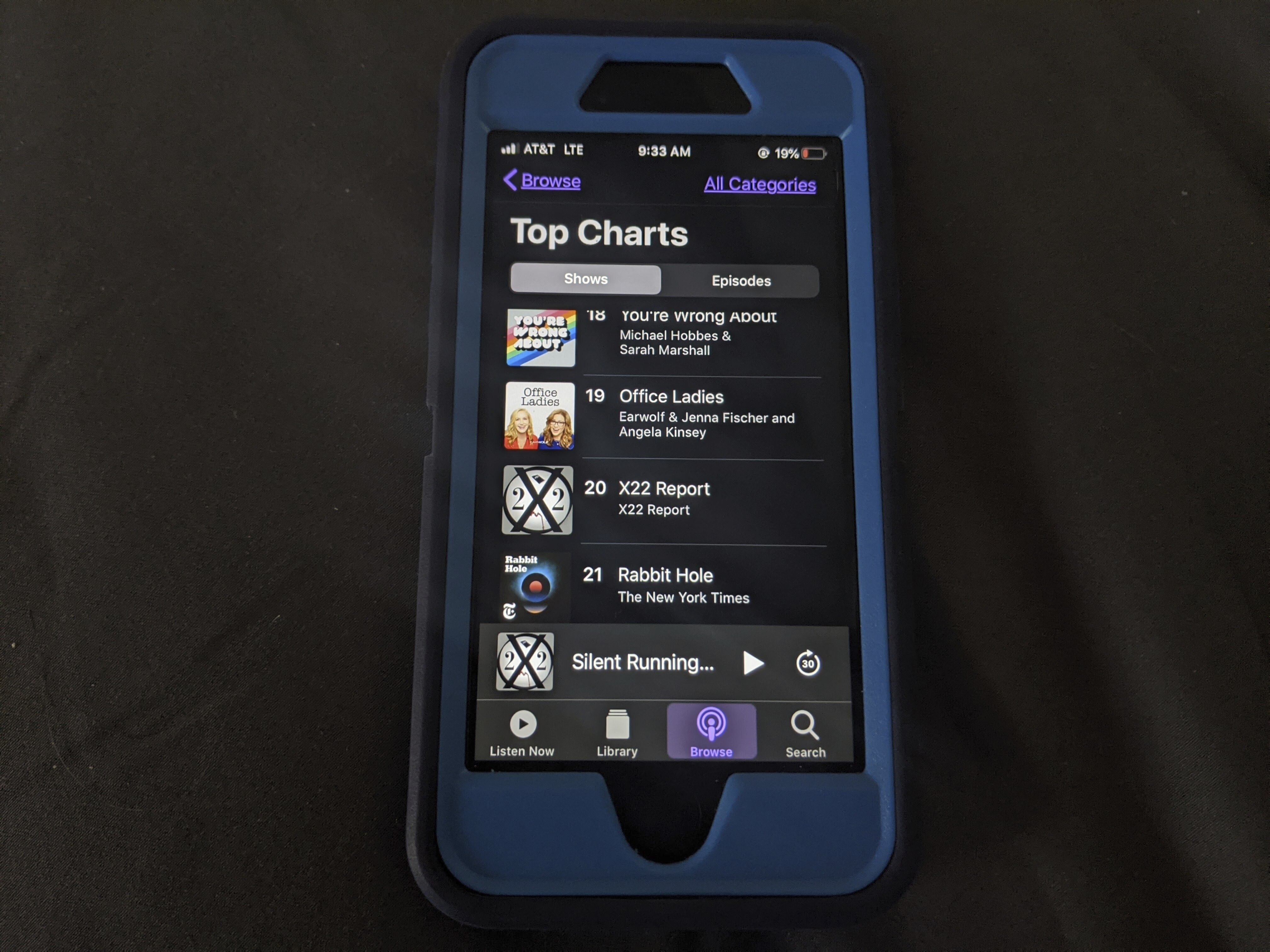 The increasing reliance on algorithms that produce large quantities of data could prove serious as individuals and non-state groups use it to spread misinformation on a global scale./AP

The increasing reliance on algorithms that produce large quantities of data could prove serious as individuals and non-state groups use it to spread misinformation on a global scale./AP

But the reliance on algorithms to make decisions could be dangerous if they rely on historical black box data that is no longer relevant or accurate. The sheer quantity of data produced is also of concern. The WEF fears it could be used for malicious purposes by individuals or non-state groups to spread dangerous content and misinformation on a global scale. The report says misinformation campaigns have increased by 150 percent in the last two years and that figure is likely to increase. 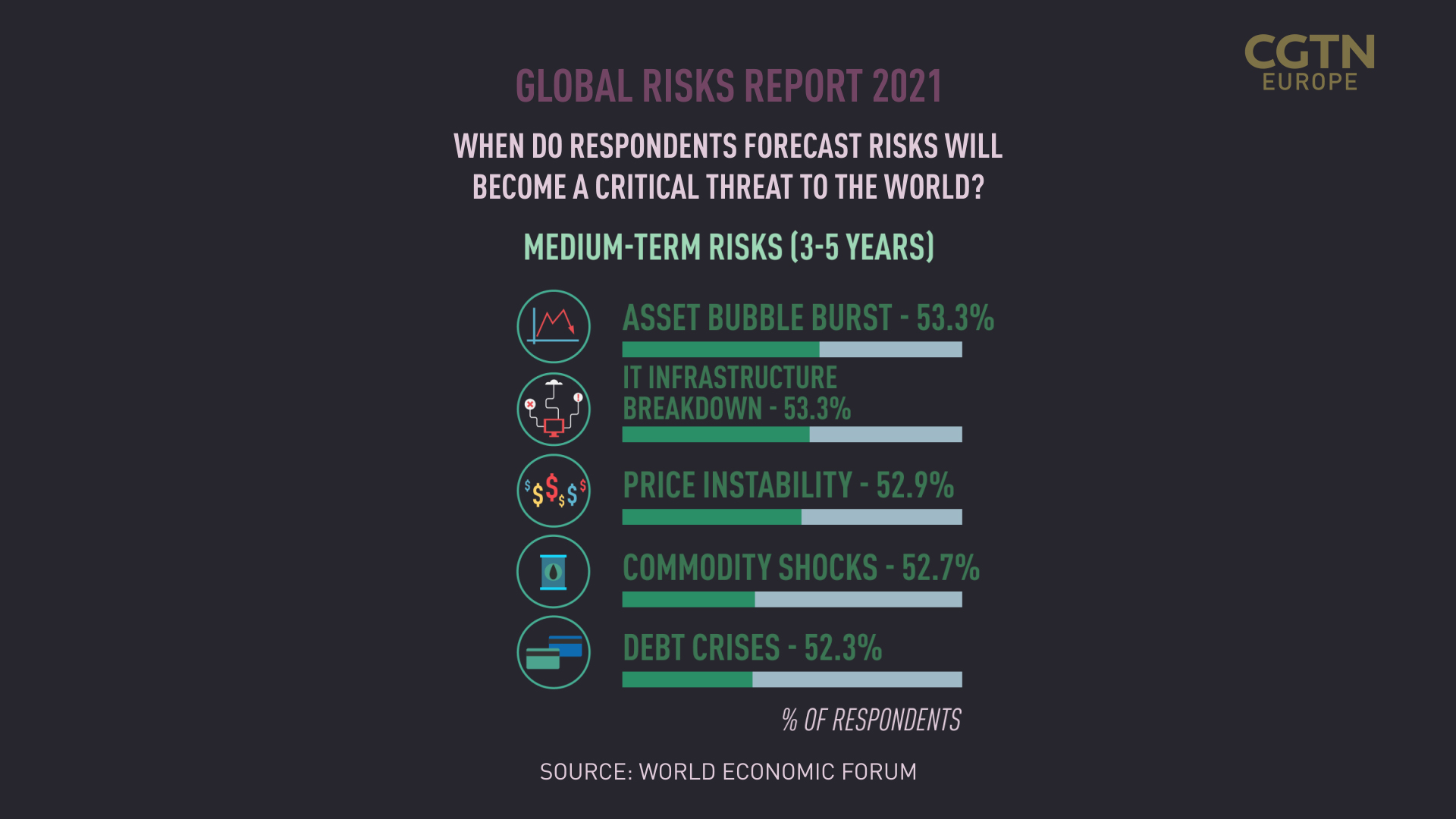 Growing competition between some of the world's richest nations brings with it the threat of war over the next decade, according to the WEF report. Middle powers - those nations with a growing economic influence that could provide alternative pathways regarding technology, trade and security, may be forced to align themselves with a single global superpower rather than pursue a balanced global strategy and cordial relations with all. 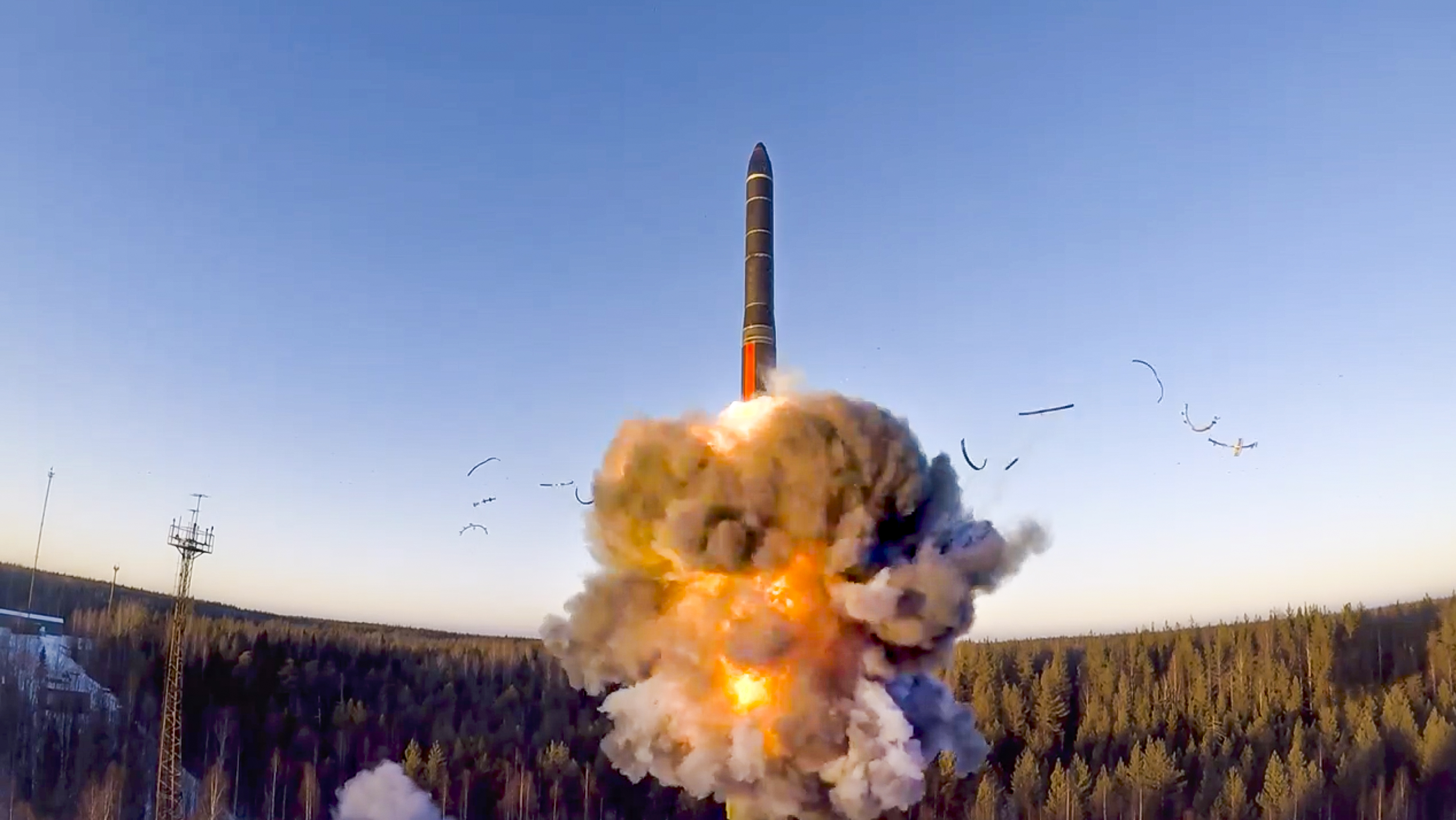 The threat of nuclear war could become very real within the next decade if tensions increase between some of the world's leading powers according to the report./AP

The threat of nuclear war could become very real within the next decade if tensions increase between some of the world's leading powers according to the report./AP

A changing political landscape and increasingly fragmented relationships between nations could be catastrophic, according to those surveyed. The absence of strong institutions or clear rules means that clashes may more frequently flare into full-fledged conflicts.