Download
Where do you have to pay for COVID-19 tests and how much do they cost?
Thomas Wintle 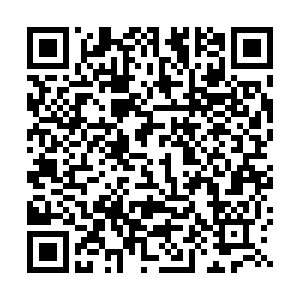 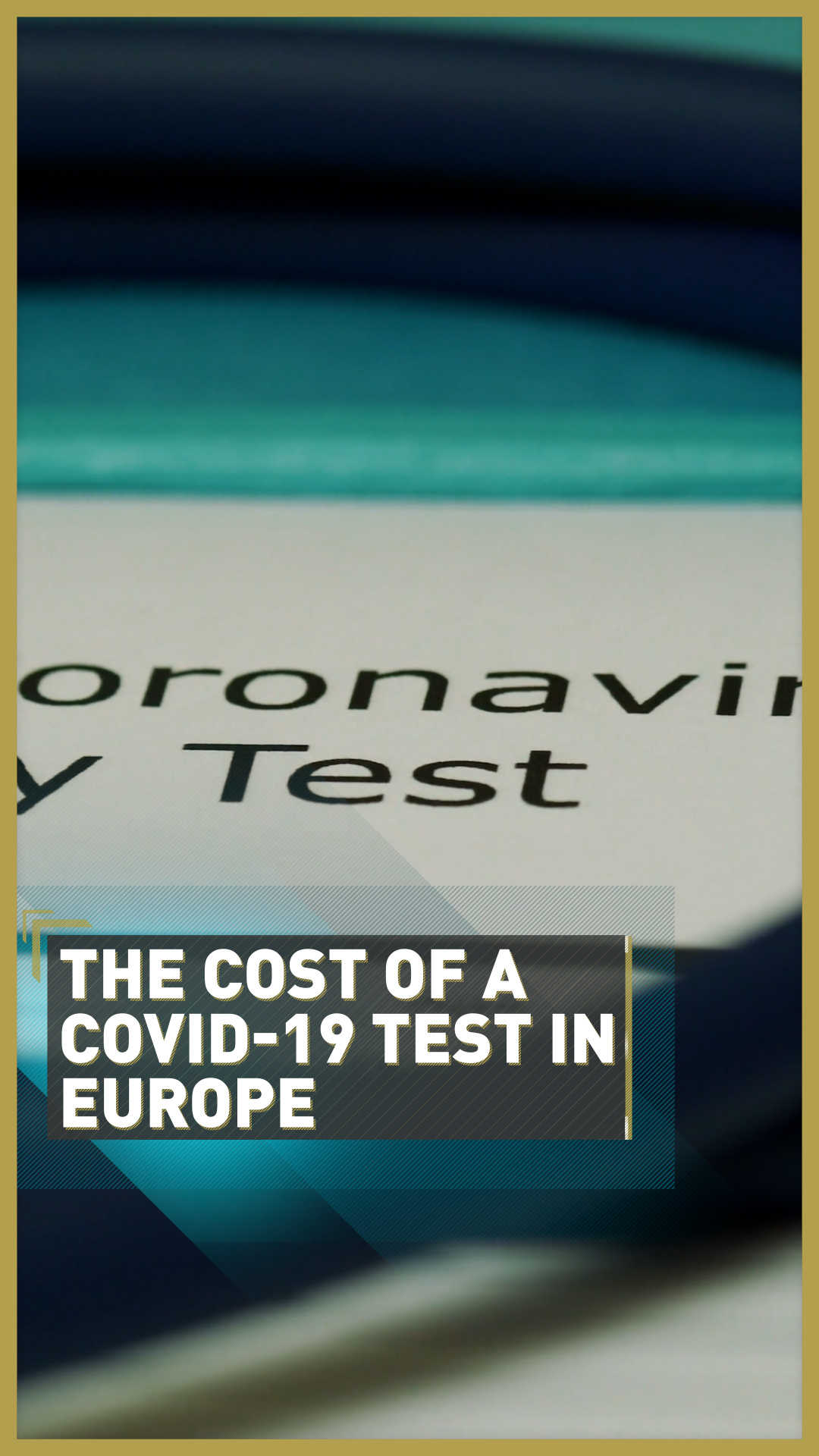 Like many European countries, the UK is now asking arrivals to provide a negative COVID-19 test if they want to enter – and while some states offer them for free, private testing is becoming the norm.

One issue is the varying price across the continent: in the Balkans, you can get a standard swab test for under $50, whereas some private UK providers are charging nearly $500.

Accessibility is also a concern – how easy is it to get a test in your country and can you get the results quickly enough to go to work or catch a flight?

Whether you have to pay or not, test-to-travel is likely here to stay as countries look at ways of safely reopening their borders. Here, CGTN Europe's correspondents explain how coronavirus testing, particularly in light of the new restrictions, differs around the continent.

· Most of Europe offers coronavirus tests for free if you show symptoms, but if you request one without symptoms or for travel, many countries like the UK charge.

· Some EU nations like France and Switzerland fully reimburse citizens for tests, even for travel, but you may need to pay up front.

· Italy and Germany are among the EU countries that require people to go through their GP before getting a test. 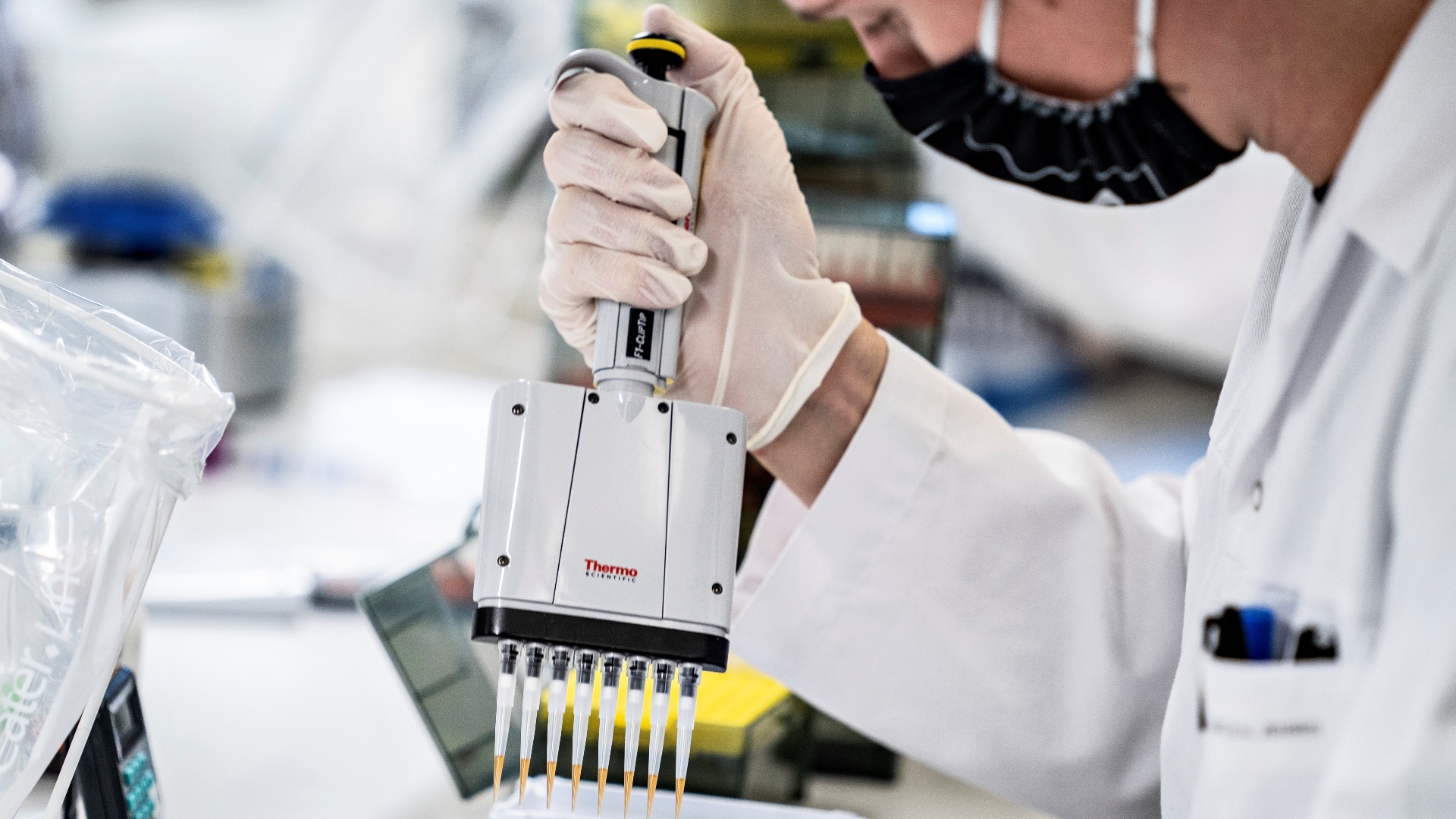 Danish citizens are able to get antigen tests for free even without symptoms but that is not the case across Europe. /Henning Bagger/AFP

Danish citizens are able to get antigen tests for free even without symptoms but that is not the case across Europe. /Henning Bagger/AFP

Taking a PCR (polymerase chain reaction) test is free in France and you do not need to book ahead. There are pop-up walk-in centers across the country where you can come without an appointment to take a free nasal swab test. You get the results by email about 24 hours later.

This test has been very popular and last autumn it was extended to high street pharmacies. In Paris, the mayor's office published an online list of where each walk-in center is in each neighbourhood.

There are often long queues but these tests have been free of charge since the start of the mass testing campaign last summer. You do have to pay $45 if you would like to take a blood antibody test to see if you have had coronavirus in the past. 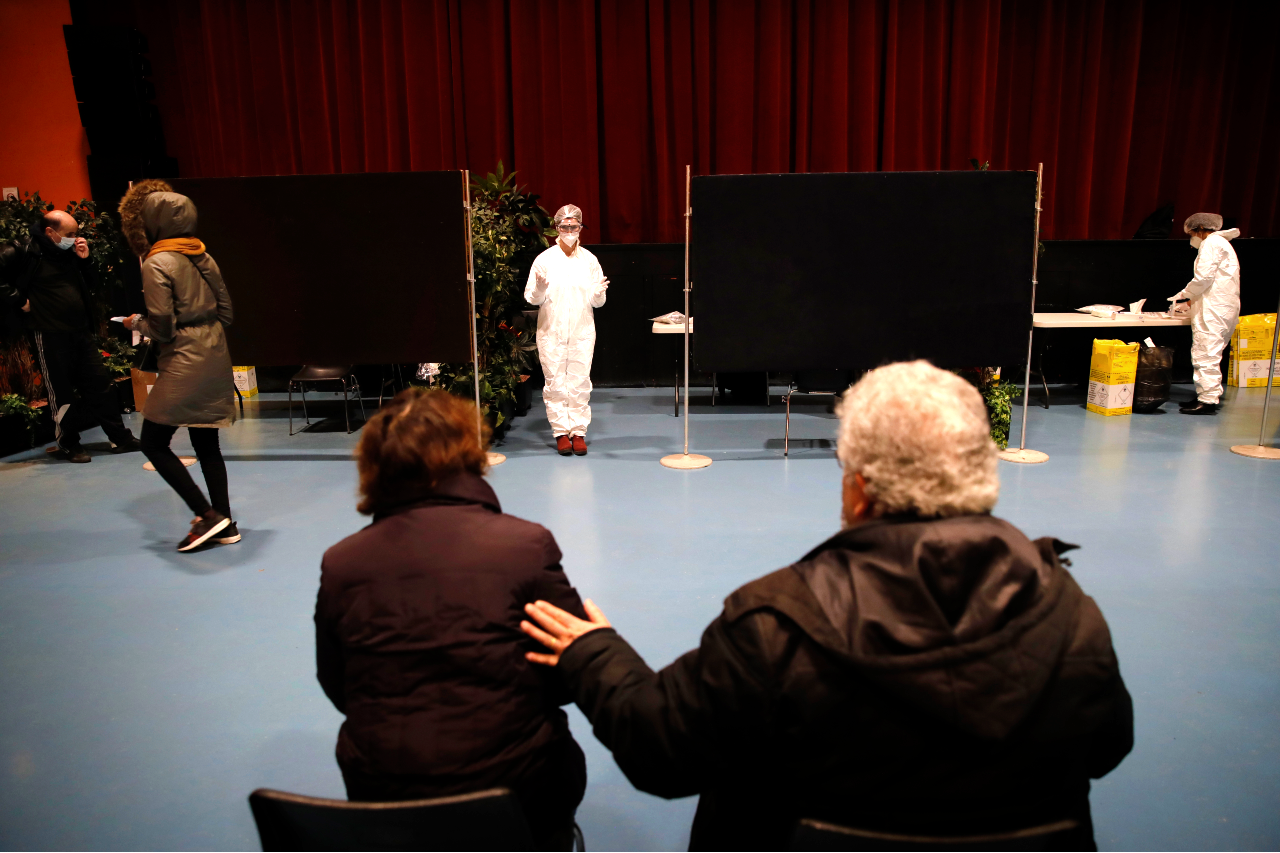 In Hungary tests performed in a public hospital or with a prescription are free. The government has also set a cap of $66 on the price of tests for patients getting checked "on a voluntary basis" – for example, when returning from abroad.

The government has said most of the tests in Hungary have been free, having carried out mass testing in specific areas such as schools, social services, child welfare care and for street and community workers. These free mass testing campaigns usually happen on weekends and rely on around 2,000 university students who are employed to administer the tests.

"The majority of the 47,000 employees in social care homes and 191,000 in public education facilities are expected to sign up for the testing, which is voluntary," the government said in a statement.

A total of 2,968,743 PCR tests have been performed in Hungary so far. However, its testing rate, which reached 10,000 per day at some point, has been gradually reduced. Most recently, around 5,000 people are checked for the virus per day.

READ MORE: The different types of COVID-19 tests and how they compare

In Italy, anyone with coronavirus symptoms or who has been exposed to the virus can be tested for free after calling a regional healthcare helpline.

Coronavirus swabs are free at airports that have the facilities if you are arriving from a country where mandatory testing is required – although in some cases you must pre-book an appointment.

Tests can also be requested through general practitioners, regardless of symptoms. After a consultation with a doctor this is available for the cost of a prescription. These are administered at public medical facilities so it can involve a wait to get tested.

Many people choose to speed up the process and avoid an appointment with a GP by getting tested privately. Prices for a private test range between $49 and $109, with the cost fluctuating across different regions. 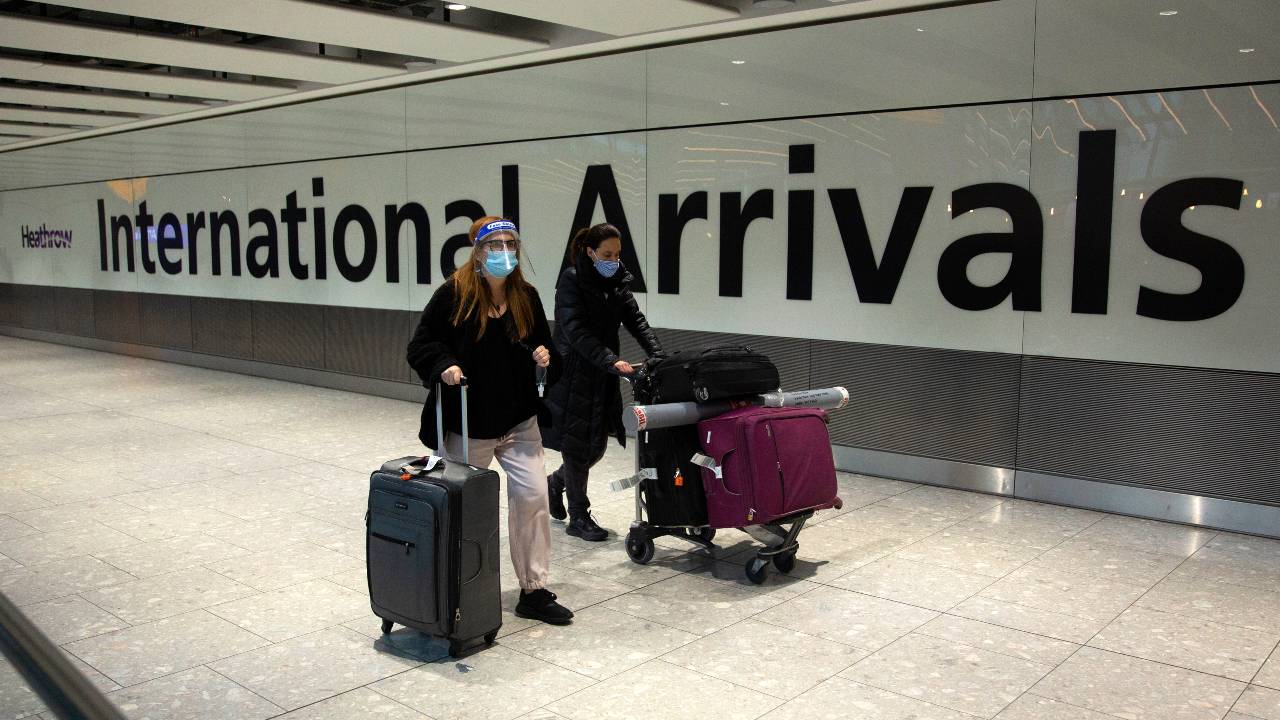 Tests are available at some UK airports like Edinburgh and London Gatwick, with more sites set to follow suit. /Matt Dunham/AP Photo

Tests are available at some UK airports like Edinburgh and London Gatwick, with more sites set to follow suit. /Matt Dunham/AP Photo

In the UK, you can get a free test through the National Health Service (NHS) if you show common symptoms of the coronavirus like a continuous cough, high temperature, or loss of the sense of taste.

You also don't have to pay if you need to go to a hospital or are asked by a government official to get tested. However, the NHS won't cover the cost if you don't have any symptoms, when you're leaving the UK for holiday or work, or if you come back from a high-risk country.

Unlike other European countries, there isn't a cap on the price of testing: luxury tests – in which a health professional comes to your home and the results are available within 24 hours – can cost up to $476. However, standard PCR tests are available at pharmacies for around $163.

Tests are also available at some UK airports like Edinburgh, with more sites set to follow suit. London Gatwick offers tests to passengers at a cut rate of $82 while the general public pays $135. Some airlines like WizzAir and EasyJet are also offering discounts on rapid tests. 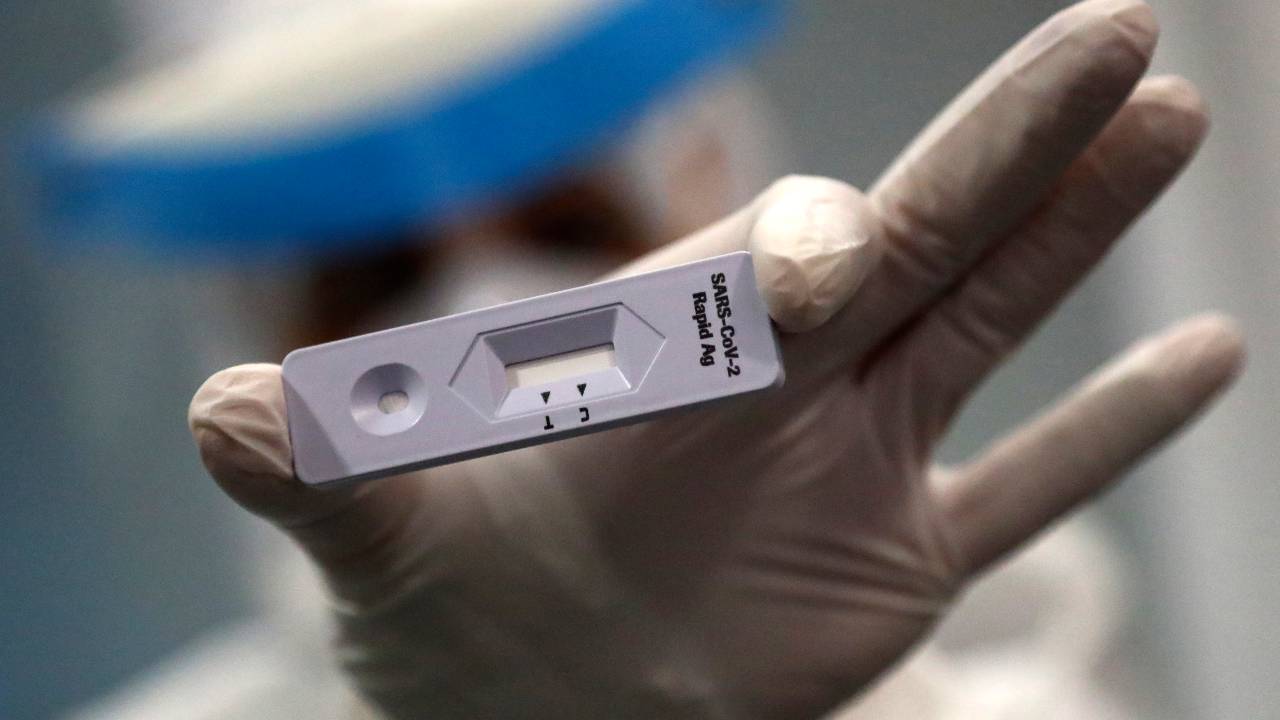 Reporting during the pandemic has taken me to France, the United States, and Switzerland – but nowhere have I found testing to be less accessible than in Germany.

Unlike most European neighbors, large-scale testing clinics are not widespread here. Instead, if you're in need of a test you have to see a general practitioner to get one "prescribed."

I was surprised by how difficult it was to get tested five days after arriving in Frankfurt. My only option was to head outside of the city to the airport where PCR tests are given without a prescription or an appointment.

Testing is not free in Germany unless you work as a government-approved essential worker. Residents have to see a doctor in order to get it paid for by the German health service; however, there are rules about this.

In most regions, foreign travel does not qualify for free testing anymore. Regardless of nationality, travellers must pay around $80 for a PCR test if they want to exit quarantine early. However, German airline Lufthansa is starting to offer rapid testing on selected internal routes for between $72 and $169, the price depending on how fast you want the results.