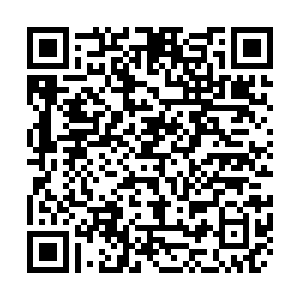 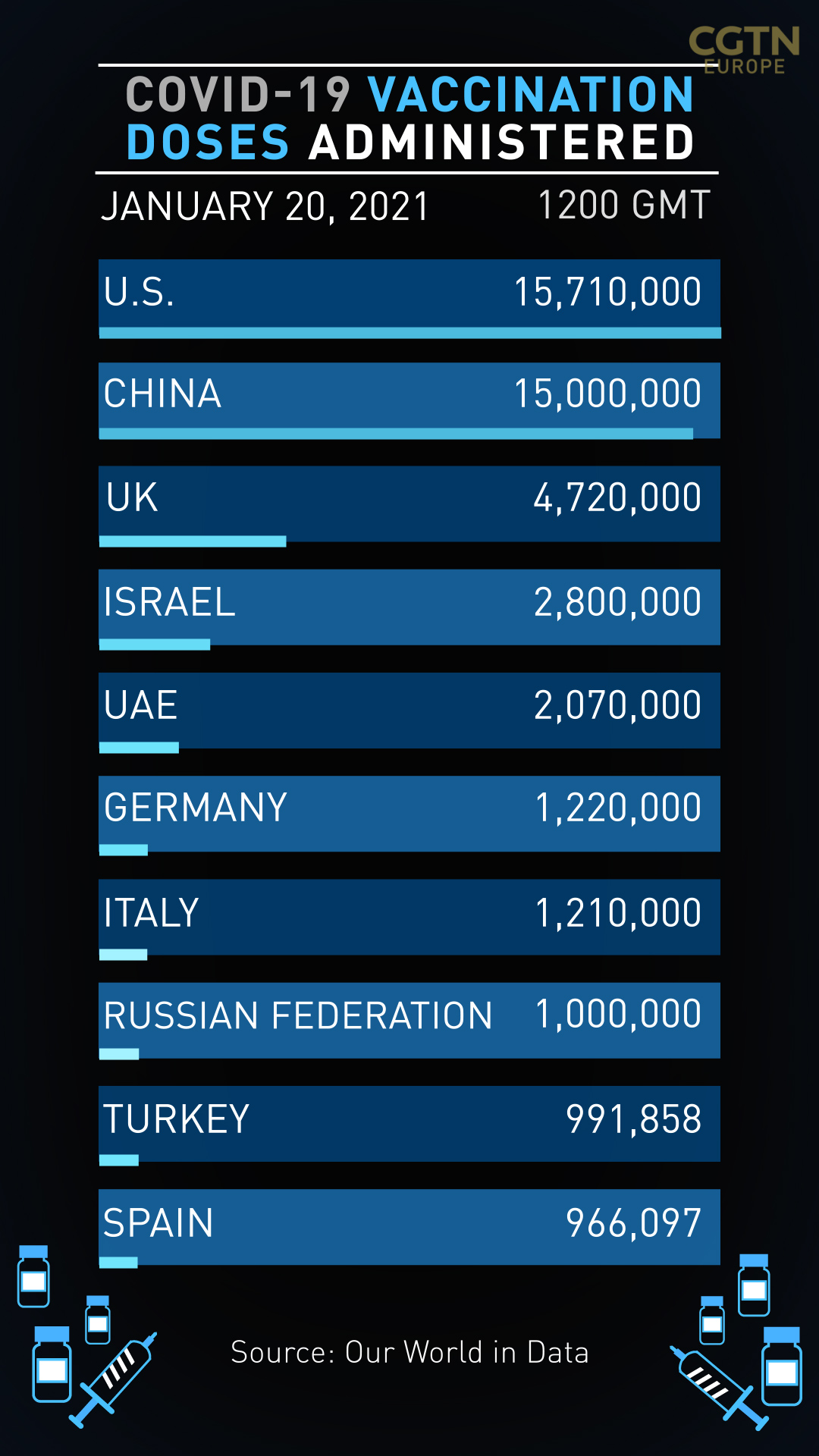 - Germany's Chancellor Angela Merkel has warned that Germany could consider closing its borders if other European countries do not act quickly to slow the spread of the virus across the continent.

- The UK's drug regulator, the Medicines and Healthcare products Regulatory Agency, is ready "to turn around new applications for new variants of vaccines, as may be required to deal with new variants of the virus," Prime Minister Boris Johnson said.

- Health officials in France have advised people against wearing cloth face masks as they do not guarantee protection against the new variants of the virus.

- Russia's sovereign wealth fund has said it's filed for EU registration for the Sputnik V vaccine, with the jab expected to be reviewed by the bloc's regulators in February.

- The Netherlands is set to impose a nationwide curfew from Friday, Prime Minister Mark Rutte said. The curfew will be between 8:30 p.m. and 4:30 a.m. and last until February 10. It will also ban flights from the UK, South Africa and South America from January 23 amid concern over the spread of variants among those regions.

- Denmark has announced that it will revise its vaccination targets down by 10 percent in the first quarter after Pfizer/BioNTech announced it would reduce deliveries across Europe as it attempts to scale up production. Meanwhile Italy is preparing to take legal action against Pfizer over delays in delivery of their pre-ordered vaccines.

- The UK has reported a further 1,820 deaths in the past 24 hours, the highest daily death toll since the beginning of the pandemic, breaking the previous of 1,610 record set on Tuesday.

- The situation in France is likely to be "very tough" in the coming weeks due to the emergence of a more contagious variant, according to Karine Lambone, the head of infectious diseases at Paris's Saint Antoine Hospital.

- Health workers in northern Spain have deployed a mobile vaccination trailer that enables the elderly to get easier access to shots. The truck goes from village to village delivering doses to those most in need.

- EU member states are expected to agree on a form of vaccination certificate by the end of the month but have no plans to give travel rights to document holders, the European Commission has said.

- The delayed Tokyo Olympic Games looks "unlikely" to go ahead this summer as the pandemic continues to surge across the world, according to the deputy chairman of the London 2012 Olympics organising committee, Keith Mills, who called on Japanese officials to make plans to cancel the event.

There are reports today suggesting supplies of the Pfizer-BioNTech vaccine may be getting tight after the numbers of people who received jabs fell over the past three days.

But ministers insist they are still on target to vaccinate the four most vulnerable groups by the middle of February.

There are also reports that cabinet officials are starting to draw up early plans for lifting the national lockdown. At the moment it's said to be based on easing restrictions towards Easter using the previous system in reverse, with most of the country going back to Tier 4 to begin with.

The NHS has reported a sharp drop in patients admitted to hospitals in England with heart attacks or heart failure as people who require need urgent medical care are becoming reluctant to seek it. 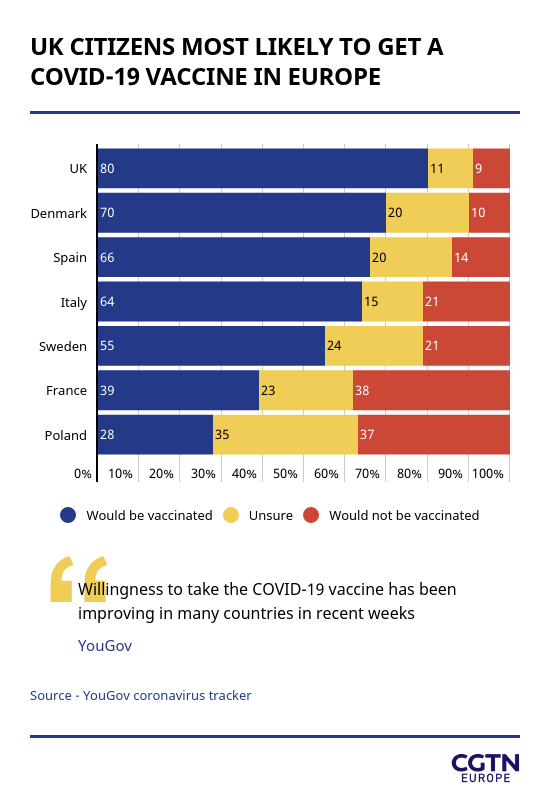 Hungary will receive a new shipment of the Pfizer-BioNTech vaccine on Wednesday, which will allow around 36,000 people to get inoculated. The jab will be used primarily on healthcare workers.

Authorities, however, continue to criticize the EU for being too slow in delivering the vaccine. Health regulators continue to study China's Sinopharm vaccine.

Meanwhile neighboring Serbia has become the first European country to use a Chinese COVID-19 vaccine.

Serbia took delivery of a million doses of the product on Saturday and the country's health minister also received the vaccine. He said Serbia was trying to protect itself against the stronger strains of the virus, already detected in Hungary.

We can do anything we like, but we will not succeed if others are not working in parallel
-  Angela Merkel, Germany's Chancellor

An investigation is under way into the deaths of five people in France after receiving the Pfizer-BioNTech vaccine.

The government is holding a review today to assess if, when and how to reopen the culture, hospitality and sporting sectors in February. A 'health defense council' of senior ministers is also taking place this morning. Both meetings come before Thursday's weekly government news conference.

Ski resorts will also find out today if they can reopen for the winter holiday season (February 6 to March 1).

The threat of the spread of the variant first discovered in the UK is materializing in France. According to projections by the National Institute of Medical Research this variant could become "dominant in France between late February and mid-March. 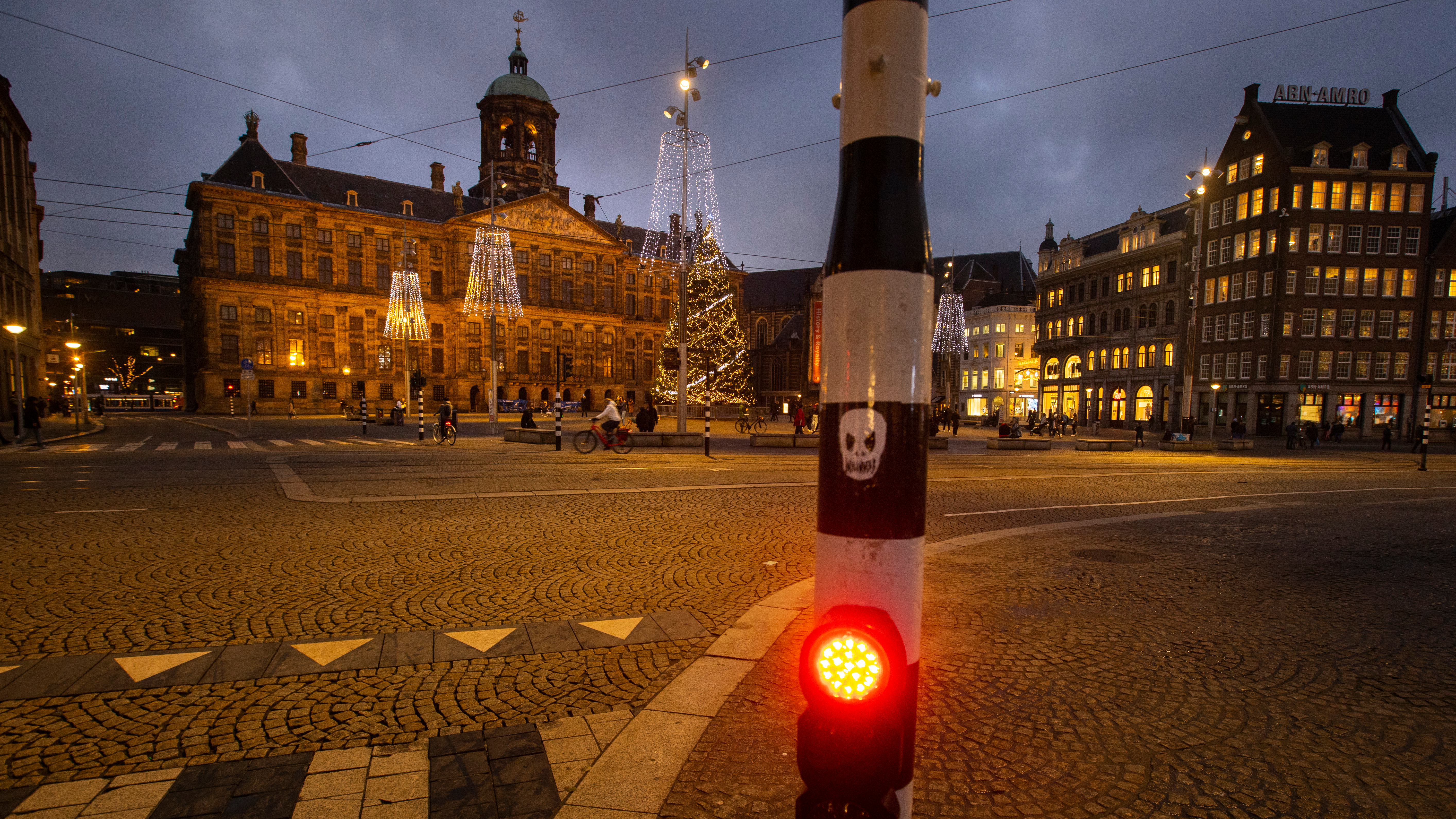 The Netherlands is set to impose a nationwide curfew between 8:30 p.m. and 4:30 a.m. from Friday, Prime Minister Mark Rutte said. /AP

The Netherlands is set to impose a nationwide curfew between 8:30 p.m. and 4:30 a.m. from Friday, Prime Minister Mark Rutte said. /AP

Reports in Belgian media suggest a missing signature caused Belgium to miss out on two and a half million coronavirus vaccines.

In mid-November, the European Commission alongside EU member states placed an order for 200m Pfizer-BioNTech vaccines. Under the order, Belgium was due to receive about five million doses.

A month later another order was placed for an additional 100 million vaccines, but Belgium's medicines agency forgot to sign the participation document.

While daily new infections drop below 2,000, there are signs the R number in Belgium has risen above 1.0.

A further 248.7 infections were confirmed per 100,000 inhabitants, a 20 percent increase from the week before. The uptick is likely caused by the Christmas holidays and travelers returning home. 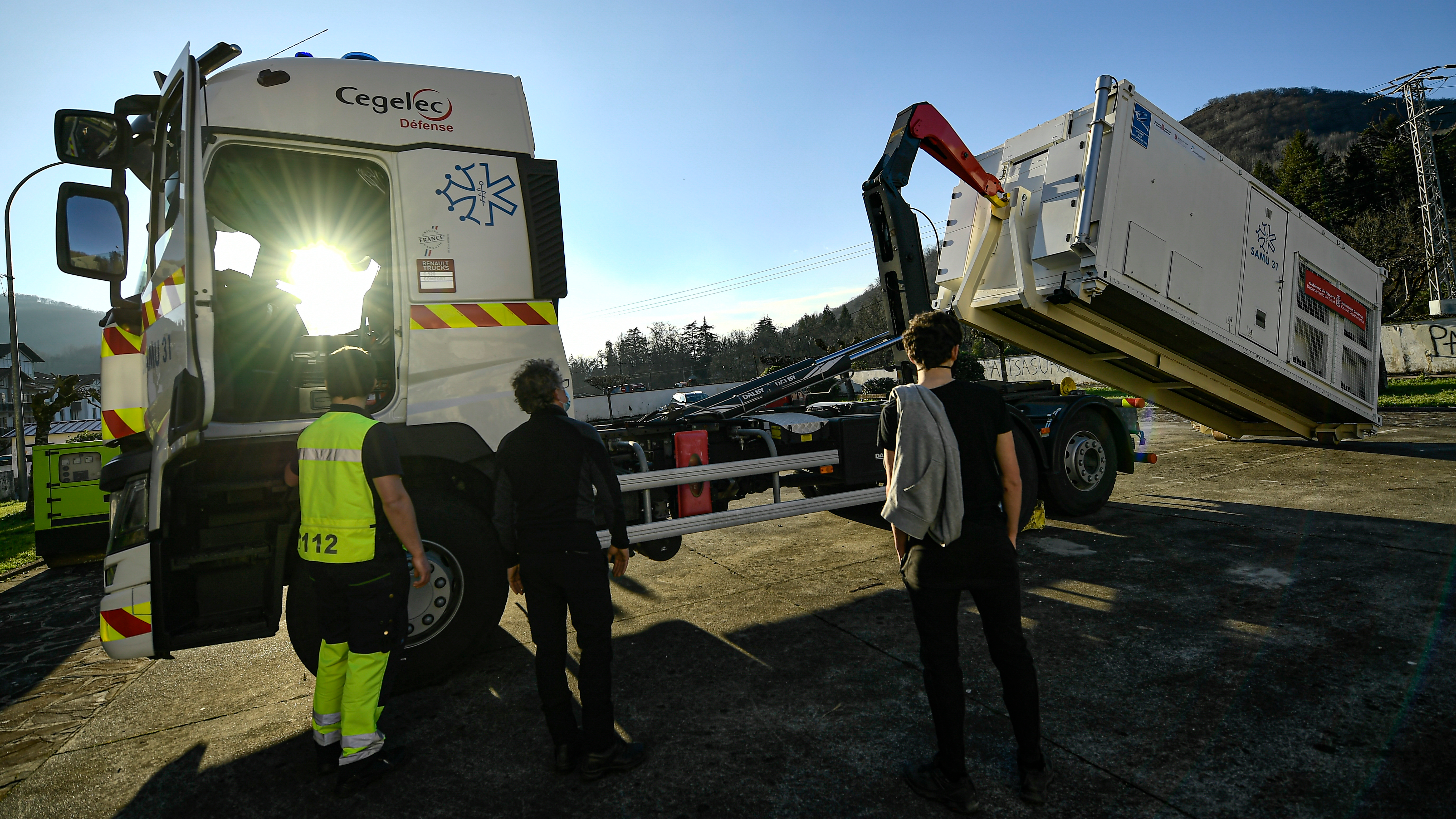 Health workers in northern Spain have deployed a mobile vaccination trailer that goes from village to village delivering shots to the elderly. /AP

Health workers in northern Spain have deployed a mobile vaccination trailer that goes from village to village delivering shots to the elderly. /AP