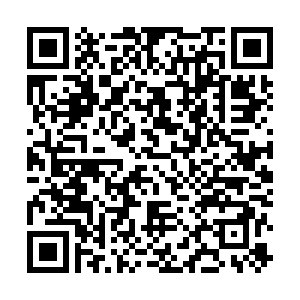 The German state of Bavaria will begin mandating FFP2 masks in shops and on all public transport from Monday.

When the announcement was made last Tuesday, State Premiere Markus Söder said it was "to make everyday life safer."

Since the wearing of face-coverings was made mandatory across Bavaria last April, people were allowed to wear pretty much anything that covered their mouth and nose. Those "community masks", said Söder, were used to protect others, "FFP2 masks will also protect you."

FFP2 or their equivalent N95 or KN95  in other parts of the world, filter up to 94 percent of the particles, droplets and aerosols from the air and have been used by many in professional fields such as construction and healthcare for some time now.

While other nations have resisted mandating them to avoid any supply issues for those working on the front line of COVID, Söder says "the availability in the trade is sufficiently guaranteed" while Bavaria's Health Minister, Klaus Holetschek, says "the market has developed incredibly."

Yet supply and price for the general public has been of some concern. Individually, a one-time use, disposable FFP2 mask costs between $2.40 and $6, while prices have been increasing amongst the many retailers selling them. 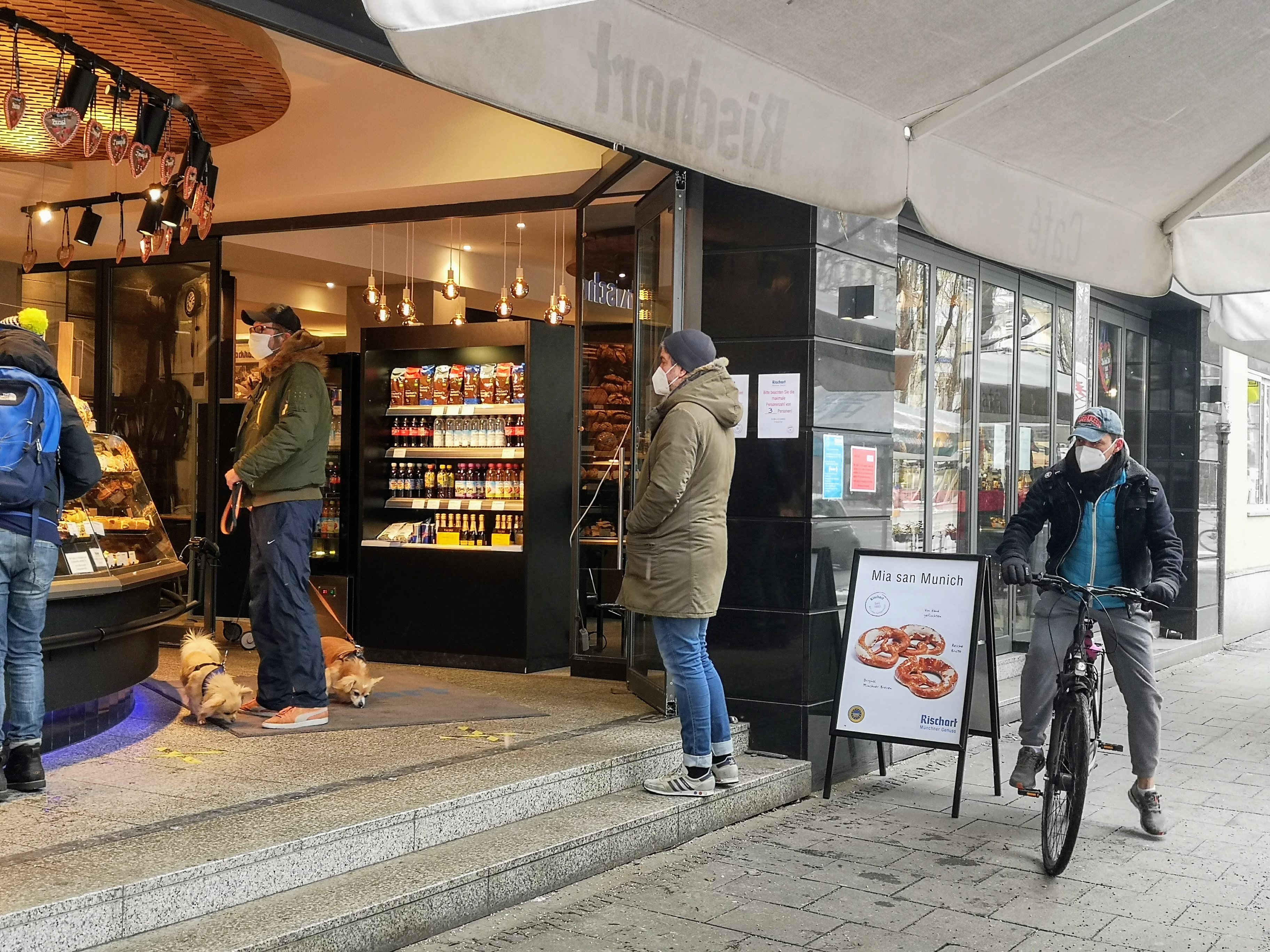 FFP2 masks filter up to 94 percent of the particles, droplets or aerosols from the air and will now be mandatory on public transport and in shops across Bavaria from Monday./CGTN.

FFP2 masks filter up to 94 percent of the particles, droplets or aerosols from the air and will now be mandatory on public transport and in shops across Bavaria from Monday./CGTN.

State officials have promised two-and-a-half million free FFP2 masks to people in need, yet many pharmacies feel they have been left responsible for their own distribution without any state help.

Stefanie Salb, the owner of Lackner Pharmacy in Munich, said: "We didn't get any support. We only got the information that we had to hand over the masks. To get the masks, we had to contact dealers ourselves so that we could get them."

Salb says she believes in the new regulation and wants to help the people with supply, but it has been made difficult for her. 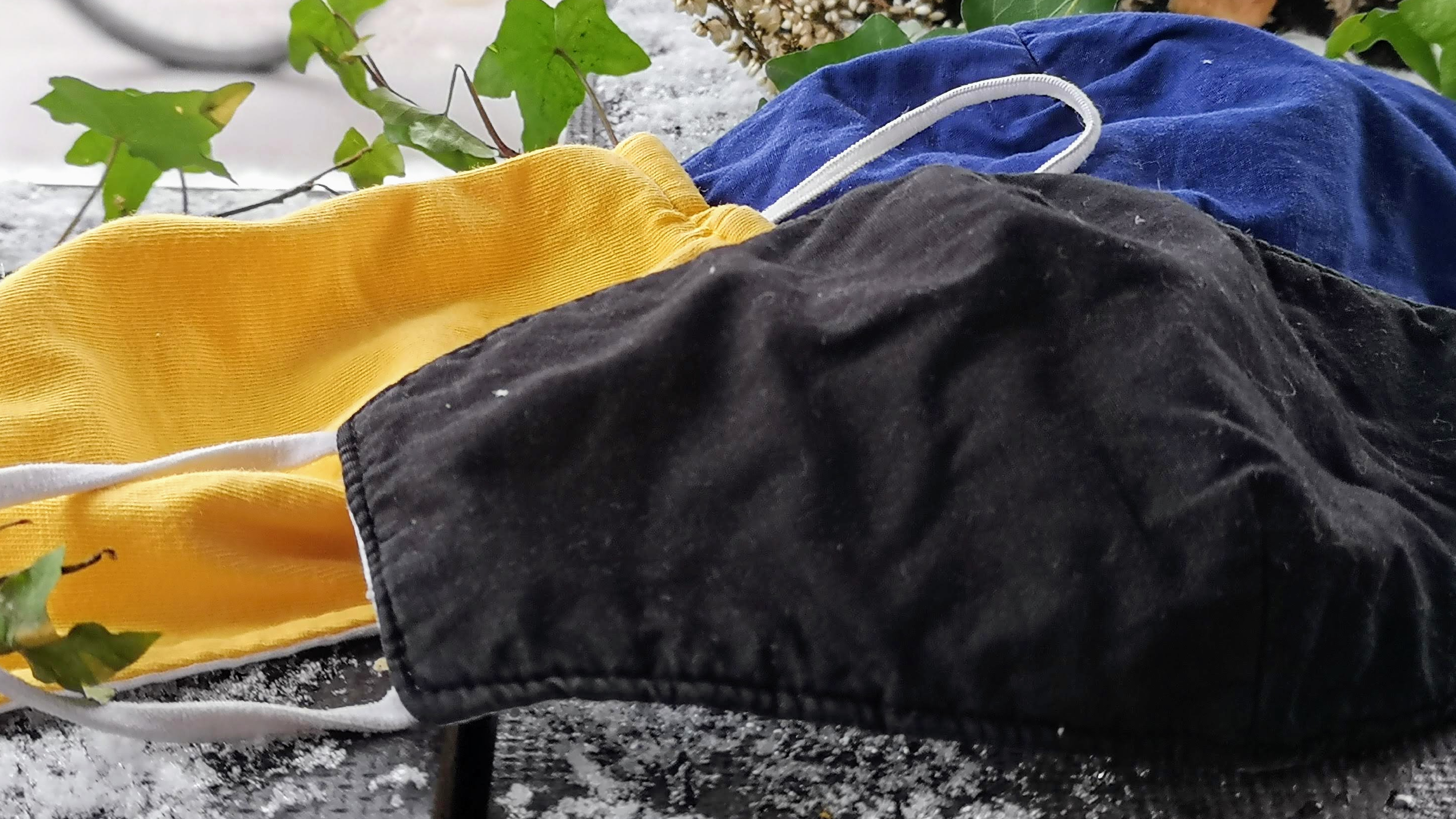 Face coverings like these have been permitted in public spaces in Bavaria since April last year but will no longer be allowed./CGTN.

Face coverings like these have been permitted in public spaces in Bavaria since April last year but will no longer be allowed./CGTN.

"We really try to help everyone and if it is not possible, it is definitely not possible," she attests. "Many decisions that are made by politics are made so ad hoc and we are the ones who then have to implement them."

Out on the streets of Munich, many residents say they agree with the new ordinance on the basis of public health and safety.

Munich Resident Benni Harvey, told CGTN Europe: "I think it's a great thing because they are proven to work well, better than the other masks, so I think there is no reason to not wear them. But if people are not able to buy them, I think the state should help out."

"Yeah I have no problem at all," said 79-year-old Karl Taxis. "They are affordable and I got 12 in one shop. The only thing that is disturbing is the ear (strap) so sometimes I put it a little bit down." 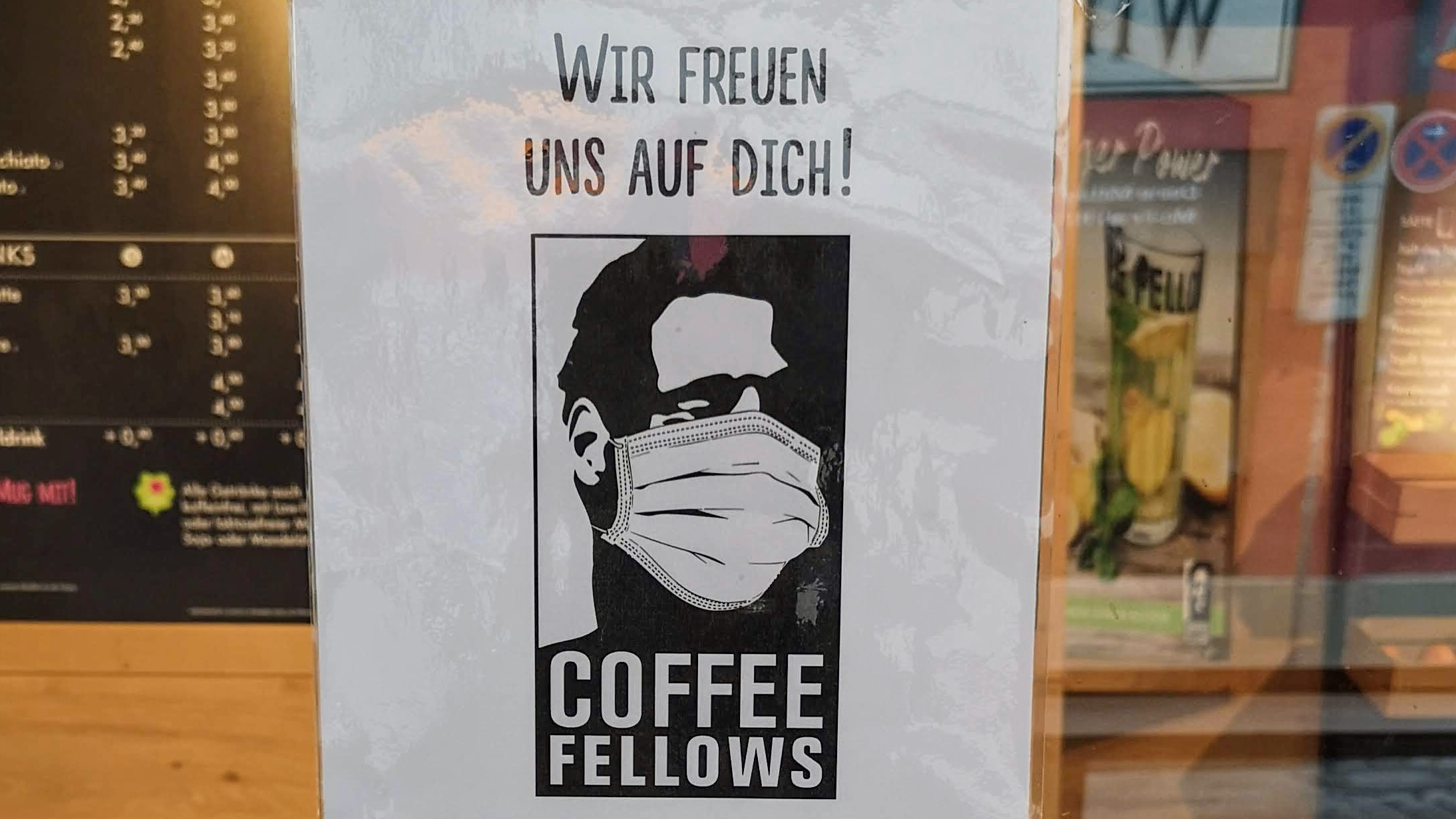 Coffee shops have put up signs warning customers that they won't be allowed to enter unless they are wearing the correct type of mask./CGTN.

Coffee shops have put up signs warning customers that they won't be allowed to enter unless they are wearing the correct type of mask./CGTN.

Even opposition parties in the state are relatively supportive of the new measure and Germany's centre for disease control, The Robert Koch Institute, says FFP2 masks are effective if worn properly, tight and covering the mouth and nose.

Germany has reported more than two million COVID-19 infections since the pandemic began and daily numbers have not seen a substantial decrease despite a nationwide lockdown that began in November.

While Bavaria's implementing of FFP2 masks is only state-wide, Germany's parliament will now debate whether to make them mandatory across the country.