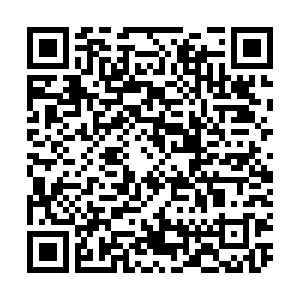 23 elderly people in Norway, who were given a COVID-19 jab and suffered side effects have subsequently died, according to the country's drug watchdog, the Norwegian Medicines Agency. /VCG

23 elderly people in Norway, who were given a COVID-19 jab and suffered side effects have subsequently died, according to the country's drug watchdog, the Norwegian Medicines Agency. /VCG

Norway's health ministry has adjusted its advice on who gets a COVID-19 vaccine following a small number of deaths in elderly people after they received the jab.

In a change of advice, officials will now leave it up to each doctor to consider who should be vaccinated and who shouldn't.

The country's drug watchdog, the Norwegian Medicines Agency, has reported a total of 23 people who had suffered side effects and then subsequently died.

At least 13 of the death recorded were patients in nursing homes and all over the age of 80, the agency added.

More than 42,000 inoculations of either the Pfizer/BioNTech or Moderna vaccine have been given to Norwegians so far, according to figures from Our World in Data.

Despite the fatalities, the country's medicines agency says it is not worried.

"We are not alarmed by this. It is quite clear that these vaccines have very little risk, with a small exception for the frailest patients," Steinar Madsen, the Norwegian Medicines Agency's medical director, said.

"Doctors must now carefully consider who should be vaccinated. Those who are very frail and at the very end of life can be vaccinated after an individual assessment," he added.

The agency said that 10 of the 23 reported fatalities are yet to be fully assessed to determine the exact cause of death.

The Norwegian Institute of Public Health had previously urged for the benefits and disadvantages to be weighed up, especially when vaccinating elderly people.

"Any side effects of the vaccine will be outweighed by a reduced risk of becoming seriously ill with COVID-19 for elderly, frail people," it added.

The World Health Organization has also called on countries to report any side effects they find as a result of vaccinations, with the UK and US among those to have flag up such reactions so far.