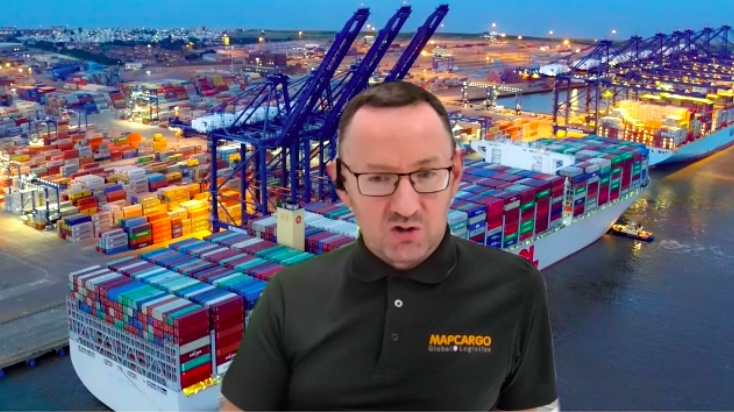 Mark Hawkins, of Mapcargo, says that fewer flights has pushed up the price of air freight. CGTN

Mark Hawkins, of Mapcargo, says that fewer flights has pushed up the price of air freight. CGTN

Companies using air as an easier option to transport goods post-Brexit are being hit by prices up to four times higher due to the pandemic with fewer planes operating, says logistics firm Mapcargo's UK managing director.

With fears of long waits at UK and EU ports as new paperwork is needed to move goods across the Channel, some businesses have opted to move freight by air.

Mark Hawkins, of Mapcargo that delivers goods globally, says the advantage of now using UK airports is that they are more experienced at handling paperwork.

But supply is being outstripped by demand, especially as air freight tends to move on passenger planes and many of these haven't been flying due to the pandemic.

It has led to a massive hike in prices.

"It is nowhere near the air freight capacity because the vast majority of air freight generally moves on passenger aircraft," Hawkins told CGTN.

"If the planes are operating there is a lot more air freight capacity, with some withdrawn from the industry it has really pushed up air freight rates so at the moment the cost of moving goods around the world is probably two to three times higher if not four times higher than it has been in the past."

Hawkins said that there are many more smaller vehicles carrying specific goods following Brexit and a lot of businesses are using air.

"There's a lot more focus on dedicated vehicles, for instance, so there are a lot more smaller vehicles running in and out of Europe at the moment," he continued. "There's also a lot more air freight as well. In an effort to try and avoid any potential congestion or delays at the Ro-Ro ports such as Calais and Dover…. many traders are actually using air freight services where they can as well." 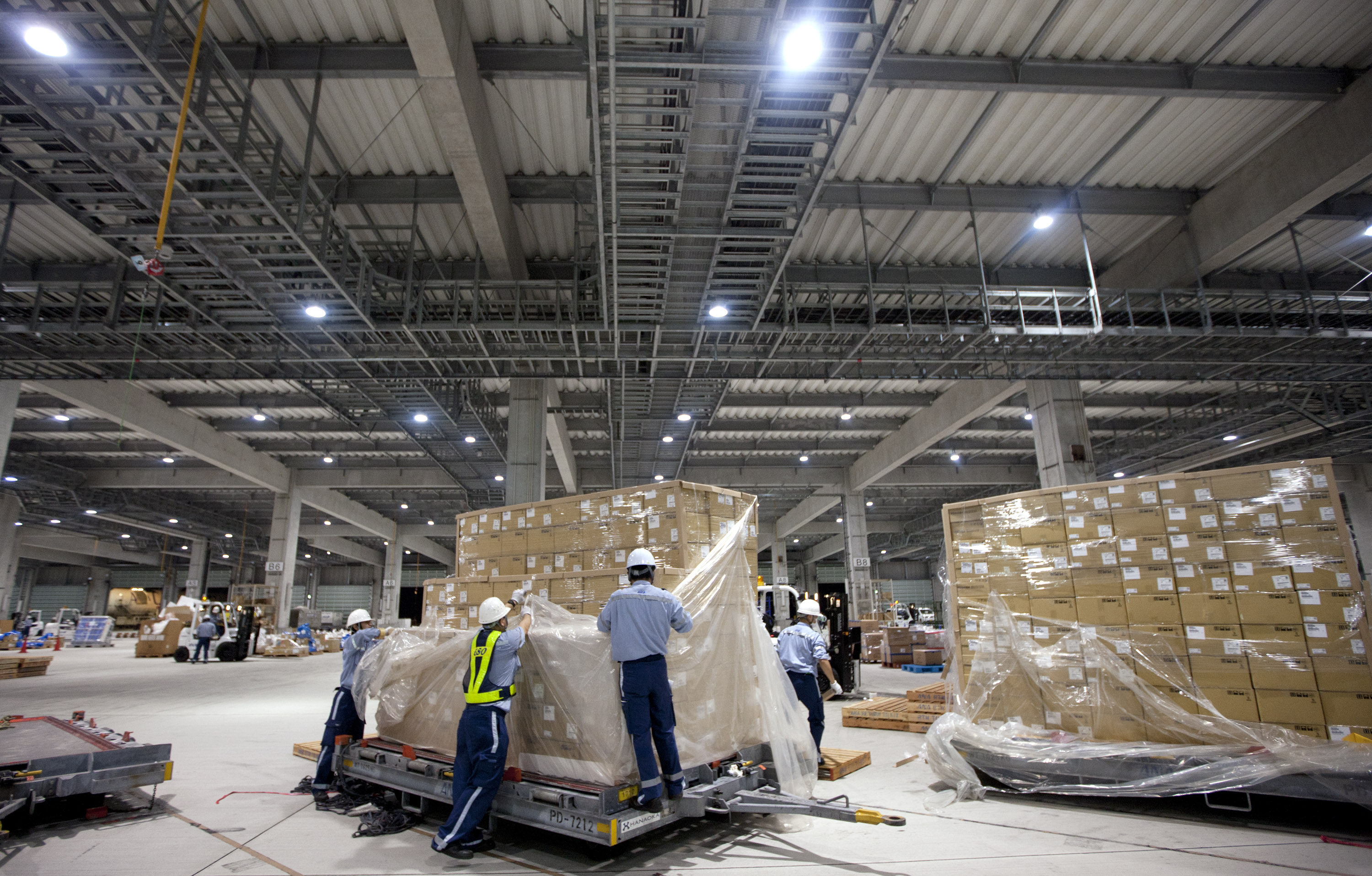 Air freight prices around the world have risen due to the pandemic. /Tomohiro Ohsumi/Bloomberg/Getty

Air freight prices around the world have risen due to the pandemic. /Tomohiro Ohsumi/Bloomberg/Getty

European airports generally have more experience in handling paperwork as they typically have had more cargo traffic that is moving outside the EU.

"What you are avoiding really is the potential congestion and lack of expertize perhaps in custom regulations and procedures at ports such as Dover, Folkstone and even on the European side as well," said Hawkins.

"The freight forwarders are very experienced and the custom brokers have a lot of knowledge and experience around the main ocean and free ports but not so much on the Ro-Ro ports where of course the expertize hasn't been required for the last 30 years."

Hawkins is expecting the elevated costs of transporting goods to continue for at least a year.

"I think it will continue throughout 2021," he continued. "Ocean freight rates are currently four to five times higher than what they would normally be and for air freight, simply due to the demand, it is outstripping the supply for air freight capacity and so we are seeing rates four times higher than they would normally be I would envisage throughout 2021.

"Some of that demand is driven by US forces, demand out of China but simply where there was a downturn in business at the beginning of the lockdown in March and April last year, there has been a surge in business as companies look to restock inventories throughout the world.

"What we have found is that rates are really high, demand is really high, there are a lot more products moving, a lot more PPE and COVID related products that have been moving around. It is expected that rates won't return to pre-COVID levels until 2022 at the earliest."