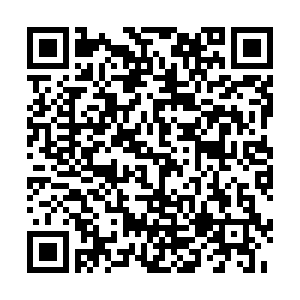 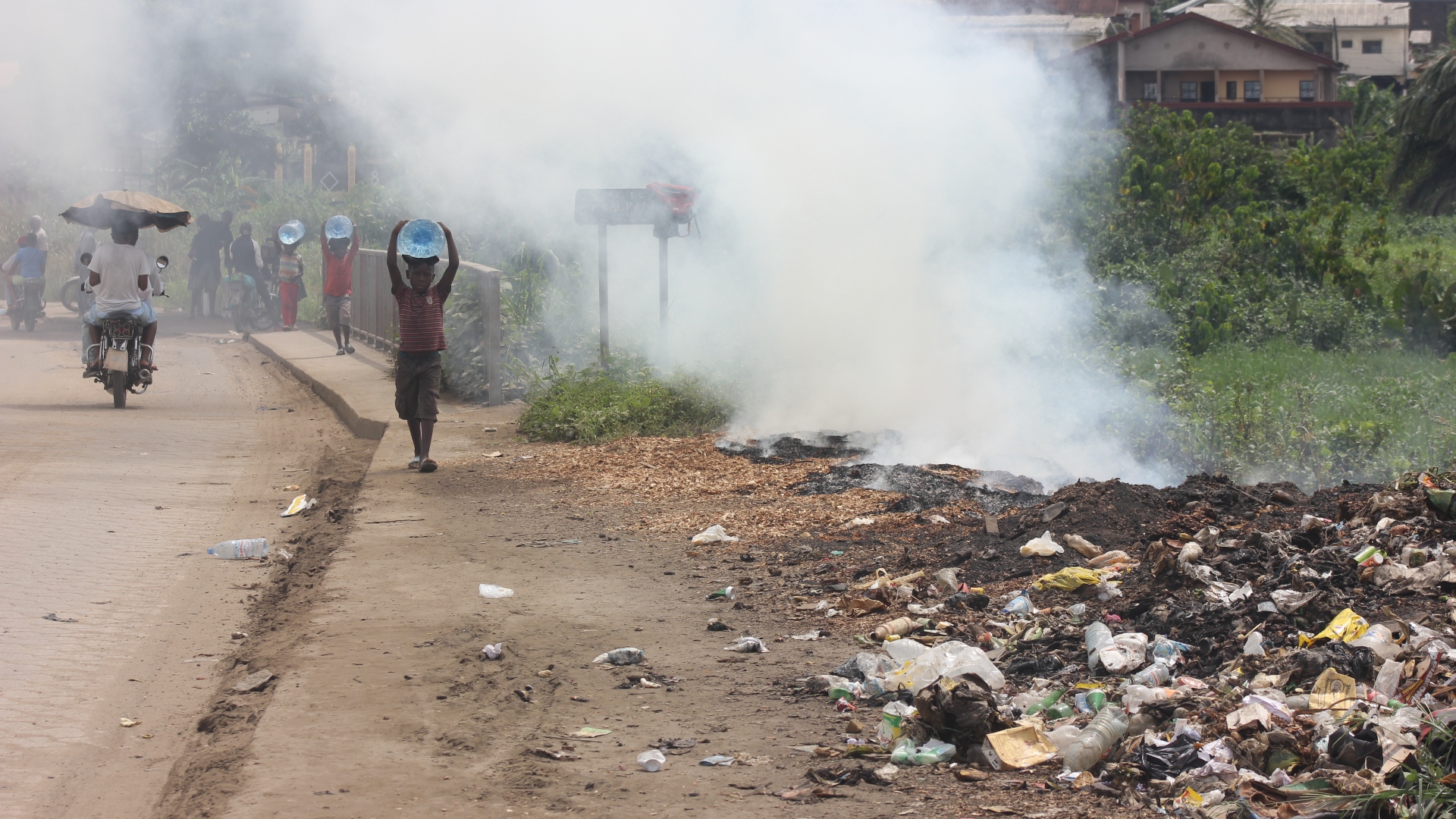 A major global review into the end of life of consumer goods has found that unsafe management and disposal practices are widespread – and warns that burning solid waste is damaging the health of "tens of millions" of people worldwide.

The Global Review on Safer End of Engineered Life study found evidence of immunological and developmental impairments and potential reproductive abnormalities, caused by emissions from open burning that are classed as persistent organic pollutants, as well as those that are carcinogenic and mutagenic.

According to the study, half a billion metric tons (24 percent) of all the municipal solid waste generated on Earth is not collected and a further 27 percent is mismanaged following collection. Much of this is disposed of by open burning.

The report, commissioned by Engineering X, an international collaboration founded by the UK's Royal Academy of Engineering and Lloyd's Register Foundation, found that uncontrolled burning of waste is particularly widespread in low- and middle-income countries where collection and disposal systems are often poor or completely absent.

"There is no doubt that the handling of humanity's waste and its impact on health and safety should be much higher up the global agenda," said William Powrie, chair of the Engineering X Safer End of Engineered Life program.

"It beggars belief that we are still using crude and ancient methods of disposal to deal with our 21st-century waste problem. This is not just a technical issue – economics and human requirements also play a part," he added.

Thought to be the first study of its kind, the report says waste is burned close to homes, within industrial or commercial premises and in large uncontrolled dumpsites. The hazardous cocktail of emissions released into the atmosphere and onto land threatens the environment and the health of those who live and work nearby.

The researchers examined the challenges to occupational and public safety by identifying the "pathways" that resulted in people becoming exposed to potential harm from plastic waste, medical waste, electronic waste, construction and demolition waste and land disposal.

Open burning is one of three interconnected challenges that emerged from the research, along with dumpsites and the hazards facing the world's 11 million "waste pickers."

These are the men, women and children who make up the vast informal workforce the world relies on to collect more than 90 million metric tons of waste for recycling each year but who are often stigmatized or even criminalized for their activities, while being exposed to huge risks, including from open burning.

In their review, the report's authors from the University of Leeds in the UK, pointed out the threat presented by medical waste.

"Our critical analysis unveils extensive mismanagement of medical waste globally, including the co-disposal with municipal solid waste, burning in open pits and dumping even on public streets," they wrote.

"Alarmingly, a small but non-negligible trade in reused medical equipment is proliferated by a cohort of waste reclamation specialists (sub-group of waste pickers): they collect hypodermic needles and other single-use medical items for resale to substance abusers and back into the healthcare system." 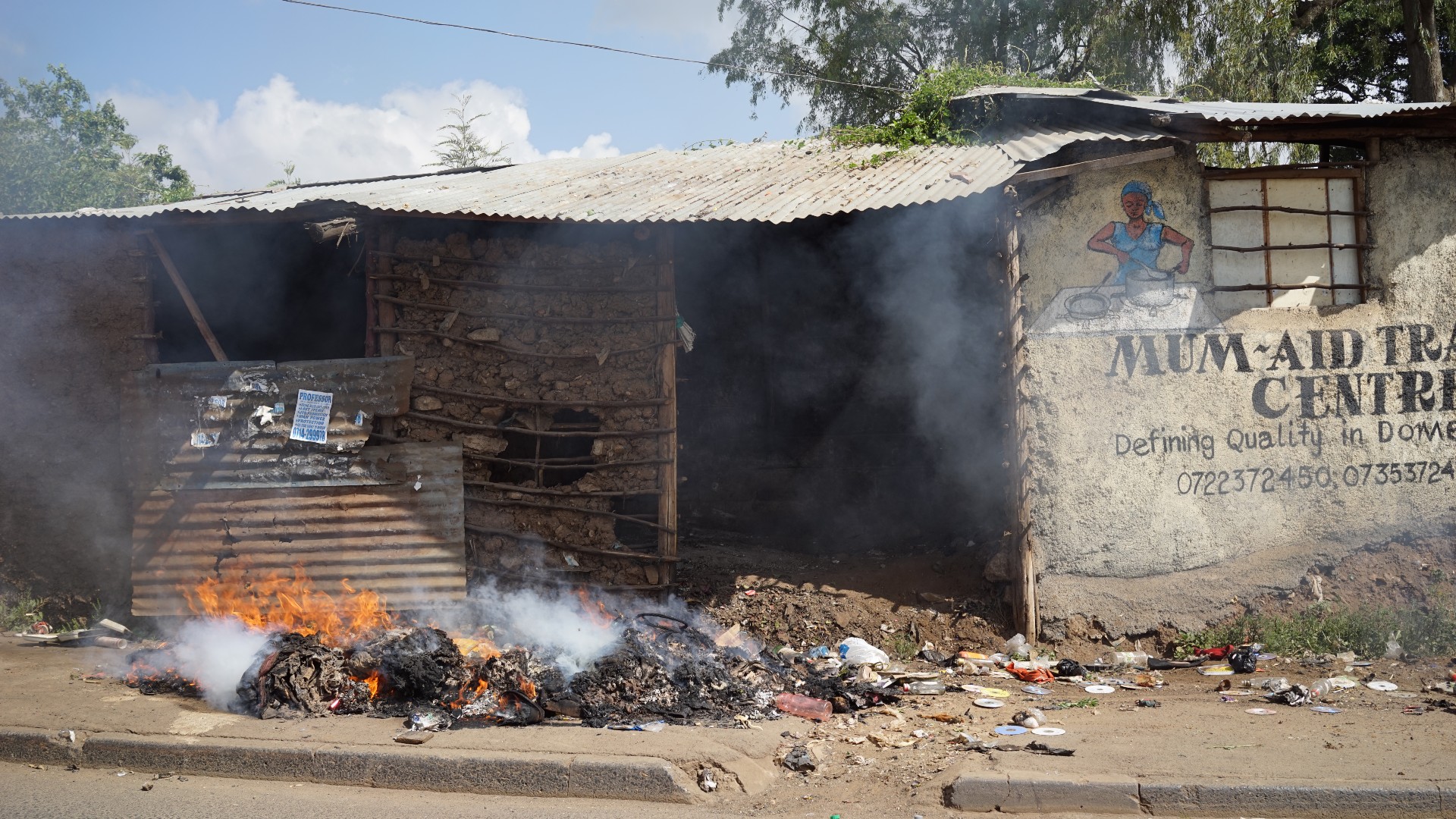 According to the study, 24% of all municipal waste generated on Earth is not collected and 27% is mismanaged after collection, including through harmful burning. /WasteAid

According to the study, 24% of all municipal waste generated on Earth is not collected and 27% is mismanaged after collection, including through harmful burning. /WasteAid

But the authors also considered the complex motivations behind the burning of waste that they say must be understood if interventions to improve safety are to work for everyone.

People, businesses and governments have come to rely on the burning of waste for a wide range of reasons and perceived benefits. For instance, medical waste containing both PVC and potentially fatal pathogens is often burned – this avoids the risk of infection from blood-borne viruses but also releases dioxins from the PVC.

Therefore, the review found that simply banning open burning will not solve the current safety issues and a large-scale response is needed, starting with increased awareness on the topic, given the extremely limited accurate data and empirical evidence on waste burning and its wide-scale impact. There are also recommendations for urgent action to mitigate harm and calls for immediate collective action.

"Over the past 200 years or so, affluent countries have developed waste management to a point where new research and potential improvements are directed at resource recovery and the development of a circular economy rather than on safeguarding public and occupational health and safety," said Costas Velis, a co-author of the report.

"We need to remember that in other parts of the world the disposal of man-made materials, products and structures once they become 'waste' at the end of their engineered life can still be a dangerous and harmful business for those involved in the process but much more research and robust data is needed to fully understand the scale of the problem."