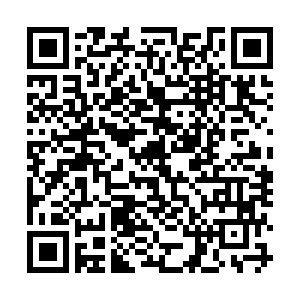 Is car ownership becoming a thing of the past? Or is the current collapse in car sales just a passing symptom of the ongoing pandemic lockdown across Europe?

Auto industry bosses may find themselves mulling over big questions, after the latest figures from the UK showed that new car sales slumped to a two-decade low last year. Record low borrowing costs and a host of flexible ownership deals have failed to pull the industry out of its malaise, with the effects being felt right along the supply chain. French tyre giant Michelin announced a restructuring package and a fresh round of redundancies on Wednesday.

The projected victory by Democrats in Georgia rattled tech stocks on the Nasdaq. After the news that workers at Google parent Alphabet are to unionize, the industry is also becoming fearful of a tougher legislative hand from government in the very near future.

Panic buying at British supermarkets has led to calls for restraint by shoppers from the UK's third largest food retailer Asda. Supermarkets are having to increase their digital capacity after their online platforms froze or crashed amid heavy demand earlier this week as Britons seek to fill their cupboards ahead of lockdown.

He may have been a miner for a heart of gold, but Canadian songster Neil Young is certainly now the owner of a wallet of gold after becoming the latest artist to sell his music rights, for $150 million.

And one unlikely industry that is booming in lockdown has been revealed. Bosses at Danish shipping giant Maersk are seriously warning of a shortage of containers with cross-border delivery of goods reaching "crazy" levels since the summer. 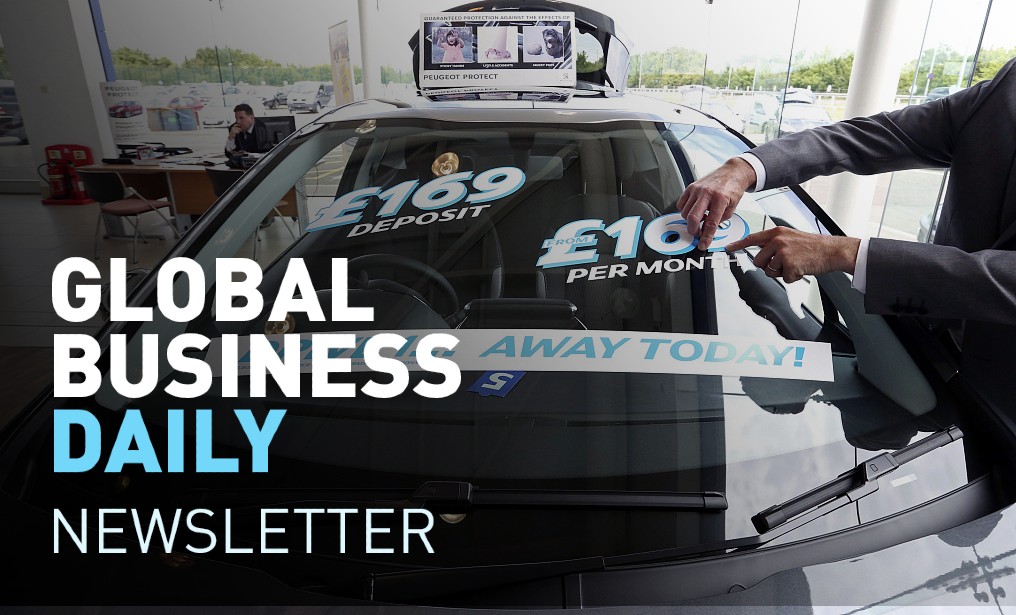 Car sales in the UK fell to their lowest point since 1992 last year, down almost a third to 1.63 million vehicles. Figures from industry group the Society of Motor Manufacturers and Traders (SMMT) date the decline from the first lockdown in March, a point in the sales calendar usually boosted by the release of new number plates.

Despite the sale of electric vehicles trebling to 6 percent of overall sales, 2020 was the first time in nine years that fewer than 2 million vehicles were sold in the UK.  The SMMT has described "unprecedented levels" of disruption to the industry, which is unlikely to recover this year. The pattern is being repeated across the eurozone, with new car registrations in Czechia down 18.8 percent in 2020, according to new data.

The slowdown in the global auto industry is being felt along supply chains, with the French tyre maker Michelin announcing it is cutting up to 2,300 jobs over three years as part of restructuring plans. The job losses equate to 2 percent of the firm's global workforce and are roughly a 50/50 split between office and shop-floor staff, but Michelin added that it hopes to avoid plant closures and compulsory layoffs.

Oil prices have jumped to their highest point since last February after Saudi Arabia announced a voluntary cut in production. Brent crude rose 85 cents to $54.45 a barrel by mid-morning in London trading, after jumping about 5 percent on Tuesday, while U.S. West Texas Intermediate (WTI) futures rose 1 percent, to $50.45. Speaking after a meeting of the OPEC+ cartel of oil producers, Saudi officials said cuts of a million barrels a day in output would be put in place, as the ongoing pandemic cools energy demand around the world.

Tech stocks have taken a hit on the Nasdaq, with projections of a Democrat victory in Georgia handing Senate control to the Biden administration. Silicon Valley is fearful of higher taxes and more regulation when the handover of power in Washington DC takes place in two weeks. Shares in Apple, Microsoft, Amazon, Alphabet and Facebook all dropped by between 2.2 percent and 3.2 percent in early pre-market trading, with Tesla the only tech stock trading in positive territory. In a sign of change in the industry, earlier this week staff at Google's parent company Alphabet said they would unionize for the first time in a bid to protect workers' rights and enhance ethical standards in U.S."Big Tech."

UK bakery group Greggs says it expects losses for 2020 to run to $20 million overall and will not return to profit until 2022 at the earliest. The chain, famed for its $3 breakfast deals, made 820 staff redundant last year as sales slumped during lockdown. Management has described the impact of the pandemic as "enormous" and says "significant uncertainties" remain in the near future.

Meanwhile, more businesses in the UK have been responding to the new national lockdown, with McDonald's closing its counter takeaway service and remaining open for drive-through purchases only. Elsewhere, supermarket chain Asda has cautioned shoppers to behave considerately and not stockpile goods as lockdown gets under way. The UK's third largest food retailer said it was stepping up its digital capacity to deal with online orders, after panic buying disrupted services at rivals Sainsbury's, Morrisons and Ocado on Monday.

The German cabinet has agreed legislation that will force larger listed firms to include at least one female board member. Gender equality on corporate boards has been a long-running policy aim of Germany's opposition Social Democrats. The law, which will apply to listed firms with more than three board management members, will affect around 70 German companies.

Unemployment in Ireland fell slightly to 20.4 percent last month, despite the ongoing pandemic conditions. The headline annual rate of joblessness is still rising in the republic and the number of pandemic unemployment payments (PUP) increased by nearly 58,000 over the past two weeks alone, with more than $6bn dispersed from the government's COVID-19 response fund since March.

Freight shipping rates are booming, despite the wider economic downturn arising from the pandemic, according to Danish shipping giant Maersk. Demand for home furnishings and exercise equipment has increased the flow of cross-border goods, with managers even warning of a potential shortage of containers. Maersk has described "crazy amounts" of items in transit, with container ships loaded to full capacity for the first time in a decade.

Veteran Canadian rocker Neil Young has become the latest music star to sell his song rights in a deal valued at $150 million. Investment firm Hipgnosis Songs Fund has bought a 50 percent stake in all of Young's songs, which it plans to monetize through commission payments on broadcast. The fund, run by former artist manager Merck Mercuriadis has spent close to $1.3 billion on buying rights to songs by artists including Mark Ronson, Chic, Fleetwood Mac and Blondie. 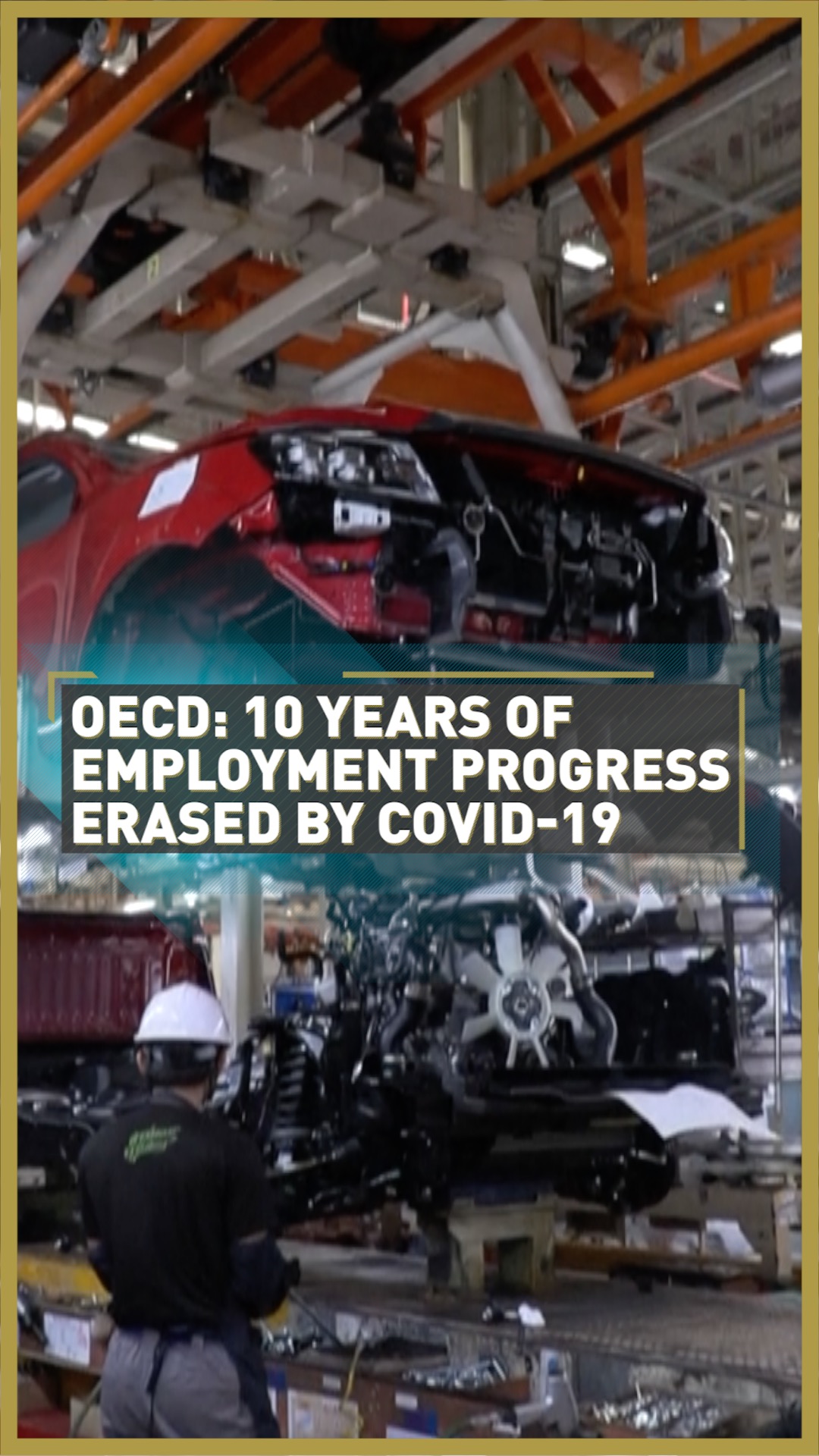 UK business groups are warning  the government's $6.2 billion support package still won't be enough to stop many firms from going bust. CGTN Europe spoke to Richard Burge, CEO of the London Chamber of Commerce and Industry, who told us that mass bankruptcies were still looking likely.

It's not enough and in two ways – first of all, the amount of money, while we're grateful for anything that comes the way of businesses, needs to be at higher levels. And, secondly, this is more of a tactical sprint rather than a strategic marathon. We need the long-term plan, which will enable businesses to actually feel stability for the next few months, if not the rest of the year.

How many of the businesses you represent can survive this extended lockdown?

My feeling is a lot of businesses will go bust and it won't necessarily just be the small ones. A lot of it will be the big ones that suffer because they can't get supplies, because their suppliers go out of business. So it's a complicated world and I think there will be some unexpected casualties.

What can the UK government do better for business in this pandemic?

They need to do two things – one is to actually extend support, predictably, until the end of this calendar year and so businesses know what they're going to get. And, secondly, we need to know the reignition plan for when we start to come out of COVID-19 what the government is going to do to invest in reigniting our economy and getting visitor numbers back and getting businesses back on the road. And to also just give people the confidence that there is a plan and there is a future.

And finally, fuel poverty figures are falling slowly across the EU, but being unable to heat your home remains a serious problem in some of the poorest member states. In Bulgaria, close to a third of all households cannot afford adequate heating. The issue has become more pressing in winter months with the number of people now working from home. The latest figures from Eurostat show that some of the coldest countries in Europe, such as Finland, Norway and Switzerland are the least affected. 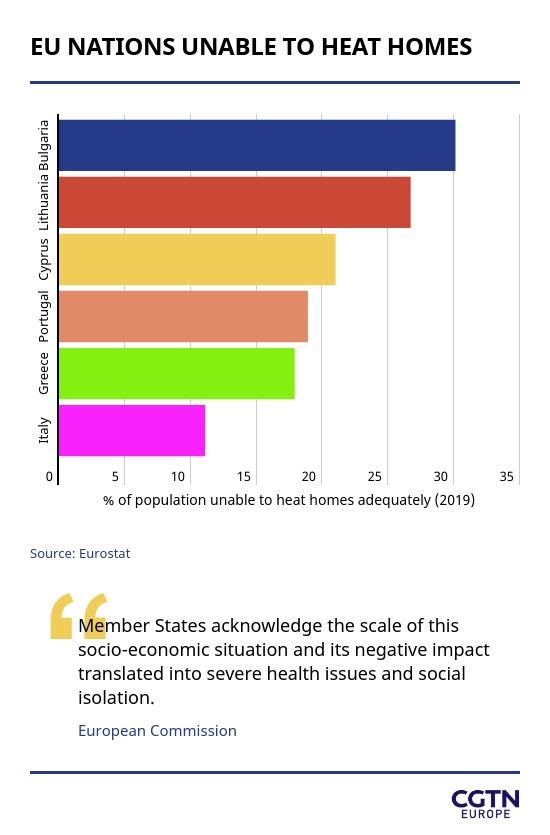