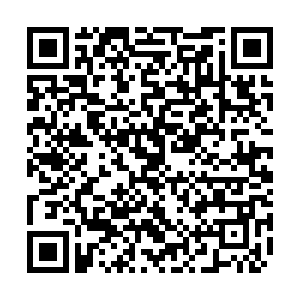 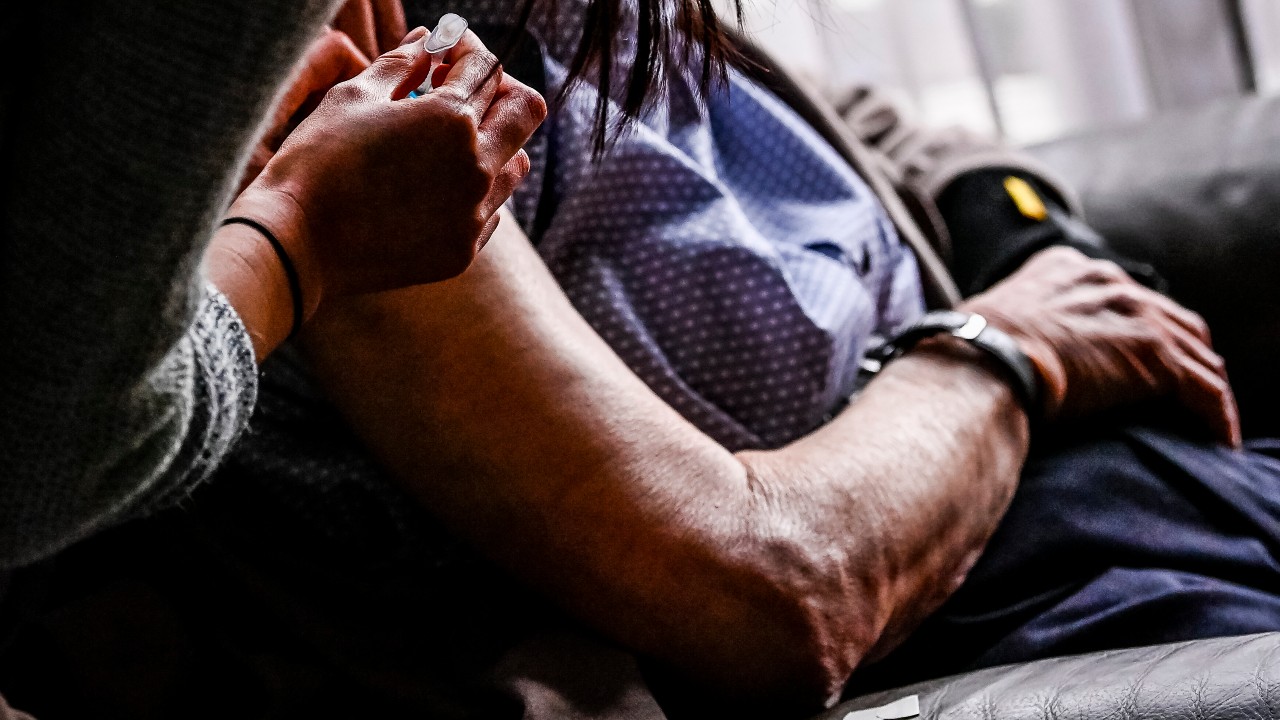 The decision to delay the second dose of COVID-19 vaccinations for 500,000 Britons has been criticized as "pretty unwise" by a leading UK microbiologist.

Simon Clarke, associate professor in cellular microbiology at the University of Reading, also poured scorn on Prime Minister Boris Johnson's promise to vaccinate tens of millions within three months and warned against suggestions that patients could receive doses of two different vaccines.

Clarke told CGTN: "Older, more vulnerable people may be slightly confused by this. It doesn't make life easy at all. I really think it's being done not as a piece of clever planning, but as a reaction to the fact that there is not as much vaccine available as needed, particularly in the face of the new variant."

Last week the UK government announced that those who have received their first dose of the Pfizer-BioNTech vaccine could have their second injection delayed for up to 12 weeks, as the National Health Service seeks to halt the country's rising death toll.

In a volte face the NHS will now prioritize giving first doses of either the Pfizer-BioNTech jab or newly approved Oxford-AstraZeneca vaccine to as many people on the priority list as possible.

Johnson told the BBC on Sunday (January 3): "We do hope that we'll be able to do tens of millions in the course of the next three months." His words came amid concerns of possible shortages of vaccination doses.

"Each of these manufacturers only has a certain capacity – as much as they might like to be able to produce double or triple the quantity in any given time, that's not always possible," warned Clarke.

He added: "You might get over 10 million, but getting into more than that – 20 or 30 million – I'm not so sure. It's going to take an awful long time to get everybody who needs to be vaccinated a shot."

On the possibility of mixing vaccines to help speed up the roll-out, as more companies bring out their own versions, Clarke said this should only be done as a last resort.

"These are new vaccines and the technology behind both of them, the Pfizer and the AstraZeneca vaccine is new," he said. "It might work, but the consequences for getting it wrong are potentially that somebody is left without lasting protection."

In Germany there is a growing debate over whether those who are vaccinated first should be given special privileges, like being allowed to eat in restaurants or go to the cinema. CGTN's Germany correspondent Natalie Carney reported growing tension around the issue.

"A lot of people are quite opposed to these measures, saying it divides society," she reported. "At the same time there seems to be political motive to allow businesses to own their own decision on this." 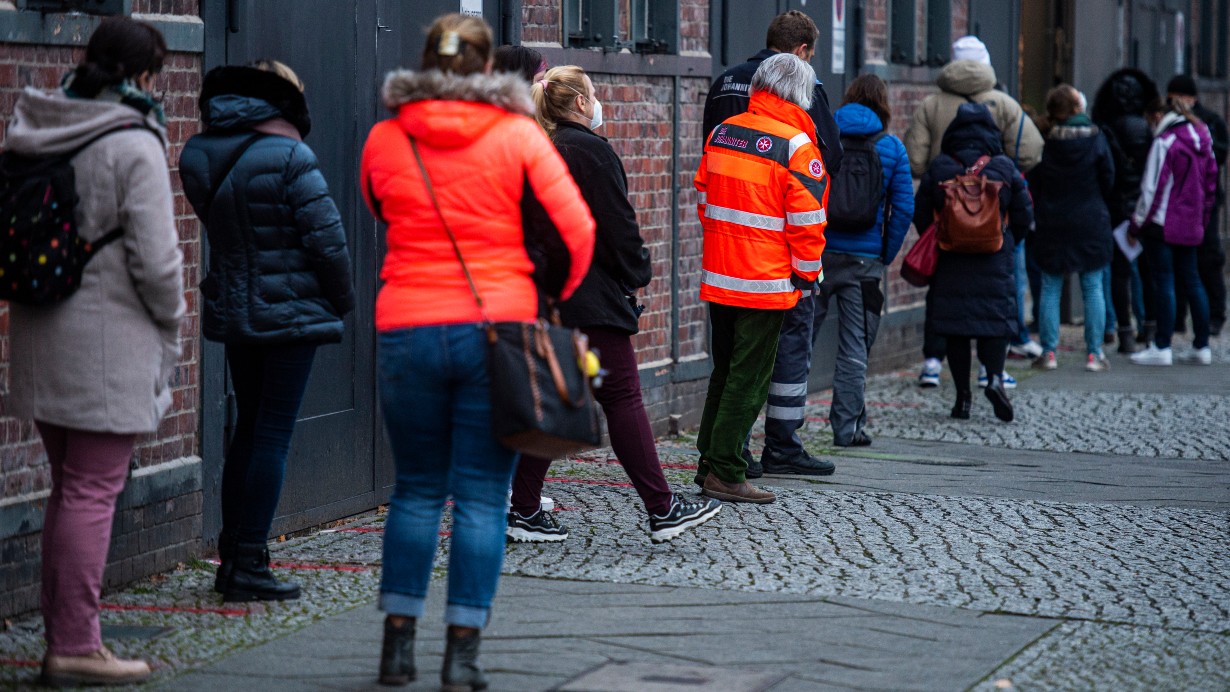 People queue in front of a vaccination centres in eastern Berlin, amid the COVID-19 pandemic. /John MacDougall/AFP

People queue in front of a vaccination centres in eastern Berlin, amid the COVID-19 pandemic. /John MacDougall/AFP

Polls show that only 60 to 70 percent of Germans want to be vaccinated, although health minister Jens Spahn has announced that private businesses might be able to ban unvaccinated customers.

Vaccine reluctance has been seen in countries across Europe, despite the side effects generally being mild, namely tenderness and swelling or redness at the injection site, headache, muscle ache, tiredness, and fever.

Two weeks ago the Centers for Disease Control and Prevention (CDC) released guidelines advising people in the U.S. who are severely allergic to the ingredients in the COVID-19 vaccines to avoid inoculation.

The New York Times reported 11 severe allergic reactions out of the first 2.1 million people vaccinated in the U.S. – representing about one in 190,000 doses administered.

The rate of adverse reactions to most vaccinations is about one per million.