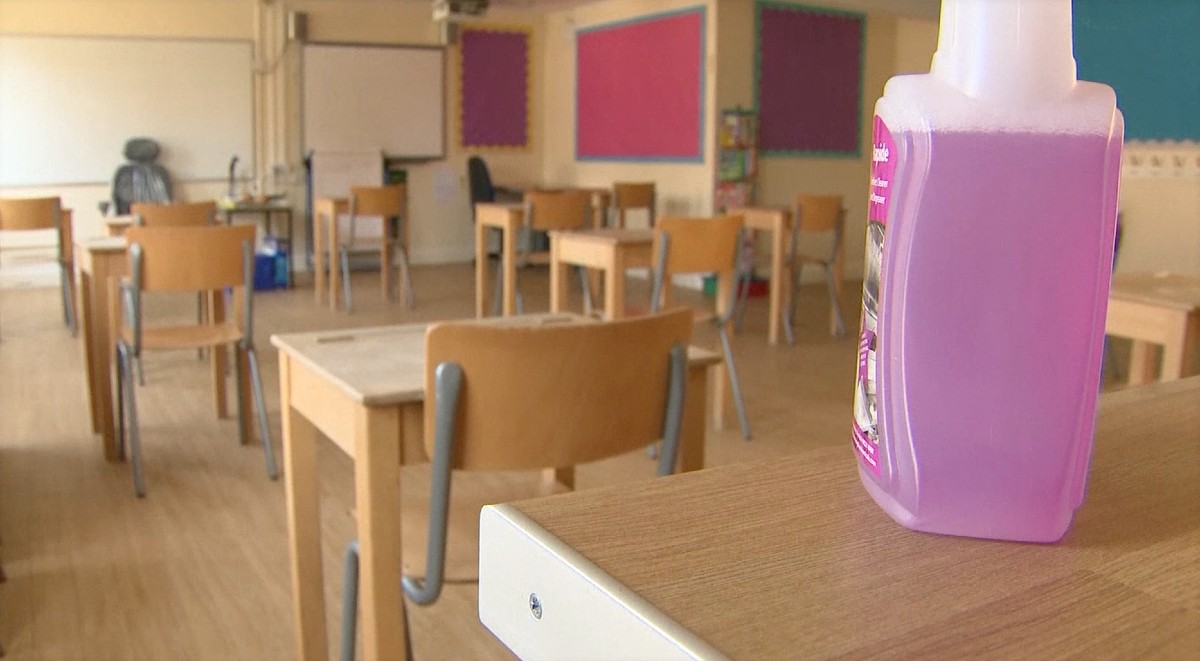 Headteachers in England are taking legal action against the British government's Department of Education for planning to re-open schools.

With COVID-19 infections surging, teachers' unions in England want the British government to keep all schools closed for another two weeks.

This week the government told schools in nine London boroughs and the City of London that their primary schools should re-open. It then changed policy and decided they should remain closed.

The closure of secondary schools for another two weeks had already been announced.

The stage looks set for a standoff between the government and teachers this week.

Meanwhile the UK has reported more than 50,000 new cases of COVID-19 per day for the past four days.

This second wave of the highly infection B1.1.7 variant has left hospitals in London and south-east England in crisis. London's St George's Hospital has almost doubled its number of intensive care beds from 66 to 155.

"So it's been an unprecedented year for us with two peaks in the levels of infection and the number of intensive care patients."

The latest study from Imperial College in London has found the new COVID-19 variant increases the R-number (reproduction rate) of the virus by between 0.4 and 0.7. This suggests the November lockdown in large parts of England failed to reduce the R-number – instead, it increased.

The R-number is now estimated to be between 1.1 and 1.3, which means the number of cases is growing. It's an alarming development for frontline medical staff like Bedair.

To try to reduce the pressure, the government is preparing to open its Nightingale field hospital in east London's Excel exhibition center. Seven Nightingale hospitals were set up across England during the first wave, but they've mostly sat empty.

"It's been a difficult year for our staff looking after this number of patients," said Bedair. "A lot of our colleagues are extremely pressured and stressed and have not had any time to wind down and just recharge their batteries."

The UK has also decided to change its vaccination program. It will give one dose to as many people as possible and then a second dose up to three months later as more vaccine becomes available.

British health officials say that means people can be vaccinated even if immunity is slightly lower. Government guidelines also say if the same type of vaccine is not available for the second jab, it's "reasonable" to use another type.

With the UK's vaccine program changing, it's clear the government is scrambling to get ahead of the new COVID-19 variant before the National Health Service is overwhelmed.