Hunting is a popular practice in Italy with more than one million guns out during the season, and wild boar hunting is the most traditional type.

But since the start of COVID-19 and the ensuing lockdowns, hunting days have reduced and travel restrictions placed on hunters. As a result, the longstanding problem of wild boar creeping into villages and devouring farmers' crops has increased dramatically.

The Italian cinghiale, or wild boar, has few natural predators, and since the pandemic its population has exploded, causing millions of euros worth of damage for farmers.

"I am sorry to say that the wild boar is an enemy of the farmer, especially of the winemaker: boar love grapes. Damage can be significant – even up to 10 percent of annual production," he added.

By October 2020, the problem was so severe that authorities in Tuscany enlisted the help of hunters for a mass culling of the omnivorous animals. The hunters have also been having a difficult time as the lack of wild boar in the forests has put a dampener on their traditional activities.

"Our team used to shoot down around 250 wild boar a year," Valerio Ceccarelli, of a hunting group in the Tuscan village of Sassofortino, explained to CGTN Europe. "Sadly, the numbers are down. Last weekend it went pretty well and we got 14 in two days, but only one on Monday, and nothing today.

"The wild boar have adapted to the environment and they now go down into the villages," he added. "You can find them in city centers and crossing the roads. It has become a problem for us because they keep on moving away from the mountains, and often run into moving vehicles."

A tradition that goes back generations

Tuscany's 150,000 wild boar can weigh from 50 kilograms to 180 kg, and eat bulbs, tubers, roots, acorns, wheat, corn, eggs, birds, small rodents – almost anything. The average lifespan of a wild boar is 15 years and females can give birth to between four to eight piglets annually.

In Southern Tuscany's Maremma hills, an immense forest-covered area nestled 20 kilometers from the Tyrrhenian sea between Florence and Rome, wild boar hunting is a tradition dating back to the Etruscans.

These days, many estates offer private hunting in a reserve, but it is the 135 registered local teams, each counting more than 45 men and women, that keep nature in check. 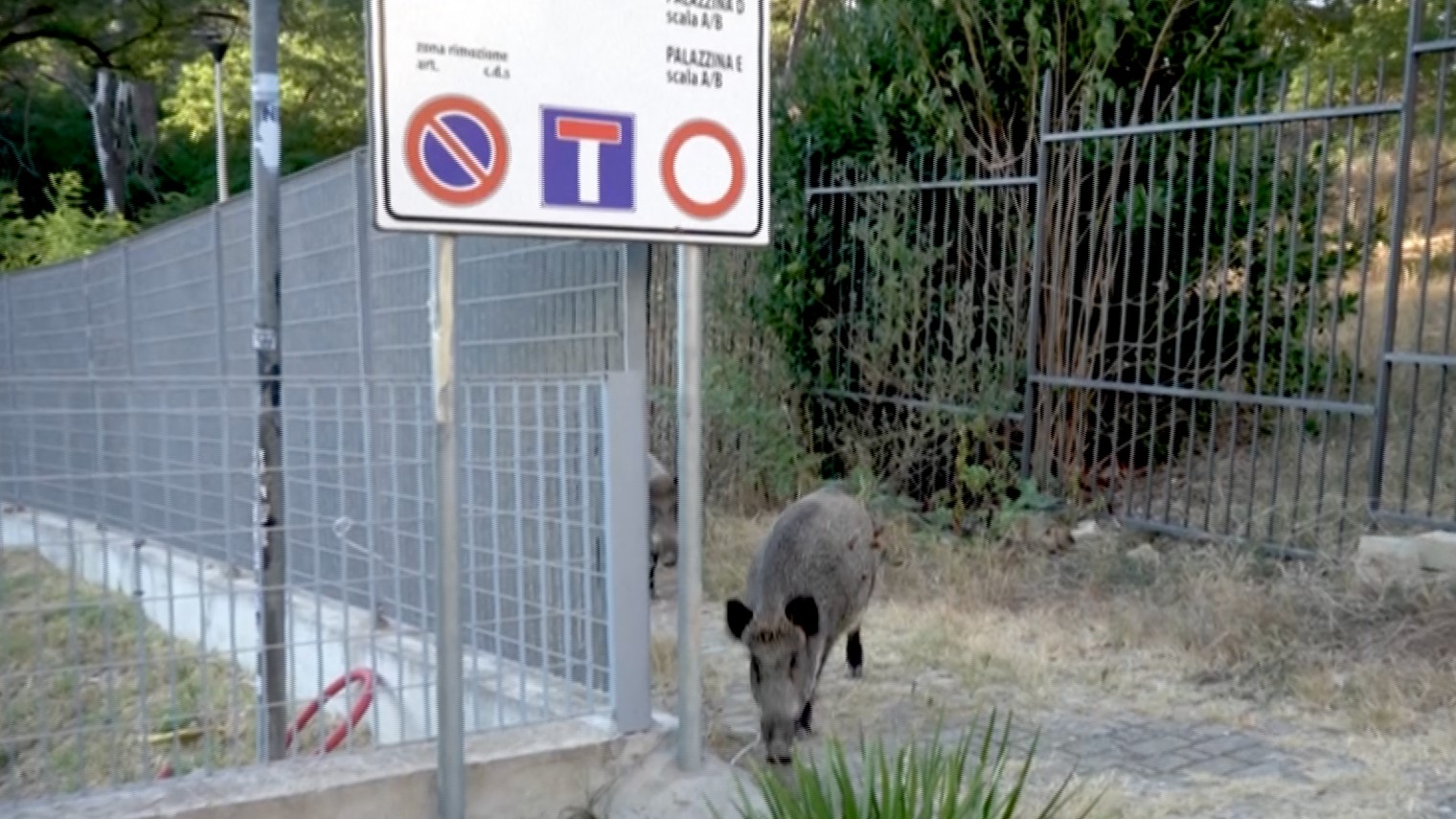 Since the COVID-19 outbreak and the restrictions on movement, wild boar have been moving out of the forests and descending onto streets and farms causing agricultural damage. /Andrea Bernardi/AFPTV/AFP

Since the COVID-19 outbreak and the restrictions on movement, wild boar have been moving out of the forests and descending onto streets and farms causing agricultural damage. /Andrea Bernardi/AFPTV/AFP

In Sassofortino, Gabriele, 17, is keen to join in the hunt: "At this time of year I go hunting every day. It is a passion that has been passed down to me by my father, grandfather and uncle."

La battuta is one of the oldest and most typical hunts in Italy. Early in the morning, the hunters move into the woods, where they position themselves on wooden stands in a straight line called le poste.

Once everyone is in position, the capocaccia or lead huntsman blows the horn, or uses a walkie-talkie, to announce the start of the hunt. Following a moment of total silence, the canai or dog handlers release the dogs, who bark loudly to scare the wild boar towards the shooters.

For many hunters, it is more than a simple activity, it's a passion passed through tradition. One has to focus on a steady hand, keep calm and concentrate during the thrill of the chase. The hunter has only seconds to understand out of which bush the wild boar will jump, to then fire the lethal shot.

Despite the COVID-19 restrictions, experienced hunter Paolo Diani doesn't like the idea of being an 'on-call sniper' being called upon to cull the wild boar.

"The provincial police ask us to kill wild boar in the summer during night, with night vision devices, because the boar are damaging wineries. That's not hunting for me," he tells CGTN Europe. "For us braccare is real hunting. This is when the animals are scared towards the guns. If we don't get anything it is fine, because we still have a good time.

"However, it is a passion, not just for fun. For hundreds of years our fathers and forefathers fed their families from the hunt, and we will keep on eating from the hunt regardless of those who disagree with our traditions." 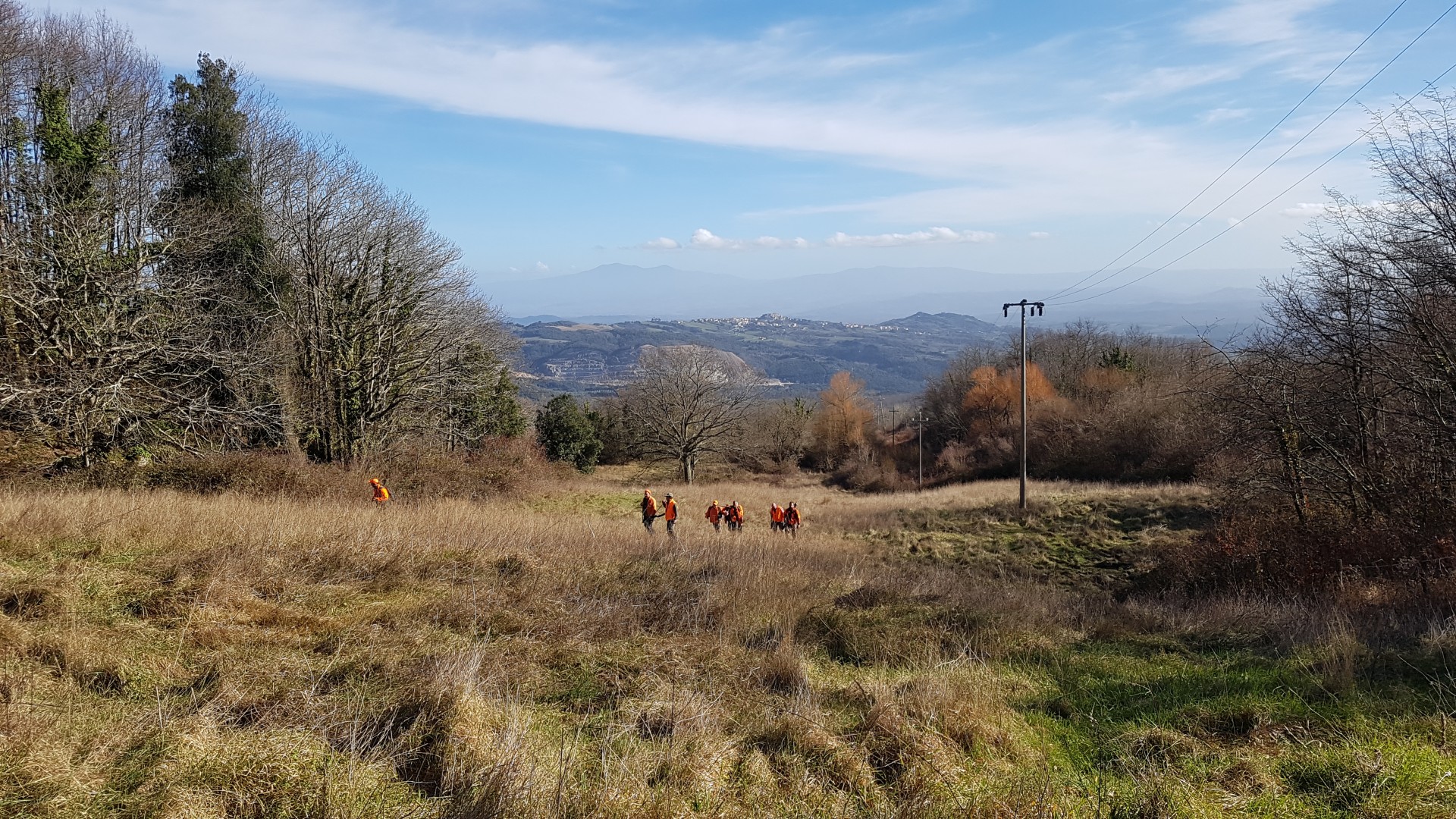 The tradition of wild boar hunting in Italy has been passed down through generations for many, but hunters say growing opposition to the practice could see it abolished. /Marco Colombo/CGTN

The tradition of wild boar hunting in Italy has been passed down through generations for many, but hunters say growing opposition to the practice could see it abolished. /Marco Colombo/CGTN

Once the hunt is over, some are in charge of skinning and carving the boar. Equal parts are distributed to all participants and tales of shooting, hitting and missing are shared. There is a sense of community, even though COVID-19 restrictions make sharing a lot harder.

The tradition is likely to go on. Maremma has been rewilding for decades, and is now one of the most densely-forested regions in western Europe. Natural predators such as wolf packs cannot keep down the growing numbers of wild boar, deer, roe deer and fallow deer, so hunters are doing some of their job, as was traditionally done.

Many conservationists and environmental organizations consider the region's return to a 'wild state' a success, and strongly disagree with hunting. A referendum was promoted in Italy in 1990 but didn't reach the quorum. Even hunters believe that if it is put to the vote, wild boar hunting would be abolished for good. But for now, the hunt goes on.