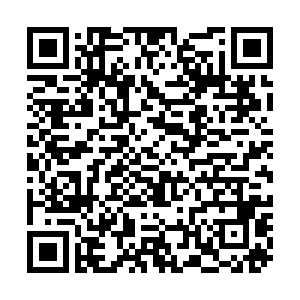 - An illegal mass rave in France attended by more than 2,500 people has been shut down after two days. The underground event went ahead despite restrictions. A judicial investigation has been initiated to identify and prosecute the organizers.

- The new COVID-19 variant is "hugely" more transmissible than the previous variant, according to a study by a team at Imperial College, London. It can increase the reproduction rate or R number by between 0.4 and 0.7.

- Ireland is set to add 9,000 more COVID-19 cases to the official total as health officials warn that an increase in positive results will strain hospitals. The country reported 1,754 confirmed cases, a daily record, exceeding 1,500 daily cases for the fourth day in a row.

- The UK's National Education Union has called for all schools in England to remain shut for two weeks after the Christmas holidays to rein in the spread of the virus. The call follows the government's announcement to close all primary schools in London, altering an earlier decision keeping some schools in the capital open.

- The Vatican will start its vaccination campaign "in the next few days," with health workers and the elderly to receive vaccines from the second half of January.

- Greece's government will enforce stricter COVID-19 measures for a week from January 3. Hair salons, bookstores and some other shops that had been allowed to reopen in the lead up to Christmas, will be closed. The night-time curfew will also start at 9 p.m., an hour earlier than before.

- About 530,000 doses of the Oxford-AstraZeneca vaccine will be distributed in the UK from January 4, which will be followed by a weekly supply of two million doses from the middle of January, according to a report.

Germany reported 2,690 new COVID-19 infections and 336 new deaths on January 1. However, these numbers may not present an accurate picture as fewer people got tested during the Christmas and New Year holidays and not all offices have submitted their data.

Meanwhile, Germany's main medical trade union is in favour of extending the tough nationwide lockdown past January 10, saying the health care system urgently needs relief that can only be provided by extending the measures.

Hospitals across the country are stretched due to rise in the number of patients in intensive care units at a time when staff numbers are decreasing as many health workers are either getting infected with the virus or having to isolate.

The general manager of the German Trade Association has also warned that it is unlikely that shops will be allowed to reopen on January 10 since the seven-day incidence rate nationwide will probably not be below 50 per 100,000 by then. He also warned of another wave of retail bankruptcies looming over the next few months.

The Dutch government will begin vaccinating thousands of frontline health care workers as soon as possible to ease pressure on hospitals hit by coronavirus-related staffing shortages. It marks a shift from the earlier policy of beginning vaccinations on January 8, which had been criticized for leaving the Netherlands lagging behind other countries.

The country is in the middle of a five-week tough lockdown which was imposed when infection rates were on the rise. In recent days, infection rates have been decreasing, with 8,215 people testing positive for COVID-19 on Friday.

However, health officials have warned that the peak in new hospital and intensive care unit admissions has not yet been reached in the latest surge and capacity problems have been compounded by staff illness.