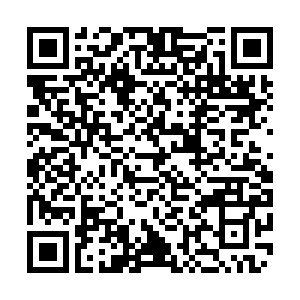 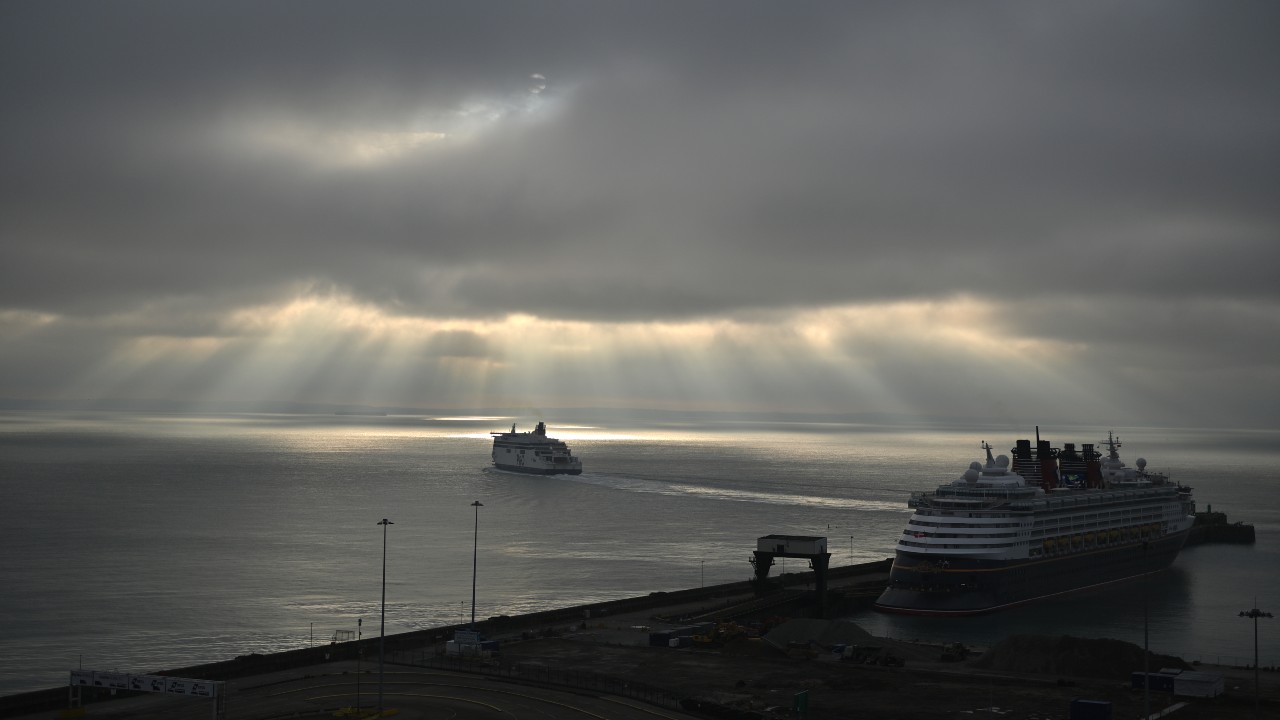 For the first time in almost half a century, the UK has started a day outside the European Union.

Brexit, which has dominated UK politics since the middle of the previous decade, became reality at 11 p.m. GMT on Thursday, when the transition period ended to sever a link established when the UK joined the EU's forerunner – the EC (European Communities) – on January 1, 1973.

The free movement of people since established among almost 500 million Europeans now ends at the UK border, with more rigorous customs checks – despite the recently sealed trade deal warding off worries about tariffs and quotas.

British newspapers marked the day with differing headlines. The Brexit-leaning Daily Express plastered a Union flag onto the White Cliffs of Dover above the headline "Our Future, Our Britain, Our Destiny," but the Europhile Guardian preferred the main headline "In crisis, without fanfare, UK finally ends the EU era."

Perhaps notably, many of the other Brexit-leaning newspapers (including The Sun and the Daily Mail) concentrated on the urgent need to vaccinate against COVID-19, but The Daily Telegraph led on an exclusive article from its long-time columnist – and current UK prime minister – Boris Johnson, predicting a "much brighter future" for the country.

In the article, Johnson says Brexit presents "opportunities unknown to modern memory," insisting that since 1973 "the world has changed out of all recognition, and so has the UK. We need to keep pace with developments on the west coast of America and in the Pearl River delta."

However, not all UK politicians feel the same about Brexit. At a minute past 11 p.m. Scotland's First Minister Nicola Sturgeon tweeted "Scotland will be back soon, Europe. Keep the light on" above an image of the words "Scotland" and "Europe," intertwined around a love heart, which had been projected onto the side of the EU Commission building in Brussels in January this year. 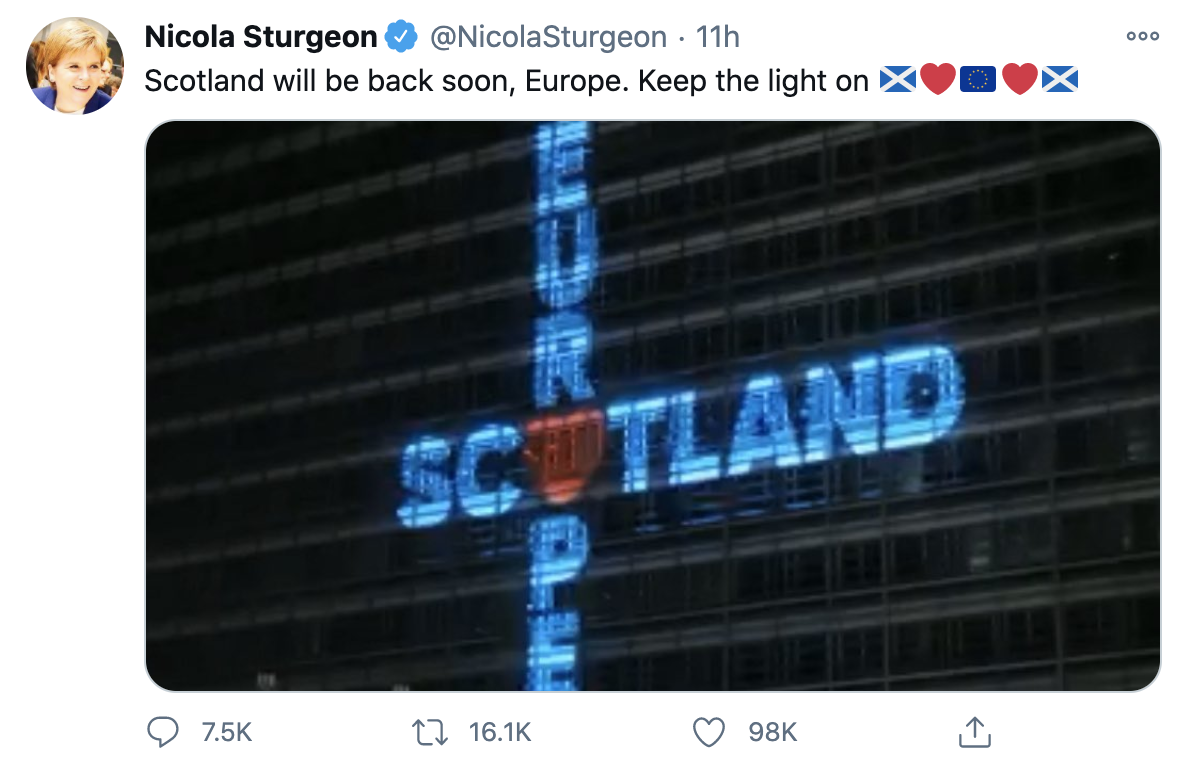 At midnight, around 20 British people held a candlelit vigil outside the British embassy in Brussels and sang the traditional Scottish farewell song Auld Lang Syne.

"We're mourning what we've lost," said Jeremy Thomas, an IT engineer from West Yorkshire who moved from Wakefield to Belgium in 1972. "I have no words for what we're throwing away."

With the decision made, attention turned to logistics and particularly the Channel ports, which had suffered such snarl-ups before Christmas when the French authorities, responding to the UK reports about a new COVID-19 variant, temporarily closed the country's borders to the UK before reopening them after bringing in a new system of COVID-19 tests.

Many saw that as a taste of things to come, especially as the Brexit deal was not yet sealed. The Road Haulage Association estimates that around 220 million new forms will now need to be filled in every year – around 600,000 a day – to allow trade to flow with EU countries.

About 70 percent of trade between Britain and the EU passes through the French ports of Calais and Dunkirk. On average, 60,000 passengers and 12,000 trucks pass through daily. 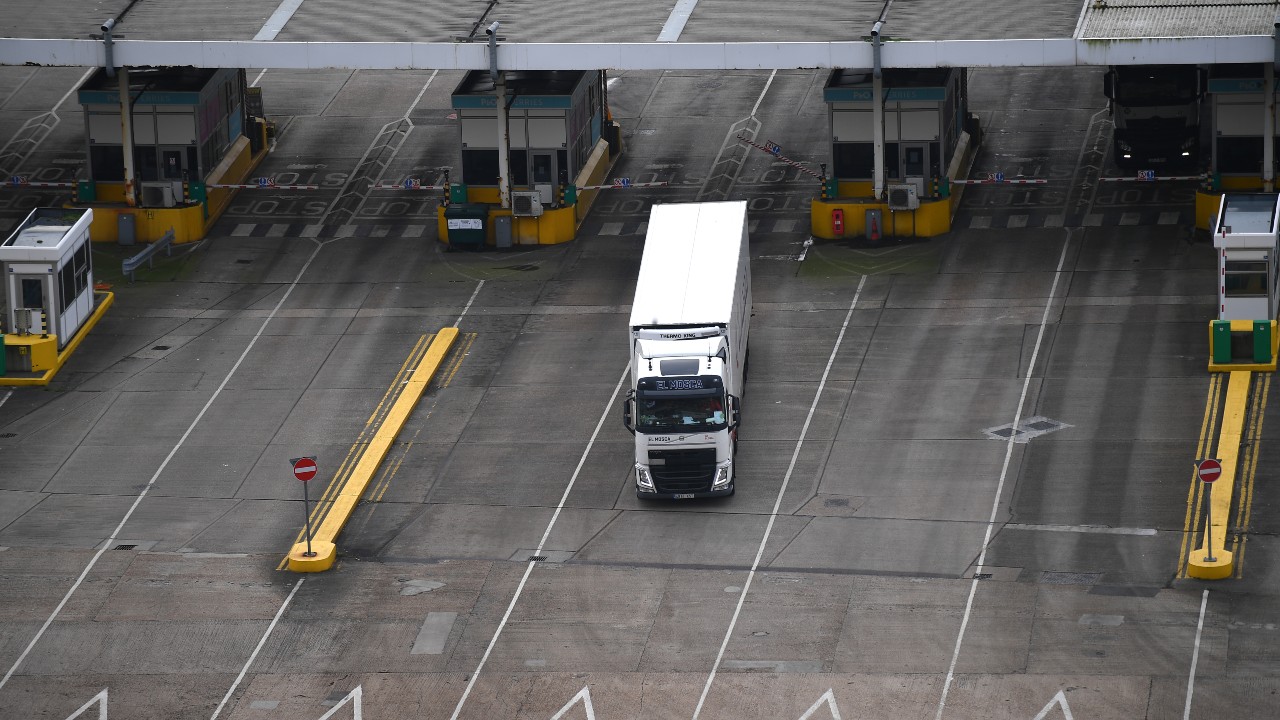 A lorry arrives at the Port of Dover on January 1, 2021. /Justin Tallis/AFP

A lorry arrives at the Port of Dover on January 1, 2021. /Justin Tallis/AFP

However, with New Year's Day a public holiday followed by a weekend, combined with the government having announced the phased introduction of checks and many British businesses having already stockpiled for the relatively quiet month of January, authorities were expecting few immediate problems.

"The traffic forecast for the next few days is very light," said John Keefe, spokesman for Eurotunnel, which transports freight, cars and coaches under the Channel.

Channel Tunnel operator Getlink said scores of heavy goods vehicles passed through "without any problem" early on Friday. "The traffic was strong enough for an exceptional and historic night, everything went well," said a Getlink spokesperson. "All the trucks completed the formalities ... none of the lorries were sent back."

French officials at the Calais frontier have introduced a "smart border," with hauliers required to enter freight information online in advance. A rapid scan at the border produces either a green light, at which trucks are waved through, or an orange one for further checks.

The first post-Brexit ferry from Dover docked in Calais at 9.15 a.m. with three dozen vehicles smoothly disembarking from P&O Ferries' "The Pride of Kent." Of the 36 trucks, three were told to stop for additional checks. 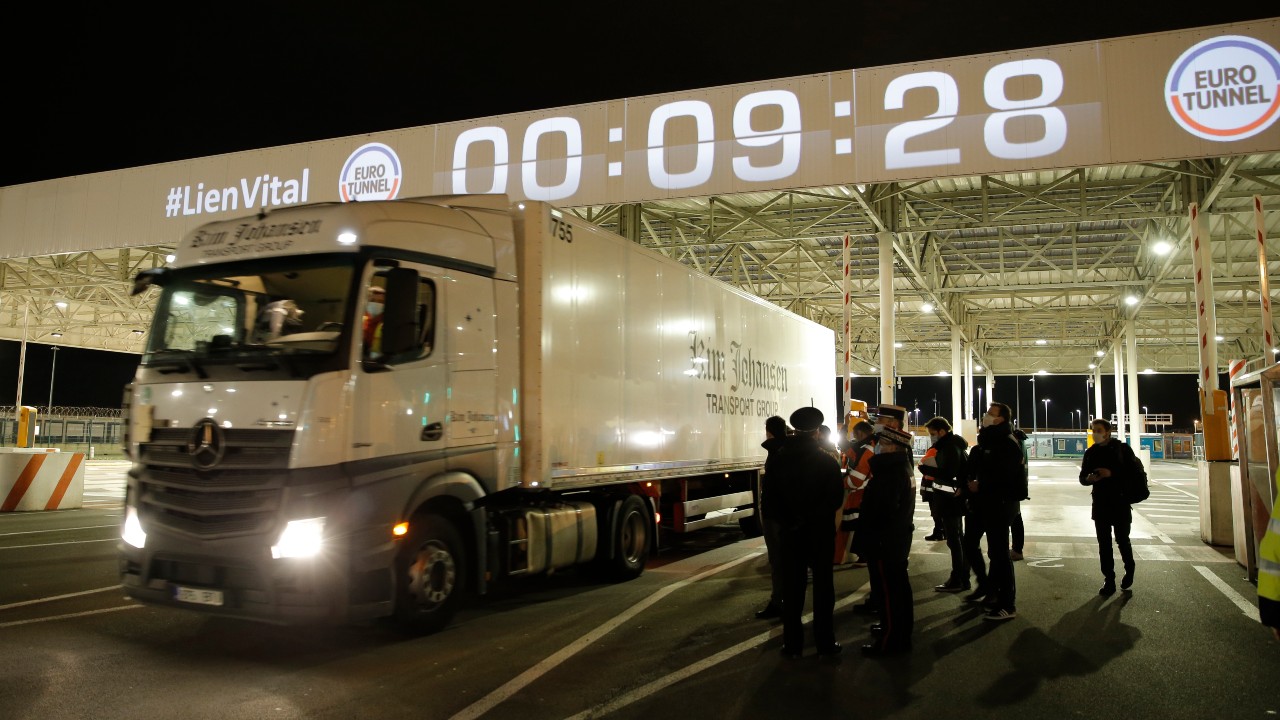 In the other direction, the first vehicle to pass through heading for Britain was a heavy goods vehicle from Romania carrying post and parcels, which was symbolically given the go-ahead by Calais mayor Natacha Bouchart.

"I am very happy, it is a privilege for me," said its driver Toma Moise, 62. Bouchart, who pressed the button allowing the lorry to leave, said it was a "historic moment," adding that going back to customs checks after the UK's near half-century of EU membership "will have consequences whose range we don't yet know."

"We regret Brexit, but we don't fear it," said Calais port president Jean-Marc Puissesseau. "We are at ease because for three years now we have been able to perfect everything we've prepared."