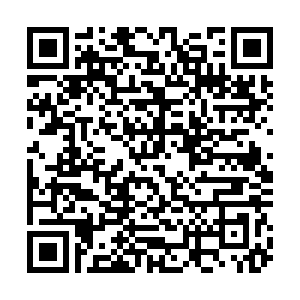 - Slovakia's government has ordered all ski resorts and hotels to close from Friday and banned travel between districts amid a surge in new cases that has led to hospitals reaching full capacity.

- The mayor of London, Sadiq Khan, has said he and other mayors were "shocked and surprised" that UK Prime Minister Boris Johnson was not in regular contact with them over changes of restrictions in their regions.

- Norway is to lift its ban on flights arriving from the UK from 4 p.m. GMT on Saturday, the country's health ministry said. Instead arrivals from a country with high transmission must provide a negative test result, either when entering or up to 24 hours later.

- France is to impose an earlier 6 p.m. curfew instead of the nationwide 8 p.m. lockdown in 15 north-eastern and south-eastern regions from Saturday amid a surge in new infections in those areas, government spokesman Gabriel Attal said.

- France's President Emmanuel Macron has vowed to avoid "unjustifiable delays" in an effort to immunize citizens after the government received criticism over the slow pace of its vaccination program.

- At least 26 residents of a Belgian retirement home have died and a further 85 have tested positive since a visit by a volunteer dressed as Santa Claus in December, who has also since tested positive. A health official told AFP it was not clear whether the visit was related to the cases.

- The World Health Organization has listed the Pfizer/BioNTech vaccine for emergency use, in a move it hopes will speed up access to the jab in poorer countries that don't have their own regulatory resources.

- New Year's Eve celebrations were toned down across Europe amid the pandemic. While some cities launched fireworks over empty streets, London called off its display and Paris and Rome were placed under curfew, with police out in force to prevent gatherings or parties.

- The CEO of pharmaceutical firm and vaccine developer BioNTech, Ugur Sahin admits that a "hole is appearing" because of the lack of other approved vaccines, but that it was working flat out to boost production so there were no major delays to vaccination programs.

Catherine Drew in the UK

The UK welcomed the new year with the alarming increase in COVID-19 infections continuing.

The number of hospital admissions continues to worry health officials, with nearly half the country's major hospitals treating more COVID-19 patients than at the peak of the first wave of the virus in the spring.

On Thursday, the National Health Service announced the Nightingale hospitals – seven temporary critical care centers – are to be reactivated and readied to admit patients. Meanwhile, the doctor's union, the British Medical Association (BMA), has criticized the government's change of plans in the administering of vaccine jabs.

Initially, patients were to be given the Pfizer jabs three weeks apart, however, now both the Pfizer and the Oxford jabs will be given 12 weeks apart, with the priority to get more people vaccinated with at least one dose. The BMA said canceling appointments for a second jab was grossly unfair on patients, but government officials insist the great majority of initial protection comes from the first jab of a vaccine.

Pfizer has said it has only tested its vaccine's efficacy when doses are given 21 days apart. 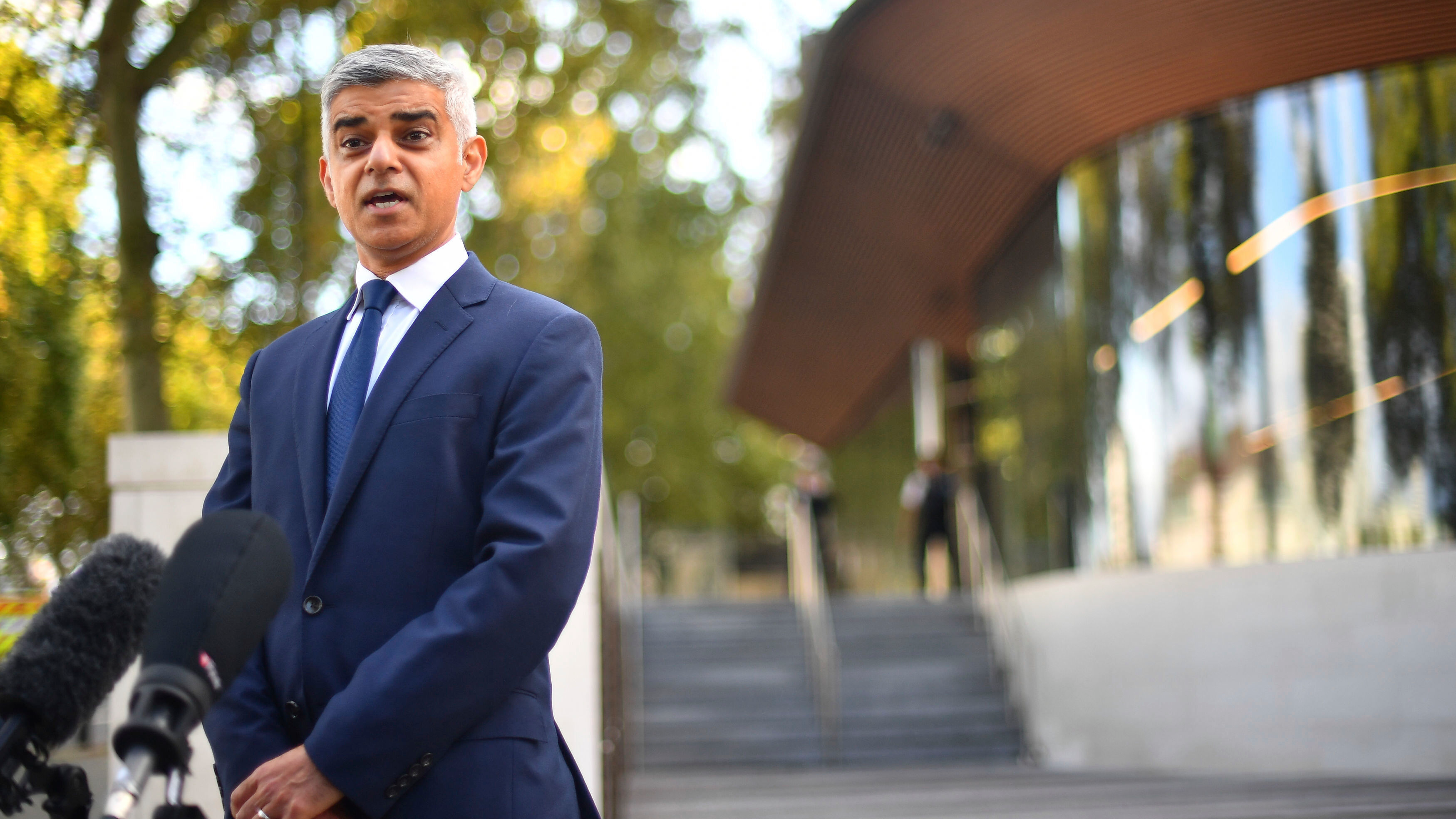 London's mayor, Sadiq Khan, said he and other mayors were 'shocked and surprised' that UK Prime Minister Boris Johnson was not in regular contact with them over restriction changes. /AP

London's mayor, Sadiq Khan, said he and other mayors were 'shocked and surprised' that UK Prime Minister Boris Johnson was not in regular contact with them over restriction changes. /AP

Slovakia's government has ordered all ski resorts and hotels to be closed down and banned travel between districts at an emergency meeting on New Year's Eve after a surge of new infections leading to the country's healthcare system struggling to cope with the influx of patients.

The new restrictions, that took effect from Friday and will last until at least January 24, also ordered people to work from home where possible, banned visits between families and ordered the closures of churches across the country.

People will, however, be allowed to leave their home only for work, for essential needs or for walks within their own district, the country's health minister and chief public health officer said during a televised news conference.

An expert group has warned that the healthcare system's capacity, including personnel and lung ventilators, could run out within the next two weeks. 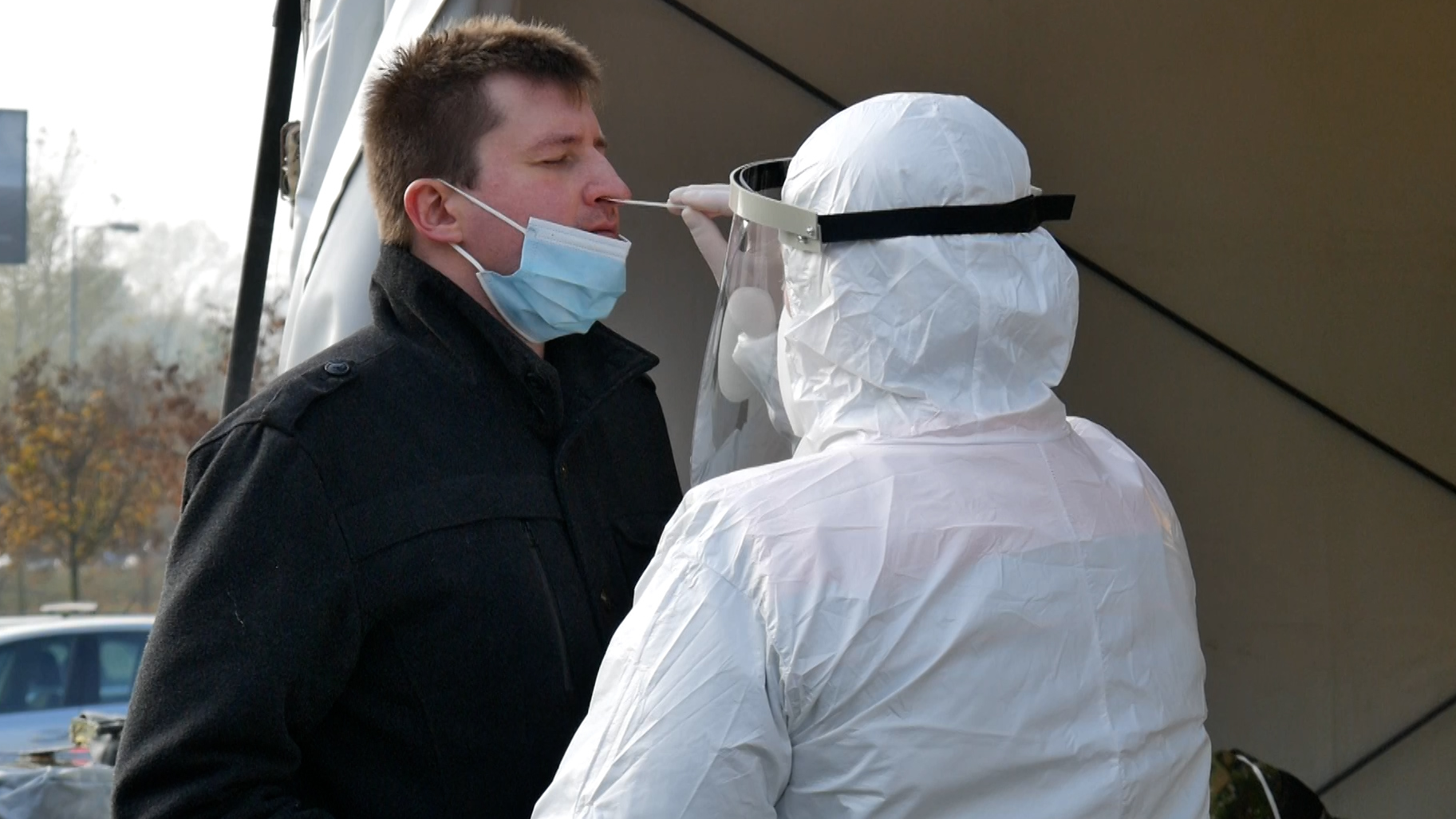 Slovakia's government has tightened restrictions after a surge in new cases and hospitalizations. /AP

Slovakia's government has tightened restrictions after a surge in new cases and hospitalizations. /AP

CGTN America: Remembering the sporting legends who left us in 2020