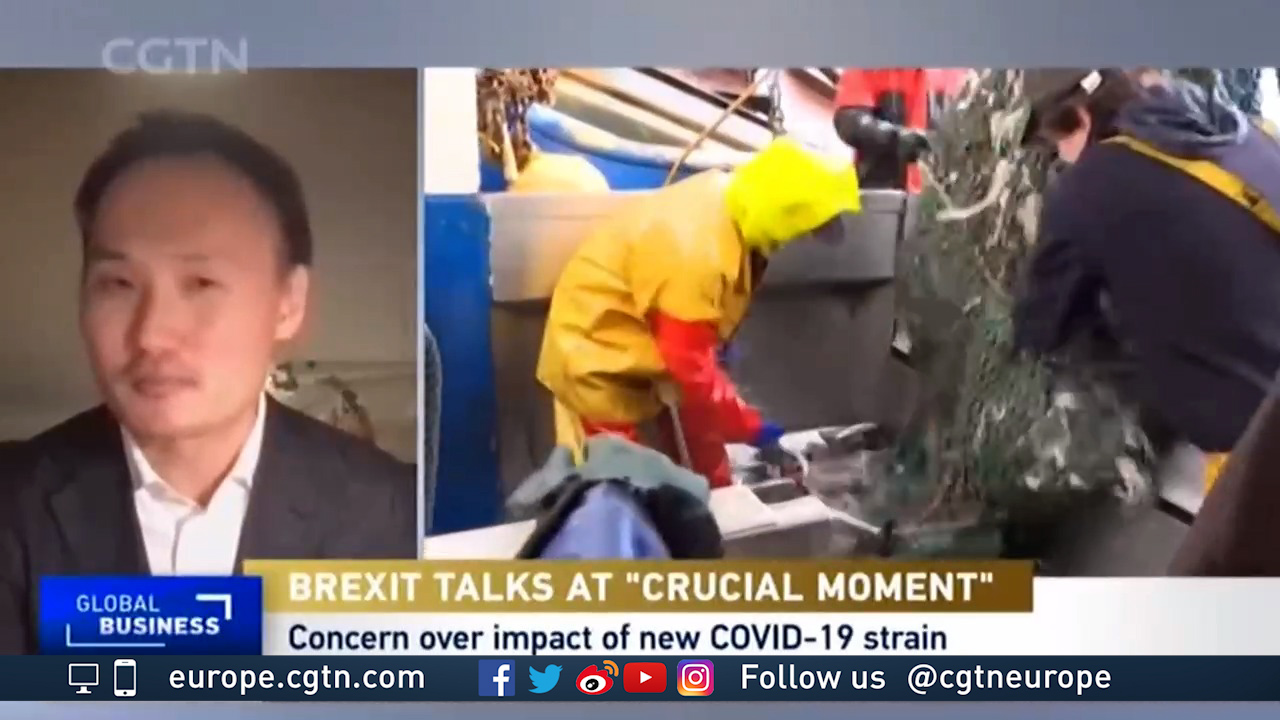 The EU and the UK are continuing to negotiate a Brexit trade deal ahead of the December 31 deadline but could an agreement still be reached after that date?

Talks are being held up by disagreements over fishing rights. The UK has made an offer that would mean the value of fish EU boats can catch in UK waters would shrink by 30 percent – but the EU won't accept a reduction of more than 25 percent.

If the two sides can't reach a deal by the end of the year, the UK will leave the bloc under World Trade Organization (WTO) terms.

If that happens, tariffs will be applied to goods traded between both parties and the prices of some products would potentially increase in shops.

However, Hosuk Lee-Makiyama, the director of the European Centre for International Political Economy, says reverting to WTO rules could lead to a trade deal being agreed after December 31.

He told CGTN: "So long as both sides believe that there are benefits for both parties in agreeing a trade deal, then there is no such thing as a deadline really.

"For any majority government, any deadline that has been imposed is artificial. So, in other words, it is possible for them to say, 'we will come to agreement,' it may take another week or another month – it is possible to extend the talks. There is no third power enforcing a definitive deadline." Tariffs will be applied to goods traded between the EU and the UK if a deal isn't agreed between the two parties before December 31. /AFP

Tariffs will be applied to goods traded between the EU and the UK if a deal isn't agreed between the two parties before December 31. /AFP

He added: "If we snap back to WTO terms, then ... it could actually be a positive factor. Once both sides feel the pain of a hard Brexit, they could be forced back to the negotiation room with a better understanding of what the opportunity costs are."

Lee-Makiyama said the UK is likely to see a "direct Brexit impact" in January if no deal can be agreed, adding that wholesalers and retailers are already stockpiling.

He also stated his belief that the impact of the pandemic could be greater on businesses than Brexit and may have already masked the damage leaving the EU has made to the UK's gross domestic product (GDP).