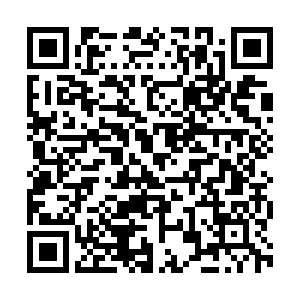 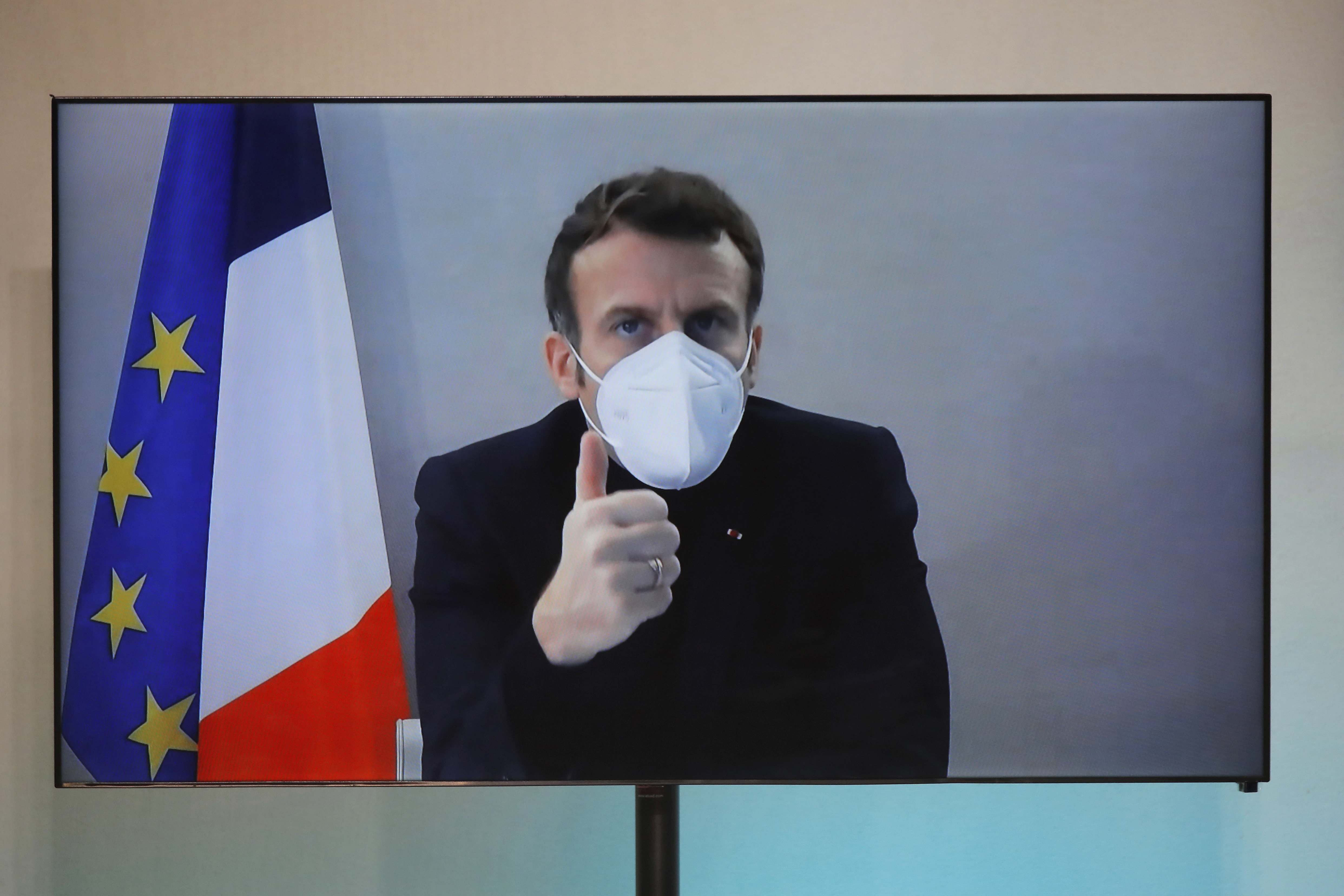 French President Emmanuel Macron has conducted much of his work via video call. /Charles Platiau/Pool via AP

French President Emmanuel Macron has conducted much of his work via video call. /Charles Platiau/Pool via AP

· French President Emmanuel Macron is reported to have a fever, a cough and fatigue after testing positive for COVID-19 – but he is continuing to work, meeting ministers via video conference.

· Spain's Supreme Court has ordered an investigation into the deaths of elderly people in nursing homes during the pandemic and the lack of protective gear for health workers.

· UK finance minister Rishi Sunak announced that he would extend a job support program by another month, until the end of April, and that businesses would be able to get new COVID-loans until the end of March.

· Speedy global delivery of vaccines by air and sea in ultra-cold conditions are set to cause a jump in cargo insurance rates, according to some brokers, leaving underwriters on high alert.

· Johnson & Johnson has enrolled approximately 45,000 participants for the first final-stage trial of its single-dose vaccine candidate and it expects interim data by the end of January.

· Austria will reportedly go into a third coronavirus lockdown after Christmas that will last until January 18, according to several Austrian media outlets, including national news agency APA.

· The cost of the European Union's coronavirus vaccines were made public for a short time, after a Belgian minister accidentally tweeted the information. Eva De Bleeker quickly deleted the tweet, but Belgian news site HLN took a screenshot of the data and published it. 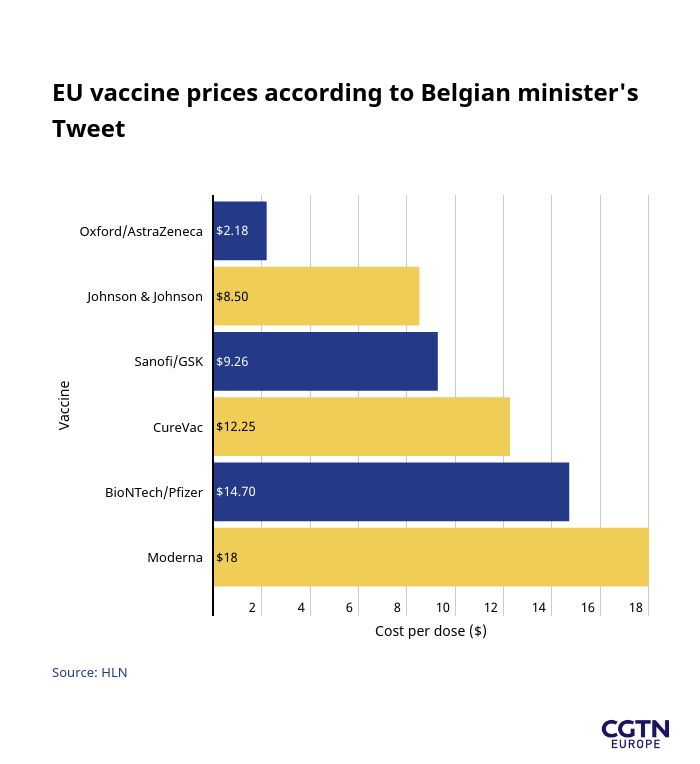 The French president is continuing to isolate after testing positive for COVID-19 on Thursday. Emmanuel Macron is quarantining in La Lanterne, one of his official residences, near the Palace of Versailles, outside Paris. Macron is reported to have a fever, a cough and fatigue. His wife Brigitte has tested negative, has no symptoms and has stayed in Paris. Macron has been working and joined a video call with foreign minister on Thursday.

The French public will probably not see a return to "normal" post-coronavirus life before autumn 2021, says the president of France's Scientific Council. "We have a virus which continues to circulate strongly while we are just coming out of a second lockdown," said Jean-Francois Delfraissy.

Ahead of the expected roll-out of the country's COVID-19 vaccine, a survey by the French public health agency found that 53 percent of people questioned last month wanted to be vaccinated, a fall from the 64 percent who said they would take the vaccine when asked in a previous survey in July.

Secondary school pupils will return later than usual in January to allow mass testing to take place first after a case surge in that age group in the south-east of England, which has led to widespread disruption and closures in the last week of the autumn term.

The UK's four nations agreed earlier this week to stick to a plan to ease restrictions over Christmas to allow families to mix, but Schools Minister Nick Gibb said that the government would not rule out another national lockdown for England after the festive period.

For now, the country is sticking with a system of regional restrictions, with more parts of the south-east of England heading into the highest level from Saturday. Northern Ireland has announced another national shutdown for six weeks starting on Boxing Day, which will include the closure of non-essential retail.

A body representing the UK's hospitality sector has described the government's treatment of the industry as 'scandalous,' with support for businesses reduced even as restrictions are tightened.  UK Finance Minister Rishi Sunak is however planning to extend the UK's $92 billion coronavirus emergency loan schemes aimed at supporting businesses.

Government officials are now focusing their efforts on ensuring Germany has a successful vaccine rollout. The approval of a Pfizer/BioNTech coronavirus vaccine is imminent in the EU, and the first doses could start to ship next weekend.

However, Germany is facing the logistical challenge of how to vaccinate its 80 million inhabitants. Health Minister Jens Spahn has been pushing for mass vaccination centers, which have already been set up in many of the country's 16 states. Local officials are converting exhibition halls, concert halls, supermarket storage facilities, hotels and former refugee centers.

Frankfurt's first vaccination center yesterday is set up inside a large convention center on the western edge of the city. All signs point to a streamlined process that's very COVID-19 compliant. Patients are guided through five stages that start with a document check consultation and end with a waiting room to make sure nobody has an adverse reaction.

The number of confirmed coronavirus cases in Germany increased by 33,777 to 1,439,938, data from the Robert Koch Institute for infectious diseases showed on Friday. The reported death toll rose by 813 to 24,938, the tally showed.

European health regulators will meet on January 6 to review, and potentially sign off, the Moderna vaccine, nearly a week earlier than initially planned. If approved, the bloc could have two jabs to work with early next year. With the Pfizer-BioNTech shot expected to be approved on December 21. Europe is weeks behind its peers on approving vaccine candidates, leading to criticism. On Thursday, The US FDA greenlit the Moderna vaccine on an emergency basis.

Meanwhile, Europe has set its 'V-day' – or rather V-days. European Commission chief Ursula von der Leyen said COVID-19 vaccinations will begin on 27, 28 and 29th of December. The plan is for all member states to have access to the jabs at the same time, but each individual country will need to come up with its own strategy for administering the shots.

Belgium's lockdown measures are not as strict as its neighbors and it's raising concerns that people will try to sneak across the border for a little extra freedom. Prime Minister Alexandar de Croo has asked residents of the Netherlands and Germany to "stay home" and only cross the border for essential travel and "not for fun."