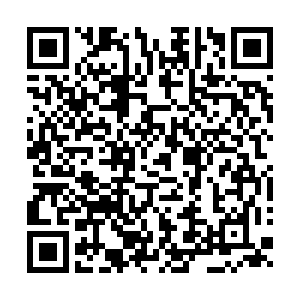 The price of the European Union's various coronavirus vaccines were finally made public for a short time on Thursday, after a Belgian minister accidentally tweeted the information.

Eva De Bleeker, Belgium's budget state secretary, posted a table with the cost of each vaccine bought by the EU, as well as the number of doses purchased by her government. She quickly deleted the tweet, but Belgian news site HLN took a screen shot of the data and published it.

The European Commission had previously said it could not release the prices to the public because of commercial confidentiality agreements. EU health commissioner Stella Kyriakides told MEPs in November: "The Commission is not legally able to disclose information contained in the contracts."

However, some EU lawmakers have called for greater transparency, saying the vaccine deals involved taxpayer money and the details should therefore be open to the public, particularly as countries will be placing their orders for the various vaccines individually.

The Commission has now finalized deals with six producers and finished early-stage talks with a seventh drugmaker on Thursday. According to the HLN's screenshot, the prices of the vaccines, ranging from $2.18 to $18, were as follows:

The screenshot of De Bleeker's tweet also shows Belgium will be spending $341 million on more than 33 million doses. She was posting the information in response to criticism from opposition party N-VA over the government's budget for the vaccines. "This year 33.5 million vaccines will be purchased," she wrote on Twitter: "And we are going to pay a total of 279 million euros [$341m] for this."

The post was taken down 30 minutes later. De Bleeker was later summoned to explain her actions in Belgium's Chamber of Representatives, with opposition politicians condemning her actions as a potential violation of contractual confidentiality clauses. According to HLN, she told the chamber: "One of the pillars of my policy is transparency and I have been a bit too transparent, perhaps."

When the Belgian news site asked whether the European Commission could confirm the prices, the bloc's executive said: "We will not comment on what happened in Belgium, but the prices of the vaccines are confidential." Whether the vaccine producers will consider De Bleeker's actions as a breach of contract and take action remains to be seen.