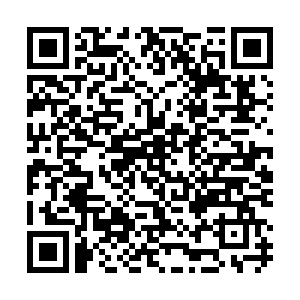 • Europeans are set to start getting COVID-19 vaccines before the new year after the drug regulator accelerated its approval process. The European Medicines Agency will convene on December 21 to evaluate the Pfizer/BioNTech vaccine, with the European Commission then ready to fast-track its own approval "within days."

• Anti-lockdown protesters in Ukraine's capital Kyiv knocked a police officer unconscious while 40 others received chemical eye burns from gas, the interior ministry said on Tuesday. A tight national lockdown will start in January.

• Germany, France, Italy, Belgium, Luxembourg, the Netherlands, Spain and Switzerland will coordinate the start of their COVID-19 vaccination campaigns, the countries' health ministers said in a joint statement on Tuesday.

• Russia's flagship airline Aeroflot will designate a special onboard seating area for passengers refusing to wear masks. "Dedicated seats are allocated to passengers who declare their refusal to use masks after [the aircraft's] doors close," said a statement.

• The share of the Spanish population that contracted the coronavirus has nearly doubled to almost 10 percent, or about 4.7 million people, in the second wave of contagion since late summer, results from the latest stage of a nationwide antibody study showed on Tuesday. In Madrid, 18.6 percent tested positive.

• Switzerland should impose an immediate and strict lockdown, the leading pandemic expert advising its government urged on Tuesday. "We think we need very strong measures, the earlier the better," said Martin Ackermann, calling for the closure of restaurants and non-essential shops and for strict work-from-home rules.

• Poland cannot loosen COVID-19 restrictions yet and people should stay at home over Christmas, senior government ministers said on Tuesday. "We can't pretend that we have defeated the virus," Prime Minister Mateusz Morawiecki told a news conference.

• France reported 11,532 new COVID-19 infections over the past 24 hours on Tuesday – the day by which President Emmanuel Macron had targeted a reduction to 5,000 or fewer new daily cases in order to relax the country's lockdown.

• Germany's Health Minister Jens Spahn has put pressure on the EU's European Medicines Agency to approve the vaccine made by Pfizer and BioNTech. It has already been rolled out in other countries including the UK and the U.S.. "Our goal is an approval before Christmas so that we can still start vaccinating this year," he said.

• Italy will need to impose new restrictions during the Christmas period to slow down the virus's spread and prevent a "devastating" third wave, Prime Minister Giuseppe Conte told La Stampa.

• A new five-week nationwide lockdown has been imposed in the Netherlands with schools, non-essential shops, museums and gyms closing until January 19.

Spain could develop herd immunity by next summer if enough people take the COVID-19 vaccine, according to the country's health minister.

Salvador Illa said the country's vaccination program, which is due to start in January, should vaccinate two-thirds of the nation's 47 million population by June 2021.

Illa's confidence comes despite a recent survey that found Spaniards were among the most sceptical in Europe when it came to the COVID-19 vaccine.

He said the first coronavirus vaccines could start arriving in Spain from January 4 once the European Medicines Agency (EMA) approves it.

Almost 11 million people in and around London are set to move into the highest level of COVID-19 restrictions from Wednesday. It means 61 percent of England's population will be in Tier 3 areas, with tougher limits on their lives.

The UK government said it's found a new strain of the coronavirus that's proving particularly active in parts of the country with rising infection rates. But it has rebuffed calls to review its decision to allow households to get together over Christmas in a national relaxation of the rules. Scientists warn it could lead to more cases and deaths.

There are concerns about the economic damage the tougher restrictions could be having. Latest figures show 819,000 fewer people were on British payrolls compared with the start of the pandemic. 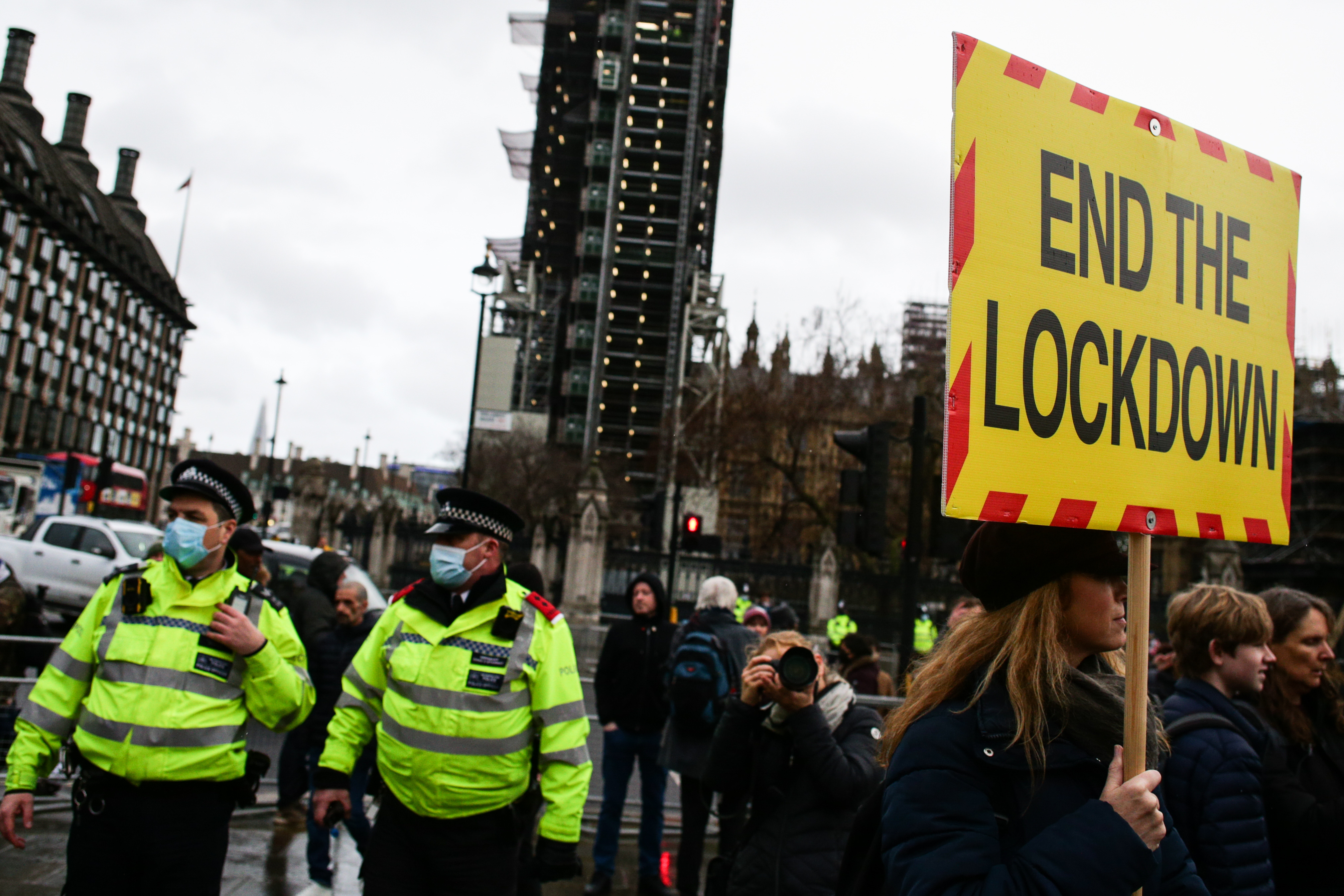 Coronavirus infections have turned a corner in Belgium... but in a worrying direction, as the number of cases has now risen for three straight days.

An average of 2,274 infections a day has been recorded in the past week, a 6 percent increase from the week before. With the reproduction rate just below one, government and health officials could be forced to introduce new restrictions when they meet on Friday – just a week before the Christmas holiday.

The country's death toll has also passed another grim milestone, with a total of 18,054 killed by the virus since the start of the pandemic.

The first doses of a COVID-19 vaccine could arrive in Hungary at the end of December, Prime Minister Viktor Orban has said. And the country has signed a contract with every "serious vaccine manufacturer," as it negotiates with "both East and West."

Any amount of vaccine likely to arrive at the end of December will be small, with mass vaccinations not starting until 2021, one of the country's top epidemiologists added.

Hungary has tied down a total of 17.5 million vaccine doses from a variety of manufacturers. In the last 24-hour period, 3,470 new infections have been identified and 165 people have died. 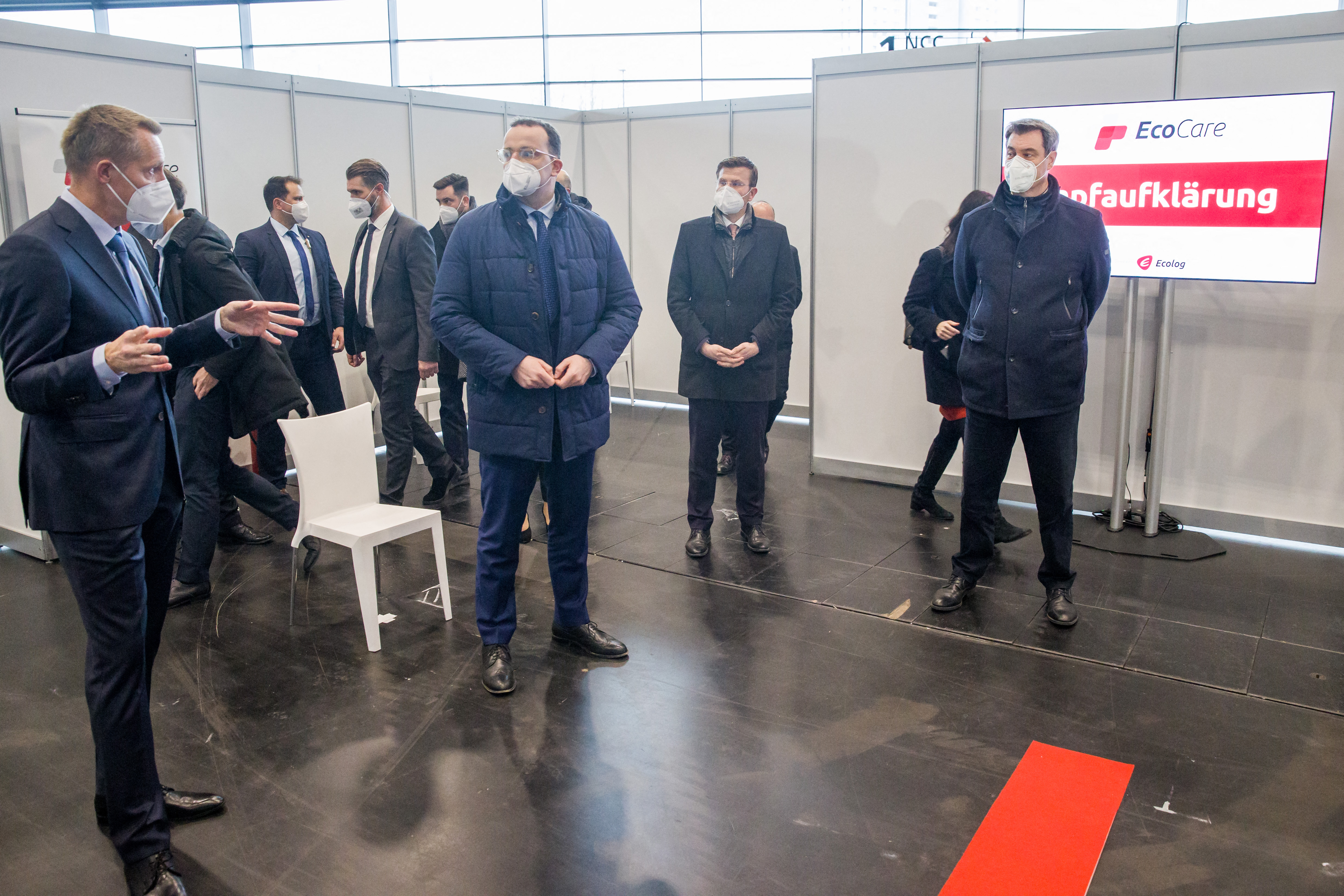 Jens Spahn is aiming for approval to use the vaccine before Christmas. /Daniel Karmann/AFP

Jens Spahn is aiming for approval to use the vaccine before Christmas. /Daniel Karmann/AFP