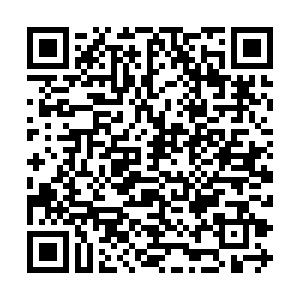 • The World Health Organization says it does not believe there will be enough doses of a COVID-19 vaccine in the next three to six months to prevent a surge in infections.

• The UK has become the first country in the world to approve the Pfizer-BioNTech vaccine for use but has come under fire from the European Medicines Agency for rushing the process.

• Poland has signed a contract with multiple companies for 45m vaccine doses, which will be given free to its people, Prime Minister Mateusz Morawiecki said.

• Ukraine has decided to lift its weekend lockdown restrictions that meant the closing or restriction of most businesses except essential services on Saturdays and Sundays.

• Austria is to reopen shops and primary schools from Monday when the country's current lockdown eases and skiing will be allowed from December 24, Chancellor Sebastian Kurz said.

• People in Norway can invite up to 10 guests into their homes to celebrate Christmas on two separate occasions up to and including New Year's Day, Prime Minister Erna Solberg said.

• Russia is to begin mass vaccinations from next week, while all cafes and restaurants in the city of St Petersburg will be closed from December 30 until January 3.

• The EU has called for countries to keep up restrictions on social distancing and reinforce their healthcare systems ahead of the Christmas holidays to avoid a surge in cases.

• France is to make random border checks to stop people getting infected by going to countries where ski resorts remain open, according to the country's prime minister, Jean Castex.

• International arrivals into Spain fell 87 percent year-on-year, according to data from the country's National Statistics Institute.

• Italy is to launch its large-scale free vaccination program from early next year, with health workers and the elderly to be given priority, according to the country's health minister, Roberto Speranza.

• Poland has recorded more than 1 million cases since the start of the pandemic after a further 13,855 new infections were reported in the past 24 hours. 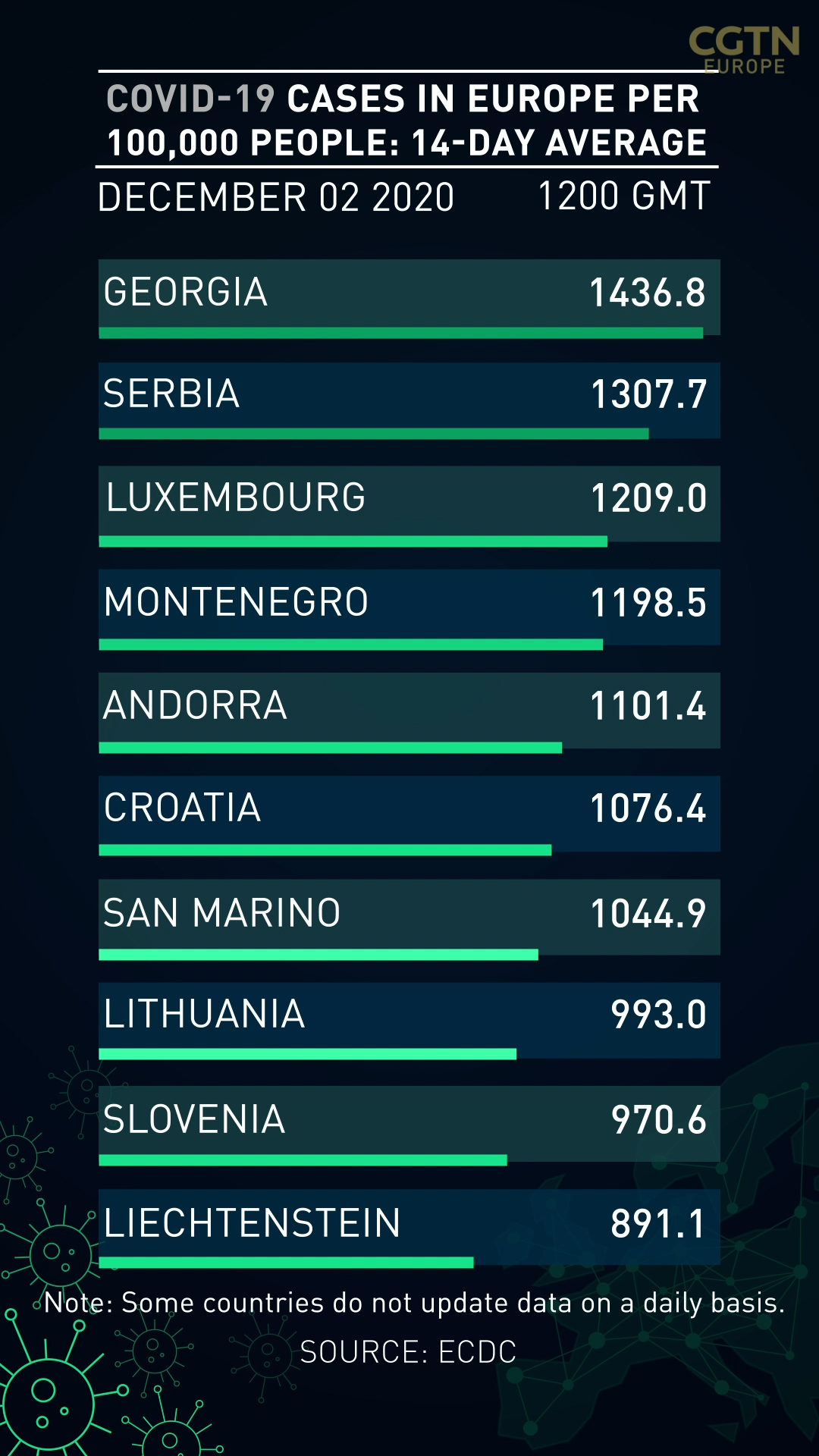 The UK has become the first country in the world to approve the coronavirus vaccine developed by Pfizer and BioNTech, after authorizing it for temporary use.

Officials plan to roll out the jab next week, with older people in care homes and front-line health workers among those who will get it first. The country has ordered 40 million doses.

Britain's regulator, the Medicines and Healthcare products Regulatory Agency (MHRA), has approved the use of the jab, which trials have shown is 95 percent effective at providing an immune response to COVID-19.

However, the EU regulator, the European Medicines Agency, has suggested its approval procedure is more 'robust' than the UK's as it takes into account more data before reaching its decision.

Meanwhile, many of England's busiest shopping streets were again filled with people on Wednesday after the country's second lockdown ended, meaning non-essential shops were allowed to reopen.

There have been 17,270 new cases of the coronavirus recorded in Germany, according to the latest data from the Robert Koch Institute. That's around 7 percent less than this time last week, showing the spread of the disease is slowing.

However, there have also been 487 new deaths reported, which is the highest daily total since the start of the pandemic.

The data come as Germany's health minister, Jens Spahn, says all necessary preparations are being made to start vaccinations as soon as one is approved. "We are working flat out at all levels to prepare for future vaccinations. Our vaccination centers should be ready for use by mid-December," he said. 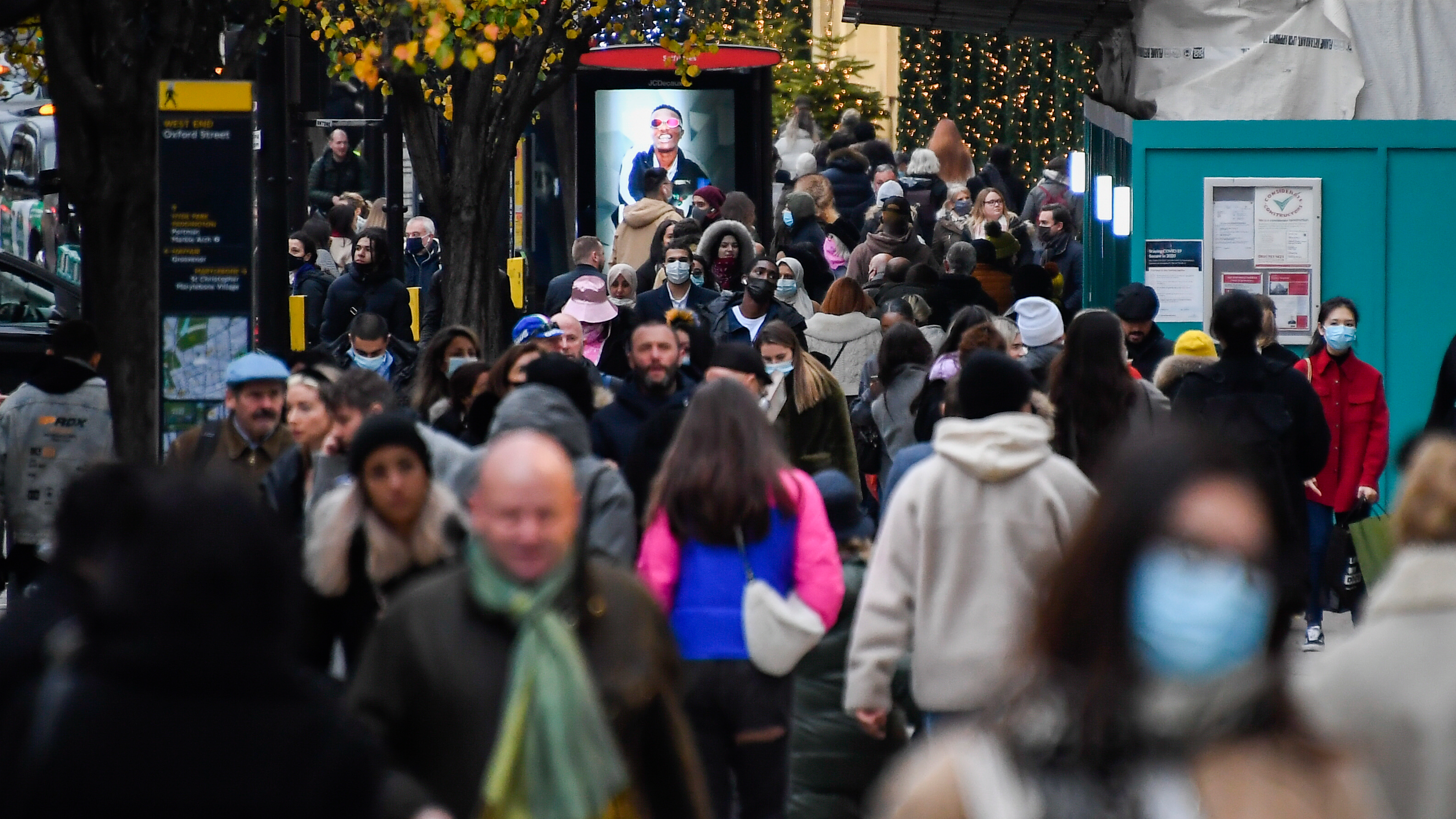 People walk along Oxford Street, London, as non-essential shops are allowed to reopen after England's second lockdown ended at midnight on Wednesday. /AP

People walk along Oxford Street, London, as non-essential shops are allowed to reopen after England's second lockdown ended at midnight on Wednesday. /AP

Meanwhile, the number of infections continues to slowly creep lower in Belgium. Just over 2,300 new infections were recorded on average in the past week. There are also now fewer than 4,000 COVID-19 patients in hospital.

A new vaccine website will be launched in Hungary, vakcinainfo.gov.hu, but the country's national chief physician says "no vaccine is suitable for Hungary yet."

The country recorded 3,951 rew infections over the past 24 hours, taking the overall toll to 221,073. The majority of the 154 deaths during the same period were elderly patients. The total number of fatalities now stands at 4,977. 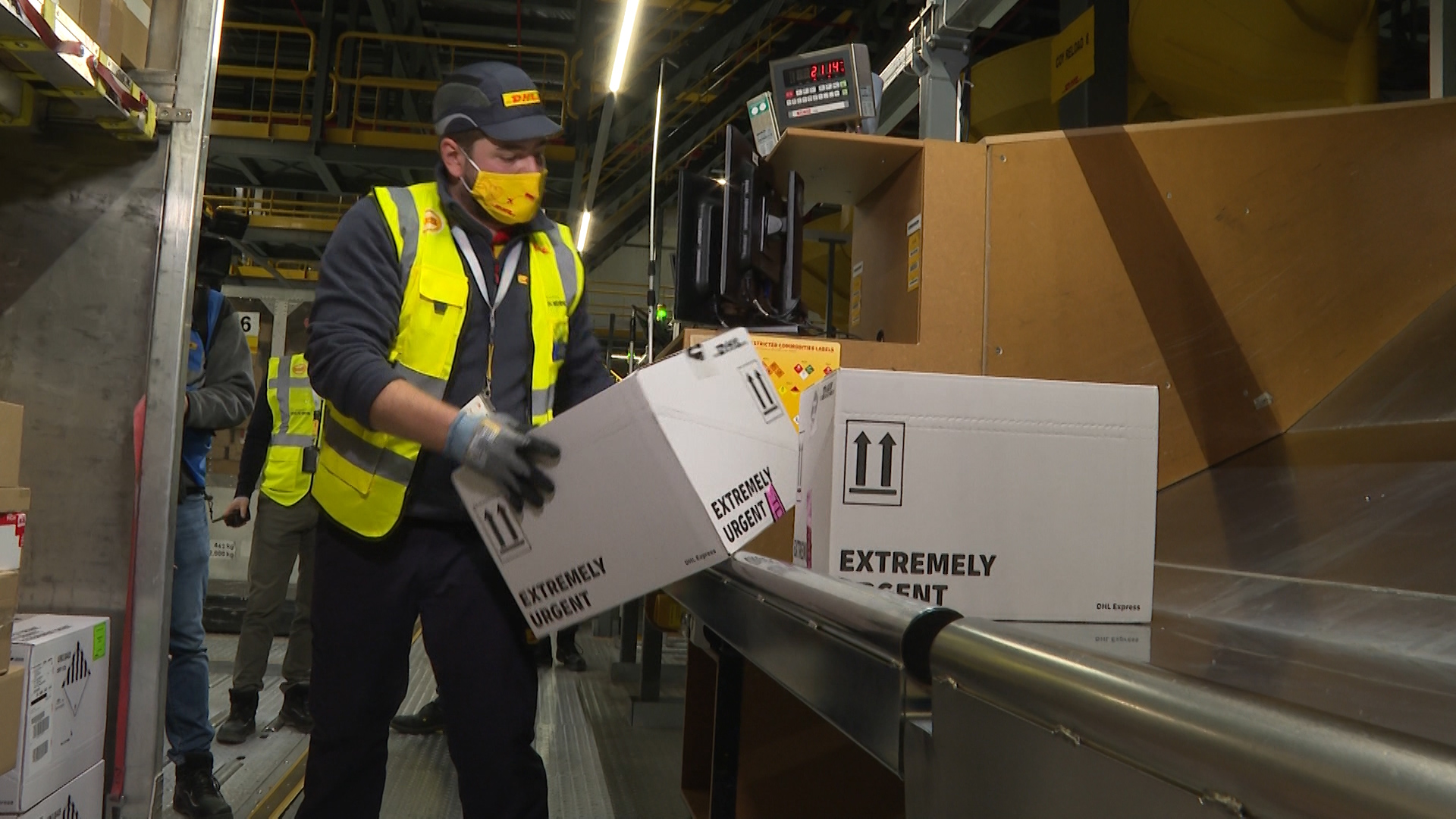 President Emmanuel Macron is urging French citizens not to travel for Christmas skiing holidays in places such as Andorra or Switzerland, where ski resorts are still open.

On Tuesday, Macron said: "We will have restrictive and dissuasive measures, which will be refined in the coming days with the government."

Resorts in France are still technically open but ski lifts and gondolas are closed and all equipment hire is closed. Germany's chancellor Angela Merkel recently called for a Europe-wide agreement to close all ski pistes until January. 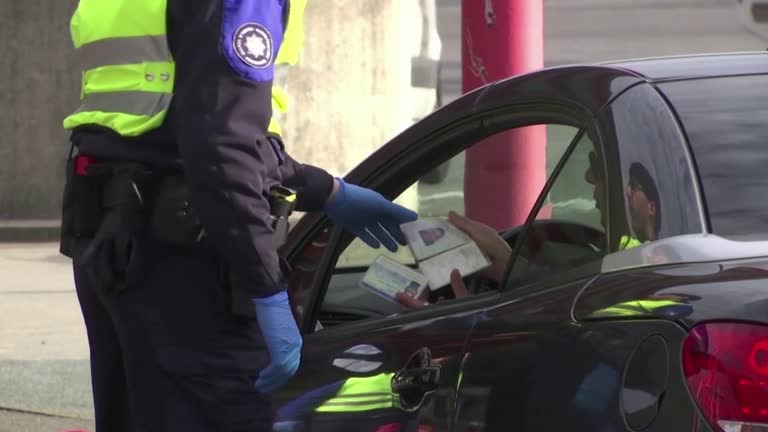 France is to make random border checks to stop people getting infected by going to countries where ski resorts remain open. /AP

France is to make random border checks to stop people getting infected by going to countries where ski resorts remain open. /AP

CGTN America: First U.S. COVID-19 shots should be given 24-48 hours after FDA approval