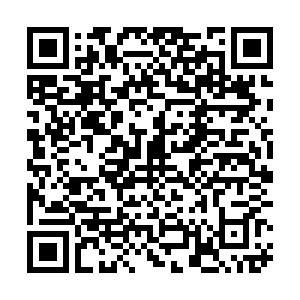 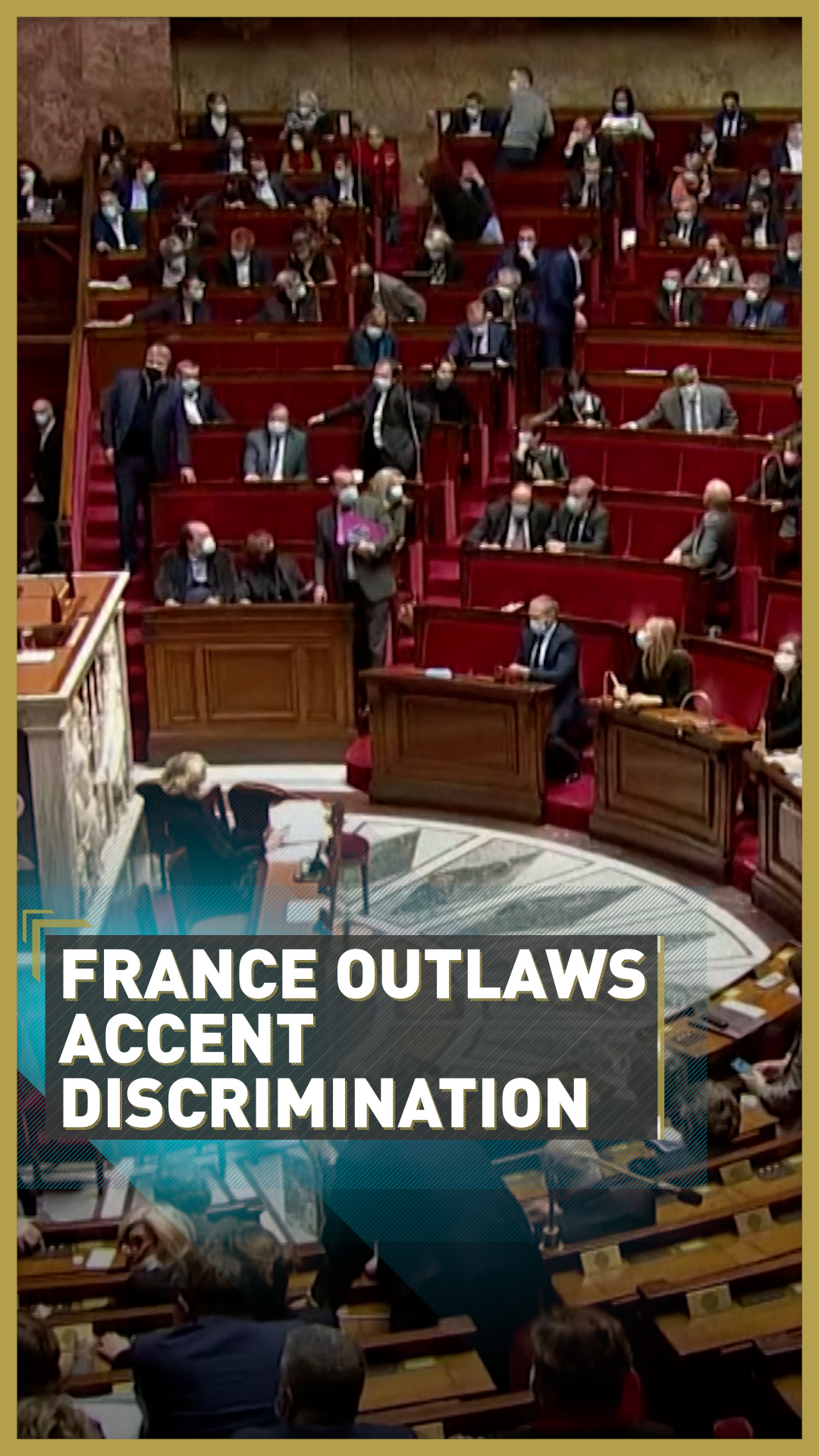 France's lower house of parliament has approved a new law forbidding discrimination against individuals on the basis of regional accents.

Passed overwhelmingly by 98 votes to three, the new law makes this kind of discrimination, which the Parliament defined as "a form of racism," an offence under labor and penal codes punishable with a maximum of three years in prison or a fine of up to $53,000.

The law was proposed by center-right deputy Christophe Euzet. "At a time when 'visible' minorities benefit from the legitimate concern of the public authorities, 'audible' minorities are the big ones forgotten in the social contract based on equality," he said on Thursday. Euzet is from Perpignan, in south-west France, and he speaks with the local accent.

A national debate on discrimination against regional accents – a long-term issue in France – was sparked by the increasing sharing on social media of clips of politicians' gaffes. In 2018 an infamous accident involving left-wing politician Jean-Luc Mélenchon, who mocked a Toulouse-based reporter for her thick accent when asked a question that he said he couldn't understand, went viral on social media.

"Can someone ask me a question in French? And [make it] a bit more understandable," Mélenchon was filmed saying, in a clip that was widely circulated on social media. He later apologized for his reaction.

After the event, member of parliament Laetitia Avia first came up with the idea of a law proposal to ban discrimination based on the way people speak French, an issue she experienced first-hand because of her so-called "banlieue" accent, as she defined it, which she had to 'correct' during university and her time as a lawyer.

The accent spoken in the greater Paris region of Île-de-France, where historically the French kings lived, has so far been considered the standard French, and the accent anyone in France had to aim for if aspiring to a public career. But of the country's population of 67 million, as many as 30 million speak with an accent that doesn't conform to the Paris norm.

"France is one of these countries where all, everything, the power, the culture, the political, everyone is gathered around one point in Paris and we consider at school, in universities, on media, that there is only one way to speak French," says Mathieu Avanzi, a linguist teaching at the Sorbonne University in Paris.

Regional accents have long been regarded with disdain among some Parisians, with jobs in national broadcasting and politics being almost inaccessible for anyone with a southern twang.

After prime minister Jean Castex, originally from Vic-Fezensac in the south-west of the country, spoke for the first time in public in July, comments on his accent flooded from all sides. Politician Nadine Morano said she "loved" Castex's accent because it gave her the "impression of being on holiday."

A news commentator said Castex sounded "a little rugby" – a reference to the fact that many broadcasters with a regional accent are restricted to reporting on rugby or the weather bulletin. 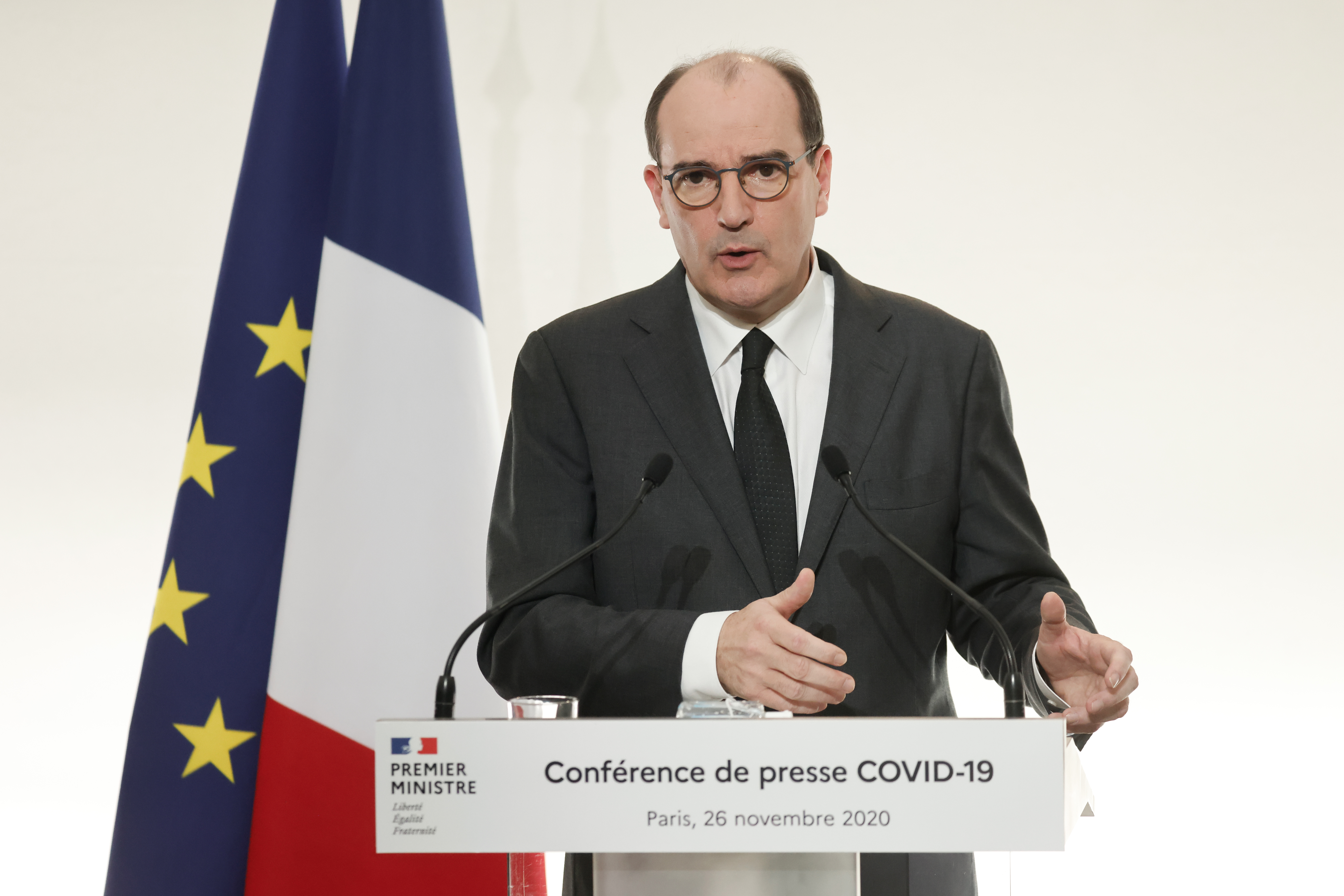 You will be considered, if you have a strong accent, as a farmer or someone working outside, not in an office.
-  Mathieu Avanzi, linguist

Stereotypes within French regions and attempts at suppressing regional accents are ingrained in France's history. A French linguist invented the term 'glottophobie' in 2016, to describe the phenomenon of French people discriminating against different regional accents.

Read more: Should I worry about my name?

The origins of the debate around accents

France is home to dozens of different regional accents, each linked to the history of the area they originate from and the dialects that used to be spoken in those areas – Breton, Basque, Franco-Provençal.

It was only in the 1880s that the French government started to impose the use of standard French throughout all the country, and although by the 1950s regional dialects had almost disappeared, local accents remained quite strong.

"Everything which is different from Paris, which does not belong to the standard, was always an object of fun. So this accent discrimination has a very long history," Avanzi says.

According to Avanzi, there's not a hierarchy between regional accents, but different ones are associated with different stereotypes. "In the South, the positive aspect is that when you speak southern French, you sound like you are on holiday and you are going to have pastis and play petanque," he explains.

"But on the other hand, when you watch a movie, you will see that the nasty [people] and the pickpockets and everything, they always have a Southern accent.

"In the north of France, you have a very strong accent as well. And this accent is considered as funny. But in the other way, people would never want to hire somebody with a strong accent from the north."

For centuries, French people had to adapt their accent to conform to the Parisian standard. The new law should change all of this, and forbid the ancient accent snobbery.