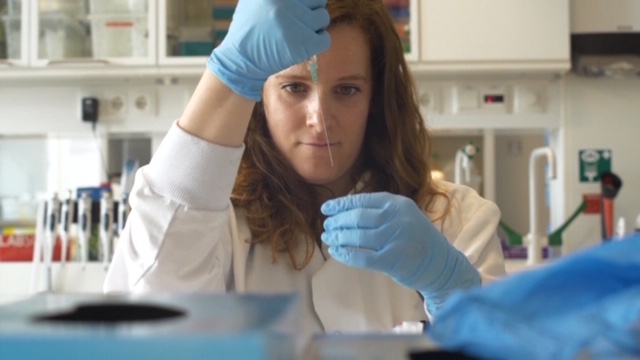 France is preparing to roll out COVID-19 vaccinations from the end of December subject to regulatory approval.

But the government is stressing the need for authorities to be transparent about the process, given many French citizens' long-held skepticism towards vaccinations.

A new Ipsos survey of more than 18,000 adults from 15 countries posed the question: "Would you get vaccinated if a COVID-19 vaccine were available?”

In China 85 percent of people answered "yes," and in the U.S. the figure was 64 percent. But when posed in France only 54 percent said they would have an anti-COVID-19 jab.

The think-tank which analyzed the findings believes there are deep-rooted issues of trust in France.

"The main reason for people to refuse to get vaccinated is that they fear the potential consequences of the vaccine," said Antoine Bristielle, a researcher at the Jean Jaurès Foundation.

"They don't trust their government or their scientific institutions when these institutions say 'You have to get vaccinated.'

"Because they don't trust their institutions, they have too much fear to be vaccinated."

These findings were backed up by another poll from the Odoxa-Dentsu consultancy last month, which suggested that half the population in France would not have a COVID-19 vaccine.

This mistrust of vaccines is decades-old.

According to researchers, the anti-vaccination lobby has been gaining ground in France since the 1980s.

There was a successful program in France for mass-inoculation against Hepatitis B but then suspicions arose that the jab could cause multiple sclerosis.

Successive studies ruled this theory out but the rumors persisted.

The government says it hopes to start administering COVID-19 vaccine doses to the most vulnerable from the end of this year but the French president Emmanuel Macron has said the vaccine will not be mandatory.

"We need feedback, ideally in near-real time, so that if there are things we didn't see during the clinical trials, which have been shortened because of the crisis, we can at least see them very quickly," said Mounia Hocine, a biostatistician.

"This is all part of the need for information and transparency that is expected."

The logistical planning for obtaining orders of millions of doses is under way, but there is a bigger challenge for the government, which is convincing the French population to have the vaccine once it arrives.