Business owners want it back, but did the UK's eating out scheme do more harm than good?
Juliet Mann 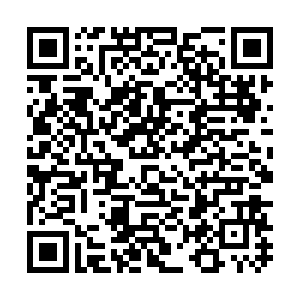 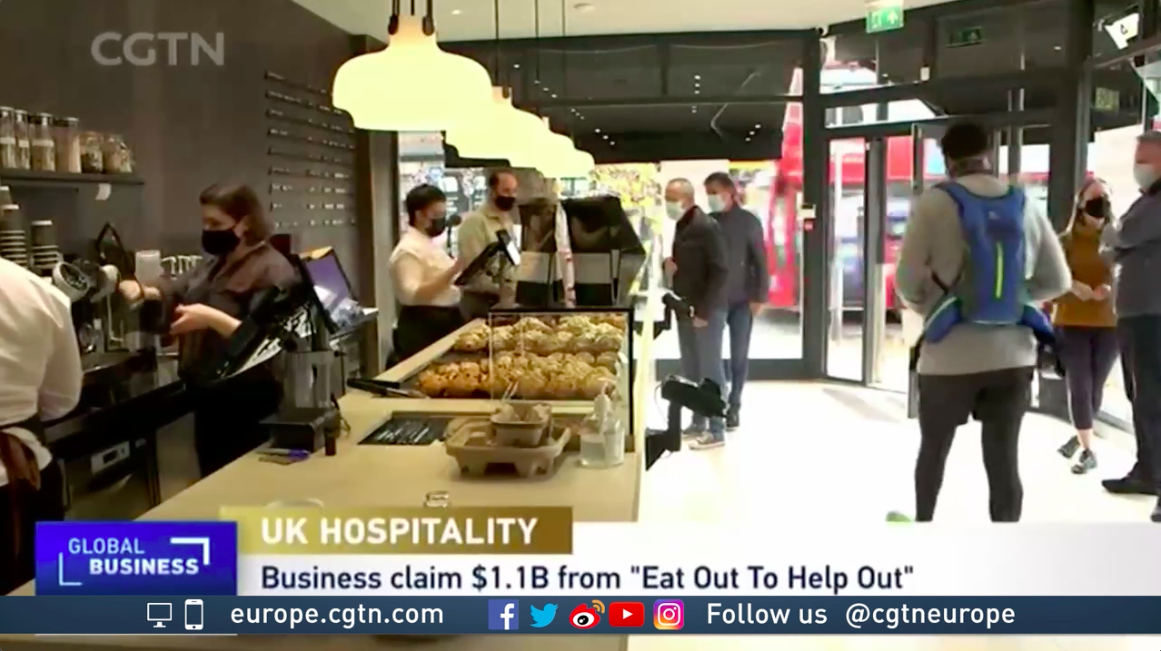 A trickle of customers buying takeaway drinks and cakes at Waft Coffee, in West London, is the most staff can hope for as the sector continues to battle the impact of COVID-19 restrictions.

Normally bustling coffee shops are now grateful for a few clients as they try to entice people with special offers like 50 percent off savory food to take away – a nod to the government's half-price scheme for restaurants in August.

The eat-out scheme was welcomed for its economic impact but it has also been argued that it caused many more infections.

"The help out scheme not only helped businesses, it helped employees," said Babak Bahador, manager at Waft Coffee.

"We kept all employees employed and busy so it was amazing."

Businesses in the UK claimed $1.1 billion through the UK government Eat Out to Help Out scheme. The initiative was designed to boost the economy after the first national lockdown and allowed pubs, cafes and restaurants to offer heavily discounted meals on Mondays, Tuesdays and Wednesdays in August.

New figures show that around 50,000 restaurants, pubs and cafes took part, providing discounts for more than 160 million meals during the month.

"That month we didn't even have to get rid of our staff, also we hired more people because of the demand," said Eddie Altun, owner of Osckar's Bistro in Acton. "It really helped big time."

"If it is going to be five, six months, it needs to be introduced again because we are struggling now again," said Altun.

The summer Eat Out to Help Out initiative was a short-order lifeline. But critics say maybe it was the case of putting a bargain ahead of the pandemic for customers. 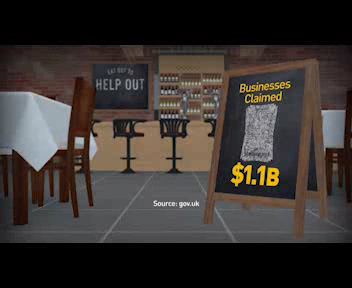 The government scheme to help out restaurants in August is also being blamed for spreading the virus. /Gov.uk

The government scheme to help out restaurants in August is also being blamed for spreading the virus. /Gov.uk

A study from the University of Warwick analyzed the impact of Eat Out to Help Out on COVID-19 clusters. It found the scheme drove up infections, while offering only short-lived economic benefits.

"Policy makers are drawn to this idea there is a trade-off between helping the economy and saving lives," said Thiemo Fetzer, associate professor at the University of Warwick.

"This is a false trade off … essentially what the scheme did was concentrate a lot of restaurant dining activity a few days within the week, that is completely contrary to any ideas of maintaining social distancing and trying to make sure few households meet in an environment which already at the time was conceived to be risky for infections … so it was, in that sense, a policy own goal," he said.

"Just the expansion of the furlough scheme probably would have done much better to help restaurants shoulder this crisis throughout, rather than these one-off surges in restaurant activity that ultimately don't rescue the year."

The UK's finance minister, Chancellor Rishi Sunak, has said he has no regrets about the scheme because it helped 2 million people in the hospitality sector get back to work.