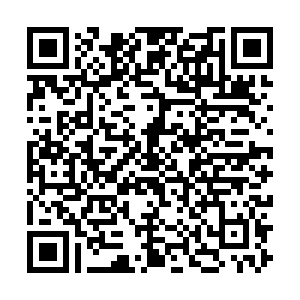 Sirio Persichetti is only seven years old, but in his life he has already overcome more challenges than most of us are faced with – the first: to survive.

Only 50 days after Sirio was born in August 2013 in Rome, premature but healthy, a "cot death" almost took him away, but he lived. A photo of Sirio when he was a baby in an intensive care unit at a hospital./Yara Nardi/Reuters

A photo of Sirio when he was a baby in an intensive care unit at a hospital./Yara Nardi/Reuters

After that, he went through resuscitation, hypothermia, tracheostomy and 10 months of intensive care and rehabilitation. He was first declared to be in a "vegetative state" and then diagnosed with spastic tetraplegia, a form of cerebral palsy that affects his movements.

"A few days after the birth, he was a child carrying a tracheostomy with a spastic tetra barese, a child destined not to walk or swallowing," says Valentina Perniciaro, Sirio's mother. "Let's say that we are part of those excluded from the world since his birth. But we never wanted to accept this passively." 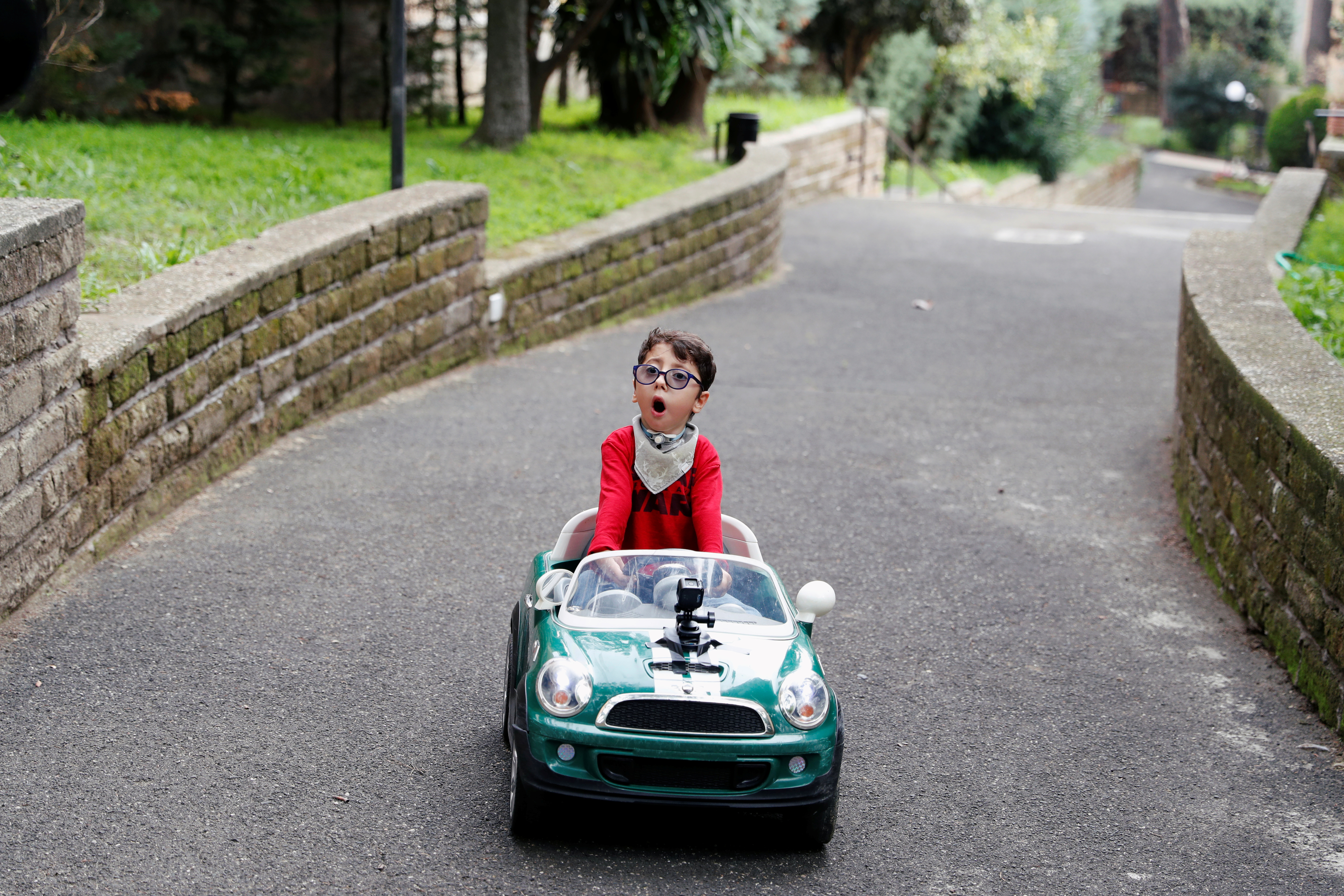 Sirio driving his toy car in the front yard of his home in Rome, Italy. /Yara Nardi/Reuters

Sirio driving his toy car in the front yard of his home in Rome, Italy. /Yara Nardi/Reuters

Sirio can't really speak or feed himself and has had a tracheostomy to help him breathe, but that hasn't stopped him from taking over social media with his playfulness and his love and enthusiasm for life. 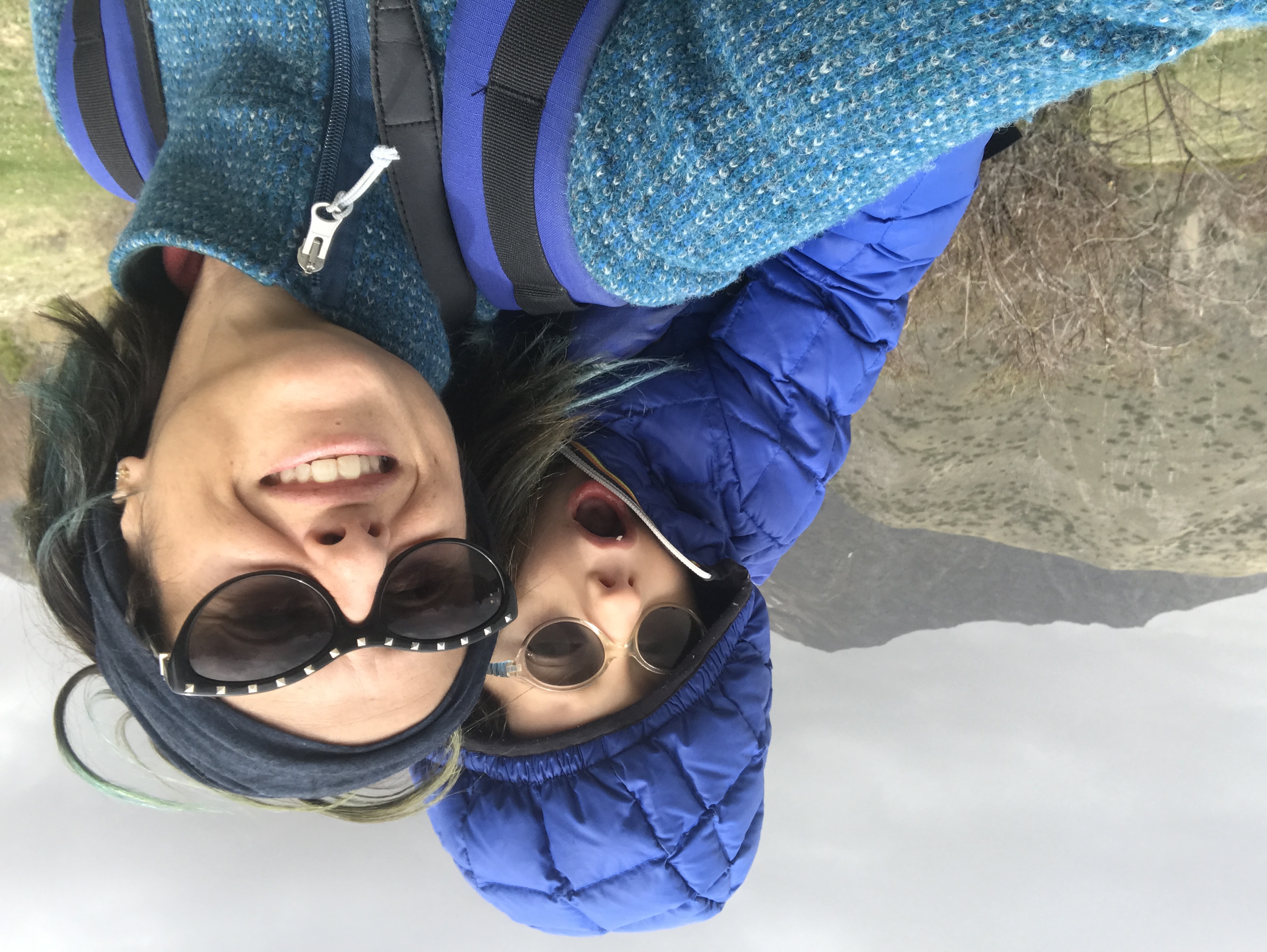 Sirio and Valentina on one of their adventures. /Sirio e i Tetrabondi

Sirio and Valentina on one of their adventures. /Sirio e i Tetrabondi

Valentina tells Sirio's story and his everyday life on Facebook, Instagram and Twitter, where the boy has thousands of followers, all very supportive. She shares funny and endearing videos of Sirio's chronicles, going to school or playing with his brother Nilo, under the name "Sirio and the tetrabonds,", a term she came up with from putting together the words tetraplegia and vagabond, in honor of Sirio's adventurous spirit. 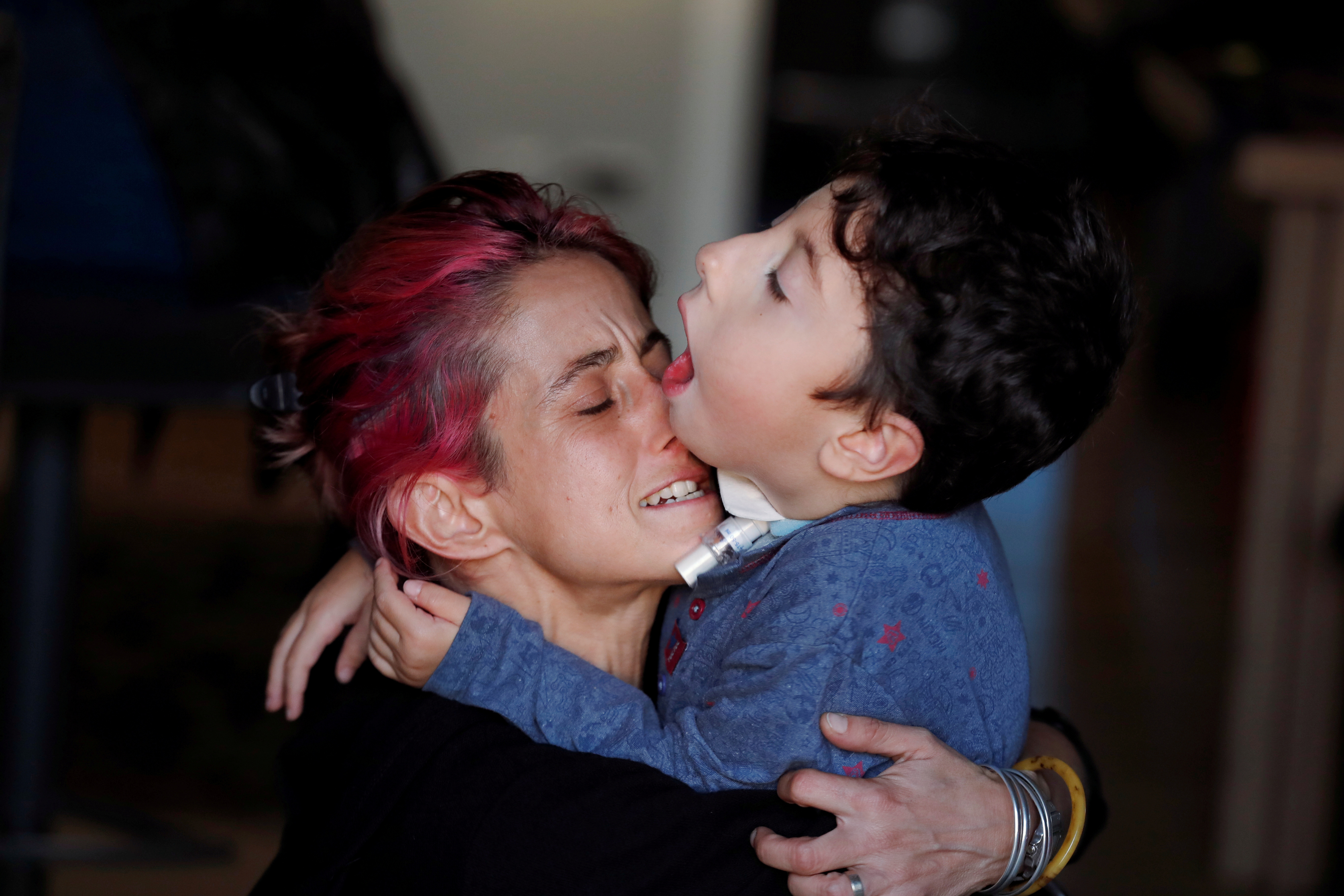 The response from people was very strong, with many being surprised by how full Sirio's life is even with his disability and families in similar situations feeling relieved that the stigma around kids with disabilities could be broken. Valentina hopes Sirio and the Tetrabonds can become a support platform for other families with children with disabilities. 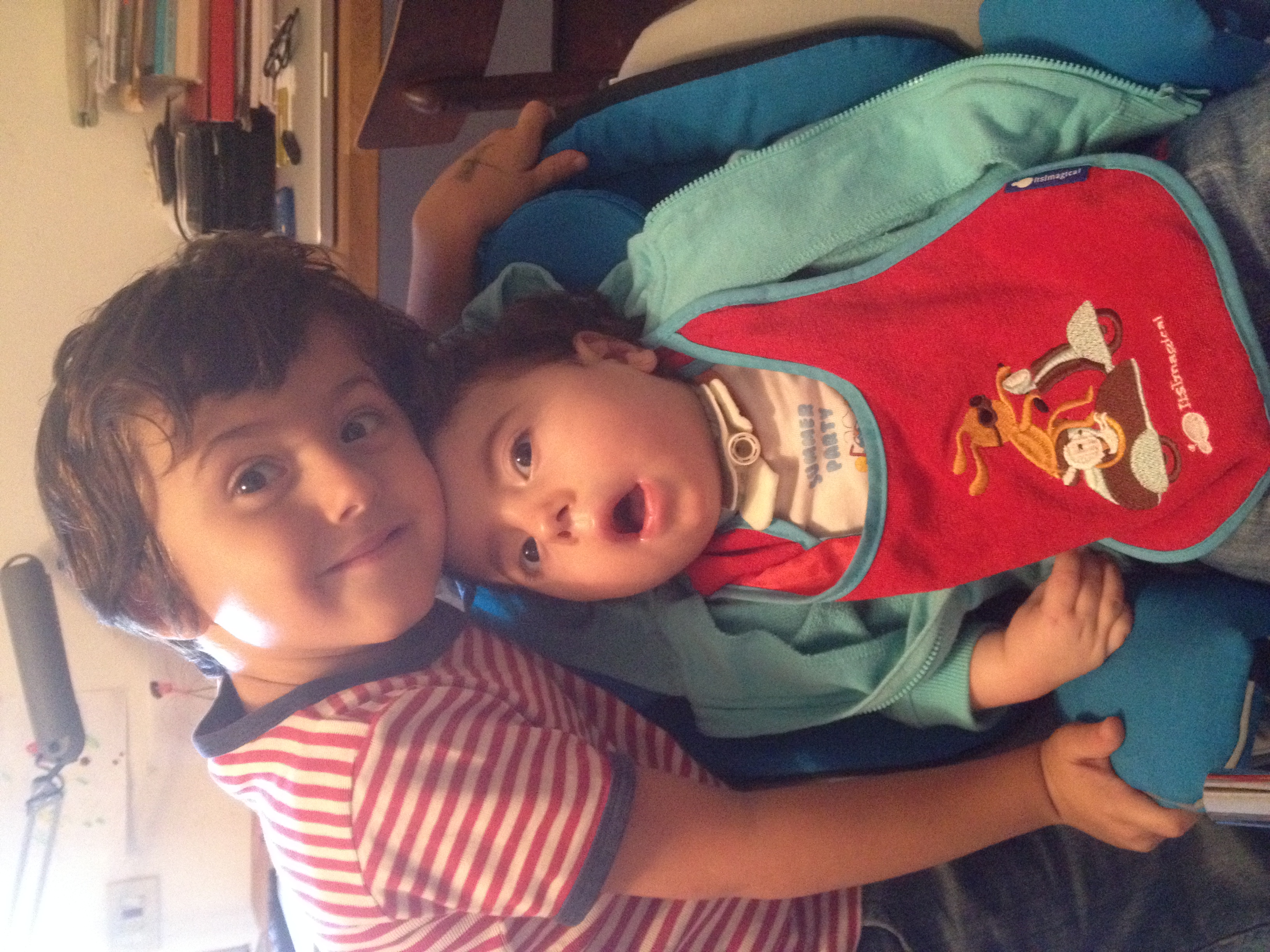 Sirio with his older brother Nilo. /Sirio e i Tetrabondi

Sirio with his older brother Nilo. /Sirio e i Tetrabondi

Valentina is determined to show things as they are: "ugly,"  she says. The reality of caring for a paraplegic child with all its difficulties, but also with all its joys – and a sense of humor.

"We tried to undermine with irony this idea of being 'special kids' or angels to bring up only with the power of love," she says. "Perhaps this is the reason why Silvio went viral. Surely the ability to convey sympathy and desire to have fun in a child who is already funny and awkward and strange from a distance."

"This definition of 'disability influencer' just dropped, we didn't even know what that meant," she adds. "Influencers are beautiful. We are not. Sirio shows all his disability, which is made of saliva and mucus, nothing beautiful. But we do not hide this and we try to make people understand that and accept it. In short, the world also belongs to the not beautiful ones." 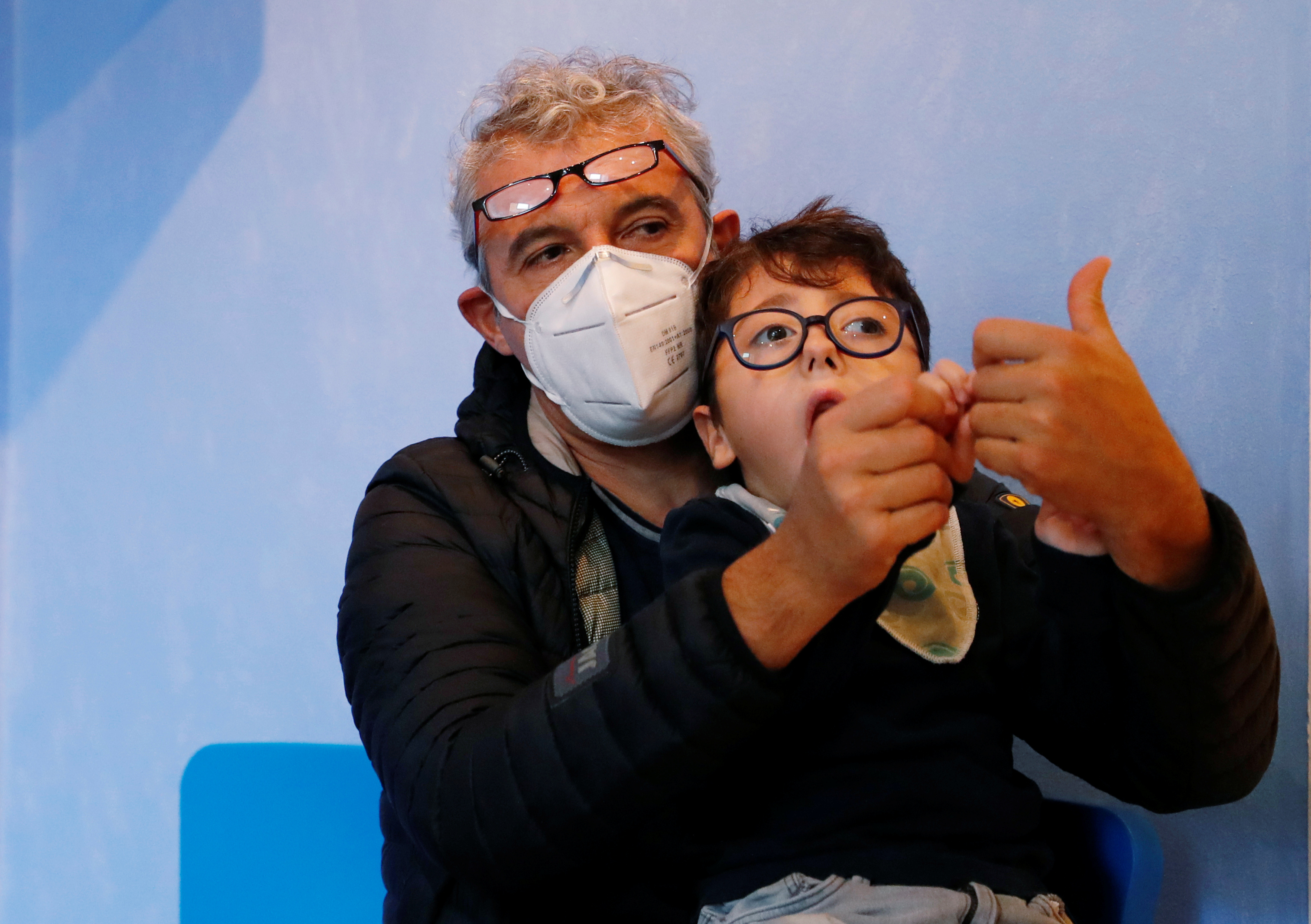 Sirio's battle to fight disability stereotypes has gone viral, to the surprise of his family, who now hope this success will make life a little bit easier for people struggling with disability, or those struggling to understand it.

"I got involved because I want the world to see us and welcome us," says Valentina, recalling that initially, when Sirio started going to school, the other students and their families were scared by Sirio and all the medical equipment that came with him.

"I must say, though, that everyone has always thanked us for being who we are, because these children who have shared their journey with Sirio for a few years certainly have brought an internal baggage of ability to recognize what's different and any kind of diversity, naturally," she adds.