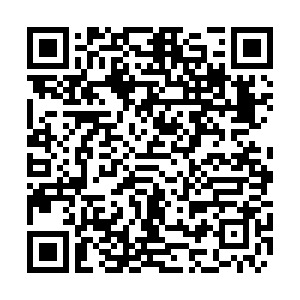 • Czechia will begin offering free antigen tests for COVID-19 for all who want them from December 18, according to the country's health minister. Prime Minister Andrej Babis said on Tuesday he wanted free testing on a voluntary basis before Christmas.

• Christmas celebrations in Spain may be limited to just six people, Prime Minister Pedro Sanchez has said, adding that number is "sufficiently rigorous and restrictive to prevent another surge in infections." Restrictions will be negotiated with regional authorities, with some changes expected in some areas.

• Lithuania has extended its coronavirus lockdown until December 17, when the new government is expected to take over. The extension will keep many companies working from home, while restaurants, gyms, universities and secondary schools will remain shut. Shops will stay open.

• Authorities in Sicily have asked Cuba's government to send about 60 health operators to the Italian region, including doctors and nurses, as hospitals are struggling with a shortage of medical personnel during the second wave. The request was filed this week to the Italian embassy in Cuba.

• The UK government has announced that families will be able to gather in three-household groups of any size between December 23 and 27 for the Christmas holidays, irrespective of their local tier of COVID-19 restrictions. People will have to make a "personal judgment" on the risks, according to Prime Minister Boris Johnson.

• Some UK scientists, however, oppose the plan, claiming it will "throw fuel on the COVID fire." Andrew Hayward, a member of the government's SAGE advisory committee, told the BBC that Christmas household mixing would "likely lead to a third wave" and is a "recipe for regret."

• The European Union has announced it is concluding a sixth contract to reserve up to 160 million vaccine doses from U.S. drug maker Moderna. "Every member state will receive it at the same time on a pro-rata basis," Ursula von der Leyen, the president of the European Commission, said.

• Germany has reported a daily record 410 COVID-19 deaths, according to data from the Robert Koch Institute (RKI). There were a further 1,072 confirmed cases, down from Friday's 5,015 daily record increase.

• Chancellor Angela Merkel will meet with 16 federal state leaders later on Wednesday to discuss relaxing restrictions for the Christmas and New Year holidays. Germany's "lockdown-lite" is expected to continue until December 20.

• France's President Emmanuel Macron has announced a three-stage easing of the country's month-long lockdown, beginning this weekend with the reopening of "non-essential" businesses such as hairdressers and clothes shops. Stores will have to observe strict distancing rules and close at 9 p.m..

• Finland's capital Helsinki is to introduce tough new restrictions, with high schools, libraries and swimming pools to be closed and public events banned outright after a sharp rise in the number of coronavirus cases.

• The number of COVID-19 hospital cases in Belgium has fallen below 5,000, with new admissions and infections falling by almost a third in a week.

• The global COVID-19 case tally is nearing 60 million. According to the Johns Hopkins University tracker, there are currently 59,759,494 worldwide infections, with more 1.4 million deaths. 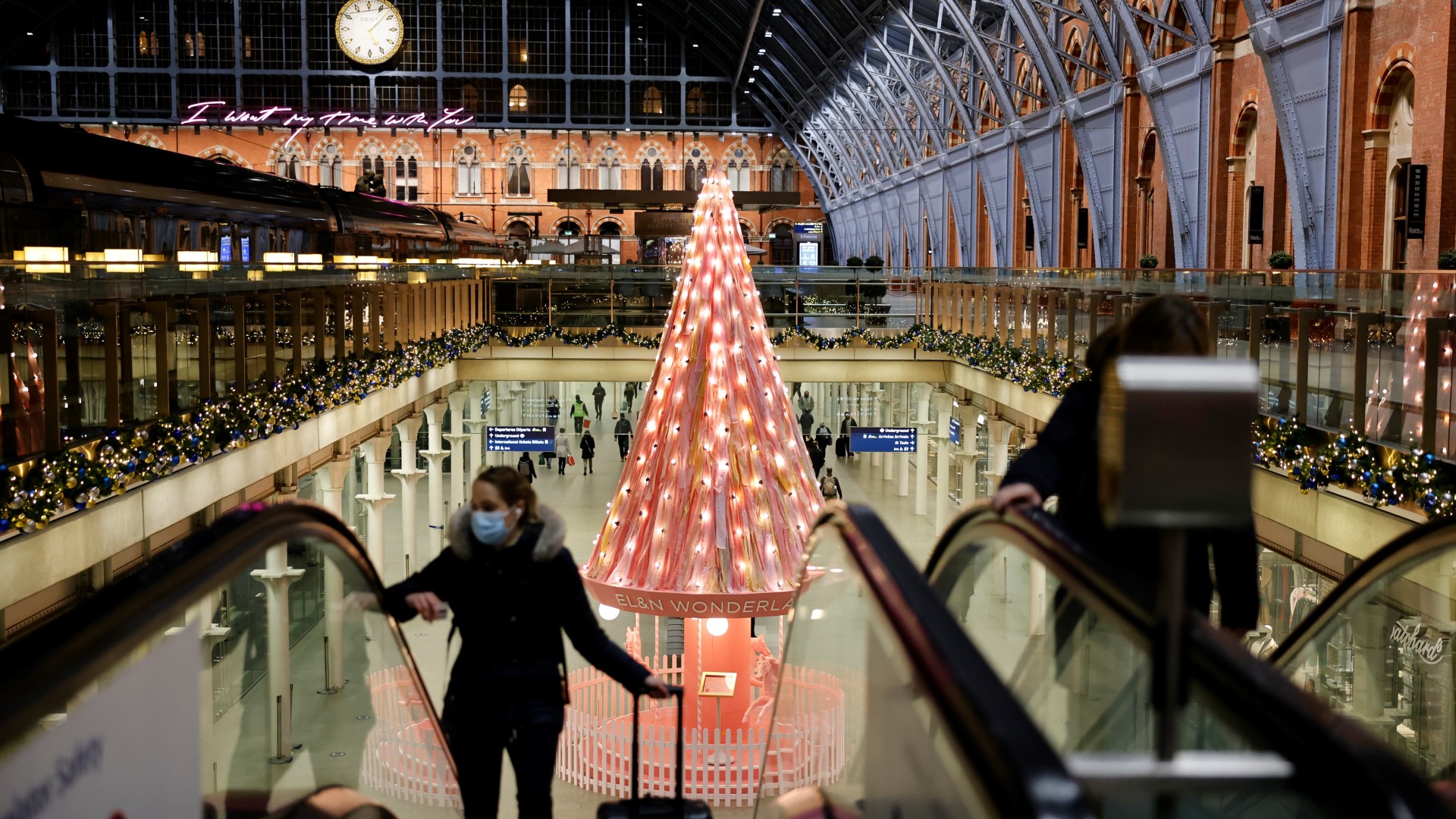 COVID-19 restrictions in the UK are to be relaxed for five days over the Christmas period. /Tolga Akmen/AFP

COVID-19 restrictions in the UK are to be relaxed for five days over the Christmas period. /Tolga Akmen/AFP

Hugo de Jonge, the Netherlands' health minister, has said the country's partial lockdown may continue beyond mid-January. Loosening measures would only be possible, he added, if the number of infections did not continue at a faster rate.

The government is also considering the possibility of extending the Christmas school holidays. Almost all age groups are now less likely to test positive for the virus, except for young people under 20. In nearly all cases, they get infected at school.

The number of hospitalized COVID-19 patients has been decreasing steadily for three weeks. However, the reproduction, or R, number has risen above one again, meaning the virus's spread has not stopped.

On Tuesday, there were 3,979 positive tests in the Netherlands, considerably fewer than the day before, with 5,214 new cases. 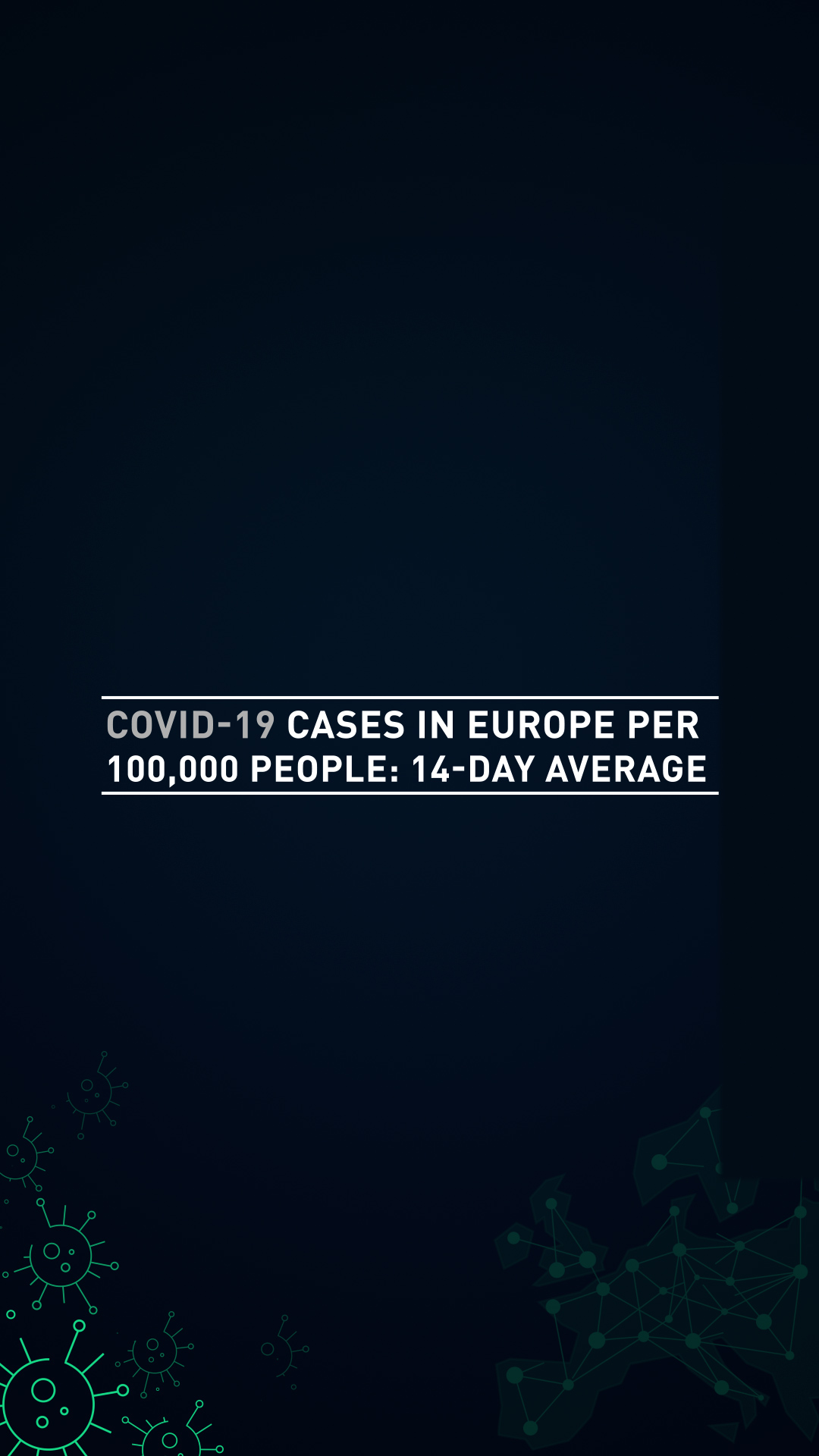 French President Emmanuel Macron has laid out a detailed description of the government's plans for how and when to bring the country out of the second nationwide confinement imposed to try to control the second wave of coronavirus infections.

In another televised address to the nation, he said that from Saturday, non-essential shops such as clothing stores, hairdressers and bookshops will be able to reopen. The personal distance limit will be extended – instead of only being allowed to go 1km from home for an hour, people in France will now be able to travel up to 20km for a period of up to three hours.

If the number of infections is under 5,000 new cases a day on December 15, then the national lockdown will be lifted. Macron said it will not be a total relaxation of all restrictions, however, as a 9 p.m. to 7 a.m. curfew will then be imposed, except for on December 24 (Christmas Eve) and December 31 (New Year's Eve).

It was bleak news for the hospitality sector as cafes, bars and restaurants will have to stay closed through mid-January.

Macron also spoke about a COVID-19 vaccine, saying the first doses of an approved jab will be administered to the most vulnerable from the end of December. 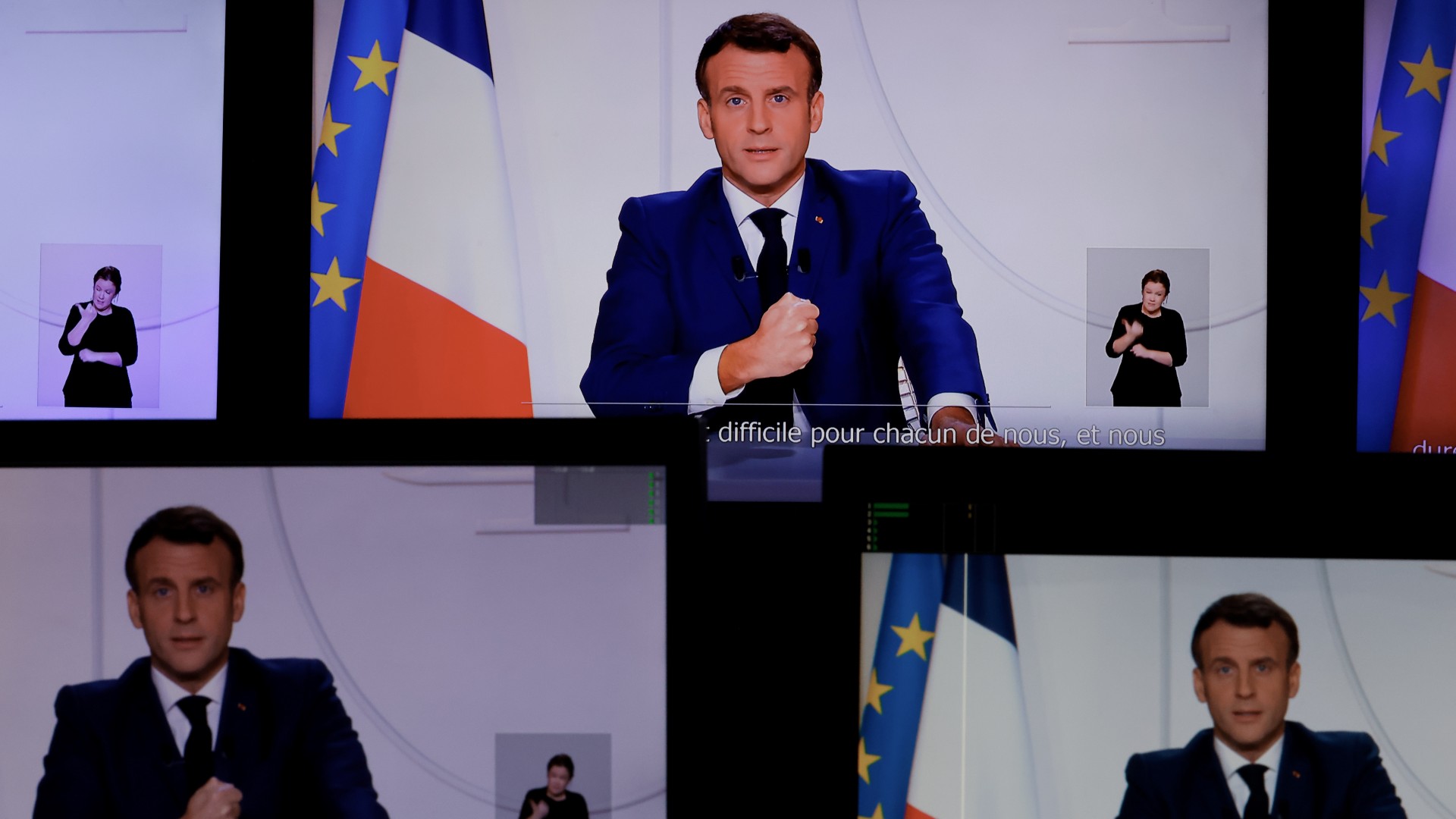 Brussels will sign off on a contract with Moderna on Wednesday to buy up to 160 million doses of its promising COVID-19 jab. Last week, the U.S. pharmaceutical company said preliminary results from clinical trials showed the vaccine to be almost 95 percent effective in preventing an infection.

This marks the sixth deal Brussels has clinched, giving Europe a potential stockpile of close to 2 billion shots, which is more than enough to cover the bloc's 450 million population.

All vaccine candidates require approval from the European Medicines Agency, which could happen as soon as next month.

Belgium's Prime Minister Alexander De Croo confirmed the country will receive its first shipment of COVID-19 vaccines before the end of the year. Healthcare workers, those over 65 and people with underlying health conditions will be first in line for the jab. It's still unclear which of the vaccine candidates will be the first to reach Belgium.

Meanwhile, average new daily infections fell to 3,142 last week, significantly lower than the record high of 22,210 reached a few weeks ago. But some health experts say the numbers aren't low enough to justify a relaxation of lockdown measures. The government will meet on Friday to discuss next steps and, with neighboring countries easing theirs for the holidays, pressure is mounting for Belgium to do the same.

Every member state will receive it at the same time on a pro-rata basis
-  Ursula von der Leyen, president of the European Commission, on the EU's vaccination contract with Moderna

There's a clear downward trend to COVID-19 numbers in the UK, with 27.6 percent fewer infections this week compared with last. Deaths from the disease are still increasing, with a 4 percent rise over the past seven days.

For five days over Christmas, three households of any size will be allowed to gather and all travel restrictions will be lifted. However, the measures include government pleas for caution and warnings from scientists of the potential damage those five days could cause.

Rishi Sunak, the finance minister, delivers his annual spending review in the House of Commons today at a time when public sector borrowing has climbed above $266 billion.

New figures show the government spent $12 billion more to secure protective equipment at the start of the pandemic than if it had already stockpiled in advance. 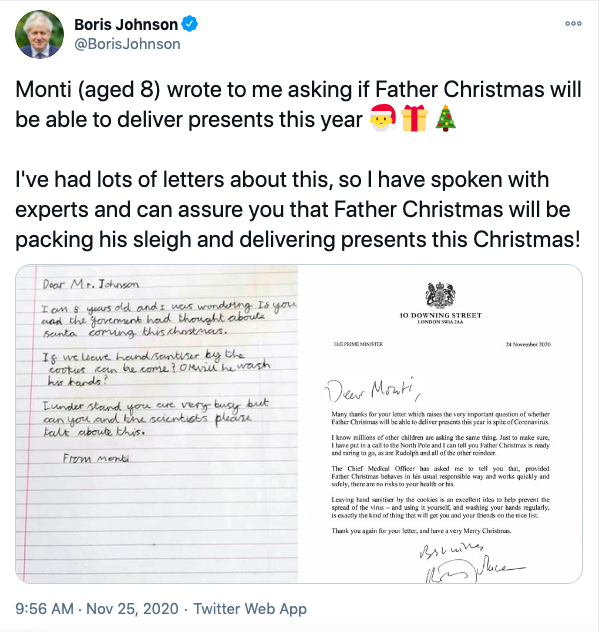 UK Prime Minister Boris Johnson has replied to an eight-year-old, who sent him a letter asking if Santa Claus would still be able to deliver presents during the pandemic. /Twitter screenshot

UK Prime Minister Boris Johnson has replied to an eight-year-old, who sent him a letter asking if Santa Claus would still be able to deliver presents during the pandemic. /Twitter screenshot

The latest data from Germany's Robert Koch Institute indicate there have been 18,633 new COVID-19 cases. There have also been 410 deaths – a new daily record.

It's against that backdrop that Chancellor Angela Merkel met with Germany's 16 state premiers today. The main item on the agenda is the extension of the month-long lockdown. It's expected the group of leaders will agree to extend measures well into December, as health experts say infection rates aren't falling fast enough.

However, it appears likely special exemptions to the rules might be made for Christmas, whereby the maximum number of people allowed to gather would increase, so families can see each other over the festive period. 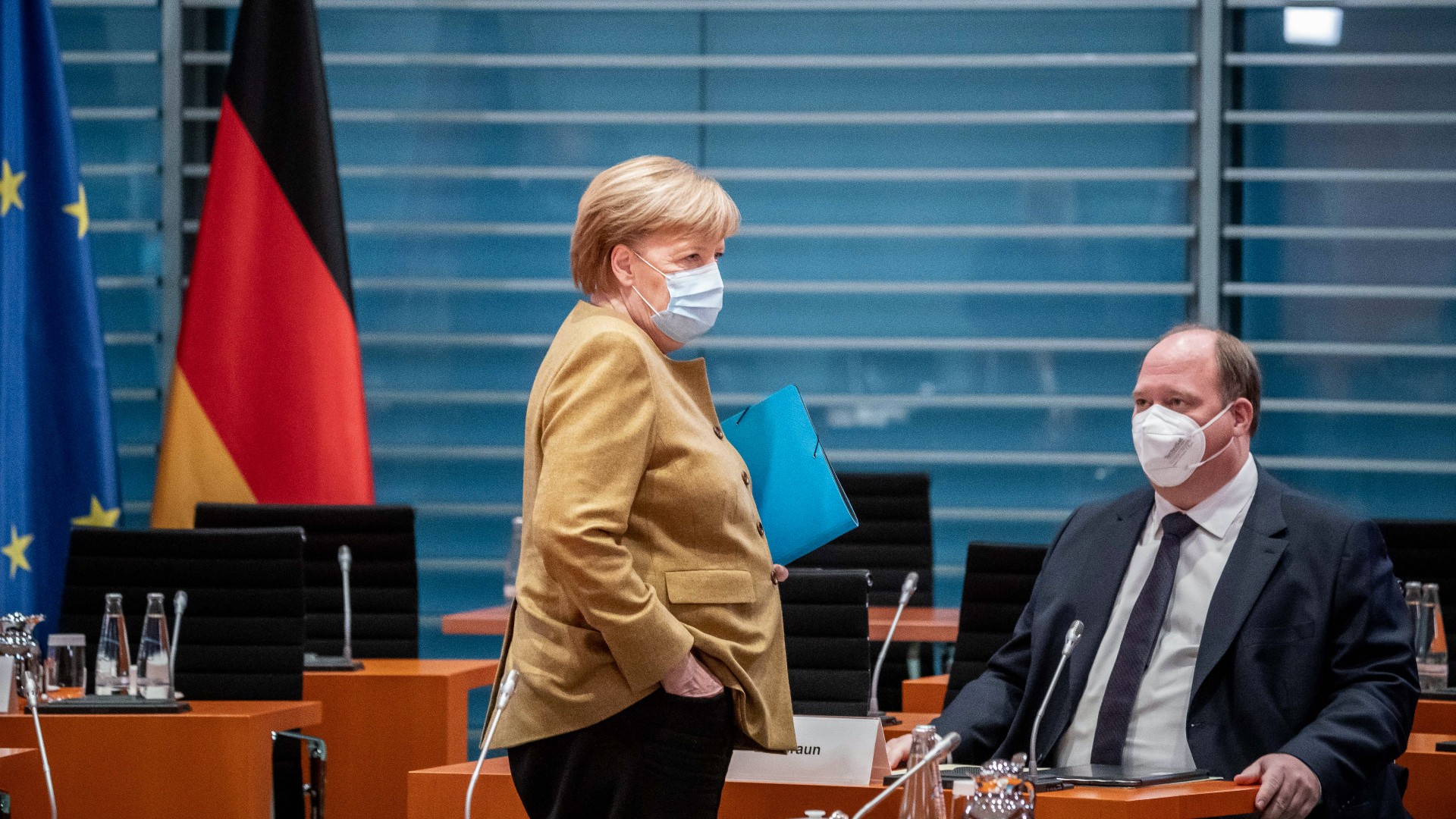 Hungary continues to register around 4,000 new COVID-19 infections every day, with 3,929 additional cases being announced, taking the total number of people currently in hospital with the virus to 7,598.

Police have taken action against a further 294 people for non-compliance with the country's mask-wearing regulations.

Meanwhile, in Poland, the government is offering tax relief, days off work and bars of chocolate to people previously infected with the coronavirus who come forward to donate blood plasma.

Certain treatments for COVID-19 patients use "convalescent plasma" taken from those who have recovered from the virus but whose blood still contains antibodies. Blood donation centers have issued appeals for people to come forward.

Italy's Prime Minister Giuseppe Conte says a decline in the rate of COVID-19 infection in the country's second wave is a positive sign as he reviews restrictions for the Christmas period.

In the past 24 hours there were 23,232 new cases of the virus, which is down from this month's peak of above 40,000 in a single day. However, the death toll remains high, with 853 fatalities reported yesterday.

In a bid to curb the virus's second wave, different restrictions have been imposed across the regions, named red, orange or yellow zones, according to the contagion rate and hospital resources. The region of Lombardy remains the worst affected.

The government will review the new rules on December 3.