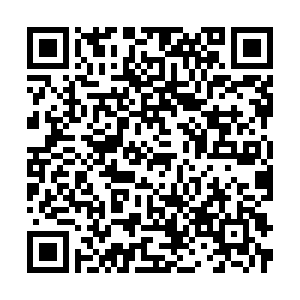 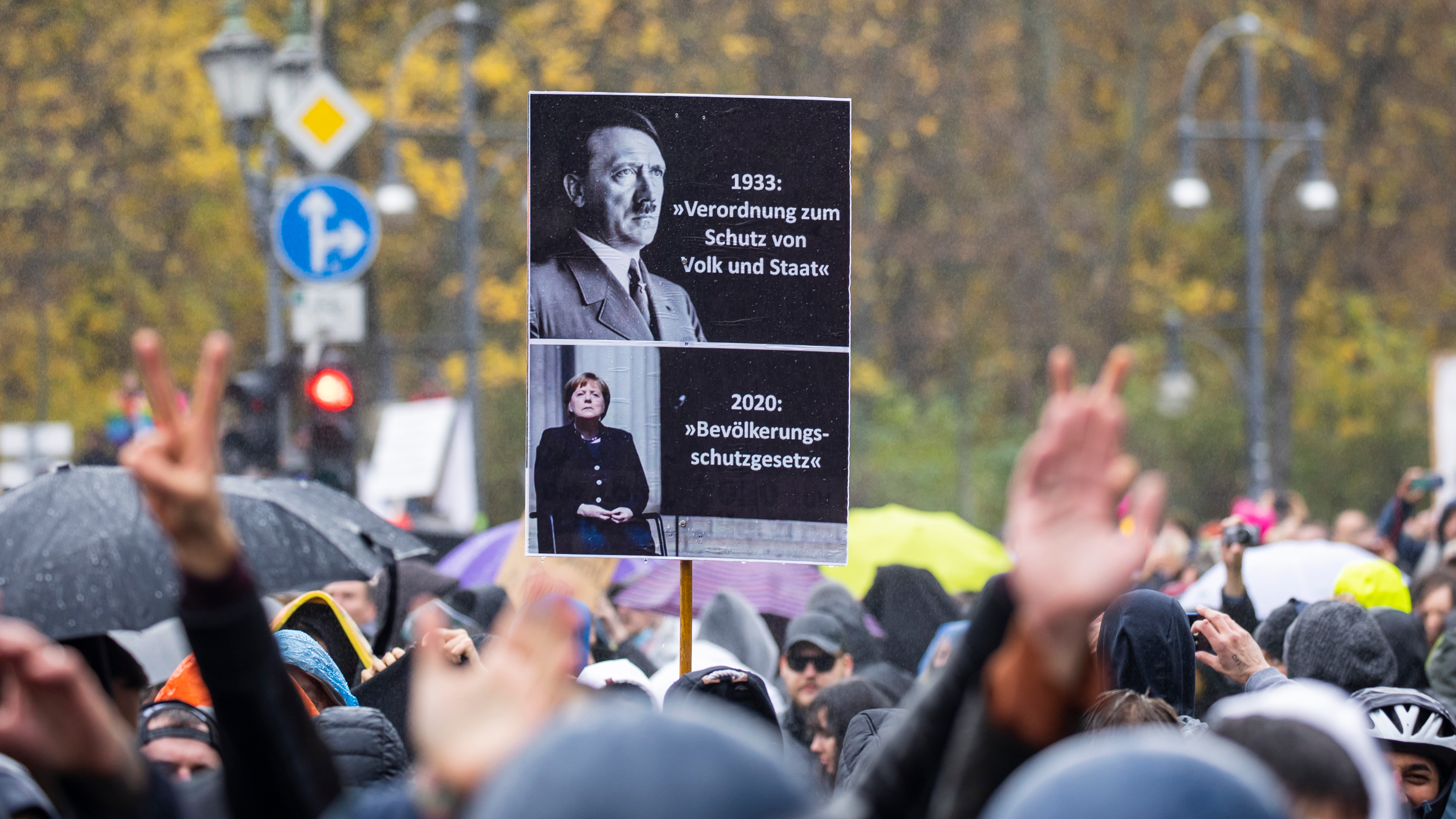 There have been demonstrations around Germany complaining at the restrictions. Emmanuele Contini/NurPhoto/Getty

There have been demonstrations around Germany complaining at the restrictions. Emmanuele Contini/NurPhoto/Getty

German Foreign Minister Heiko Maas has slammed anti-mask protesters who compared themselves to Nazi victims, for trivialising the Holocaust and the courage of resistance fighters.

There have been demonstrations throughout Germany over coronavirus restrictions with a new lockdown imposed for November.

During a protest in Hanover, a woman took to the stage and said she felt "just like Sophie Scholl," the German student executed by the Nazis in 1943 for her role in the resistance.

A video of the speech has already been viewed more than a million times on social media, with many sharply condemning the speaker.

"Anyone today comparing themselves to Sophie Scholl or Anne Frank is making a mockery of the courage it took to stand up to the Nazis," Maas tweeted.

"It trivialises the Holocaust and shows an unbearable forgetting of history. Nothing connects the corona protests with the resistance fighters. Nothing!" 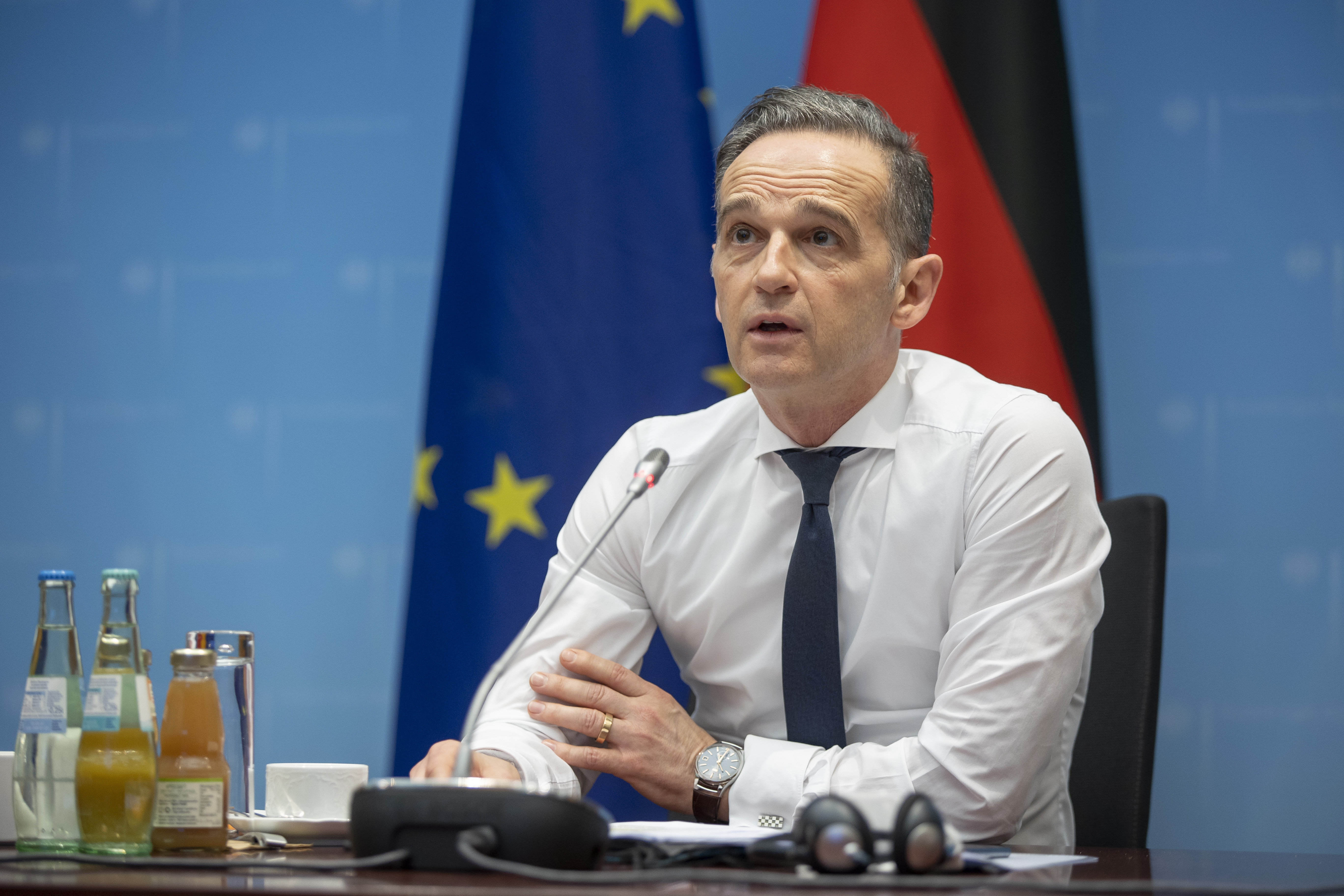 Heiko Maas has said that comparing restrictions to the Nazi era is trivialising the Holocaust. Thomas Imo/Photothek/Getty

Heiko Maas has said that comparing restrictions to the Nazi era is trivialising the Holocaust. Thomas Imo/Photothek/Getty

In the clip, a steward is seen interrupting the woman on stage to hand over his orange high-visibility vest, saying her words amounted to "minimising the Holocaust".

"I'm not working security for such nonsense," he is heard saying before being escorted away.

The woman, who identified herself as Jana, 22, then bursts into tears before dropping her microphone and leaving the stage.

In another incident last week, a girl, 11, addressed an anti-mask demo in the western city of Karlsruhe, likening herself to Jewish teenager Anne Frank because she had had to celebrate her birthday quietly to avoid the neighbours hearing that they had invited friends over.

Frank, whose diary written while in hiding in the Netherlands has been read by millions, was eventually betrayed and perished in Bergen-Belsen concentration camp in 1945.

The comparison drew outrage, with Karlsruhe police calling it "inappropriate and tasteless."

Germany has long prided itself on confronting its Nazi past and acknowledging its "eternal responsibility" for the Holocaust, in which six million Jews were murdered.

The far-right AfD party has in recent years however challenged Germany's remembrance culture, with senior figures openly calling for the country to stop atoning for Nazi crimes.

Government measures introduced to halt the spread of the coronavirus have triggered large protests in Germany, drawing in people from the far-left, conspiracy theorists and right-wing extremists who claim the curbs infringe on their civil rights. 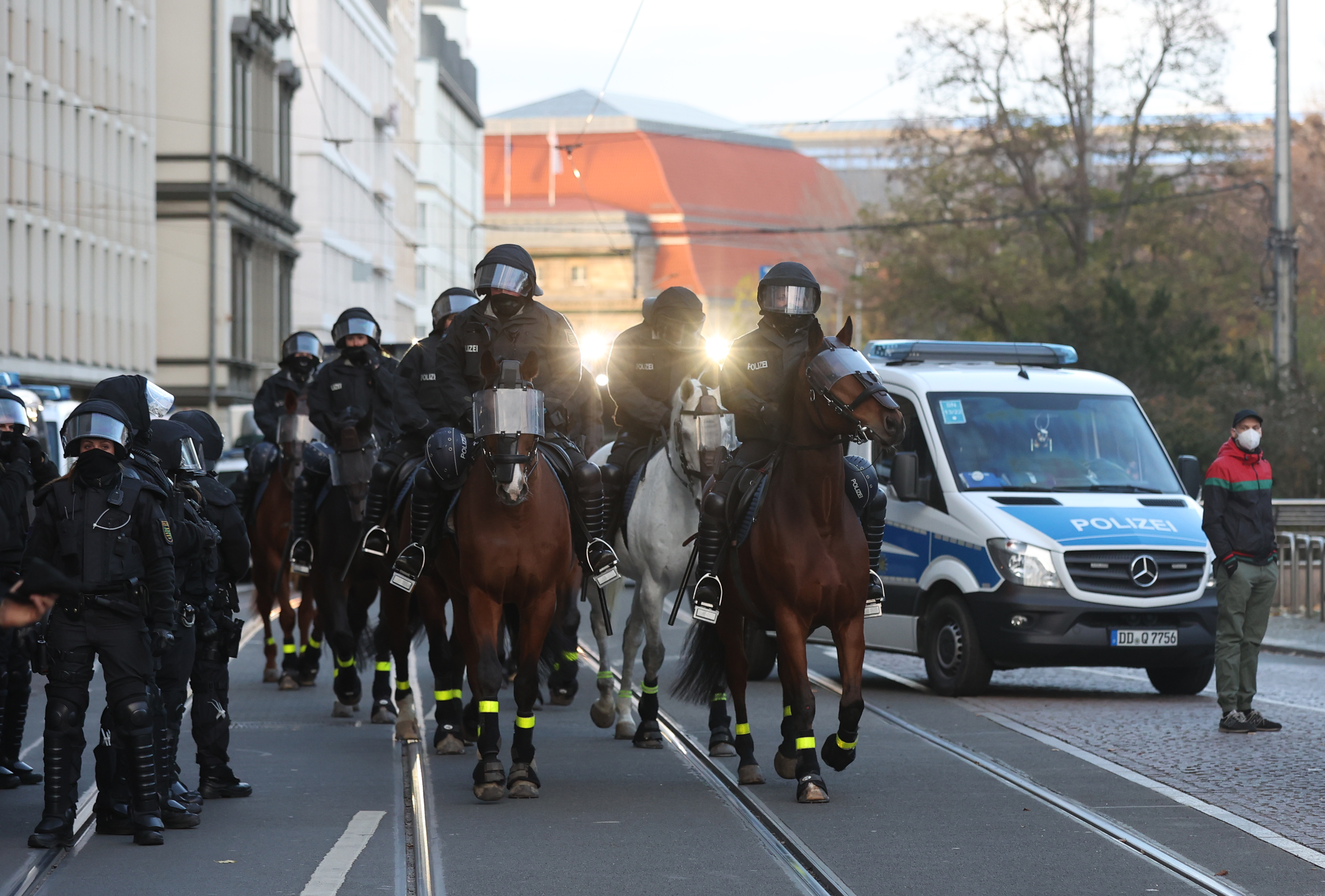 Protests have seen extremists join in who are angry at the curbs on their civil rights. Ronny Hartmann/AFP

Protests have seen extremists join in who are angry at the curbs on their civil rights. Ronny Hartmann/AFP

Several hundred people gathered in Berlin on Sunday for another anti-corona protest, a smaller turnout than expected.

Germany's restaurants, bars, leisure and cultural centres have been ordered to close for the month of November to halt a rapid rise in infections, while schools and shops have been allowed to stay open.

Chancellor Angela Merkel and the leaders of Germany's 16 states on Wednesday will decide if tougher measures are needed in the run-up to Christmas.

Finance Minister Olaf Scholz told the Bild daily on Sunday that the current restrictions "will likely have to be extended for some time."