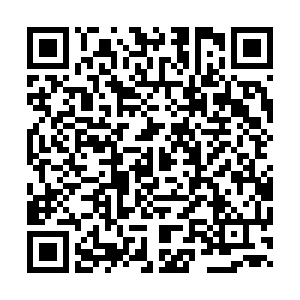 - The European Commission has warned Hungary against using Russia's COVID-19 vaccine, stoking further tensions after the country, alongside Poland, vetoed the bloc's coronavirus recovery plan earlier in the week.

- Spain's Catalonia region will allow bars, restaurants, gyms and cinemas to reopen from Monday, gradually easing some of its restrictions, although a night-time curfew remains in place.

- European and U.S. regulators could approve Pfizer and BioNTech's vaccine as early as mid-December, the German firm's CEO has said, following its successful trial results.

- Portugal's President Marcelo Rebelo de Sousa will ask parliament to back a 15-day extension of a state of emergency imposed to combat the coronavirus.

- Czechia's parliament voted to extend its state of emergency until December 12 .

- The EU's Brexit negotiator Michel Barnier has suspended trade talks with his British counterpart David Frost after one of his team members tested positive for the coronavirus.

- French retailers are open to the idea of postponing "Black Friday" discount shopping sales by a week, with a nationwide lockdown scheduled to come to end on December 1 as new cases and hospitalizations continue to drop.

- Turkey is set to sign a contract within days to purchase at least 20 million doses of a China's Sinovac Biotech vaccine, the health minister has said, adding that the government was also in discussions about doses from Pfizer and BioNTech.

- The UK government has announced a $397.11 million "winter survival package" to help sport through the pandemic, with rugby set for the biggest share but nothing for top-level soccer and cricket.

- Sweden should rethink its decision not to recommend face masks amid the country's second wave, the Royal Academy of Sciences, the body that awards the Nobel prizes, has said.

- England will need five extra days of lockdown measures for each day relaxed over the Christmas period, a senior government health adviser has warned.

- Fresh lockdowns in Europe are avoidable, including through near-universal mask-wearing, the head of the World Health Organization's Europe office said on Thursday.

- A mutated strain of the coronavirus coming from mink farms in Denmark is "most likely" extinct, Denmark's health ministry has announced, following a legally questionable cull that led to the resignation of the country's agriculture minister. 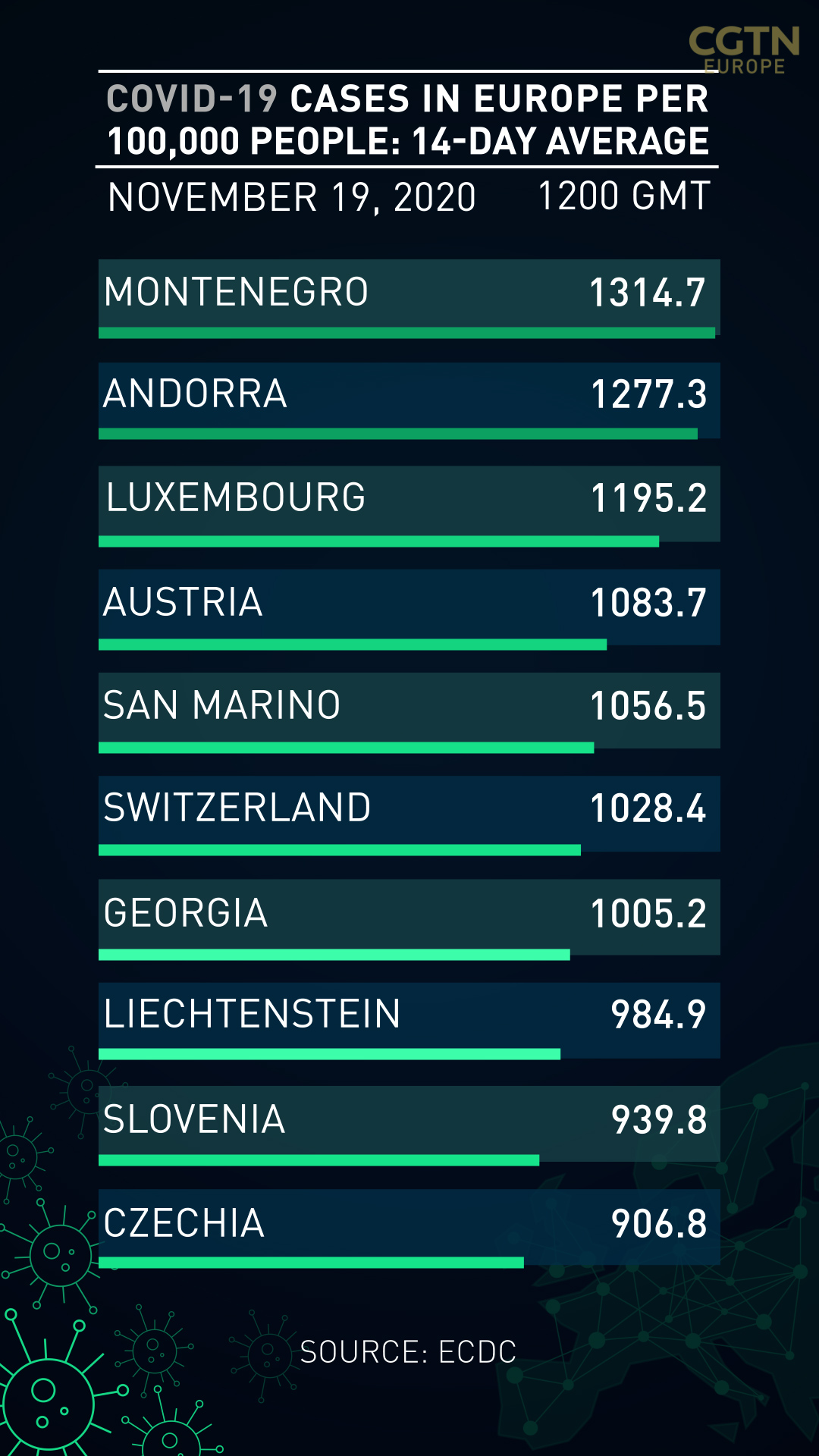 France has recorded a a drop in the number of patients in intensive care for the second consecutive day. A "reinforced health protocol" is being negotiated between the government and businesses to allow the reopening of "non-essential" businesses, possibly from Monday November 22, which would be a week before the current planned end to the second nationwide lockdown in place.

The retail sector has been petitioning the government to relax the rules for non-essential shops to allow Christmas shopping to begin. But the finance minister said: "If you ask me if next Friday is a good date to have Black Friday, I say no." Bruno Le Maire has asked businesses to postpone the famous discount day.

The French education minister has come under fire from hundreds of school principals for criticism of the government's efforts to keep schools open during the second lockdown. Around 1,000 school directors sent an identical letter titled "Call of 18 November" to Jean-Michel Blanquer for failing to deliver protective equipment and extra resources.

Germany's Robert Koch Institute has reported 22,609 new coronavirus cases. It's another worryingly high number and represents a 3 percent increase compared with this time last week. It's also the third-highest total reported for the whole pandemic. There have been 251 deaths recorded, with concerns growing about the falling number of available ICU beds.

This news comes as Germany's health minister has tried to rally fellow lawmakers to continue to support pandemic-related restrictions. Speaking in parliament, Jens Spahn said: "This is about being able to better control the virus. Personal protection rules, reducing contacts, more testing and better medicines, all these strong steps will help us control the virus until we get a vaccine."

The University of Oxford coronavirus vaccine produces a strong immune response in adults in their 60s and 70s, its latest trials have found. It's the fourth vaccine to announce positive results in recent days, with the UK government securing orders of 10 million doses if and when it goes into production.

The UK recorded 19,602 new coronavirus cases on Wednesday. The numbers are high but dropped by 442 from Tuesday and are down more than 3,000 since last week, with some optimism this might be because of the lockdown.

The government has yet to decide public measures for the Christmas holiday, with speculation about separate households forming bubbles, or a short window of relaxed restrictions. A stricter, adapted tier-system after December 2 is also a possibility.

European regulators could approve the Pfizer and BioNTech vaccine as early as mid-December. /Tolga Akmen/AFP

European regulators could approve the Pfizer and BioNTech vaccine as early as mid-December. /Tolga Akmen/AFP

Brussels' coronavirus curfew will be extended by more than a month until mid-December, with a government spokesperson describing infection rates in the Belgian capital as "concerning."

The 10 p.m. to 6 a.m. curfew was imposed in late October to run until November 19. A formal decision on the extension will be taken on Thursday.

The city region registered more than 400 daily new infections according to data released on Wednesday. Nationally, the daily case numbers have fallen below 5,000, with 478 daily hospitalizations.

It comes as Belgium has officially dropped out of the top 10 list of the worst-affected European countries, having held the top position for several days at the end of October. Austria and Luxembourg are now Europe's hardest-hit countries.

New coronavirus infections have been detected in 4,290 Hungarian citizens, which brings the total number in Hungary to 156,949.

The prevalence of infection is significant in Western counties of Hungary, including Budapest, the National Chief Physician said at a press conference on Wednesday.

In what's being called a 'rolling census,' Hungarians are being asked to take part in a daily five-minute mask questionnaire by the Hungarian Academy of Sciences. Questions include levels of conscientiousness in wearing a mask and numbers of people met. It's to provide up-to-date information on Hungarian society's functioning and contact systems.