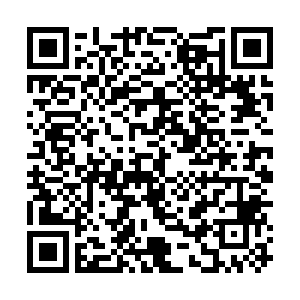 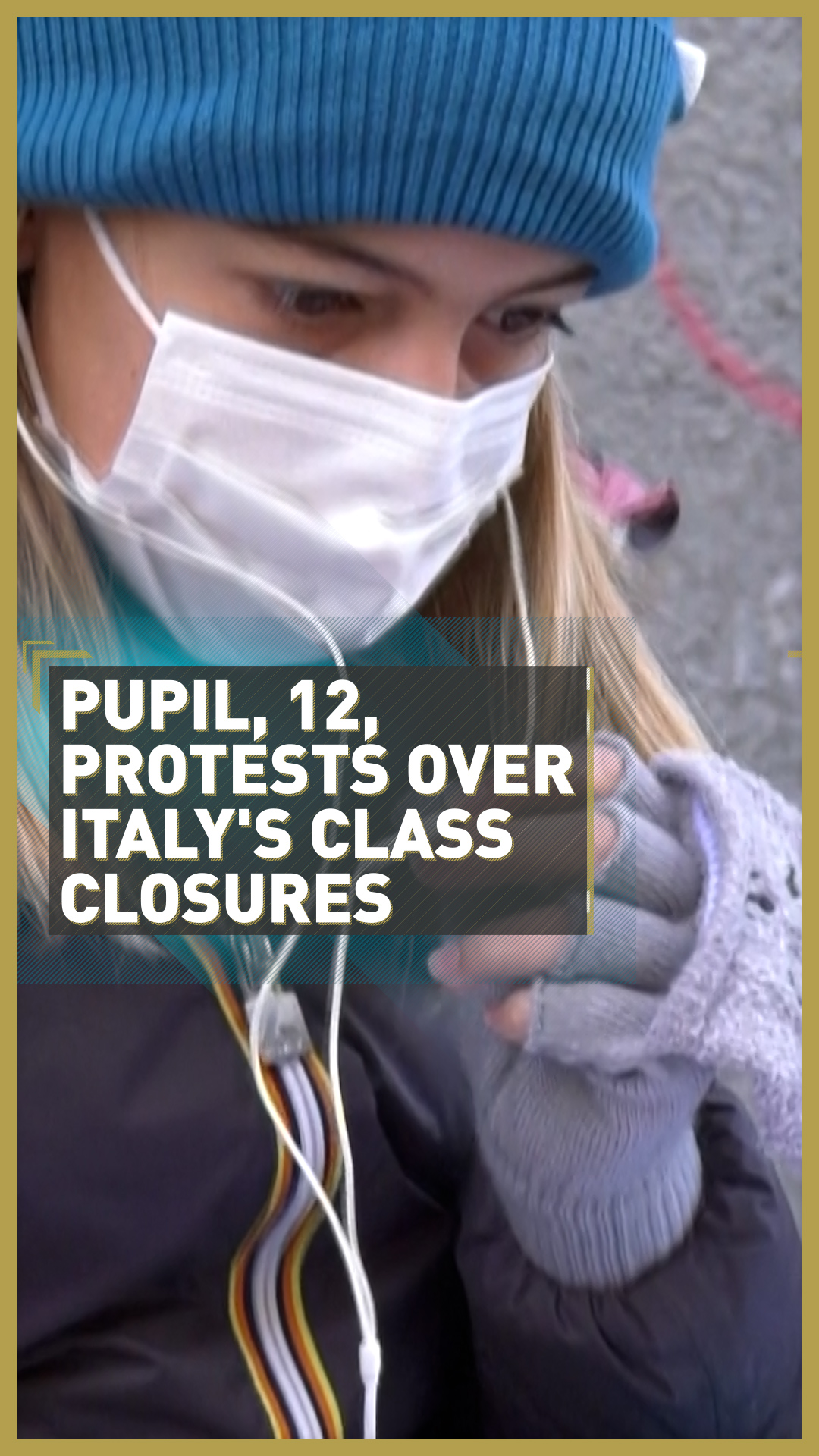 A 12-year-old girl has staged a sit-in protest in Turin, Italy after her school was forced to limit numbers, meaning her age group was unable to attend classes.

Italy has put several regions under "red zone" warnings amid a recent surge in COVID-19 infections. The Piedmont region, which includes Turin, entered the zone on November 6.

In these areas, residents can only leave home for work, health reasons, essential shopping or emergencies, while only pupils in nursery, elementary or the first year of middle-school would be allowed to attend classes in person.

After being told that her age group had to study from home, Anita Lacovelli began studying on the street outside her school.

"When they said the schools would close, I thought I couldn't take another year of distance learning. Being in front of the computer leads you to distraction, and you can't follow the lesson as you would in class," Lacovelli said.

"I miss everything about school: taking classes in person, looking the teachers in the eyes and not through a screen, being with my classmates, waking up in the morning and getting ready to go to school instead of staying at home in my pajamas in front of a computer," she added.

Lacovelli was joined by her mother, Cristiana Perrone, outside the Italo Calvino school to take part in the peaceful protest.

"She didn't really ask, she told me, 'I am going in front of the school.' The morning that I told her the red zone had been established, the schools are closed, she got angry. More than anything else, she couldn't understand why up to sixth grade it was allowed to go to school but that the seventh and eighth graders could not go," Perrone said. 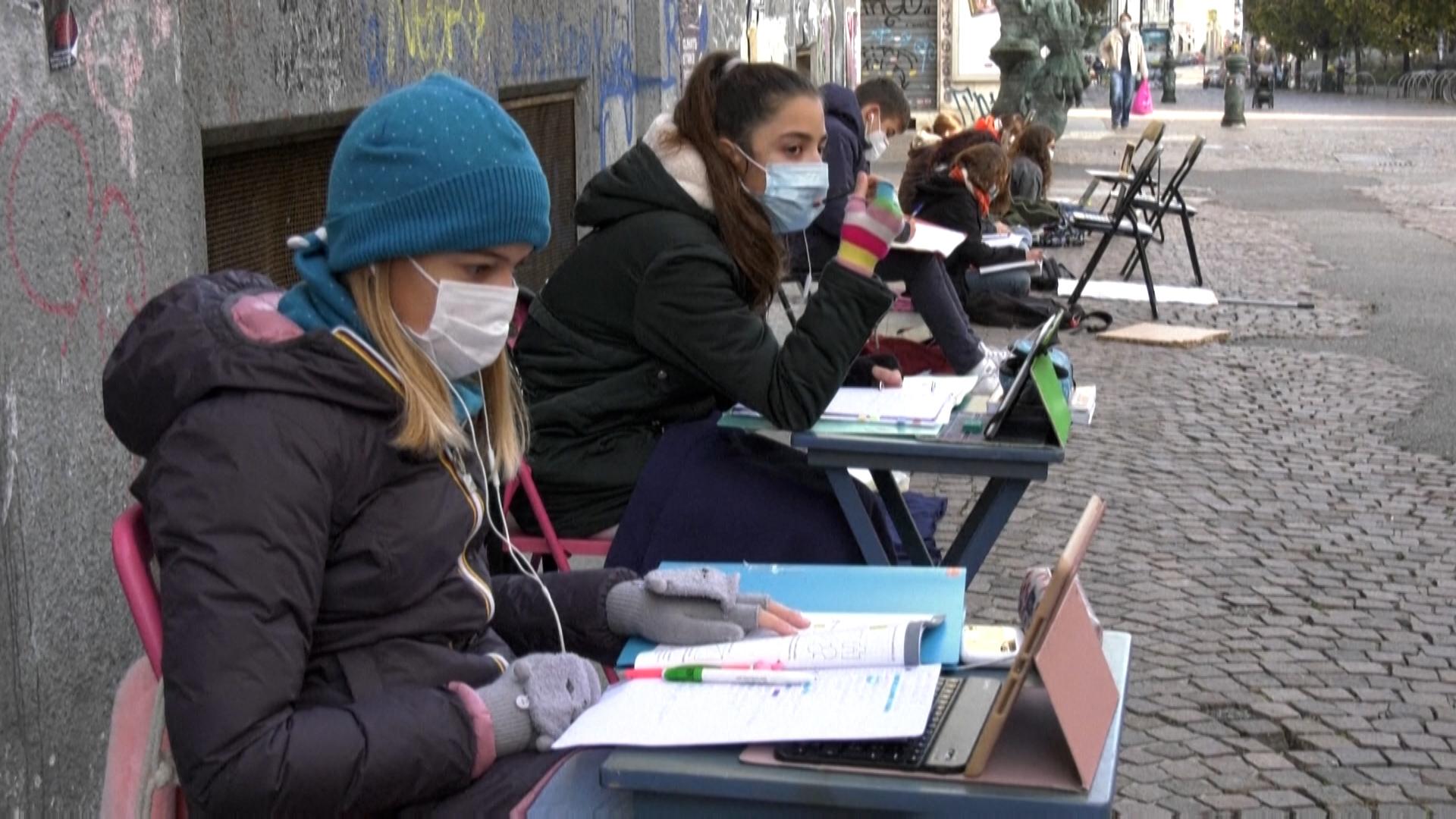 After a few days, Anita Lacovelli was joined by her friend Lisa, along with other students from a nearby school. /AFP

After a few days, Anita Lacovelli was joined by her friend Lisa, along with other students from a nearby school. /AFP

Lacovelli's friend Lisa, who is also 12, along with other students from a nearby school, soon joined the show of defiance that has captured the attention of the government.

"Minister [Lucia] Azzolina called me and congratulated me because she liked my protest and told me that she would do everything possible to open the schools as soon as possible," Lacovelli said.

The aim is that schools will soon reopen for all age groups so that children can enjoy an in-person learning experience again.