The UK government has laid out its vision for a post-COVID-19 effort to tackle climate change and make the country carbon-neutral by 2050.

Writing in British newspaper The Financial Times, Prime Minister Boris Johnson said: "Imagine Britain when a Green Industrial Revolution has helped to level up the country. You cook breakfast using hydrogen power before getting in your electric car, having charged it overnight from batteries made in the Midlands."

The prime minister says he wants trucks, trains, ships and planes running on hydrogen or synthetic fuel and petrol and diesel vehicles taken off the road in the next 10 years, to be replaced with electric cars.

Johnson says the UK will become the Saudi Arabia of offshore wind power. It already tops the world in electricity generated by offshore wind farms, at 11 percent of the national grid.

Simon Birkett from the green advocacy group Clean Air in London, reacted positively to the plan. "It's 100 percent realistic and it's exactly the sort of thing that's needed. It's not enough on its own in the sense that we need regulation and money and skills but it's absolutely the right thing," he said. 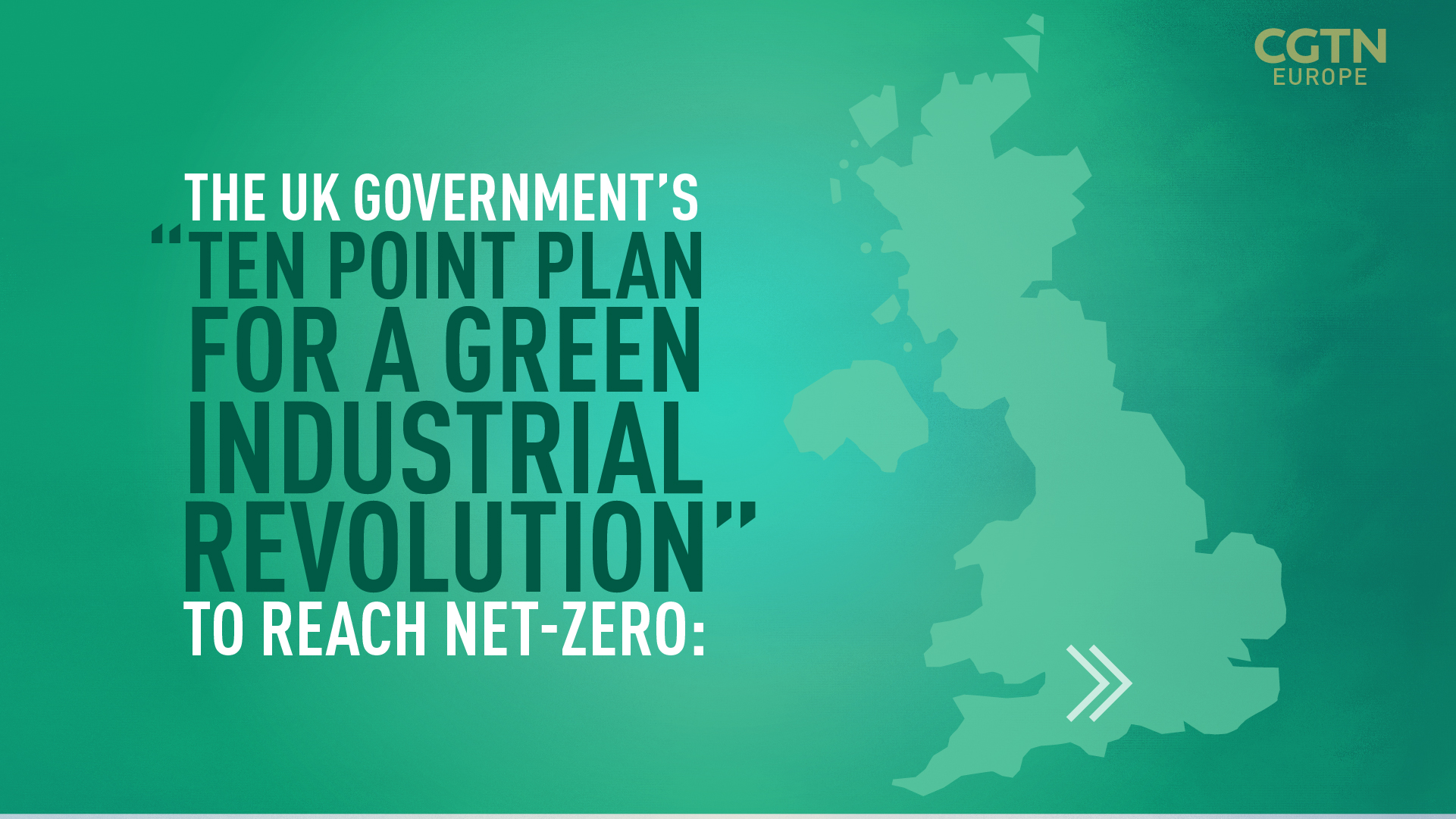 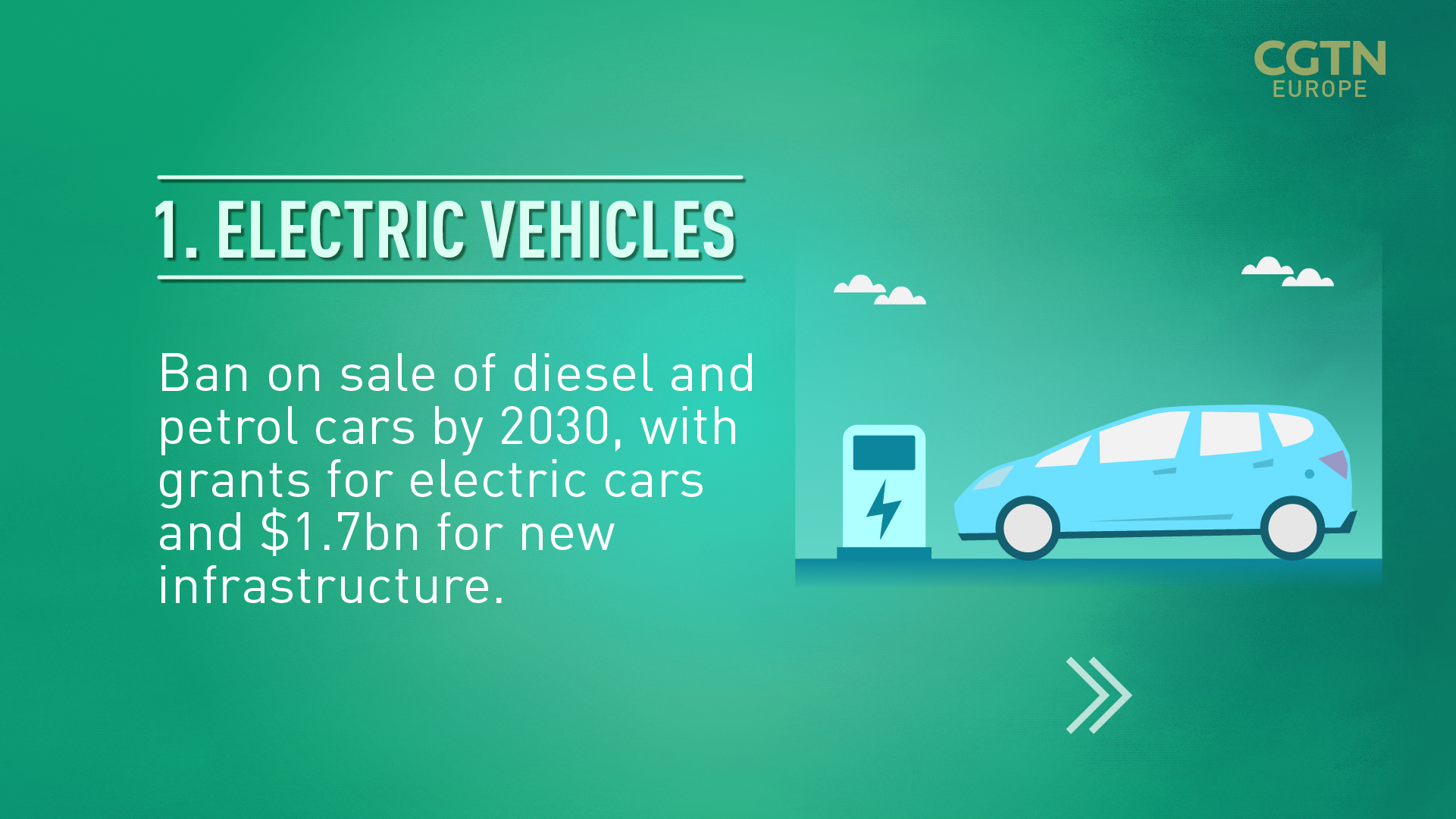 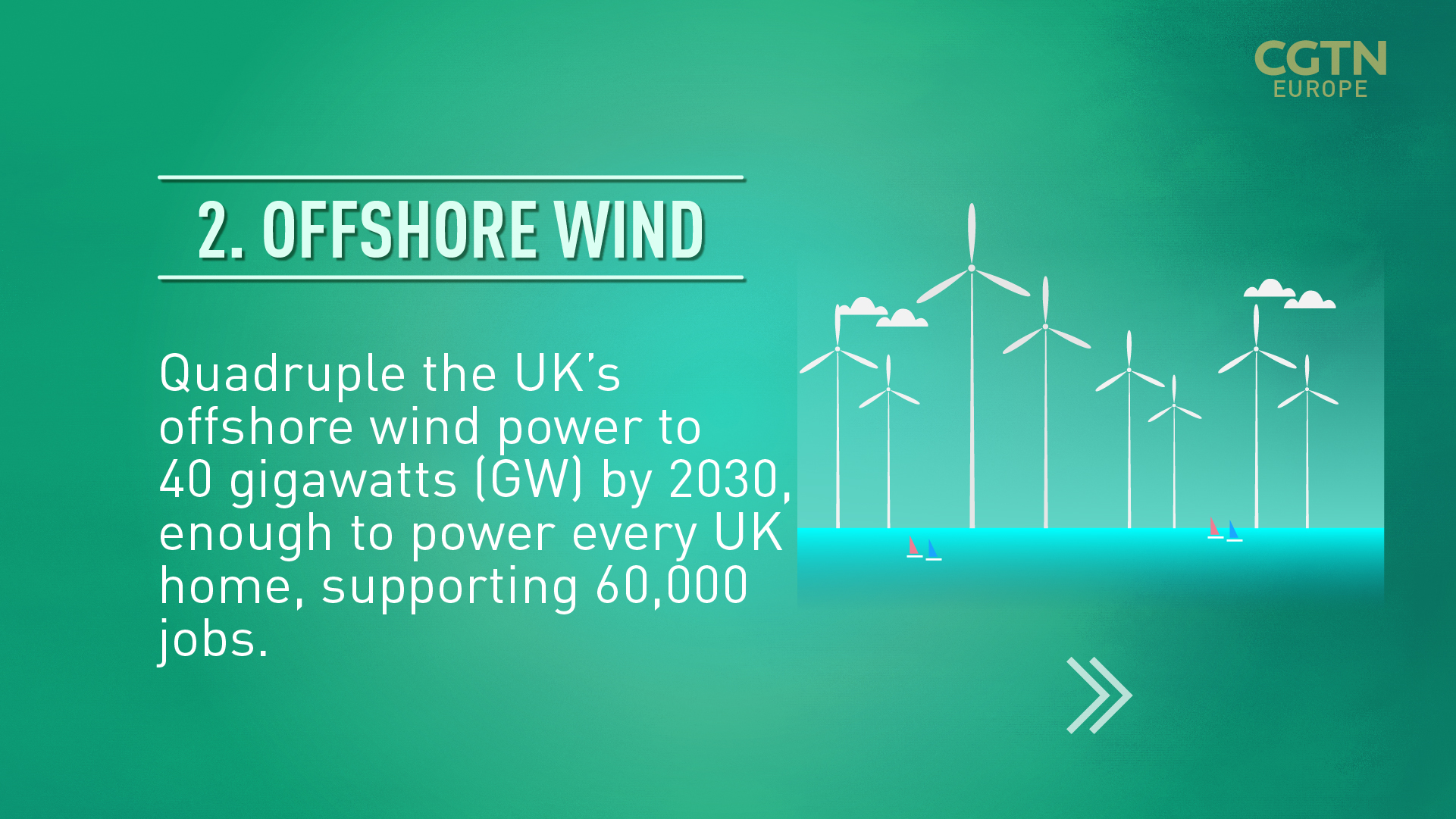 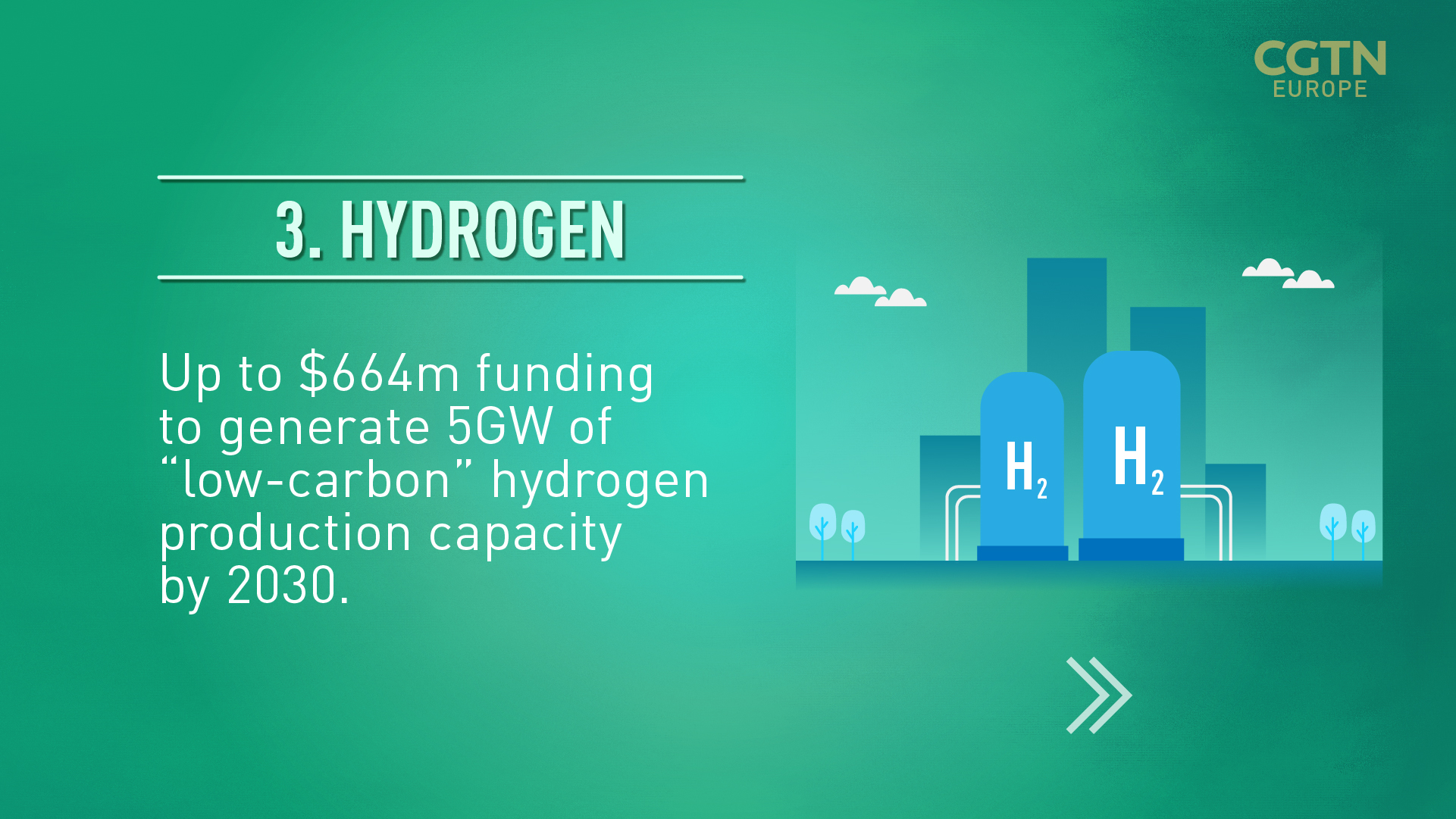 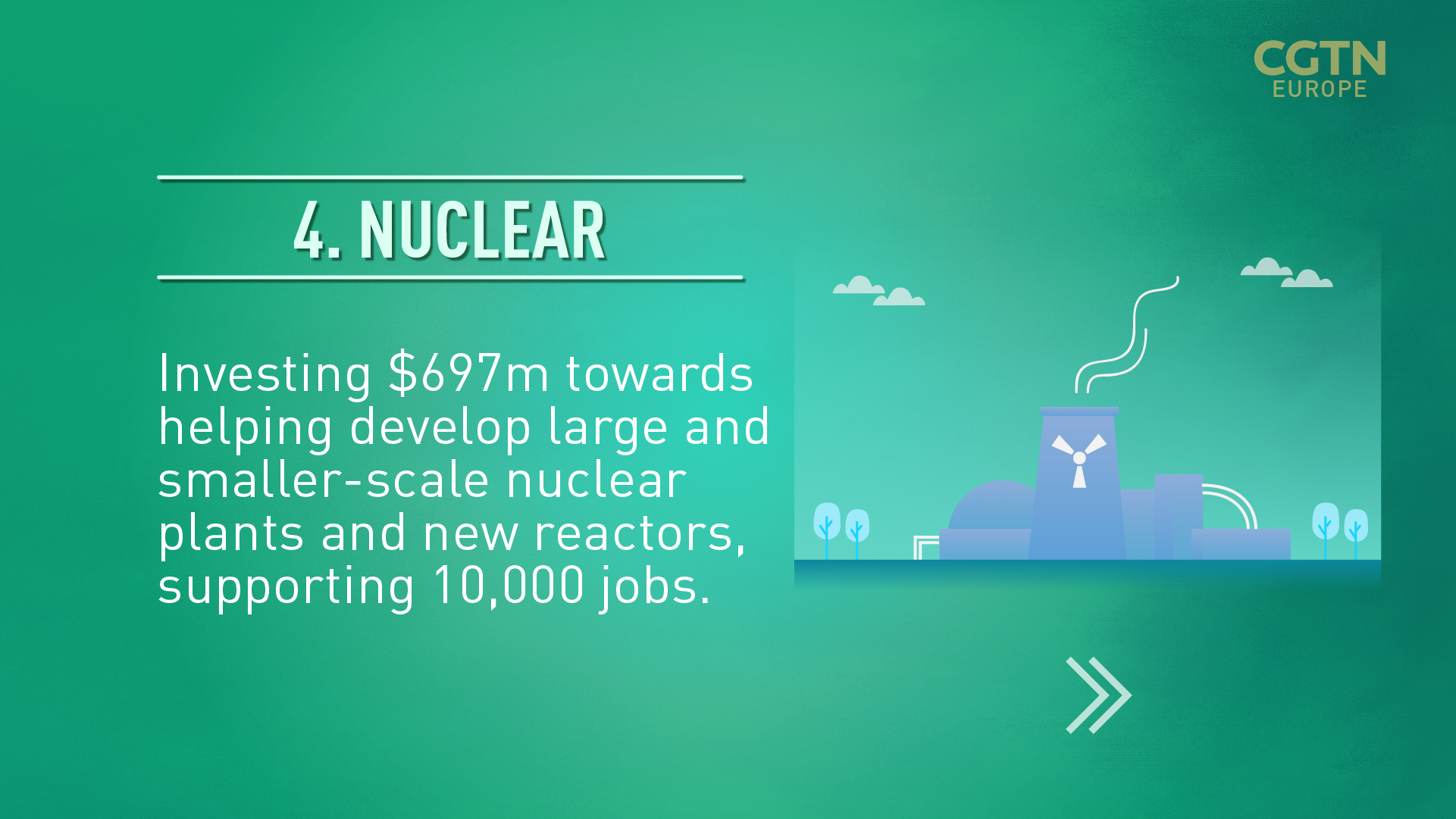 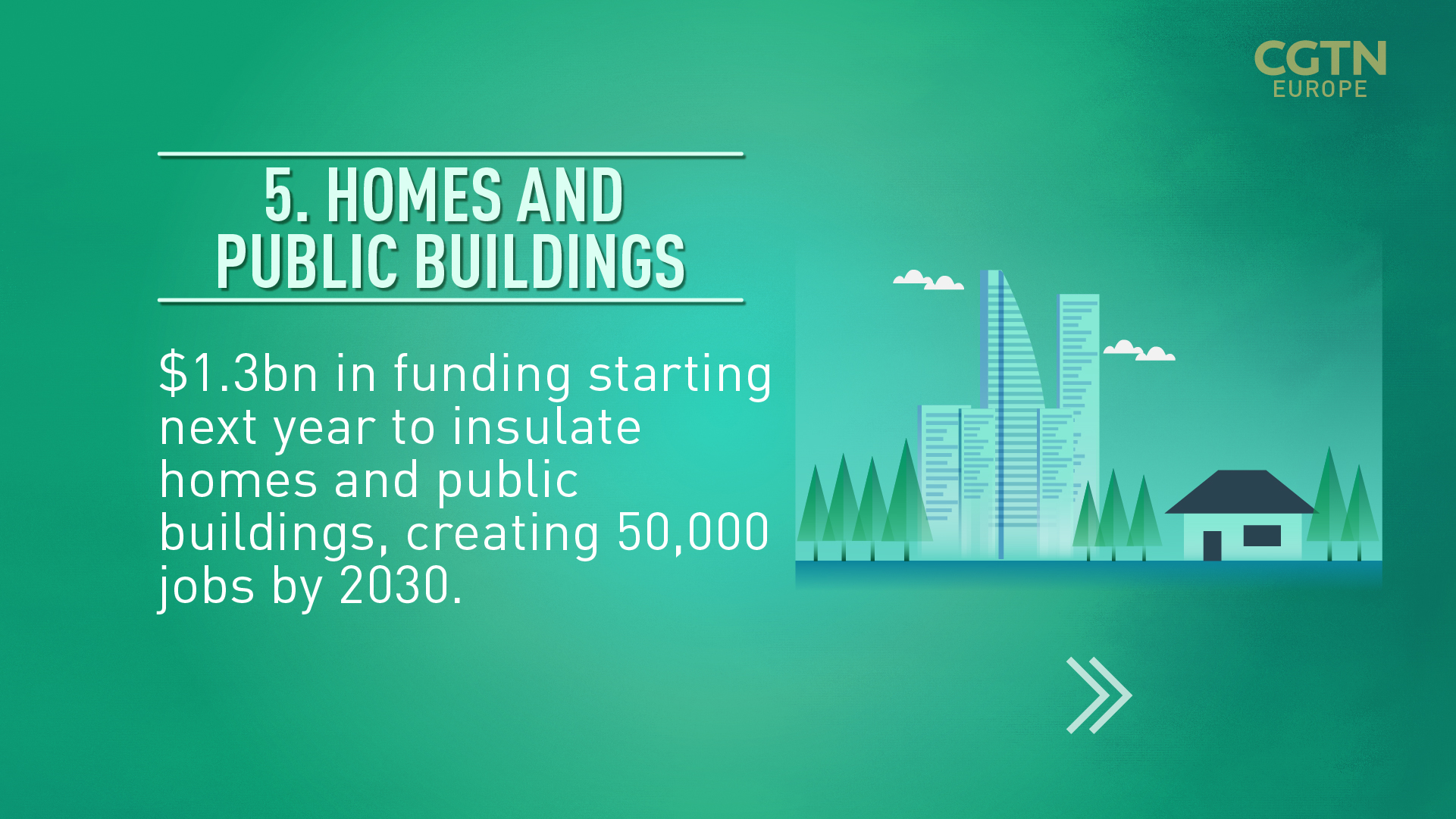 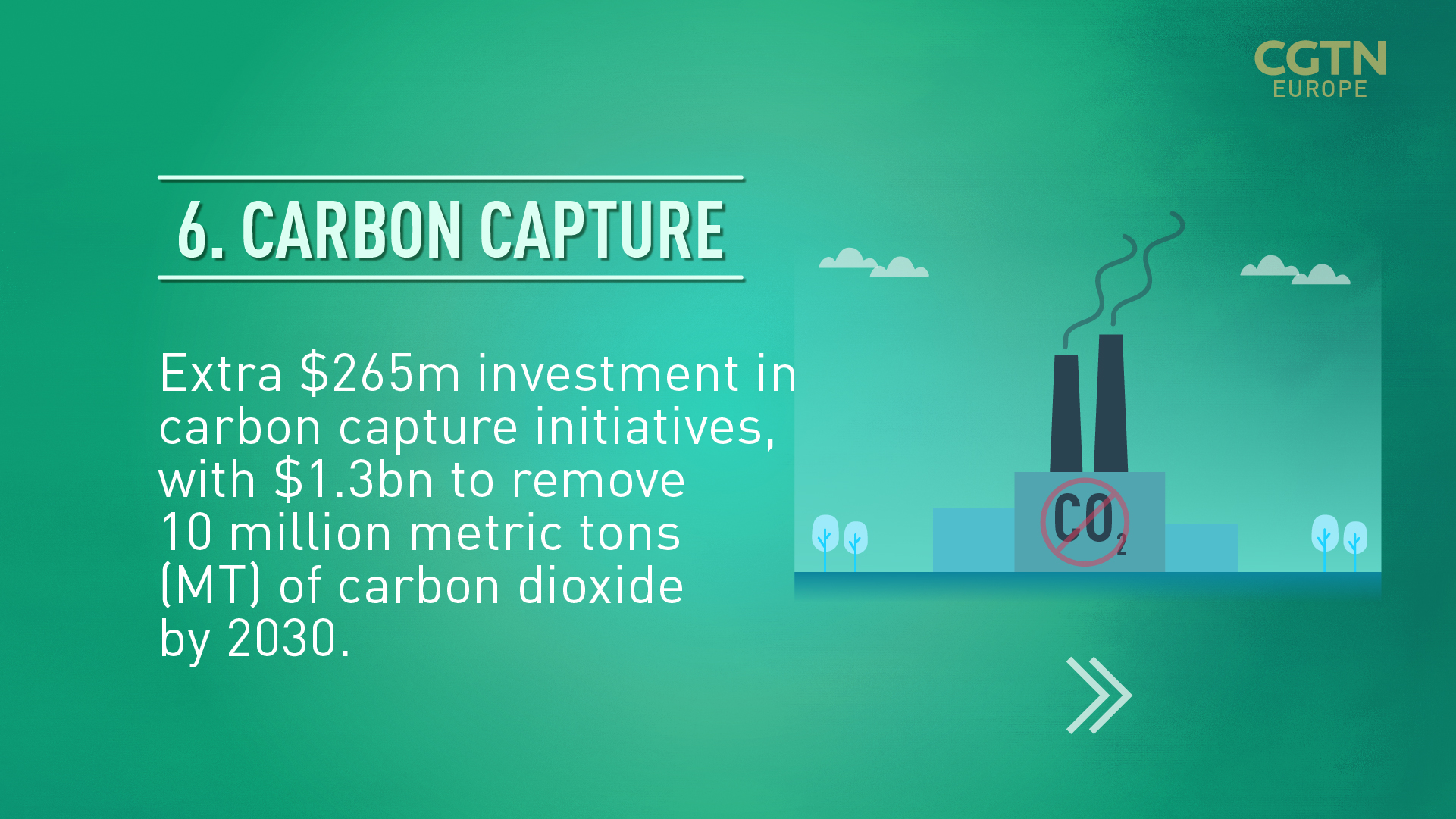 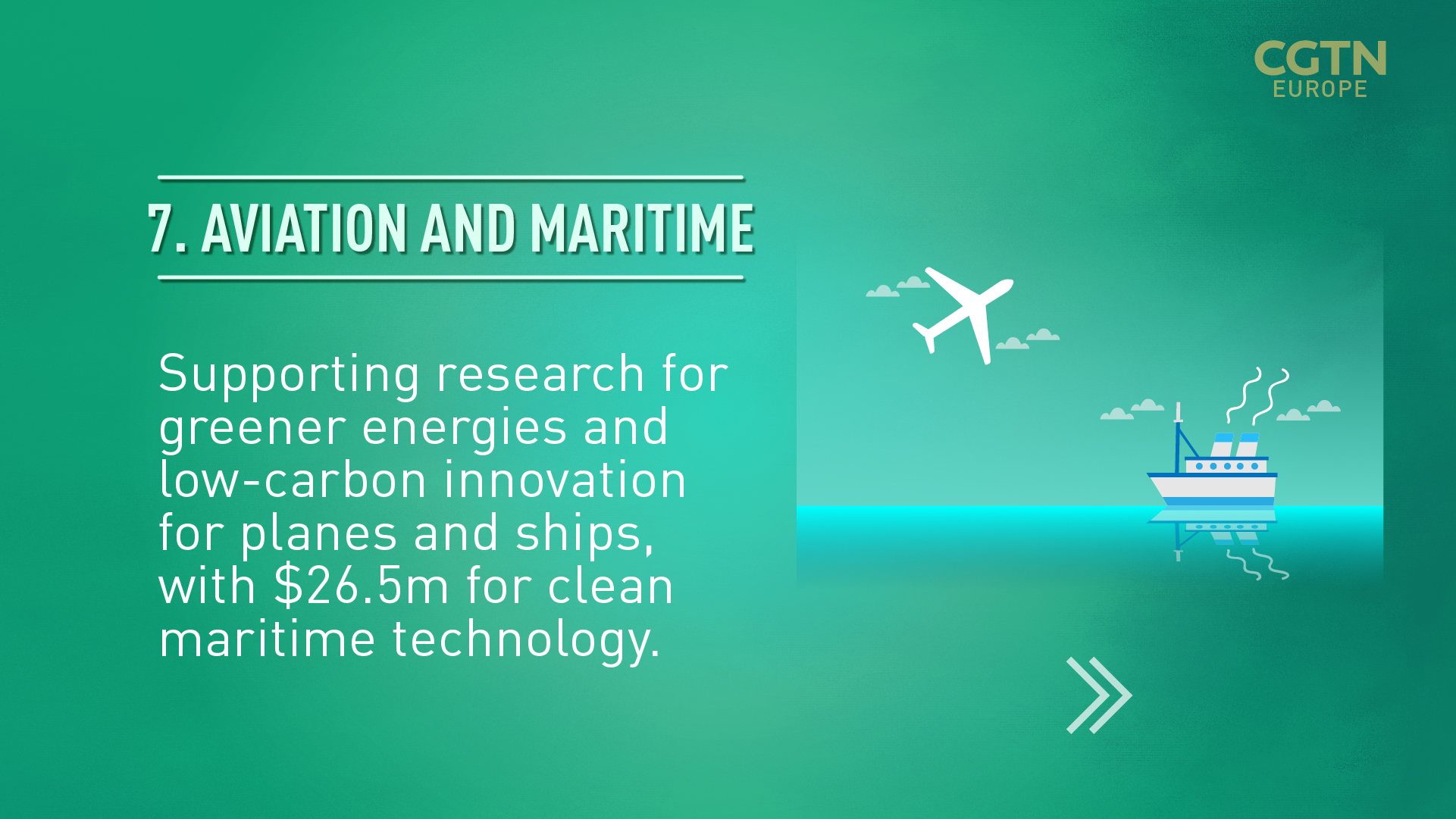 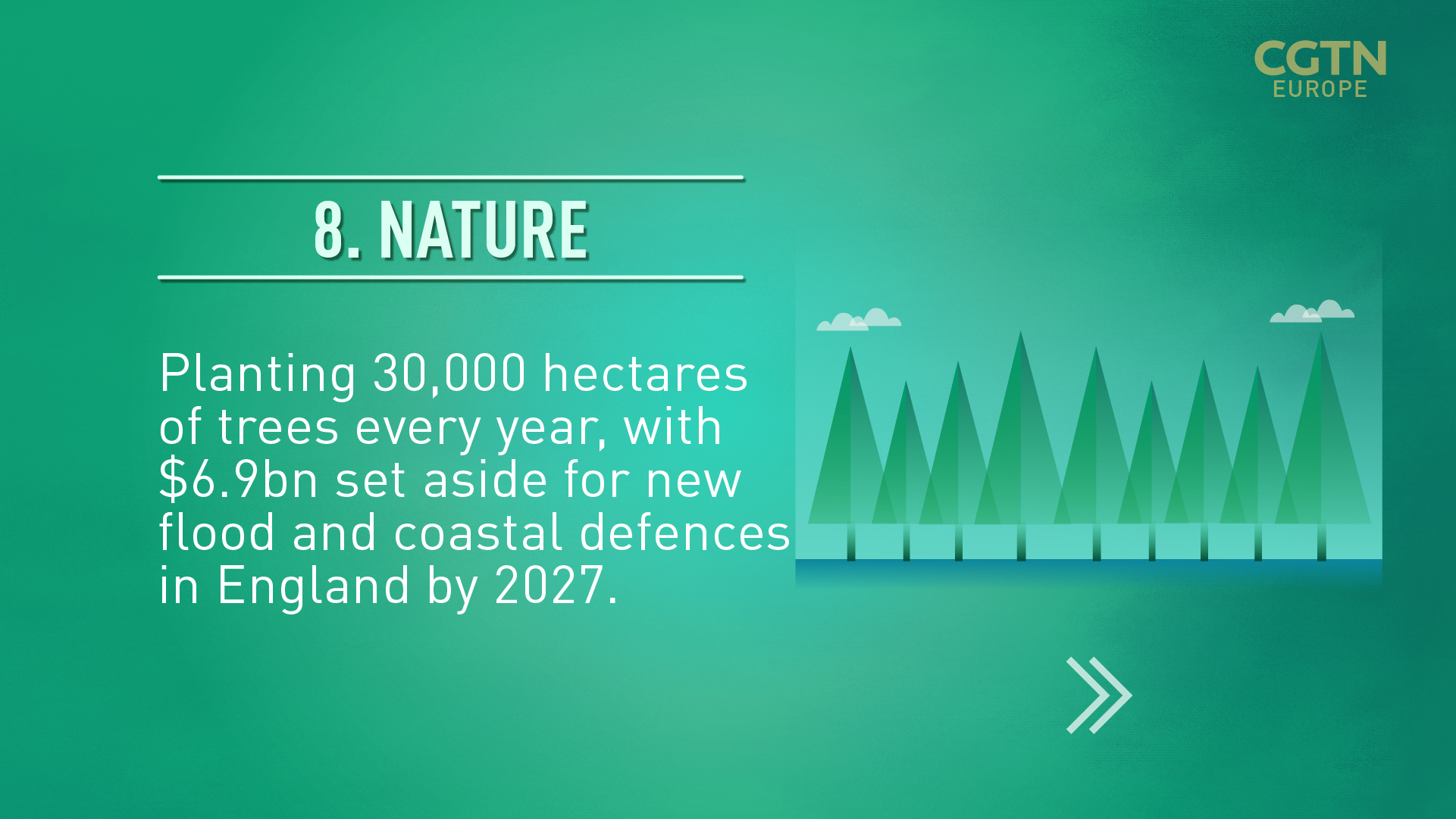 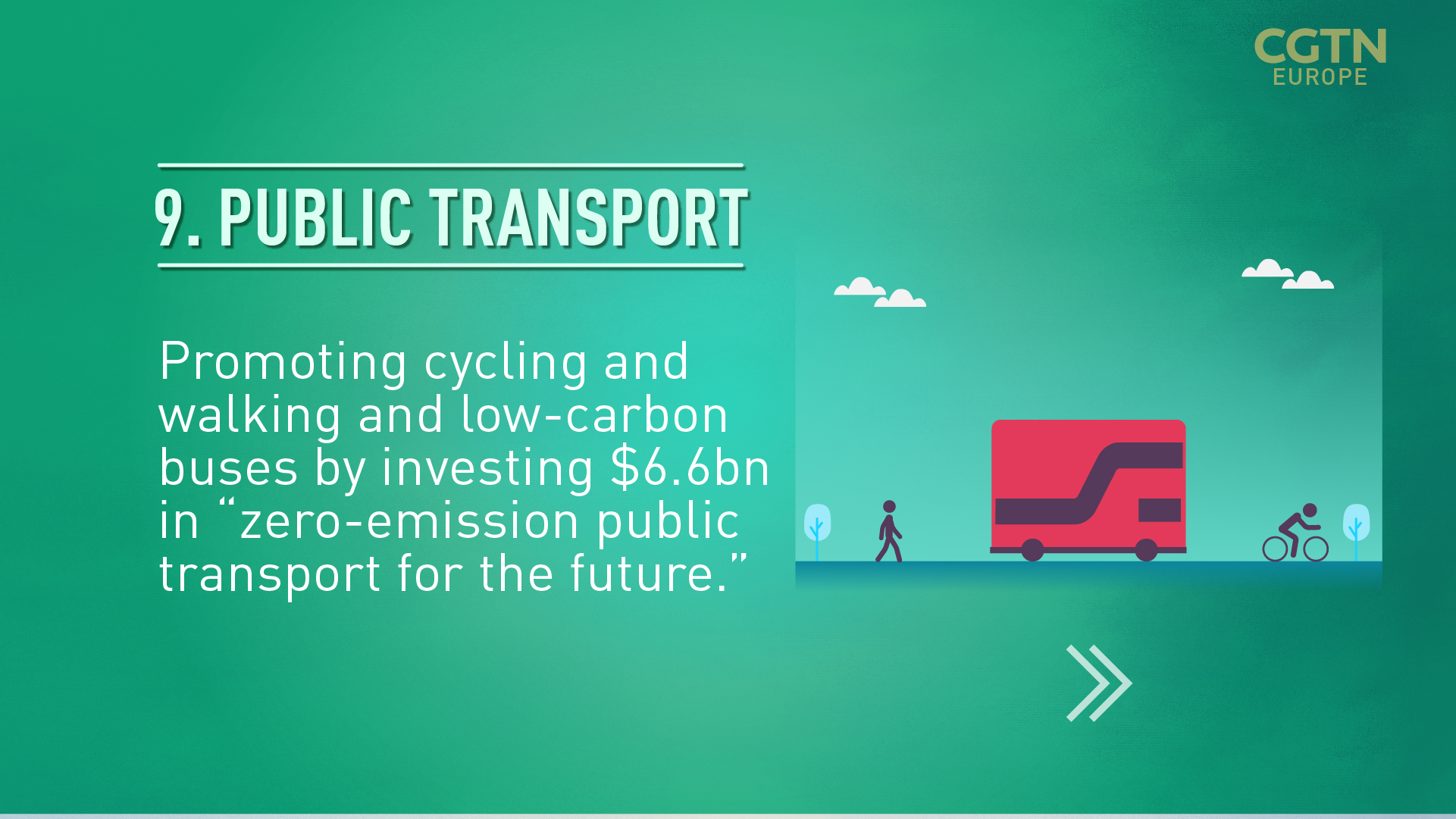 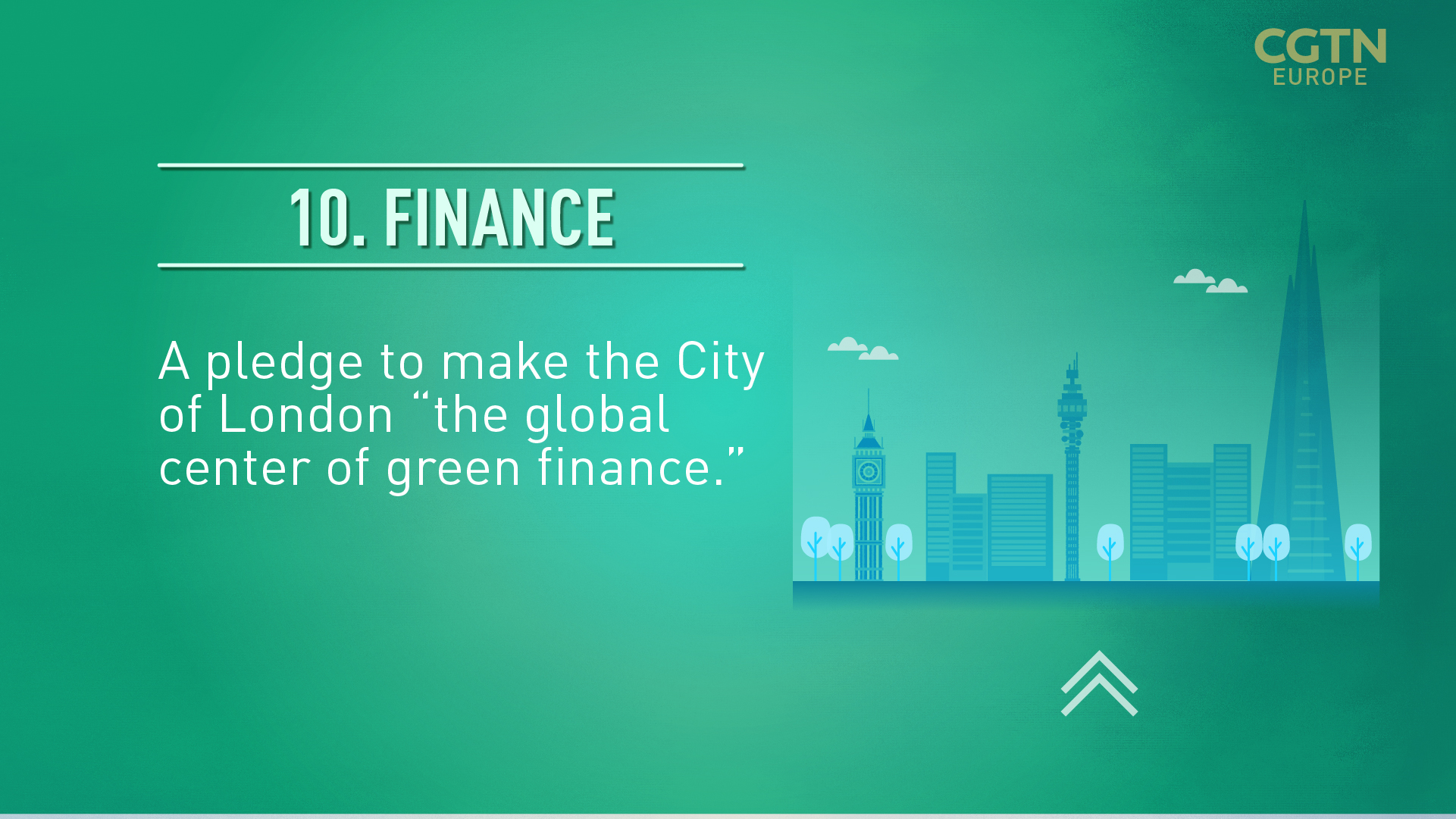 Under the British government's 10-point plan, it says it will spend $16 billion creating 250,000 green jobs, more than $500 million turning water into hydrogen power and another $3 billion on electric vehicles and charging points.

The government wants to plant 30,000 hectares of trees a year and rewild the countryside to fight climate change.

Scotland has Europe's largest peat land, which is slowly being restored. Peat is the world's most effective carbon sink.

In the Flow country's thick dark bog, 400 million tons of carbon is locked away.

"If we don't disturb this carbon and leave the land wet, the bog can hold this carbon for a long time and it's basically cooling the climate," Andersen said.

The UK and the European Union have pledged to become carbon neutral by 2050. The incoming U.S. administration has a similar target, and China aims to do it by 2060.

The British government is trying to set an example ahead of the next round of climate talks, COP26, in Glasgow next year. This year's conference was postponed due to COVID-19.

Not only does the world have global warming to worry about now, but it will also be dealing with the impact of a global pandemic for years to come.