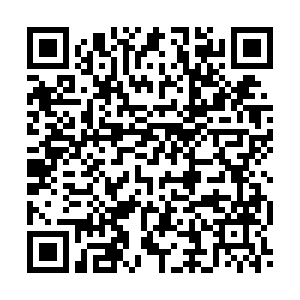 A multi-billion dollar aid package, to help European economies recover from the coronavirus pandemic, remains in limbo after Hungary said it would stand by its objections to the terms of the deal.

In a statement, Prime Minister Viktor Orban claimed the budget disbursements were being used as "a political and ideological weapon" by Brussels to punish countries that have opposed further immigration to Europe by non-EU citizens.

Along with Hungary, Poland has objected to the "rule-of-law mechanism," which ties EU spending to the principal of judicial independence for all member states.

Describing Hungary as "a dedicated follower of the rule of law," Orban claimed the terms being applied to the $890bn recovery fund lacked objective criteria, while also refusing the grounds for appeal to countries who faced sanctions for rejecting them.

Orban said: "In our view, tying economic and financial questions to political debates would be a grave mistake." Hungary's justice minister, Judit Varga, has previously described the mechanism proposals as "ideological blackmail" by the EU.

Hungary and Poland, both formerly part of the Eastern Bloc, have received substantial funds from Brussels since transitioning to free market economies. However, they are under investigation by an official EU process into alleged domestic violations of the rule of law.

The deadlock is likely to top the agenda of the next meeting of the 27 EU heads of state, which will take place virtually on Thursday.

EU ministers, in a meeting on Tuesday, had urged Hungary and Poland to remove their veto but Orban's response on Wednesday indicates that step is unlikely.

Germany's Europe minister, Michael Roth, said after the ministers' meeting that Hungarian and Polish citizens would pay a price, losing out on billions, which both countries needed.

Several proposals have been aired as possible ways forward and will be further discussed at a video conference of EU leaders on Thursday.

They include the possible offer of a declaration from the European Commission that the rule-of-law mechanism will not target specific countries. Poland has already rebuffed this.

Some MEPs have asked if the pandemic recovery package could be taken out of the scope of EU law and set up as an inter-governmental treaty between 25 countries excluding Hungary and Poland.

Another option could be to push through the recovery fund using the "enhanced cooperation procedure," which means it goes ahead without Hungary and Poland.

Also being talked about is the termination of the Article 7 investigations in Hungary and Poland for alleged rule-of-law violations in their own country.

However Dutch Prime Minister Mark Rutte, a critic of Orban, has said the EU will not water down the rule-of-law conditions, and the EU is "a community of values."