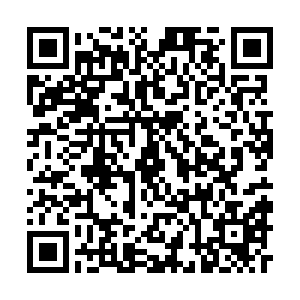 "Our music industry is a key national asset."

Why should you listen to Njoku-Goodwin? Scroll down to today's graph for a closer look at the numbers in UK Music's new report on the effect of COVID-19 on the people making music.

Elsewhere today, there's finally some good news for the aviation industry. Boeing's much-maligned 737 MAX plane has been given regulatory approval to fly commercially by the U.S. authorities, two years after several fatal crashes involving the model.

And the City of London Corporation, the body that runs the "Square Mile" in central London famous for its trading floors, has signed an agreement with French green energy supplier Voltalia worth $53 million. The deal is part of what a spokesperson for the Corporation called an "ambitious climate action strategy."

For more on climate action strategy, read today's interview with Isabel Hilton, CEO of China Dialogue, on another ambitious plan, this time dealing with commercial plastics.

U.S. safety regulators have cleared the troubled Boeing 737 MAX plane for a return to the skies after a "comprehensive and methodical" review into safety procedures. The 737 Max was grounded by the Federal Aviation Authority (FAA) in March last year, after two fatal crashes in Indonesia and Ethiopia left 346 dead.

The flight watchdog says the plane can return to service once computer software updates and pilot training are in place but Europe's aviation authorities are yet to make a similar announcement. Shares in Boeing, which is estimated to have lost $20bn due to the grounding, rose 5.7 percent in pre-market trading after the U.S. announcement.

A multi-billion dollar aid package to help EU economies recover from the coronavirus pandemic remains in limbo after Hungary said it would stand by its objections to the terms of the deal. Prime Minister Viktor Orban claimed the budget disbursements were being used as "a political and ideological weapon" by Brussels to punish countries that have opposed further immigration.

Latest data on the U.S. economy show there are 10 million fewer jobs now than at the start of the COVID-19 pandemic in February. The long-term unemployment rate, termed as claimants who have been out of work for 27 weeks or more, rose by 1.2 million in October to 3.6 million overall. The Congressional Budget office estimates that 5 million Americans will lose access to unemployment benefits, which typically last six months, by the end of the year unless existing support packages are extended.

There is a "dangerous" imbalance of digital power between the EU, and the U.S. and China, European Commissioner Vera Jourova has warned. Speaking at the European Business Summit, the vice-president of the European Commission for Values and Transparency was outlining the work being done by Europe to regulate digital platforms. "We want to decrease the digital gap [the EU] has between the United States and China," she said.

Thousands of solar panels in Dorset, southwest England, could soon be powering offices in the City of London, under a new deal to boost renewable energy in the capital. The City of London Corporation, the governing body for the UK's top financial district, has signed a 15-year deal to buy electricity from a new solar farm, which is planned by the French renewables firm Voltalia. It is hoped the deal will supply half all the electricity consumed in the Square Mile by 2035, along with that in the neighboring markets of Billingsgate and New Spitalfields.

As the UK government announced its plan to ban the sale of all but electric cars in just 10 years' time, both manufacturers and road users' bodies have warned of the "Herculean effort" meeting the target would require.

One of the UK's oldest insurance firms Royal Sun Alliance has agreed a $9.5 billion takeover offer from two overseas rivals. RSA, which is one of the longest-running members of the FTSE 100 list of Britain's top firms, has agreed a cash offer from Canada's Intact Group and Denmark's Tryg. RSA underwrites insurance policies for some of the UK's top commercial brands. Current chair Martin Scicluna says the values of the existing RSA business will be preserved under the terms of the new ownership.

Anglo-Dutch food giant Unilever says it hopes to achieve sales of $1 billion from plant-based food over the next five to seven years, as consumers continue to eschew meat and dairy products in favor of healthier and more sustainable options. Unilever, which owns brands including Ben and Jerry's ice cream, Hellmann's mayonnaise and Lipton teas, says it hopes its new meat-free label, The Vegetarian Butcher, will help power sales, along with more dairy-free options for existing brands. The firm says it's also introducing new measures aimed at halving food waste by 2025, five years ahead of previous targets.

Norwegian Air has asked for bankruptcy protection under Irish law, as it attempts to restructure its debt and avoid administration. Norway's government previously rejected the airline's requests for more state aid, which prompted the airline to seek financial and legal help.

WATCH: An Olympic fencing champion has become a delivery rider to earn some money during the pandemic. 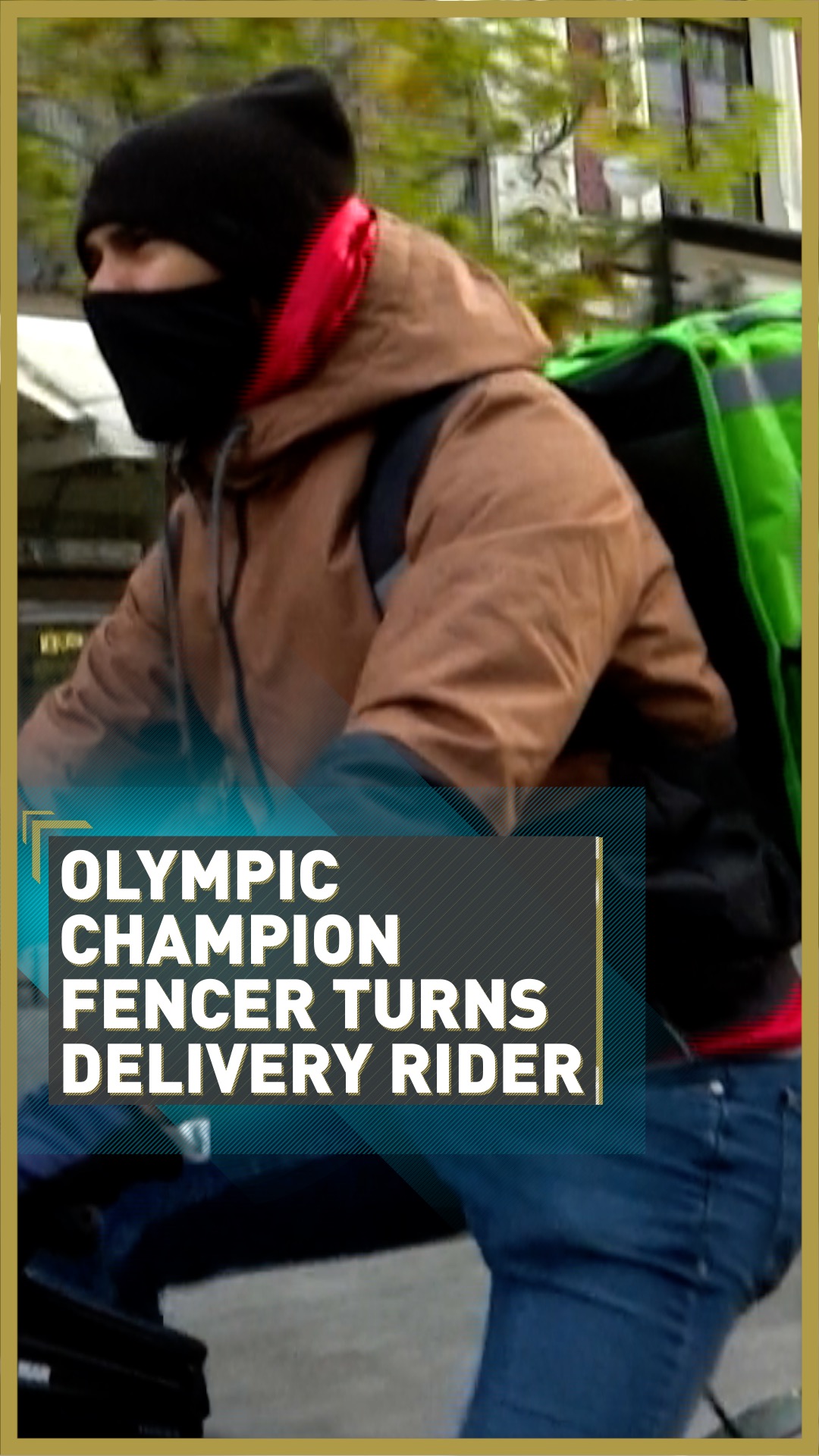 CGTN Europe spoke to Isabel Hilton, CEO of China Dialogue, about China's plans to stop the use of single-use plastics by 2025.

Do you think the plans are realistic?

I think it would be pretty challenging.

I think what is probably more likely to happen is that there will be an impressive drop in single-use plastics, but it'll be quite hard to eliminate them entirely. And there are already some exceptions allowed for in certain cases. But, you know, it's a welcome initiative.

This export of waste really has to stop.

I think one of the issues here is the relatively low recycling rates. And recycling plastic is a wicked problem … because the consumer has relatively little control over plastic use. I mean, half the things you buy in the supermarket come wrapped in plastic. It takes a considerable effort to avoid that.

Recycling is always going to be more expensive than using the raw materials, which are a byproduct of petrochemicals. And one effect of the pandemic was this crash in oil prices, which has made the raw materials even cheaper. So we are facing essentially a systemic problem. 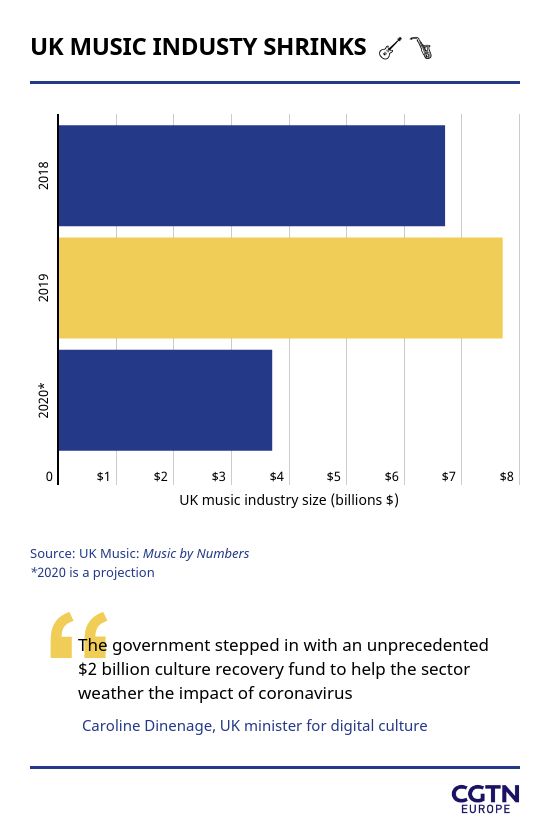