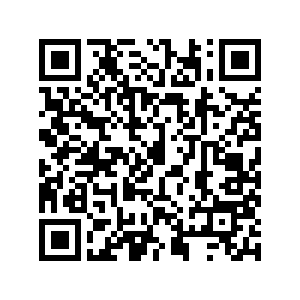 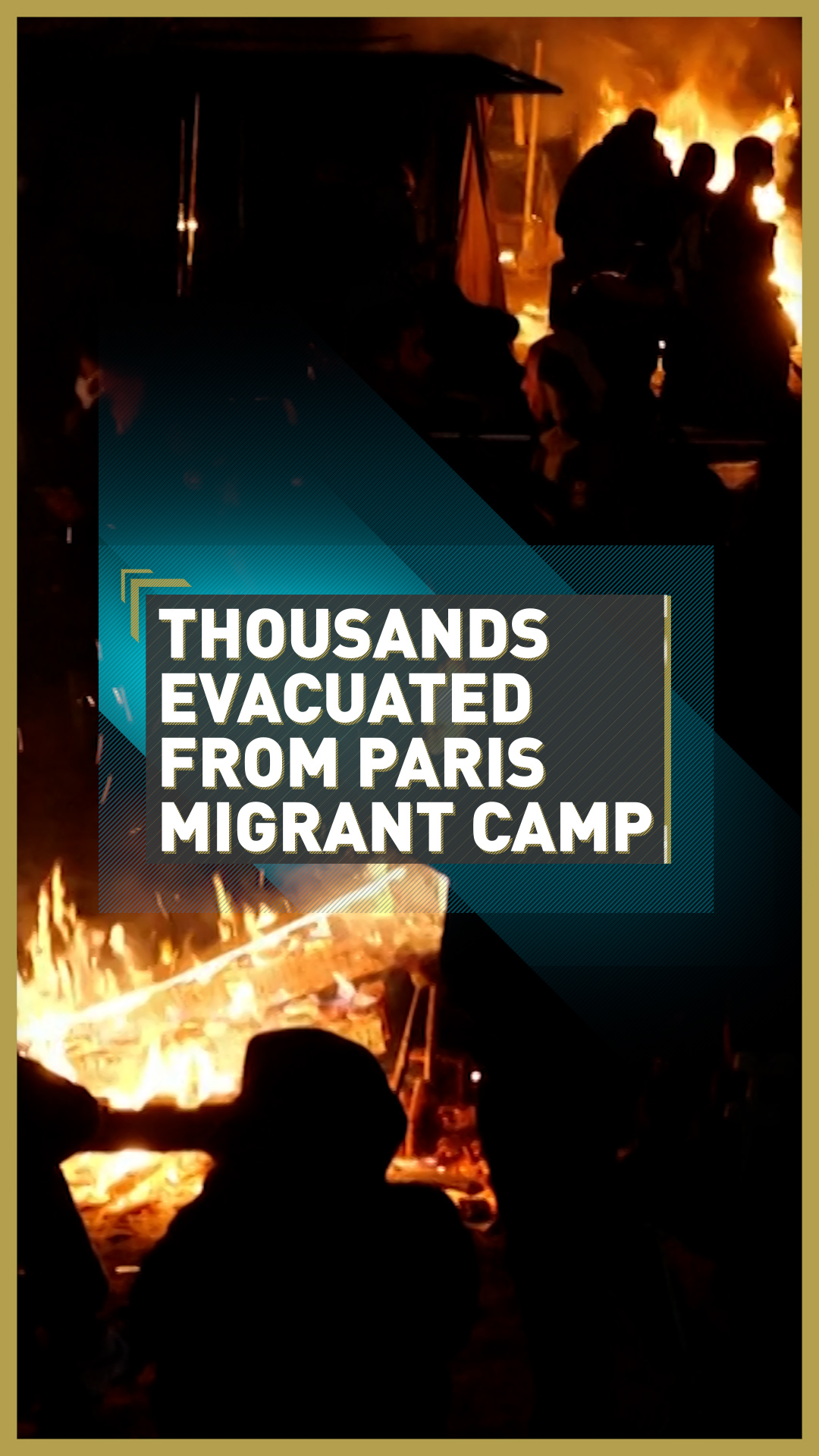 More than 2,000 people were forcibly removed from a makeshift migrant camp in Paris – the latest evacuation in what some have called an "endless and destructive cycle."

The evacuation of the migrant camp in the north of Paris, next to the Stade de France stadium, started at 4:30 a.m. local time on November 17.

But the first of the 70 buses used to transfer them did not leave the area until 10 a.m..

According to Reuters, the evacuation was mostly peaceful, but tear gas was used while one group was entering a bus.

The estimated 2,500 people were then taken to be tested for COVID-19 and then to temporary accommodation.

The migrants, mostly from Afghanistan, Sudan and Ethiopia, were taken to 26 gymnasiums and centers around Paris if they tested negative for the virus. 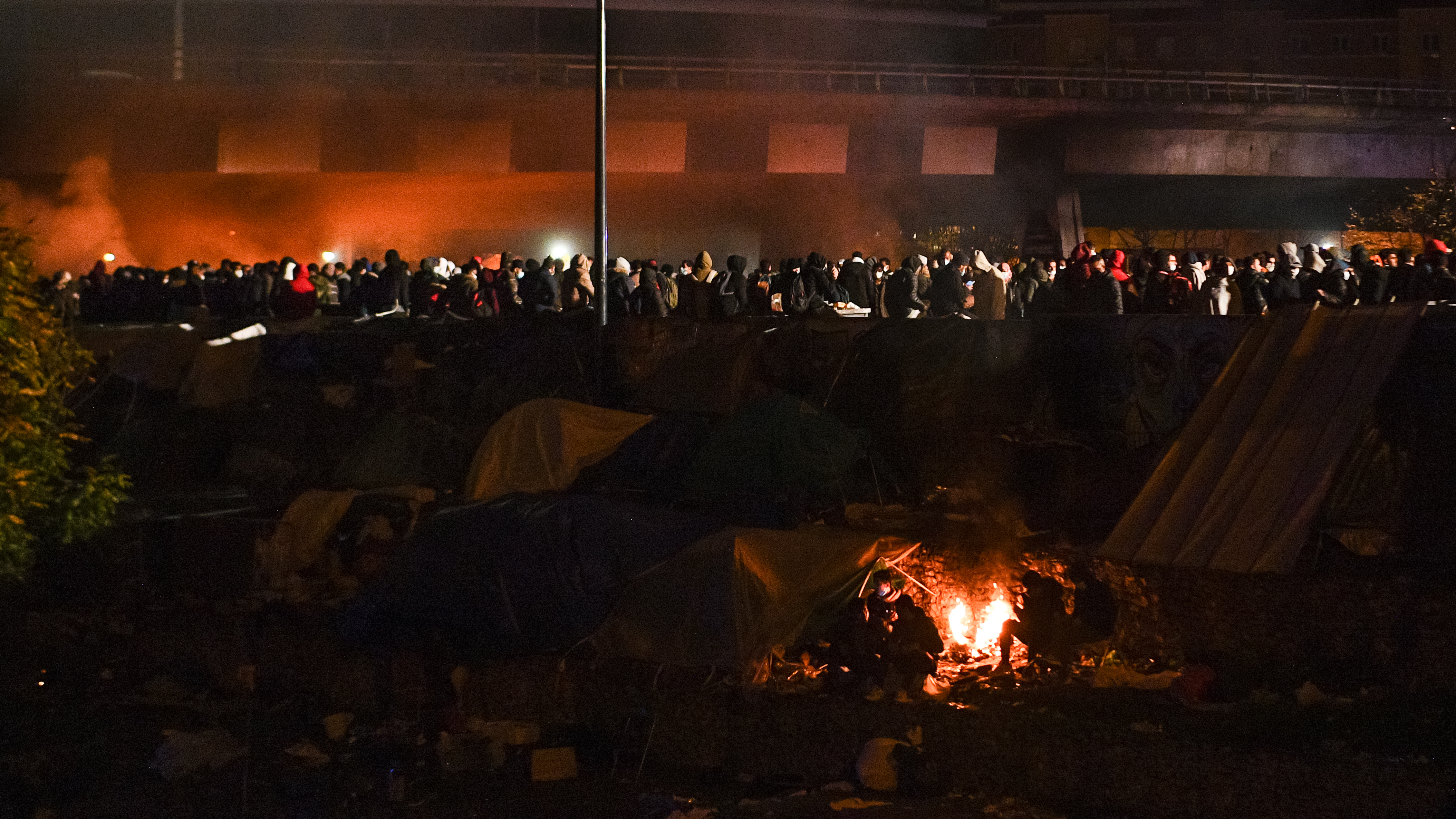 People lining up at the start of the evacuation. /AFP/ Christophe Archambault/

People lining up at the start of the evacuation. /AFP/ Christophe Archambault/

In response to the camp removal, Paris police chief Didier Lallement said in a statement: "These camps are not acceptable. This operation takes place to ensure that people in a regular situation are sheltered and those in an irregular situation are not intended to remain in the territory."

The camp was also seen as a COVID-19 risk as there was no running water on-site, so people were unable to wash their hands regularly.

Several non-government organizations have also raised concerns that migrant camps could be a hotbed for coronavirus.

Before this evacuation, the French branch of the charity Doctors Without Borders, Medecins sans Frontieres, tested 800 people from different migrant centers in Paris and found that 50.5 percent came back positive for COVID-19.

The charity blamed overcrowding in centers for this high positive rate.

Louis Barda, the head of Medecins sans Frontieres' Paris branch, told AFP that it was also impossible for people to social distance in the camps. "These people are being locked down outdoors," he said. 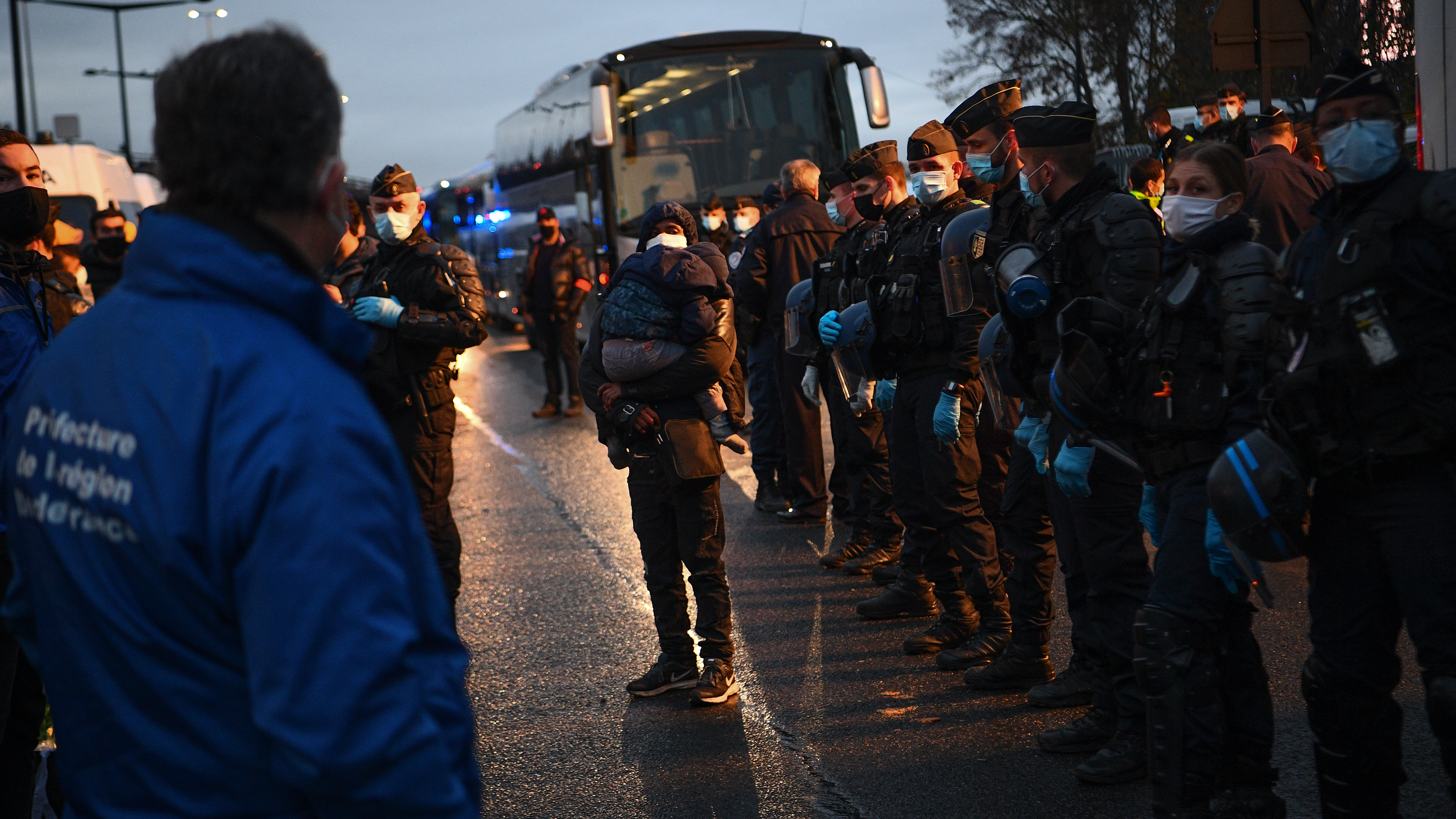 The police lining up in front of the buses used to take the evacuated migrants to testing centers. /AFP/ Christophe Archambault/

The police lining up in front of the buses used to take the evacuated migrants to testing centers. /AFP/ Christophe Archambault/

Others have criticized the repetitive cycle of camp closures.

Philippe Caro, a volunteer at the evacuation, told Reuters that these types of removals are becoming predictable. "It's now close to 70 evacuations and each time it's the same thing," he said.

"We know what happens next. We know that people will end up in the street. [And] we know that emergency housing doesn't last."

A collation of 29 migrant advocacy groups also signed a letter criticizing the recent evacuation, calling it part of an "endless and destructive cycle."

They argued that 75 percent of the people forcibly removed from the streets to temporary shelters would eventually find themselves back on the streets in an illegal camp, to only have those camps then dismantled.

As an example, the letter referenced an evacuation of 2,000 people from another camp in July 2020.

They said that within weeks of being removed from the camp, hundreds were already back on the streets.

"Constantly pushed back, harassed, chased away or even abused by the police, some of them finally settled even further on the outskirts," the letter said.

"Access to food, water, hygiene, healthcare, rights and information [for these migrants] are more difficult than ever."

The letter also called for the government to supply "suitable accommodation" for the 70 percent of people living in informal camps who had applied for asylum status in France.