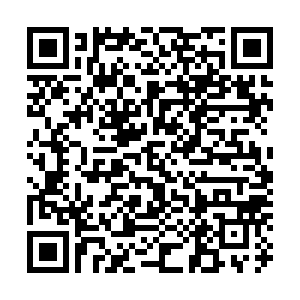 "Huawei's consumer business has been under tremendous pressure as of late. This has been due to a persistent unavailability of technical elements needed for our mobile phone business."

That was the reason tech giant Huawei gave for its decision to sell all business assets related to its low-cost mobile phone brand, Honor. Huawei signed the deal with Shenzhen Zhixin New Information Technology and added in its statement that "this move has been made by Honor's industry chain to ensure its own survival."

Another company feeling the pinch, albeit in a different industry, is low-cost airline easyJet, which has rather unsurprisingly reported its first annual loss in its 25-year history due to the COVID-19 pandemic. But in an effort to remain optimistic, the airline has said it has high hopes for the near future, as news of recent vaccine discoveries has already boosted flight bookings.

In other news, leaders of the BRICS nations (Brazil, Russia, India, China and South Africa) virtually gathered today for the 12th BRICS summit and called for further cooperation in trade and investment, the fight against COVID-19 and terrorism, as well as environmental protection.

Scroll down to read our interview with Jim O'Neill, the economist who first coined the term BRICs – becoming BRICS to include South Africa in 2010 – for more on the significance of this emerging-markets bloc.

While you're there, take a look at today's graphic which breaks down some of the numbers around the Asia-Pacific Regional Comprehensive Economic Partnership (RCEP) free trade deal, mentioned in yesterday's newsletter.

Chinese tech giant, and the world's second-biggest smartphone maker, Huawei, is selling its low-cost smartphone brand Honor to a consortium of more than 30 agents and dealers in a bid to keep it alive, the company and the consortium have said. The deal comes after U.S. government sanctions have restricted supplies to the Chinese company on the grounds that it is a national security threat – which it denies.

For the first time in its 25-year history, low-cost airline easyJet has reported an annual loss of £1.27bn ($1.68 billion) as revenues more than halved due to the impact of COVID-19 on the travel industry. But in a brief respite, easyJet said its bookings jumped by 50 percent on the day there was positive news about a coronavirus vaccine.

Germany's finance minister Olaf Scholz has said his government's coronavirus aid package to compensate firms affected by lockdown measures in November will amount to roughly 14 billion euros ($16.6 billion). As part of the new round of relief measures, companies can get up to $238,000 a month to cover fixed costs such as rent, while solo entrepreneurs can get up to $6,000.

The UK and the U.S. have signed a deal allowing the two countries to continue existing operations as they did under the EU-U.S. open skies deal, as the UK prepares for the end of its transition period with the European Union. Before COVID-19, tens of millions of passengers a year traveled between the countries, contributing to a trading relationship with the U.S. worth more than $305 billion, the UK's Department for Transport said in a statement.

German car maker Daimler will cooperate with China's Geely auto company to build its next generation of engines, German business newspaper Handelsblatt has reported, citing company and industry sources. The paper reported that most of the engines will be made in China and that the Daimler-Geely pact would save the German car maker an amount anywhere between 100 million euros ($119 million) to less than a billion.

U.S. e-commerce giant Amazon is expanding into yet another industry with its launch of an online pharmacy for delivering prescription medications in the U.S., increasing competition with drug retailers such as Walgreens, CVS and Walmart.

German biotech firm CureVac is building a broad European network with partners to allow it to ramp up manufacturing of its experimental COVID-19 vaccine so it can produce up to 300 million doses in 2021 and up to 600 million in 2022. The company said it wants to build the network using expertise and capacity in Germany, France, the Netherlands, Belgium, Spain and Austria, plus potentially Sweden, Poland, Italy and Ireland. It expects to announce partnerships in the coming weeks.

U.S. billionaire Elon Musk's personal fortune increased by more than $15 billion as shares of his company, Tesla, rose 11 percent on Tuesday following news it had been accepted into the S&P 500, a major U.S. stock market index, adding around $40 billion to the value of the electric car maker.

WATCH: COVID-19 was probably already circulating in Italy by September 2019, according to scientists at Milan's National Cancer Institute (INT), months before the virus was first documented in the Chinese city of Wuhan. 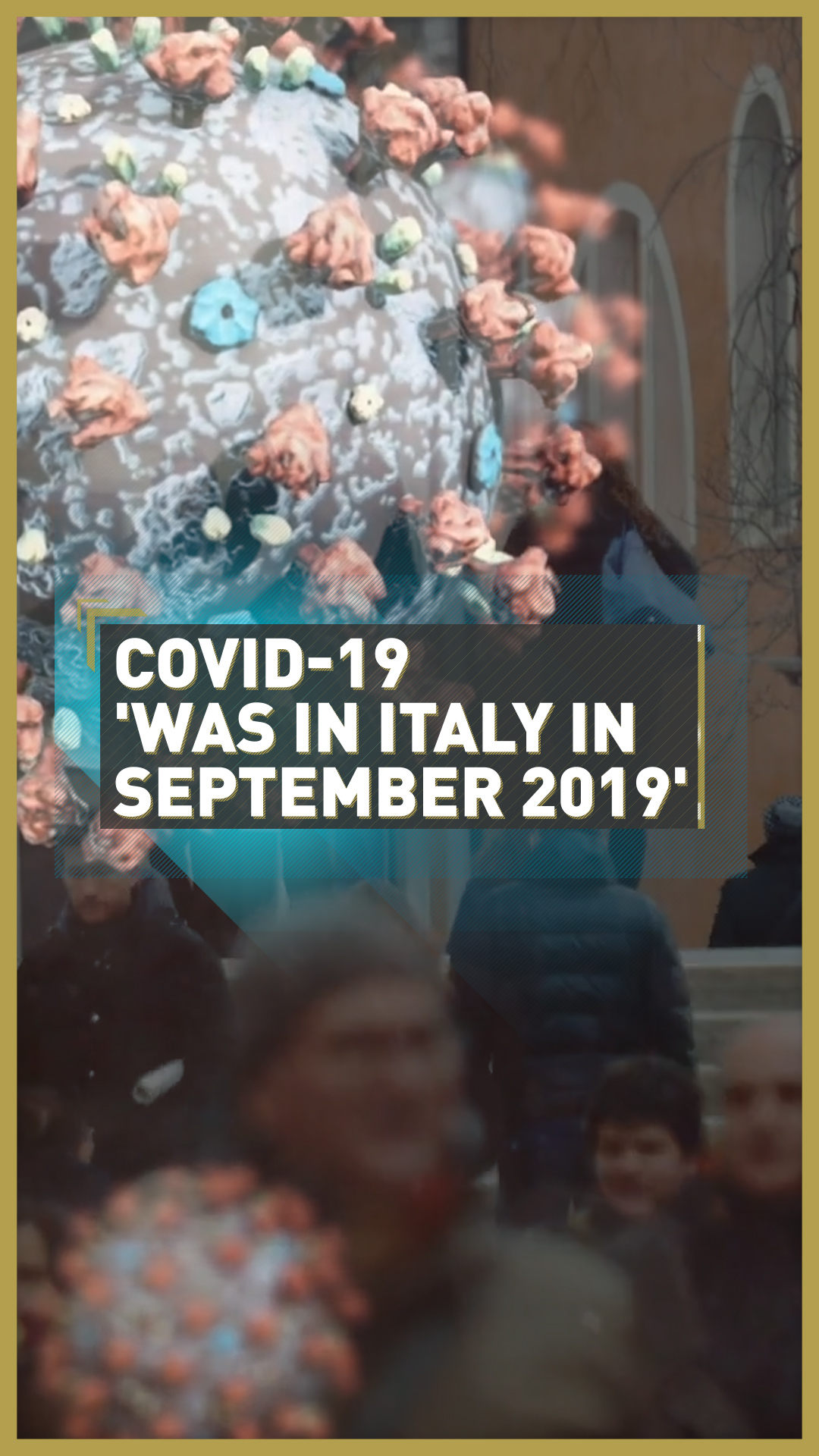 Economist Jim O'Neill devised the acronym BRICs (later BRICS) to describe the group of major emerging economies. He spoke to CGTN as those nations met (virtually) for their annual summit.

How different is the BRICS group of economies from 20 years ago?

Economically, BRICS is increasingly dominated by the role of China.

China is twice the size of all the other four BRICS countries put together. And that's partly because China has done by-and-large so well over the whole of those years, but also reflects that some of the others, particularly Brazil, Russia and South Africa, have done so poorly.

What is the significance of BRICS for the rest of the world?

Statistically, the BRICS group collectively are about close to four times bigger than they were 19 years ago, but that's because of just two of them, China and India.

South Africa is actually slightly smaller than 19 years ago. And remarkably for Brazil and Russia, after having a very good first decade where their share of global GDP rose notably, today, they are both back, similar to the share of global GDP they had when I created the acronym.

What is your reaction to the China-India challenges?

It's a shame because, given the population size of India and China and given India's dynamics of its population, if India and China truly cooperated, the potential positive consequences just between those two would be enough to have a huge impact on both countries and the world economy.

What does the post-pandemic future look like for BRICS?

So, because of the importance of the vaccine discovery, I actually personally believe that in 2021 we're going to have a very strong economic expansion around the world. And probably those countries that have suffered most, once, importantly, they get to using a vaccine – there's a big difference between discovering vaccines and vaccination – but once they do, this is going to be really important for causing their growth to rebound sharply. 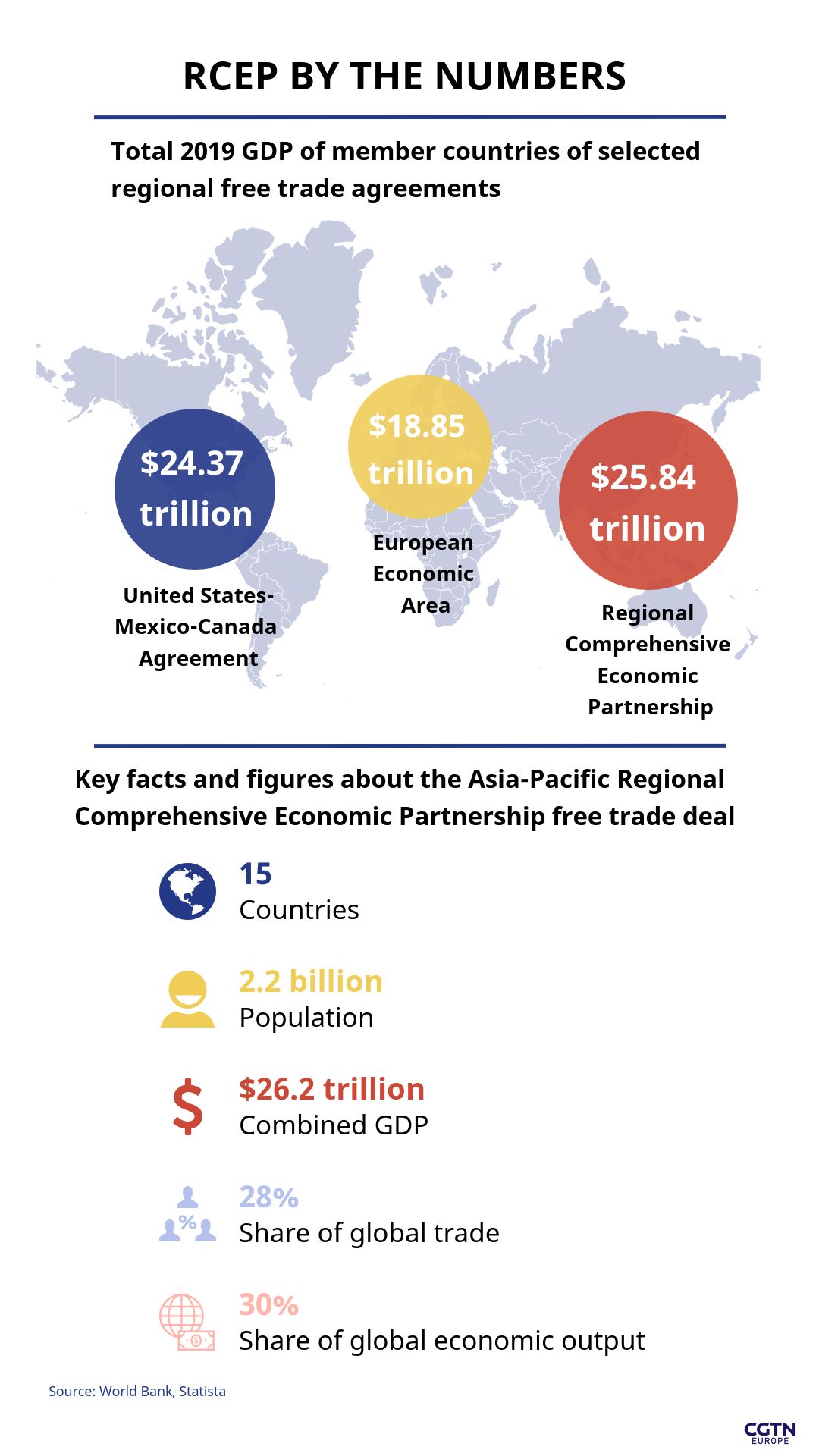