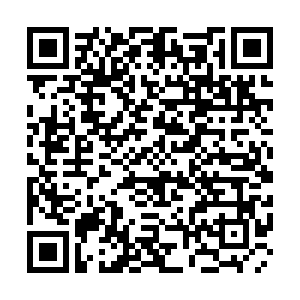 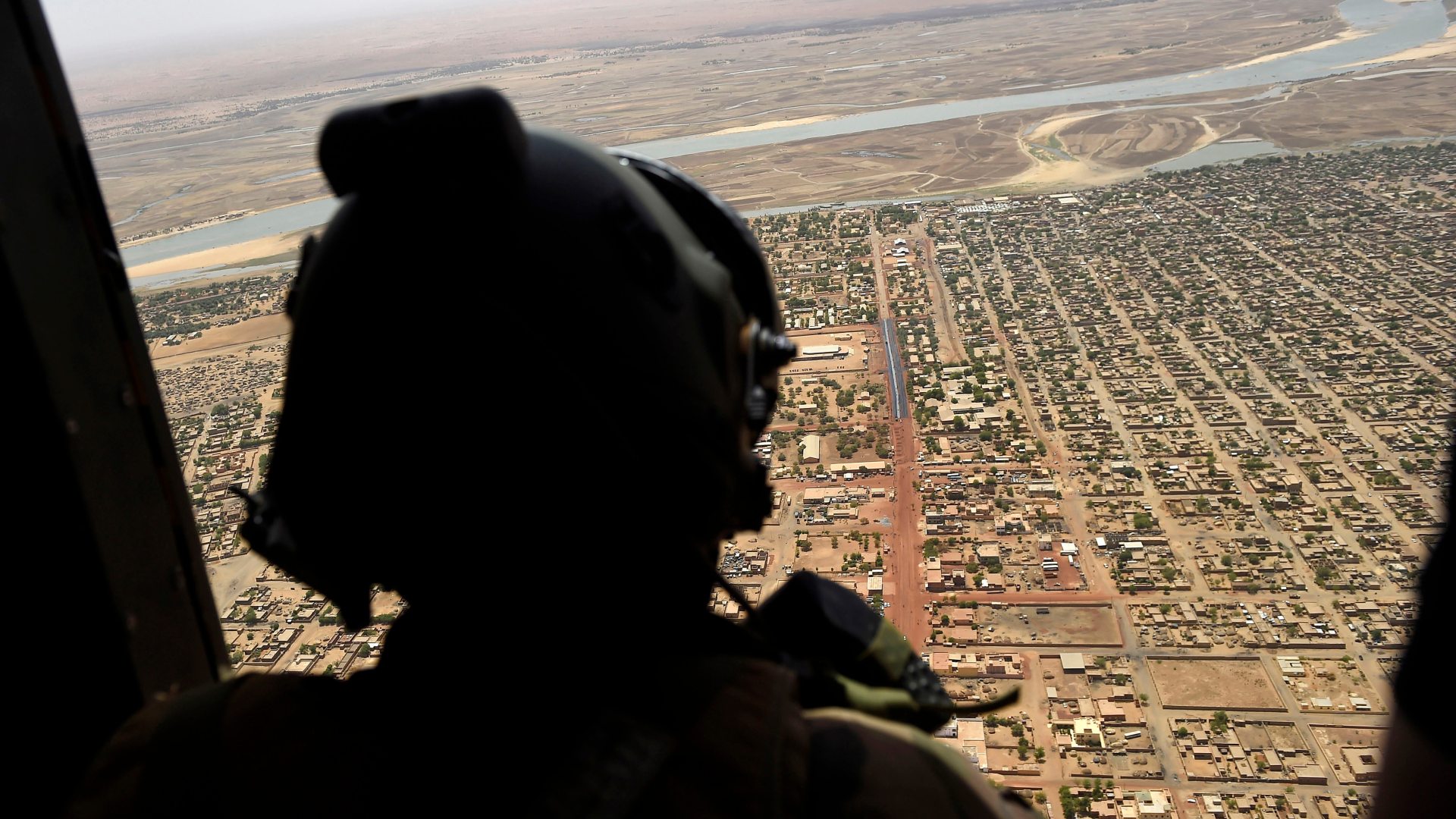 A French soldier looks out of a military helicopter. /AP/ Christophe Petit Tesson/

A French soldier looks out of a military helicopter. /AP/ Christophe Petit Tesson/

French forces have killed a "top military jihadist" in Mali, according to the country's defence ministry.

France's Defence Minister Florence Parly said Bah Ag Moussa, a member of an Al-Qaeda-affiliate group, Jama'a Nusrat ul-Islam wa al-Muslimin (JNIM), was responsible for attacks against both local and international forces in the West African nation and was in charge of training new recruits.

While his death was announced on November 13, he was actually killed three days earlier in an operation by France's anti-jihadist forces, which required the use of land troops and helicopters.

Bah Ag Moussa's death is also symbolic, as it was announced on the fifth anniversary of the 2015 Paris terrorist attacks.

Parly added on Twitter: "I congratulate our soldiers for this success which deprives Iyad Ag Ghali [the leader of JNIM] of one of his main assistants.

"Their commitment, their courage and their selflessness make us strong and proud."

Other successful assassinations have been carried out by French forces over the past couple of months, including the killing of Abdelmalek Droukdel in June.

Droukdel was the leader of al-Qaeda in the Islamic Maghreb (AQIM) before he died. However, his death was considered a symbolic victory more than a practical one, as he was not directly involved in ground operations when he died. 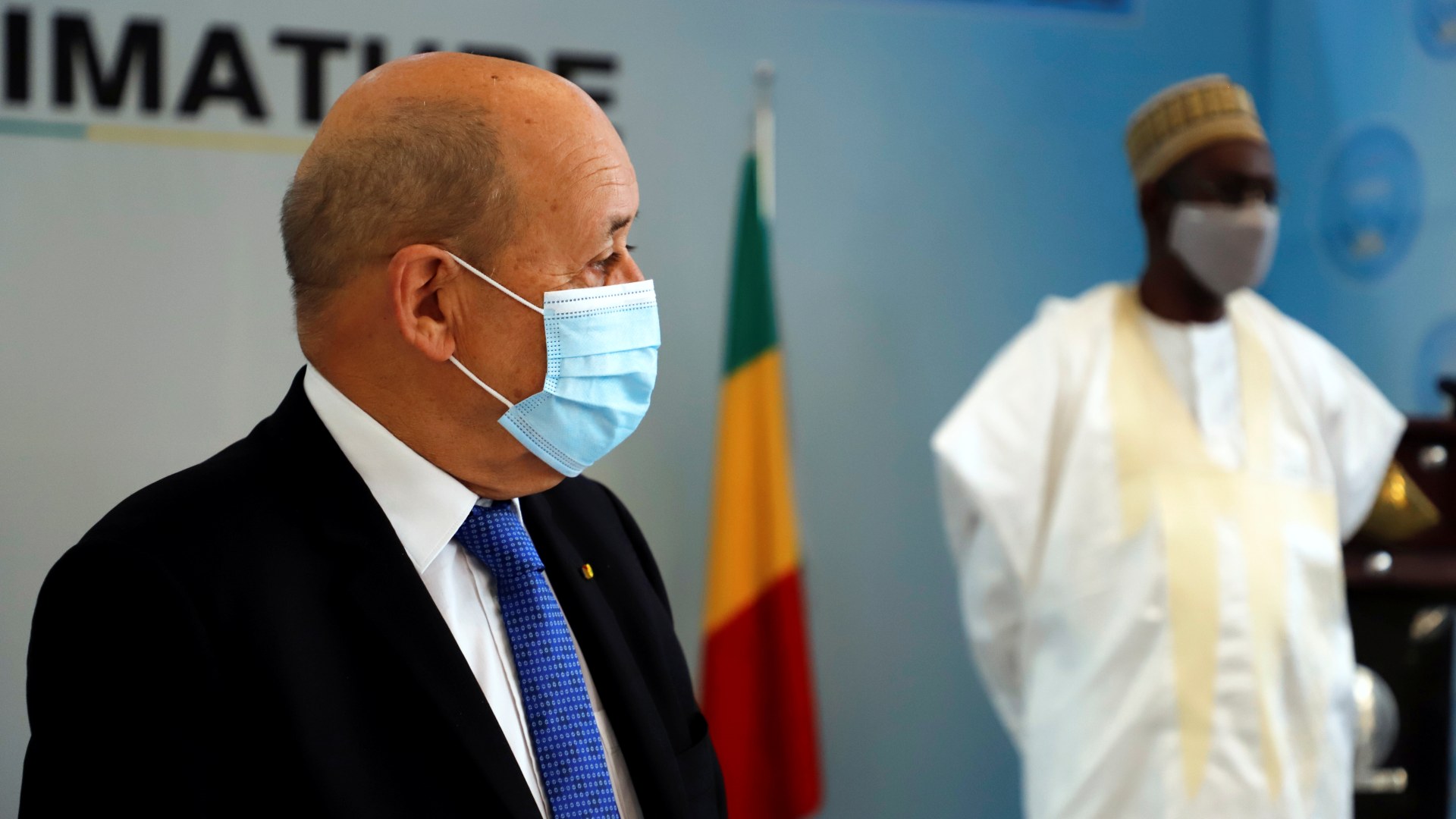 French forces have been stationed in Mali for more than half a decade, with the military action starting in 2013.

There are currently 5,100 French soldiers and an additional 13,000 United Nations troops attempting to root out multiple jihadist groups in the area.

However, according to analysts, France has made little ground towards a military victory in Mali, as the conflict has extended to the country's neighbors, specifically Burkina Faso and Niger.

AFP also reported that France wants to cut back the number of troops it has in the country, in favor of a stronger European commitment to stabilize the region.

And in October, France's Foreign Minister Jean-Yves Le Drian and Mali's interim Prime Minister Moctar Ouane disagreed on whether there should be attempts to negotiate with armed groups.

After a meeting between Ouane and Le Drian, the Mali PM told reporters: "The conclusions of the inclusive national talks ... very clearly indicated the necessity of an offer of dialogue with these armed groups."

He added: "We need to see in that an opportunity to engage in far-reaching discussions with the communities in order to redefine the contours of a new governance of the areas that are concerned."

However, Le Drian disagreed. He replied: "Let's say things very clearly: There are peace accords ... and then there are terrorist groups that have not signed the peace accords.