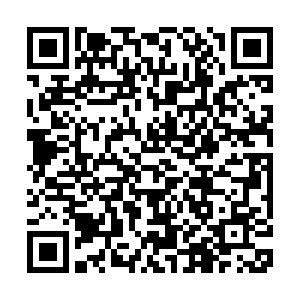 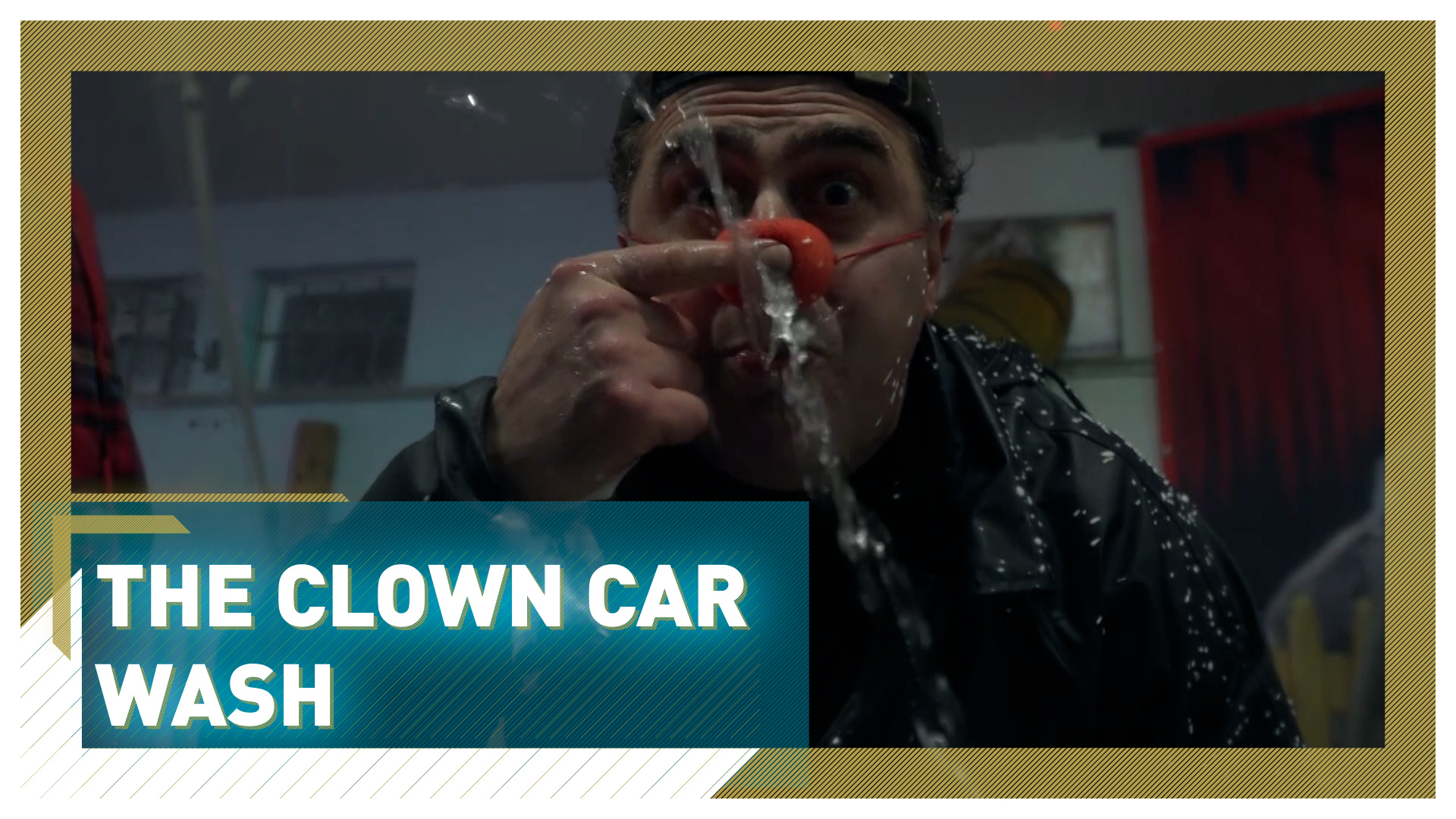 What do you get when you combine COVID-19 with a world-famous circus and dirty cars? A clown car wash, that's what!

This may sound like a joke, but it is very real. Circus Krone, one of Germany's most famous, had not been able to perform its year-round show since mid-March because of the coronavirus pandemic, so put its clowns to other uses.

Martin Lacey, Krone's director, says: "Our touring show closed, our building here in the middle of Munich had to close. Everything was canceled. Everything. We have 250 people working for us, so we had to think of lots of different ideas."

One of those ideas was to create the world's first clown car wash, which has proved to be a huge hit.

Every weekend, vehicles wait their turn down the street, but Martin admits that it's probably not the car wash people are coming for.

Lacey says: "We always say in German 'vielleicht nicht perfekt, aber lustig,' that means 'maybe it's not perfect, but you are going to have fun.'" 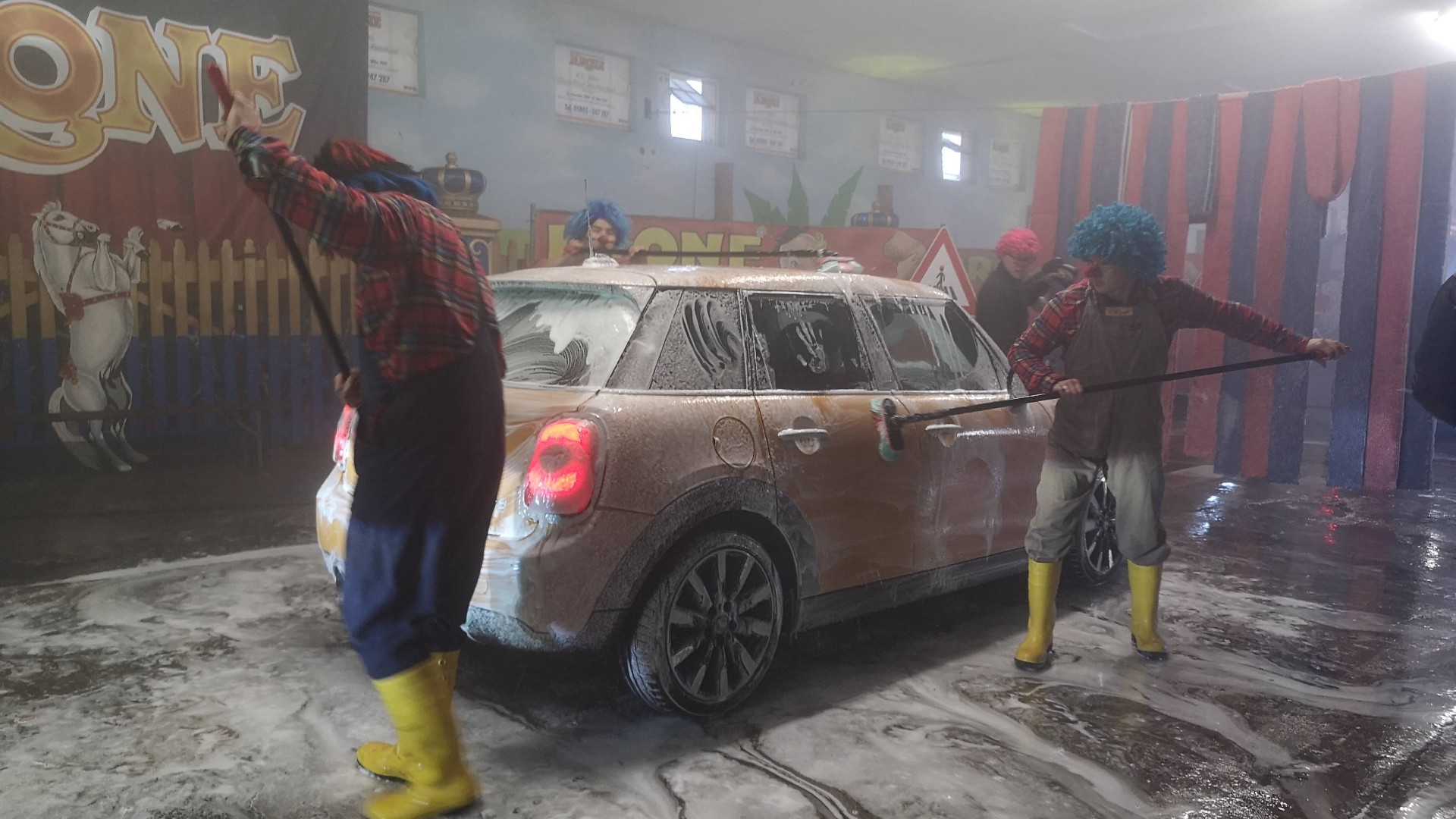 Clowns clean a car and entertain its occupants, with traditional performances on hold because of COVID-19. /CGTN

Clowns clean a car and entertain its occupants, with traditional performances on hold because of COVID-19. /CGTN

And "fun" is what Circus Krone has been offering the German public for more than a century with its touring shows and 3,000-seat permanent performance venue, which has been in Munich since 1919.

The clown car wash not only helps Circus Krone stay financially afloat but also keeps it relevant in the community amid COVID-19 closures.

"We've provided fun for the family for over 100 years, therefore we said, 'it's our responsibility, so let's do it for our public,'" says Lacy. "They'll have fun, plus the artists are not in a depressed way. I think all families need that now in this difficult time with COVID-19. Everybody is affected."

The car wash is full of clowning around. One sprays down the car with soapy water, while another scrubs the vehicle. Another throws a pie at the windscreen, while another squirts water at the kids through the side windows.

Once the car is clean, big satin curtains open to reveal a traditional circus scene complete with a strong man, fire-breather and acrobats.

There is a lot going on and all from the comfort, and social distance, of your own car. 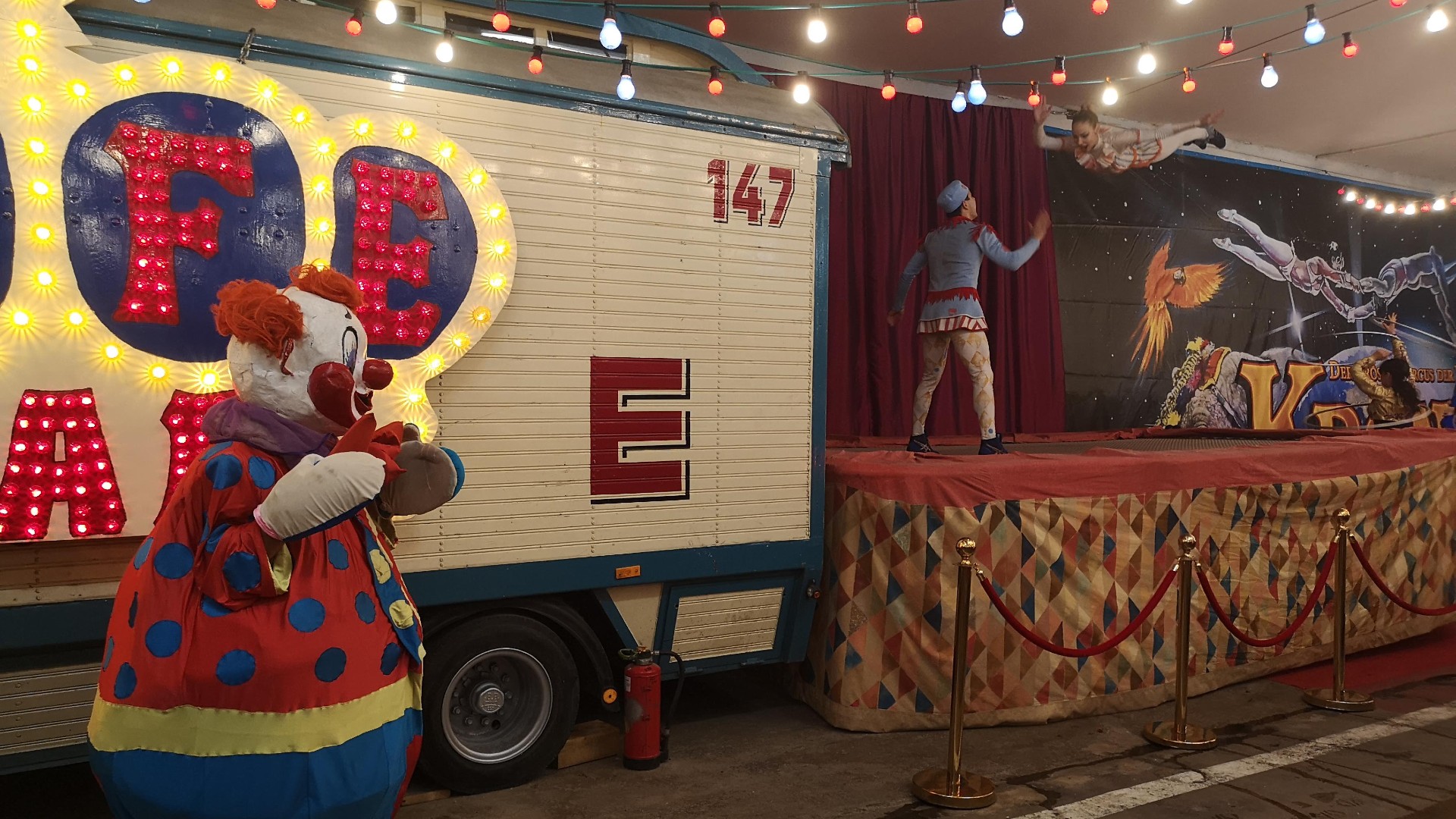 Customers are treated to a variety of acts, including high-octane trampolining. /CGTN

Customers are treated to a variety of acts, including high-octane trampolining. /CGTN

Munich resident Rheinhart Secher and his family have been through the car wash many times.

"It was great, super!" he says. "The jumping and the trampoline were also great. The people were great and it's a great idea. This is what should happen everywhere, being creative."

The pandemic has presented a world of challenges for businesses. Many have struggled to retain staff or even keep their doors open, yet Circus Krone's ability to adapted its business model along with Germany's Kurzarbeit program, which pays a percentage of lost wages to employees who have had their hours slashed, means this family-run business has not let any staff go. 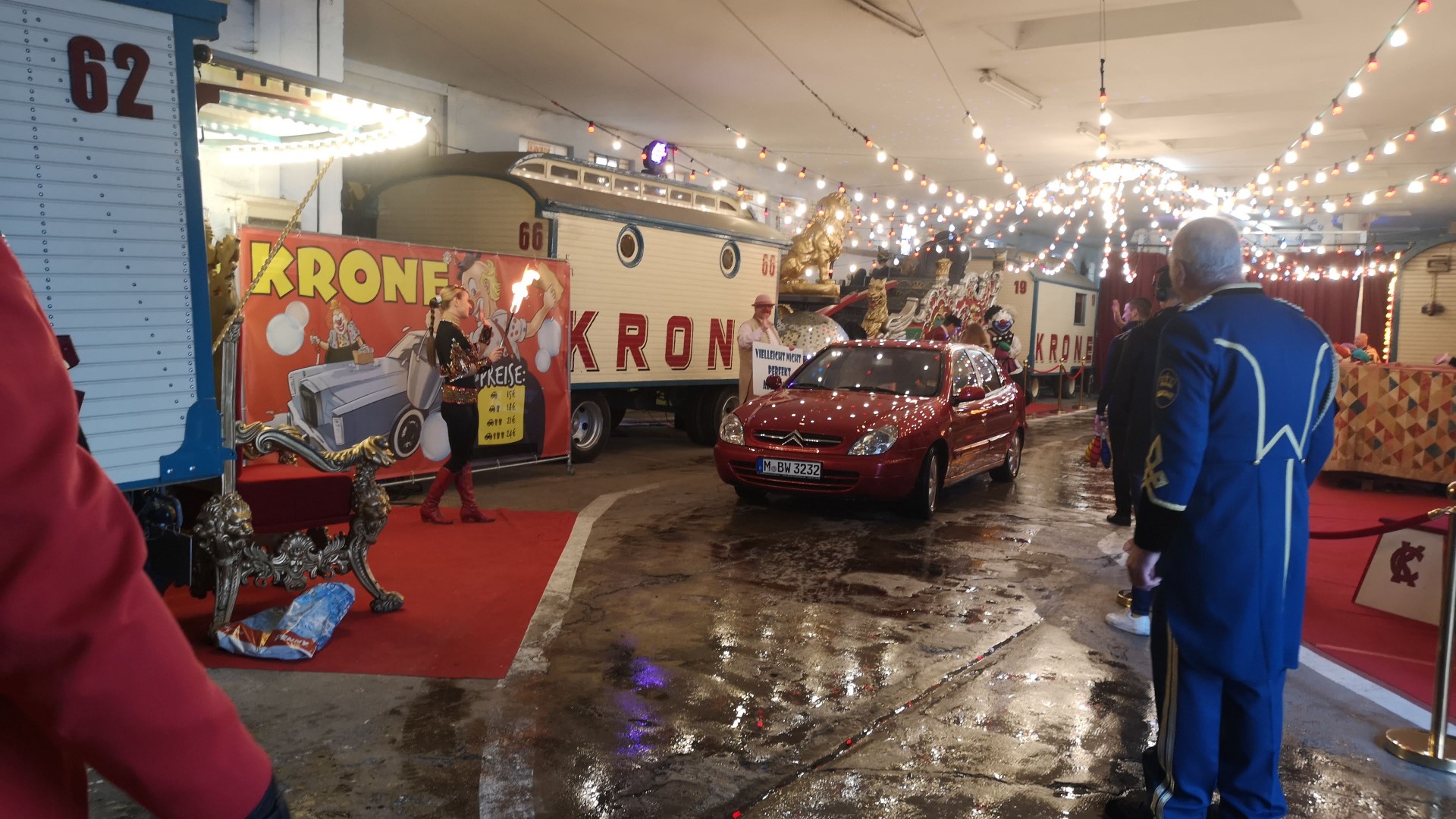 Customers enjoy fire-breathing performances after getting their car cleaned. /CGTN

Customers enjoy fire-breathing performances after getting their car cleaned. /CGTN

According to Nikolai Tovarich, the ringmaster, it's only natural for the circus to adapt to the changing times.

"Circus is circus. It's a different lifestyle from anything else on this planet," he says. "I mean, the circus has existed in its modern version for about 250 years. The circus was the first form of entertainment that went to the people. We are the masters of improvisation. We adapt to any situation."

Circus Krone has also opened its old animal sanctuary on the outskirts of the circus to the public and started selling lion dung.

"We've sold over 20,000 jars of poop," says Lacy. "It keeps the cats away from the garden and we're sold out every morning."

Management has come up with a hygiene concept in order to restart performances under the big top in time for Christmas, but authorities are waiting to see the effects of Germany's current "lockdown-lite," which ends in two weeks, before allowing public gatherings again.

Until then, if you want to go to the circus, head to a Munich car wash.