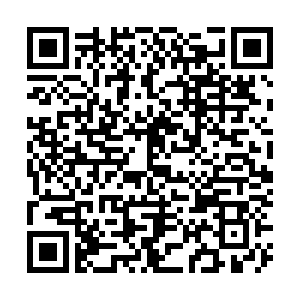 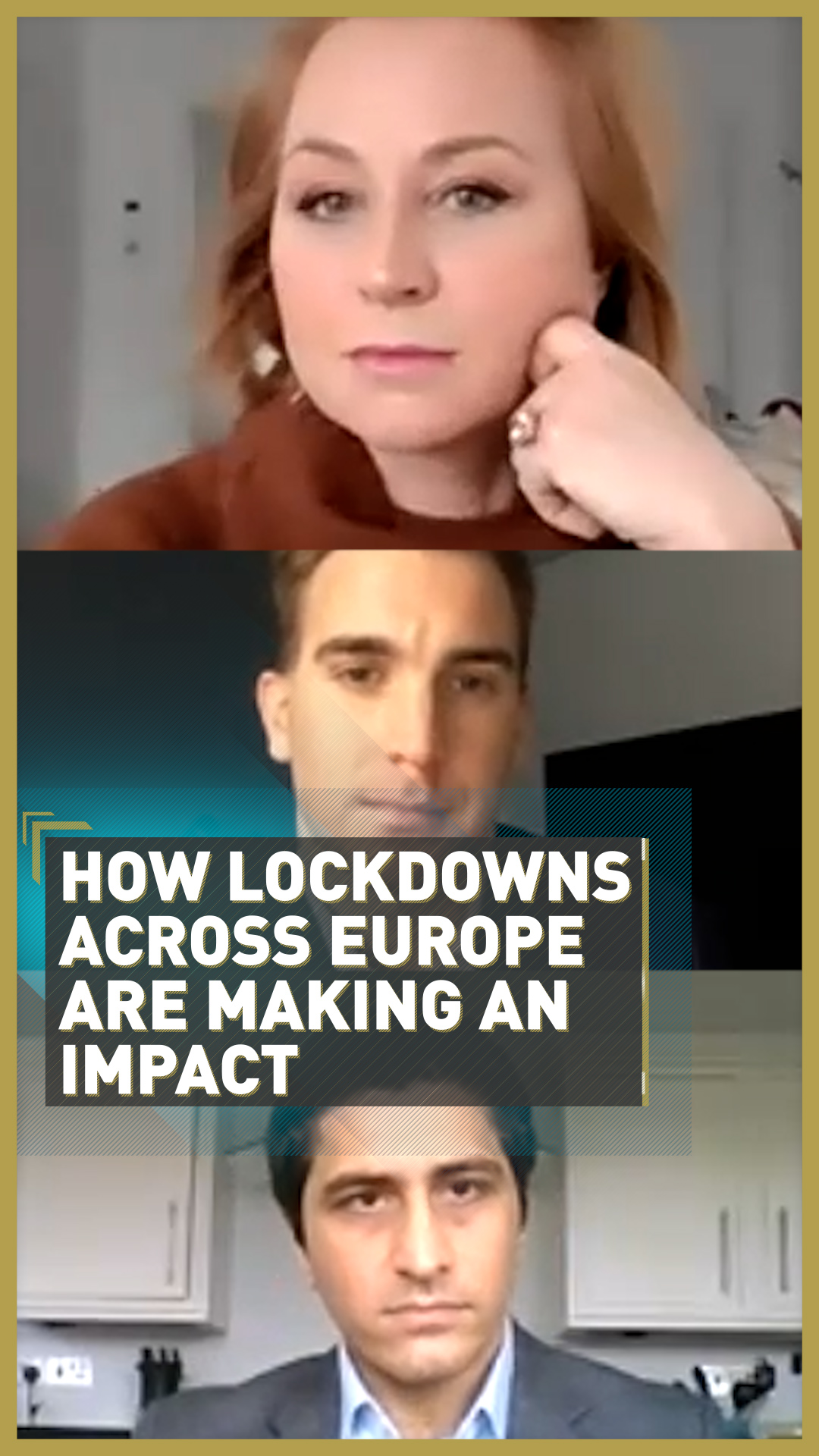 COVID-19 has had an impact in the furthest corners of the world and Europe has definitely been hit hard by the pandemic. So what is the current reality in Belgium, the UK and Germany?

Three of CGTN Europe's correspondents – Toni Waterman in Brussels, Nawied Jabarkhyl in London and Trent Murray in Frankfurt – share what the current situation is in the three countries, which are all coping with the coronavirus in ways that are similar, yet different.

Waterman says one of the key markers of how the coronavirus pandemic has been handled in Belgium is that the power has been largely decentralized down the local community level, so there are varying regulations in place across the country.

"What we have seen is really a patchwork of restrictions being put in place," she says. "You can literally cross the street and be obliged to stick to a whole different set of lockdown measures."

"The hospitals are now just starting to get some breathing room. So the government does not want to jeopardize what could be the beginning stages of a turnaround."

Waterman adds that the restrictions in place are not expected to change anytime soon and the incumbent prime minister, Alexander de Croo, has said it is unlikely that many of these restrictions are expected to be lifted until a coronavirus vaccine has been successfully discovered and is being rolled out. Belgium has the highest coronavirus death rate in the world and there has been some lack of trust and coordination between different localized responses. /John Thys/AFP

Belgium has the highest coronavirus death rate in the world and there has been some lack of trust and coordination between different localized responses. /John Thys/AFP

While not exactly the same, Jabarkhyl says that in the UK, the nations of England, Wales, Scotland and Northern Ireland have a lot of say over health policy and have been broadly able to chart their own course in dealing with the virus.

"Here in England, where the majority of the UK population lives ... it's back into its second lockdown of the year now, and it isn't as severe as the first one, it must be said, but it will last until December 2," says Jabarkhyl.

Murray says that while Germany, a country of 83 million people, has received a lot of praise for its handling of the coronavirus pandemic, a second coronavirus lockdown has been enforced, after months of the government saying it wanted to avoid another one at all costs. As with Belgium, Germany has a decentralized system, and the 16 states with their own governments and premiers were able to have a say on how the health crisis would be managed in each area.

"It's fair to say it's a real feature of Germany's past that those states like to avoid giving too much power to Berlin and the capital," says Murray.

"I think it was kind of surprising and a testament for Angela Merkel's leadership that coming out of that meeting, she did manage to get agreement with all 16 states and we saw the second lockdown then start."

Murray also says that this second lockdown is not as strict as the first, like the UK. Another similarity between the three countries is their focus on avoiding blanket coronavirus restrictions the second time around.

CLICK: WHY THE NEW CORONAVIRUS STRAIN HAS SCIENTISTS WORRIED

It is natural for people to feel drained from all of the restrictions in place and Waterman says that "COVID-19 is a very real thing in Belgium right now" and says that it is part of the reason why the numbers of this second wave have completely "blown the numbers from the first wave out of the water."

Surveys conducted show that about 80 percent of people were adhering to restrictions during the first lockdown, but the numbers have waned the second time around.

"You kind of walk around the streets and it doesn't really feel as if everybody who's a non-essential worker is working from home, because the traffic is at the same exact level," says Waterman, adding that the streets and roads are still teeming with people.

The death toll in the UK is one of the highest in the world, passing 50,000 on Wednesday.

However, Jabarkhyl notes that if the number of cases are looked at per 100,000 of the population, then "a country like Belgium is far more severely hit than the UK." 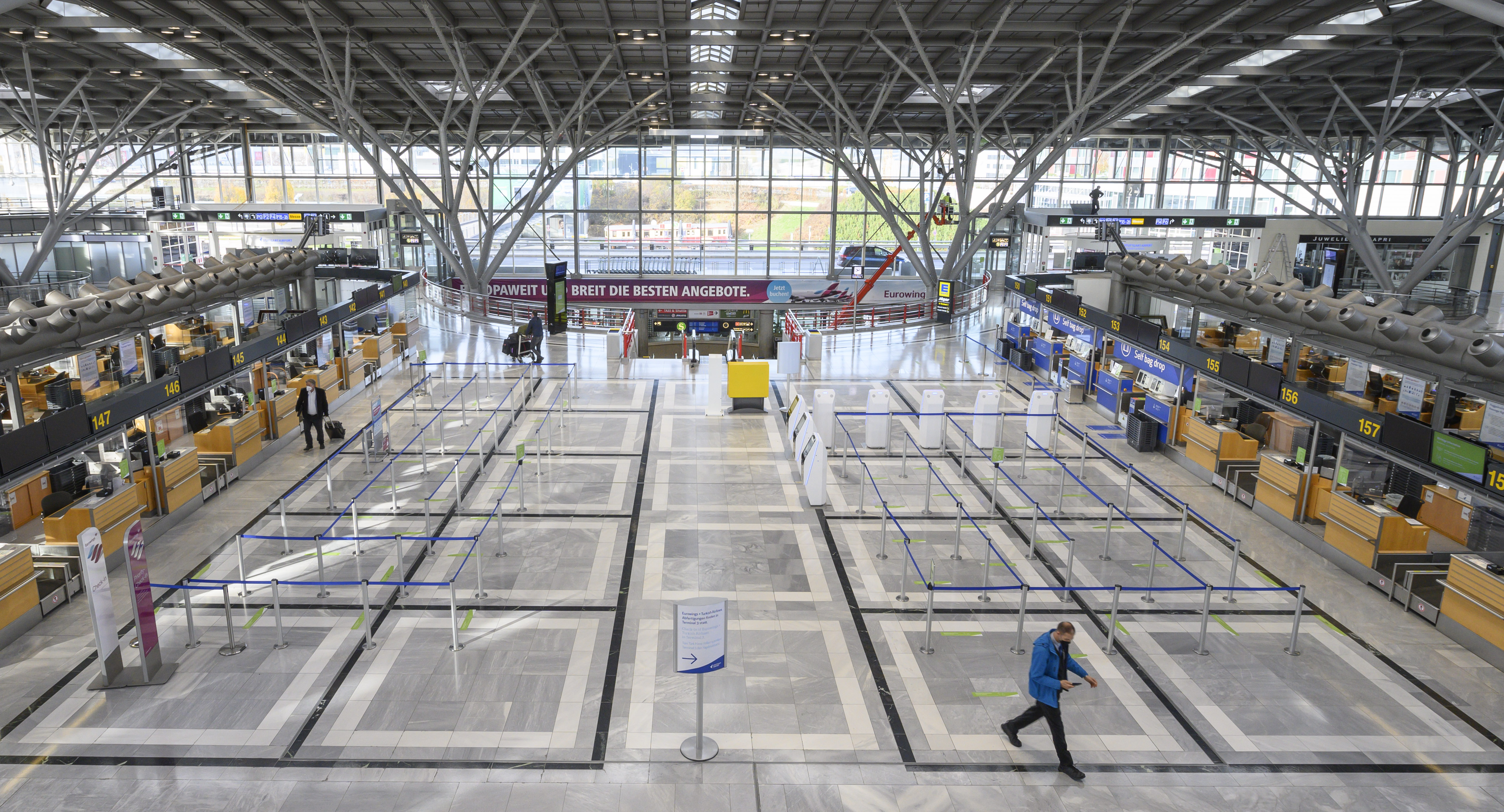 Travelers walk past empty check-in lanes at the airport in Stuttgart, southern Germany, as international travel remains at a standstill. /Thomas Kienzle/AFP

Travelers walk past empty check-in lanes at the airport in Stuttgart, southern Germany, as international travel remains at a standstill. /Thomas Kienzle/AFP

Murray also adds that one of the contributors to the success of curbing the coronavirus in Germany is the obedience of the general population.

"I think that the society as a whole are pretty good at following the rules," he says. "I think you can see an example of that in the fact that Germany, a country much larger than the UK, really has a much lower death toll – the latest numbers we have are around 12,000."

With society across the countries closing down in the lead up to the busiest time of the year, what does the festive season look like for Belgium, the UK and Germany?

"As the health minister here has been stressing in recent weeks, with the cold winter weather starting to arrive, they do expect more people in hospitals," says Murray.

"They're trying to free up as much capacity as possible to make sure that even the near-bulletproof German health system, if you will, is able to hold up throughout the winter." 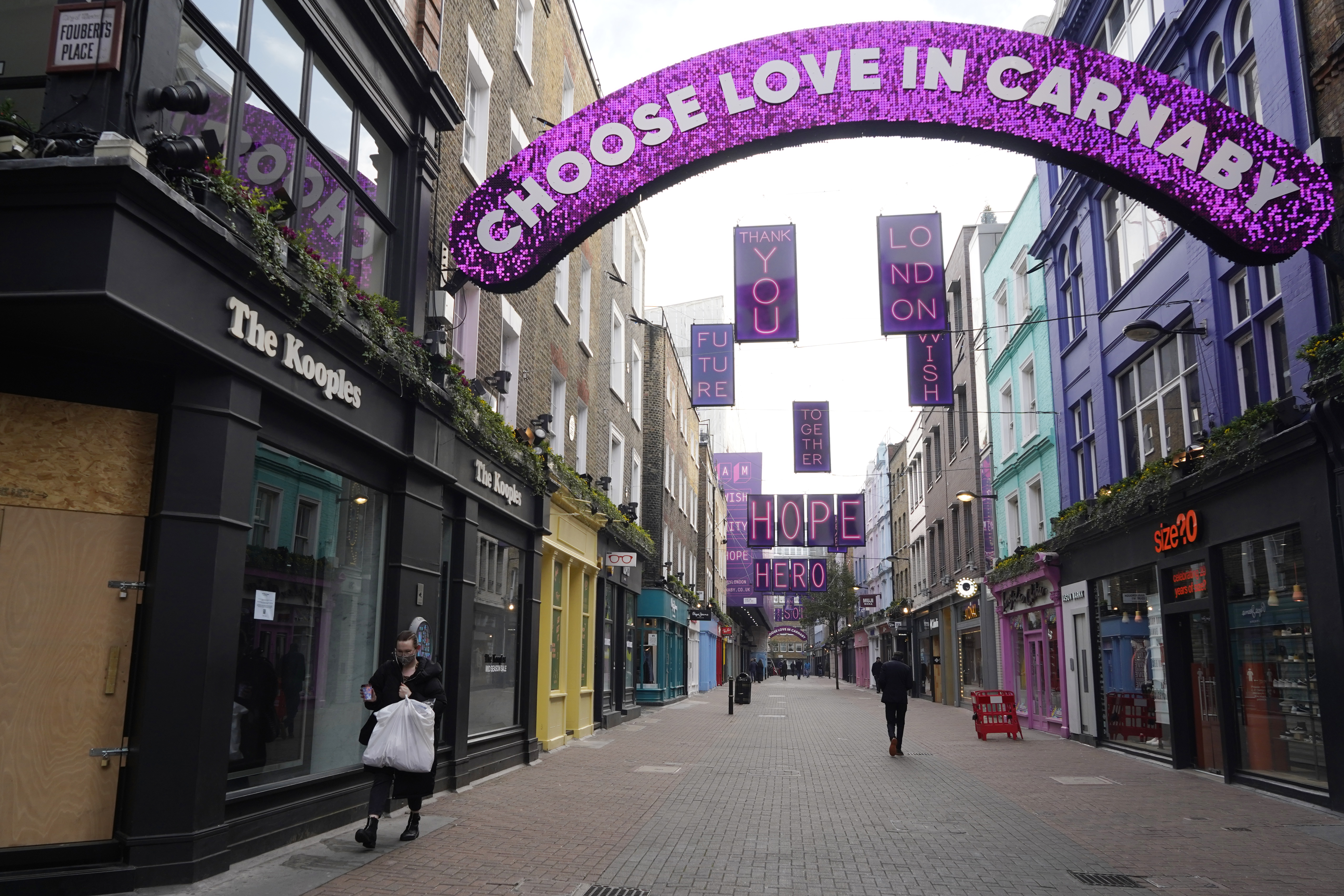 The normally bustling Carnaby Street in London is deserted amid a second partial lockdown in the lead up to Christmas. /Niklas Halle'n/AFP

The normally bustling Carnaby Street in London is deserted amid a second partial lockdown in the lead up to Christmas. /Niklas Halle'n/AFP

Jabarkhyl says the current lockdown, which is currently set to end on December 2, does not actually have a definitive end date and while there are hopes it will wind down after four weeks, if cases don't come down then there are whispers that it could be extended.

"Christmas is obviously a time when people want to spend it with their families, which means they're going to have to probably mix indoors. From what we understand, the sources close to the government say that there could be some sort of special exception allowed on that date."

Waterman, from Brussels, adds that while "everybody's hoping for a Christmas miracle," it unfortunately does not seem likely.

"Unless there is another vaccine that comes out that is viable, that has great efficacy, it's going to be a long time before these measures are actually able to be rolled back."